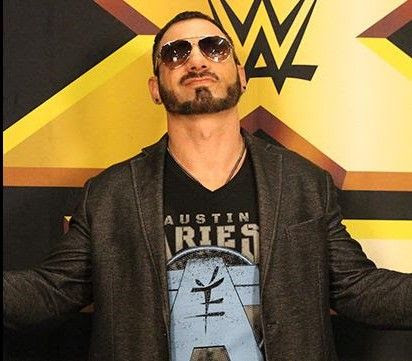 Though I watched it between TNA and WWE last week, I will begin things this week with Episode #225 of ROH TV simply because, yeah, I forgot about it last week.   It was fun to see Roppongi Vice open things up against the All Night Express.   RPG Vice has one of the best theme songs in all of wrestling right now and seeing Kenny King back in ROH is always funny.   ANX somehow got the win because of a misunderstanding as to who was the legal man at the time, but it just makes ANX look more like heels (even if that is not their intent) and it has people feel somewhat sympathetic for RPG Vice, who I feel should have a tag team title run one day.    Speaking of the tag team titles, War Machine also defended them against the House of Truth in an effort which House of Truth lost.   Truth Martini and Joey Daddiego tried to turn on Donovan Dijak after the match but Dijak was just too strong for them.    Prince Nana came out and suggested he was still interested in Dijak but why would he want to join another stable so quickly?

In the ROH TV main event for the week Dalton Castle defeated Jay Briscoe, Matt Sydal and Moose in a huge fourway match.    Since losing the ROH Title Jay Briscoe seems to be somewhat lost-- mostly tagging with his brother again-- and Matt Sydal hasn't really had a good shot at the title since leaving WWE some odd years ago.  I still don't think Moose is ready for a title shot, but Dalton Castle could prove to be the wild card in all of this and the star that ROH needs right now.    Part of me really wants to see Dalton Castle in either WWE or TNA before the end of this year but mostly I just want to see him lead ROH into a new era the way that Dusty Rhodes did all those years ago with the NWA.    Dalton Castle is legit and could be the man in ROH so long as they let him take the ball and run with it, so to speak.

WWE Raw this week was the type of show that we split into two parts because the first part was so boring and that's coming from the 90 minute Hulu replay.   Did anything exciting really happen on Raw?   No.   It seems like they're saving all of their fun for the Royal Rumble this weekend (I hope) and so everything about this week's episode just felt dialed in.   We did also catch up on "Main Event" and apparently Jack Swagger and Mark Henry are a tag team now.

On Impact this week James Storm and Bobby Roode had a nice fight to solidify themselves as a tag team known as Beer Money (Roode didn't seem bothered at all about losing the King of the Mountain Title), Mike Bennett made his Impact in ring debut and obviously won and it appeared as if Crazzy Steve and Abyss attacked the American Wolves, perhaps setting up a future match there.   Gail Kim successfully defended the KO Title against Awesome Kong because even though Kong had the Doll House on her side The Beautiful People came out to help Gail Kim.    Are there any women in TNA who wrestle and weren't a part of this match?   Because it doesn't feel like it.

The big story coming out of Impact is that Matt Hardy joined forces with Tyrus, turned heel and became the new TNA Champion.   Does this mean EC3 is a good guy now?  Will people feel sorry enough for him to get a decent face push?   I'm not really sure, but let me tell you this.   Matt Hardy defeated EC3 for the title but it got overturned due to a legal infraction because Jeff Hardy was the referee.    This brought upon a seemingly neverending tournament where everyone including Gail Kim had the chance to become TNA Champion.   The finals of this tournament came down to EC3 and Matt Hardy- which was where we started- and EC3 actually won the match clean with no outside help or anything.

So now we have Matt Hardy having to cheat to win to get the title back and I'm just wondering if EC3 isn't going to file another lawsuit and send us into a neverending loop where the title does what it has been doing for the past few months all over again.   Why didn't Matt Hardy just turn heel at the finals of the tournament?   Why didn't Matt Hardy turn heel when he had the first shot at the title before all of the tournament nonsense went down?   These are things we shall never really know, and since TNA seemingly has wasted so much time at the end of 2015 let's hope that their 2016 can be better.    If they don't do something about this whole Matt Hardy heel turn-- if it doesn't play out well-- then TNA might be looking for a new television home again before the year is up.

On the other hand, we have a show like NXT which has returned for its second new show this week.   Is it strange to anyone else that NXT can have great shows while being taped in advance and yet TNA and Smack Down! seem to suffer for their being taped in advance qualities?   Rich Swann made his in ring debut tonight for NXT, losing to Baron Corbin in what wasn't a true squash match.   Emma and Alexa Bliss teamed up to take on Carmella and Bayley, just showing that Dana Brooke is indeed injured.    We also saw Sami Zayn kick off the show against Adam Rose and I do find it funny that Adam Rose sometimes goes down to NXT to do the j-o-b.

What I like most about NXT right now is that- aside from Adam Rose- they do a good job of promoting the talent.    The commentators made note of Rich Swann and his success in other promotions before coming to NXT and even though he lost to the bigger "veteran" Baron Corbin, he still put up enough of a fight that it wasn't a complete squash match.     It makes you feel like once these guys start getting some wins they'll start catching on and become fan favorites, have t-shirts and all of that.   It just seems like the proper way to give someone a slow build, something we don't see enough of in professional wrestling these days.

Johnny Gargano is also a prime example of this because he clearly had the crowd on his side, chanting "Johnny Wrestling", and he put up a great fight despite losing to Samoa Joe.   At one point, Gargano was on the ring apron and Samoa Joe tripped him to knock him off which sent Gargano crashing down hard.    This was a pretty crazy spot that sold Joe as that type of heel who is willing to do anything and will do anything to become NXT Champion, while at the same time showcasing that Johnny Gargano has that ability to make someone look that good, the likes of which hasn't been seen in WWE since Shawn Michaels.

Smack Down! was rather boring and predictable, which probably isn't that good of a thing to be this early into the new year with a new channel and commentator and all of that.   Roman Reigns took on the League of Nations in a one versus four match, Kalisto got beat down by the League of Nations as well and Becky Lynch reminded us that Alicia Fox is still on the roster.   Did anything else of note really happen on Smack Down!?    I don't know, but WWE needs to up their game this year and fast because when Smack Down! starts feeling like worse of a show than Impact you know you're in trouble.    Can we somehow have four hours of NXT per week so I can simply avoid the pieces of the main roster product that don't include the characters I want to see?  I'd seriously just start watching the big two shows match by match to save time.

In perhaps my favorite move this week and to end this all on a high note given the lack of WWE quality recently, it is worth noting that Austin Aries has been signed to WWE and will be wrestling soon in NXT.   This is something that I've wanted to see for far too long and the fact that it is finally happening just goes to show you how this TNA Invasion angle is finally playing out in WWE.   (Samoa Joe, AJ Styles, James Storm for a minute)  But, yes, this does have the future looking bright for WWE even if it only means more NXT call ups to the main roster to mix things up a little bit (Finn Balor, Sami Zayn and Samoa Joe should all be up there, probably even Apollo Crewes) but that can only make the overall WWE product better.


This week's social media shout out goes to that guy who won the most recent season of "Tough Enough" and then proceeded to call the Social Outcasts jobbers because, you know, Heath Slater, Adam Rose, Bo Dallas and Curtis Axel all won a contest to get into WWE.    Yeah, his career is hopefully over now.   It's not one of those "I've lost all respect for him" things either because he came from one of the worst seasons of "Tough Enough" (and that's saying something, since people don't remember Andy nor Maven these days) so I never really had respect for him.   I just hope he simply goes away.


Next week should be interesting for professional wrestling.    We'll have the aftermath of the Rumble, ROH will do something (there is a new one on their site I need to watch but will put in next week's review for whatever reason) and then TNA can hopefully move to something other than what they've been doing since last summer.   Maybe Matt Hardy vs. Jeff Hardy?  I'd be open to that at this point because, well, anything other than Matt Hardy vs. EC3 again works for me right now.
Posted by Joshua Macala at 2:52 PM