I wasn't sure what series or price range this Robocop figure should be in when I found it at Walmart but I knew all of the Robocop toys had since left mass retail quite some time ago.   I was thinking this was in the $19.99 price range for MSRP, but there are two selling on Amazon for in the range of $40, which is maybe not the suggested price but perhaps just due to inflation or whatever.    So when I saw Robocop hanging out by himself I picked him up and searched for a price checker.   He stayed with me in toys for a while as we looked at both WWE and Ninja Turtles.   We went over to electronics and I just kept looking for a price checker (The first one I found was in some kind of reboot phase, so that was of no help)

Finally, when I found the price checker that was working, I scanned Robocop prepared to pay a certain amount for him in my mind and he came up as $5.00.   Whoa!  That was a steal.   A long ago clearanced item perhaps found once again during the great toy rush of the holiday season, I don't know.   However this came about though I was most excited because $5.00 for this figure is a great deal.     What's perhaps even better is that when we got him home and opened him up I found that he is around the same size as the WWE Mattel figures.    Remember when Robcop was once in WCW?   Yup, time to recreate that great match and many more.

So the thing about this figure- which is in his description- is that his leg pops open so you can store his gun there, which is accurate to him in the movies.   Now you have to imagine that the two sides which open are on each side of his leg but this is this middle piece and I'm not sure if it's supposed to stay in place or not but on our figure it does not stay in place.   Granted, there was another small piece floating around in the box when I opened him up but I'm not sure if that could in any way help keep him all connected.    Basically, because of this, I just like to keep his  leg closed and it stays shut in that sense, so at least I don't have trouble keeping it closed and I'm not watching it pop open at random.  I'd probably put duct tape around it if it didn't stay shut on its own, but it's cool for now.

As I type this Robocop remains standing atop a display holding cassettes on the wall.  I'm not sure if I'm going to bring him down or not for Quentin to play with and have as part of his wrestling federation.   Thus far, Quentin hasn't really seen him or asked for him (when I opened him up, Quentin was either sleeping or not here) and when we picked him up in stores Quentin didn't seem to know who he was either.   So this could be one of those times where Quentin kind of doesn't care about this figure yet simply because he doesn't know who Robocop is and until the full Robocop animated series is released on DVD or comes to Hulu or whatever (We have one VHS tape of episodes) he probably won't know or care about Robocop until he's older.   And I'm fine with that.   I enjoy having a Robocop action figure and I also enjoy that, should the time come, I can display him with my WWE Mattel figures as well. 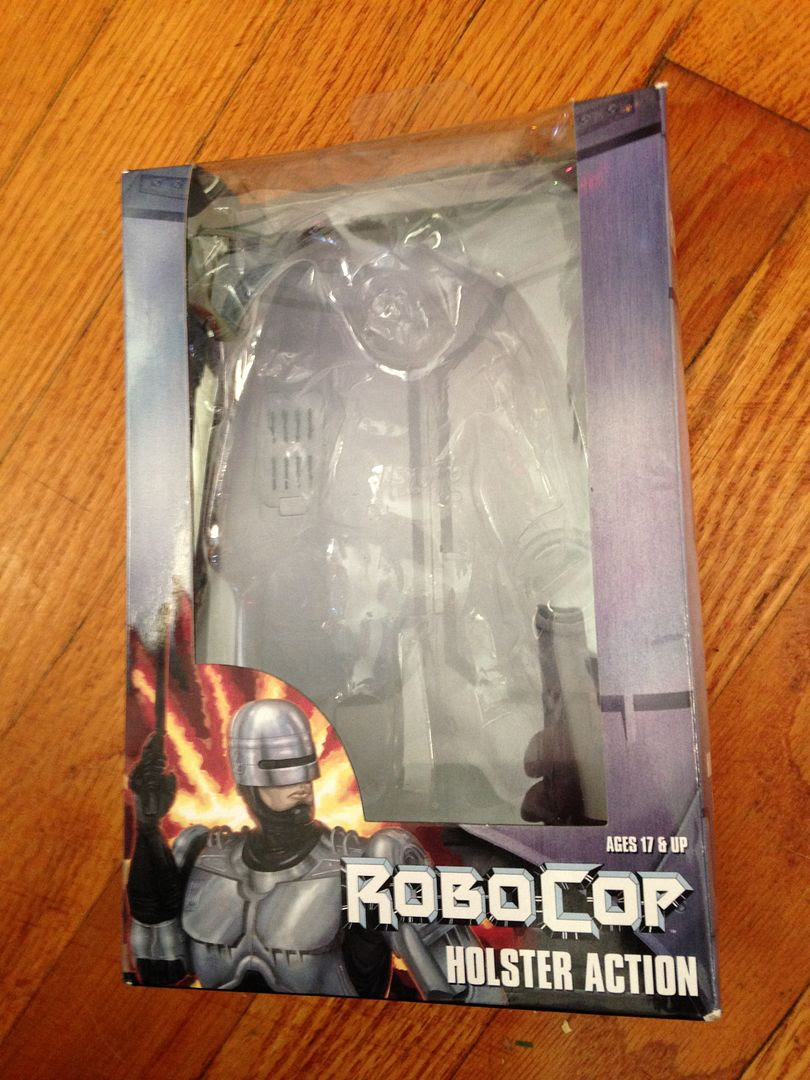 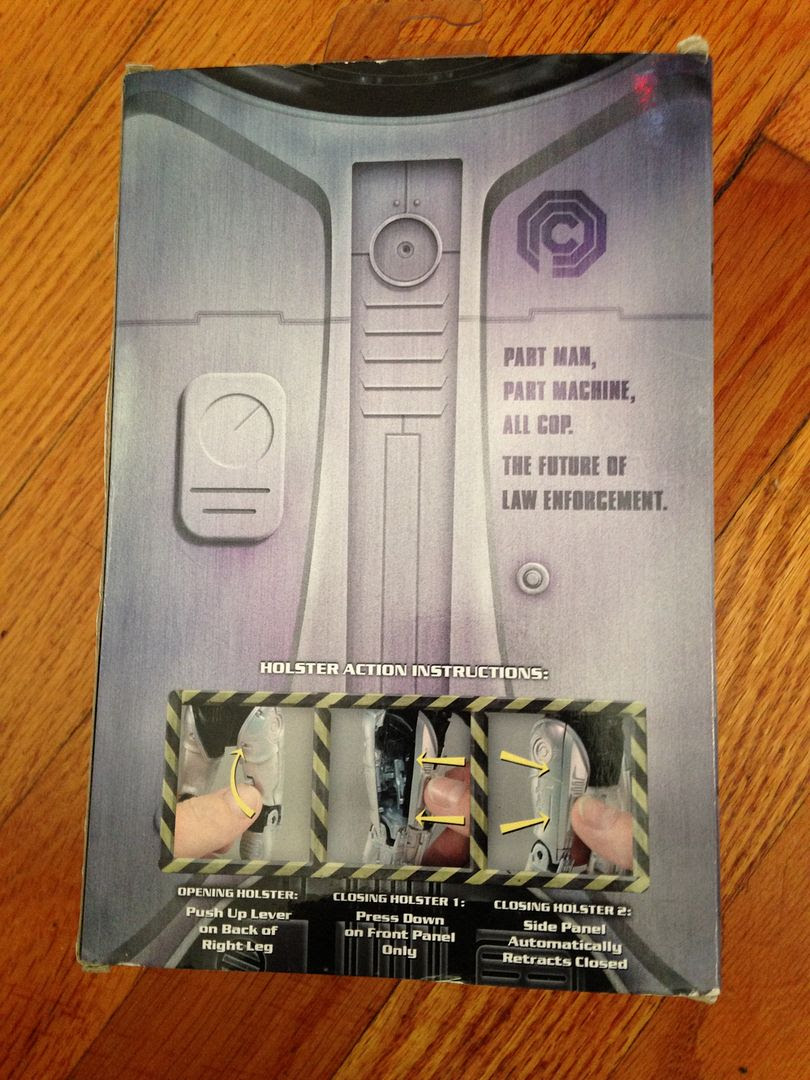 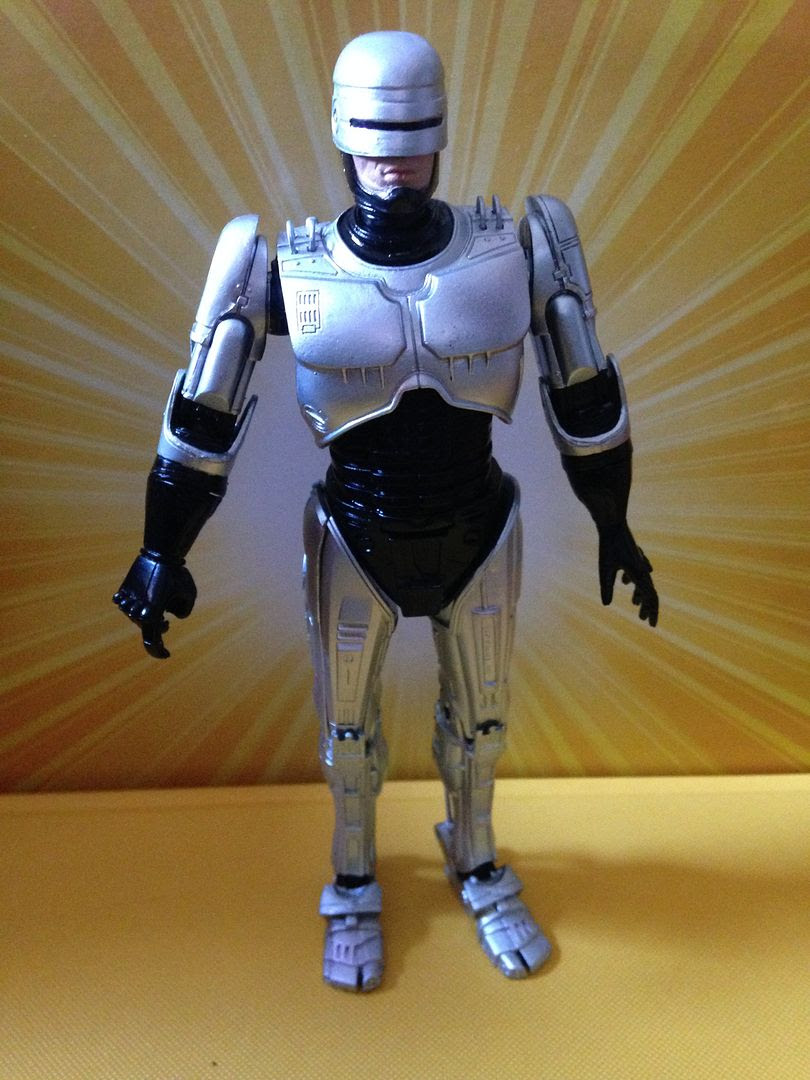 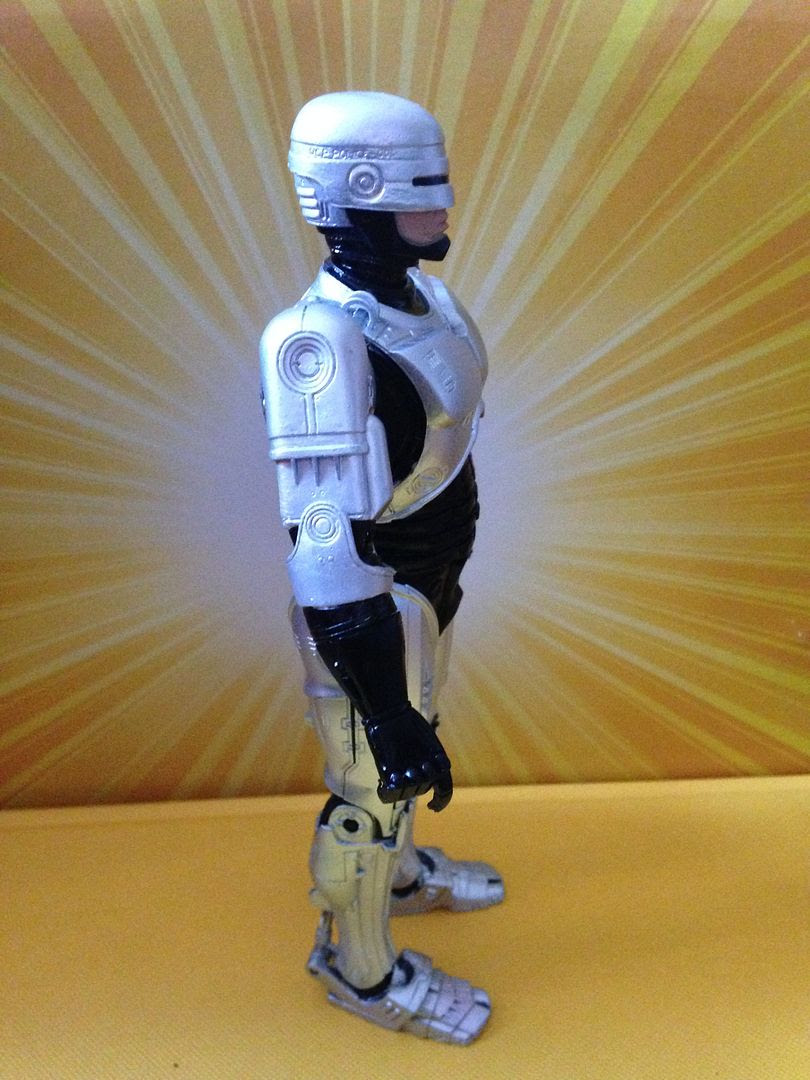 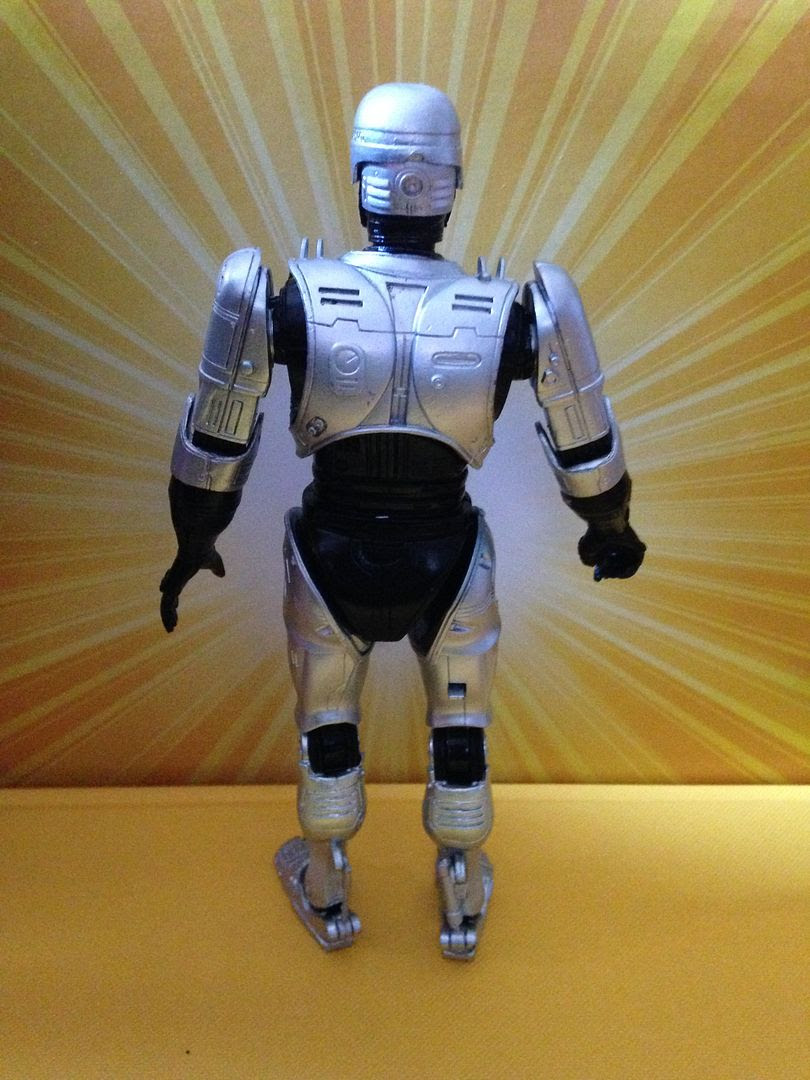 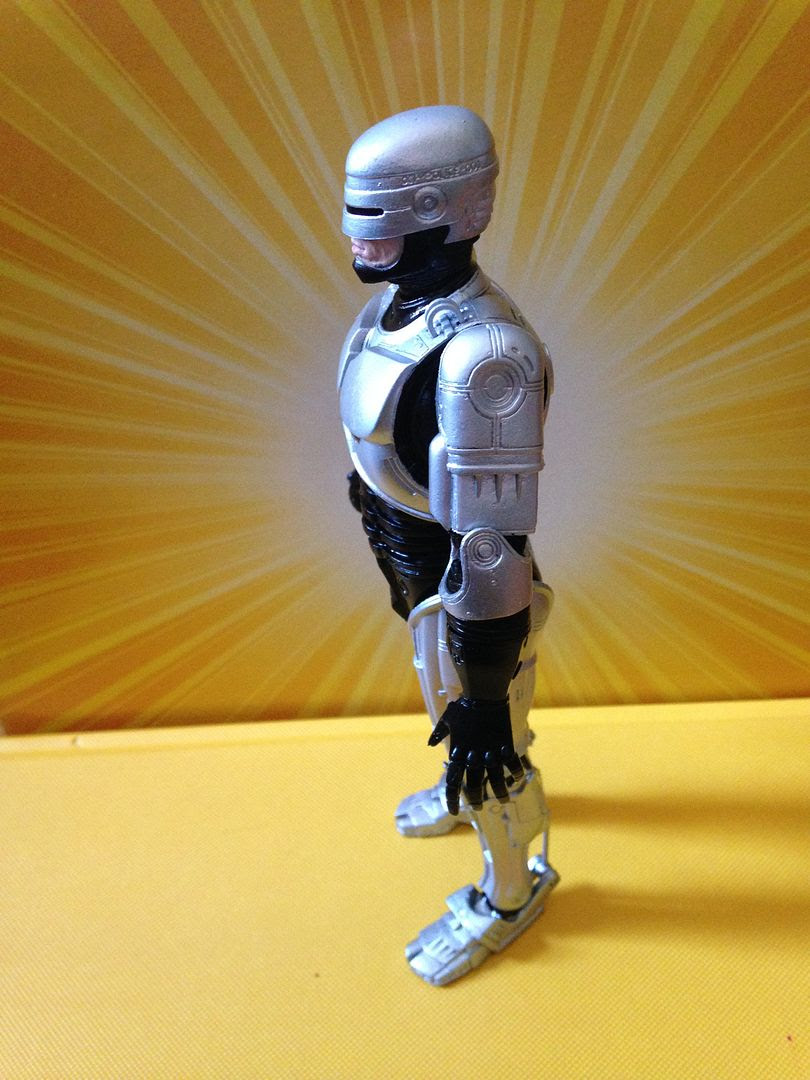 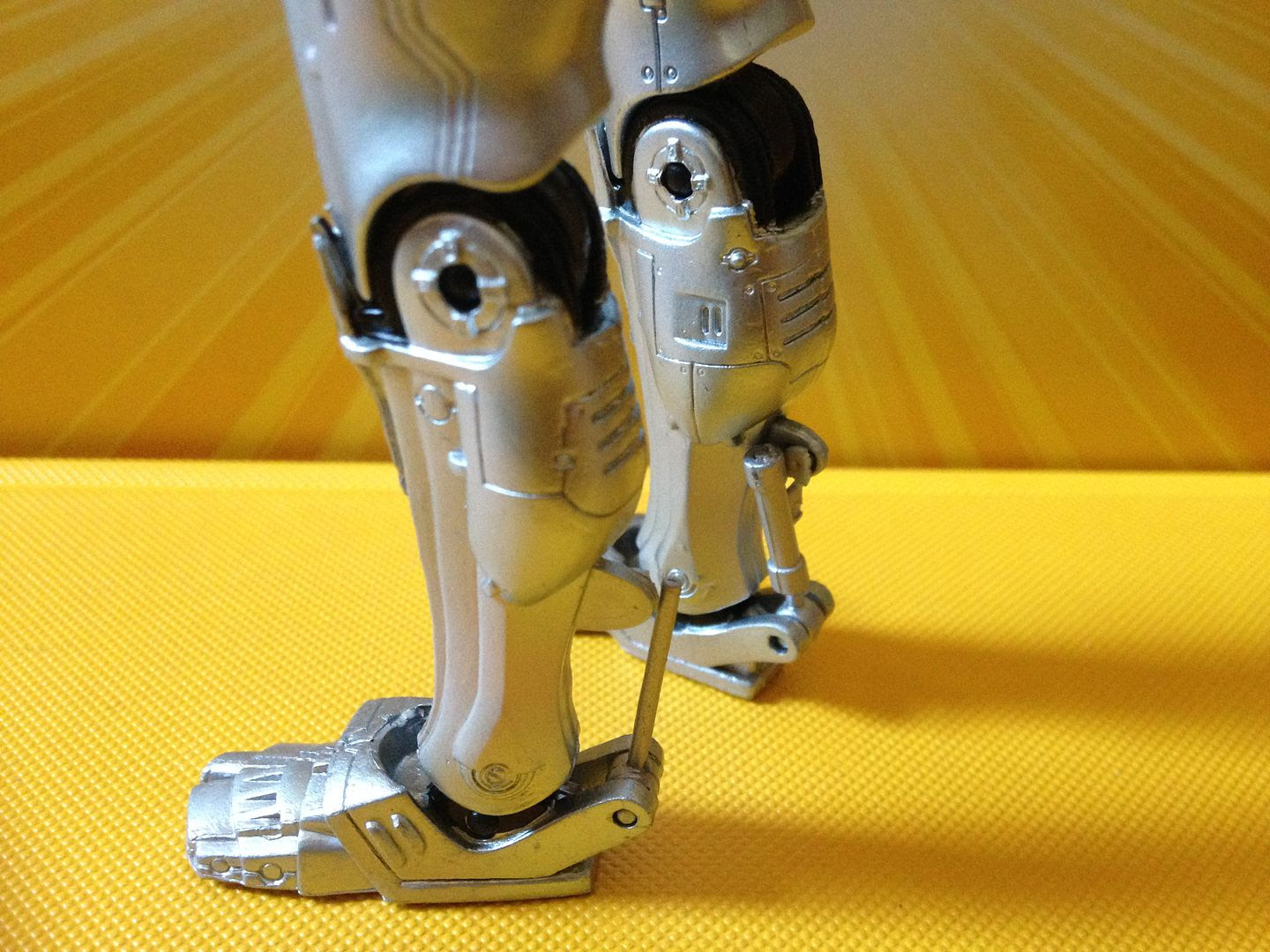 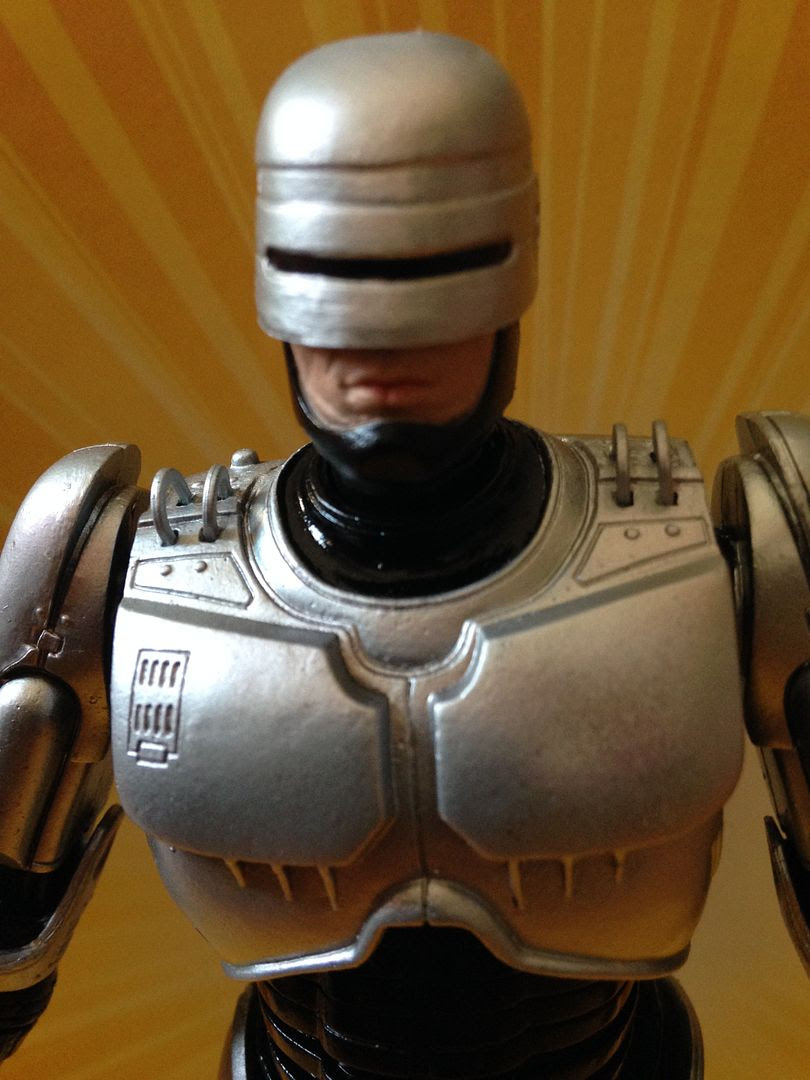 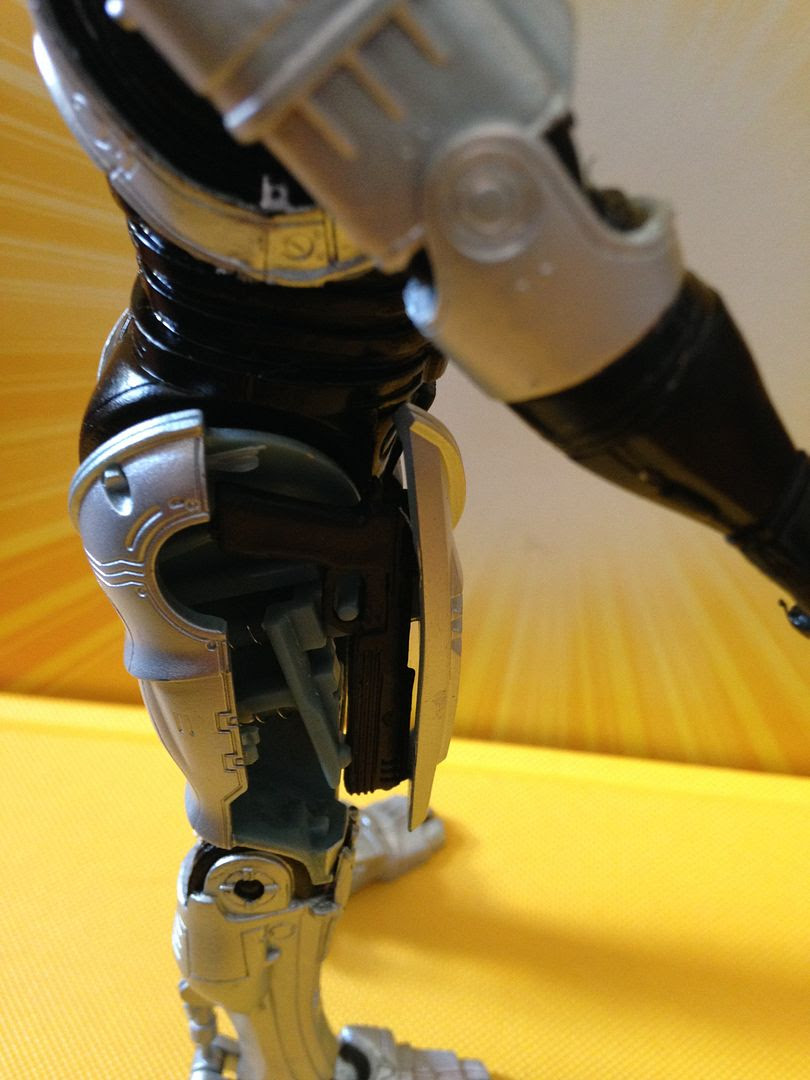 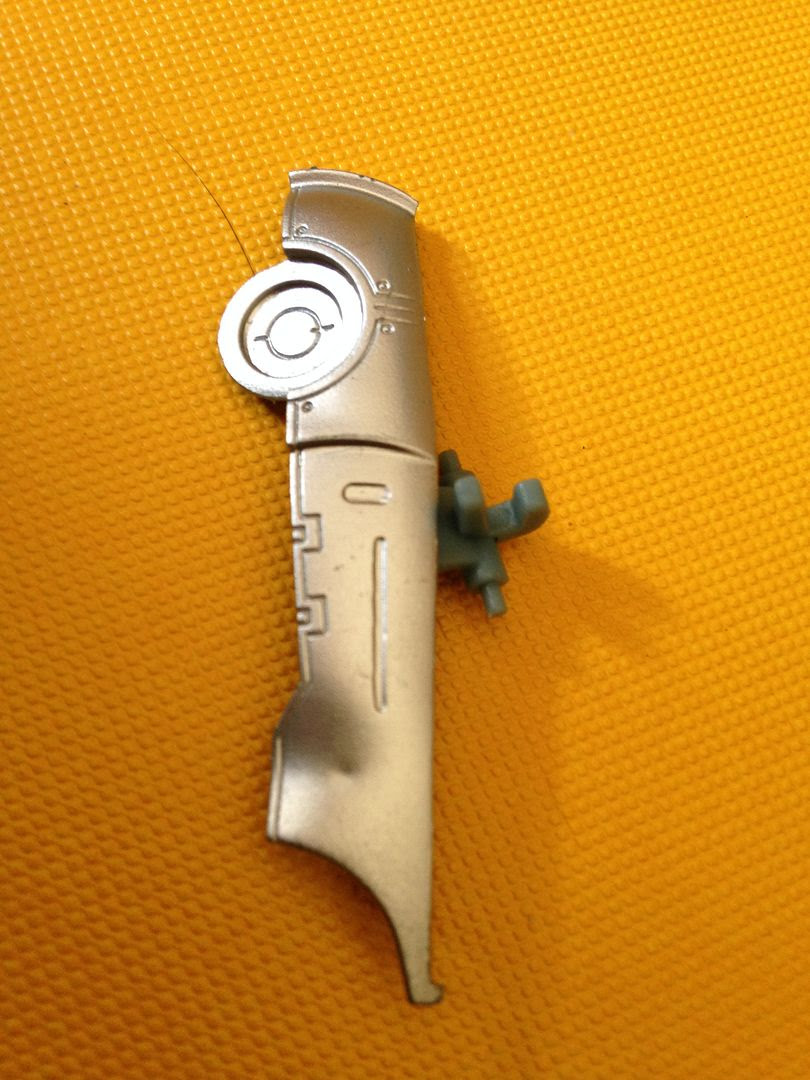 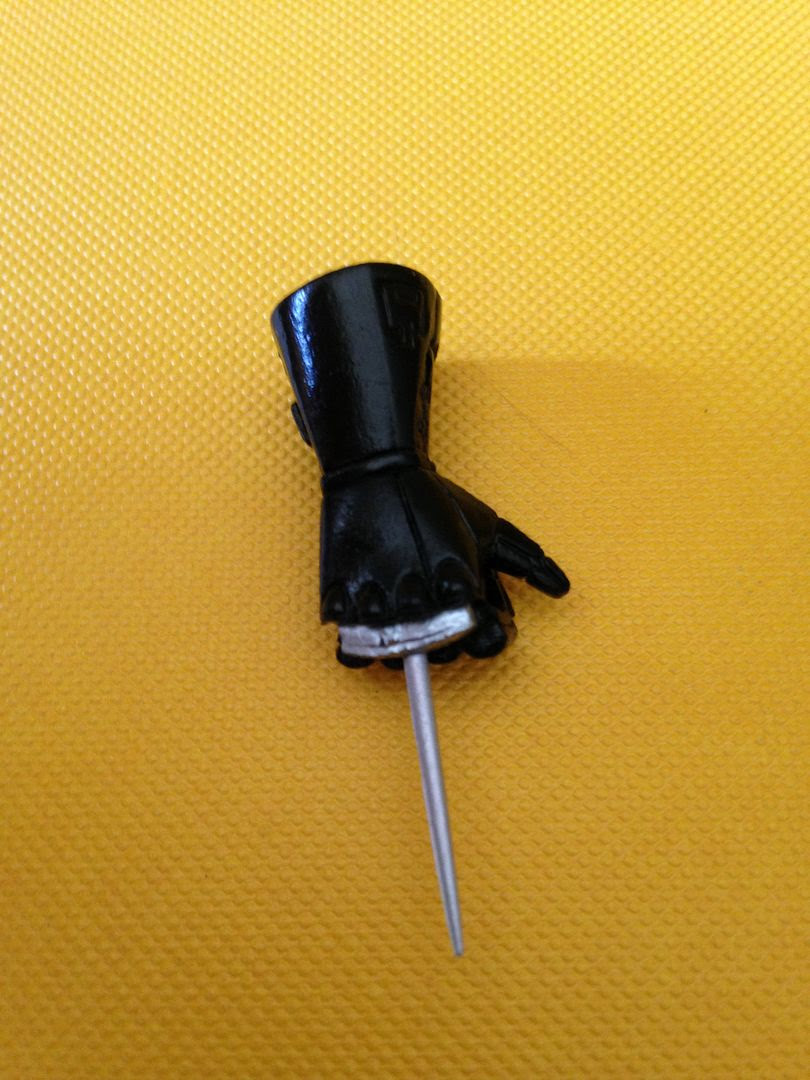 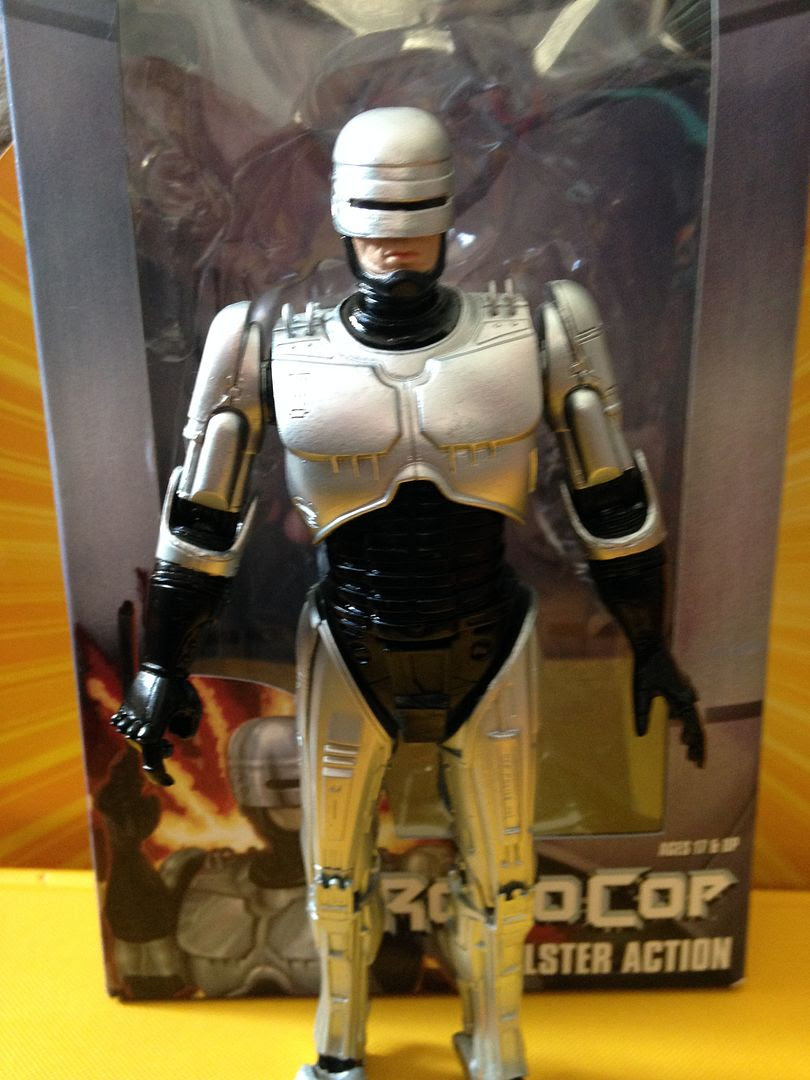 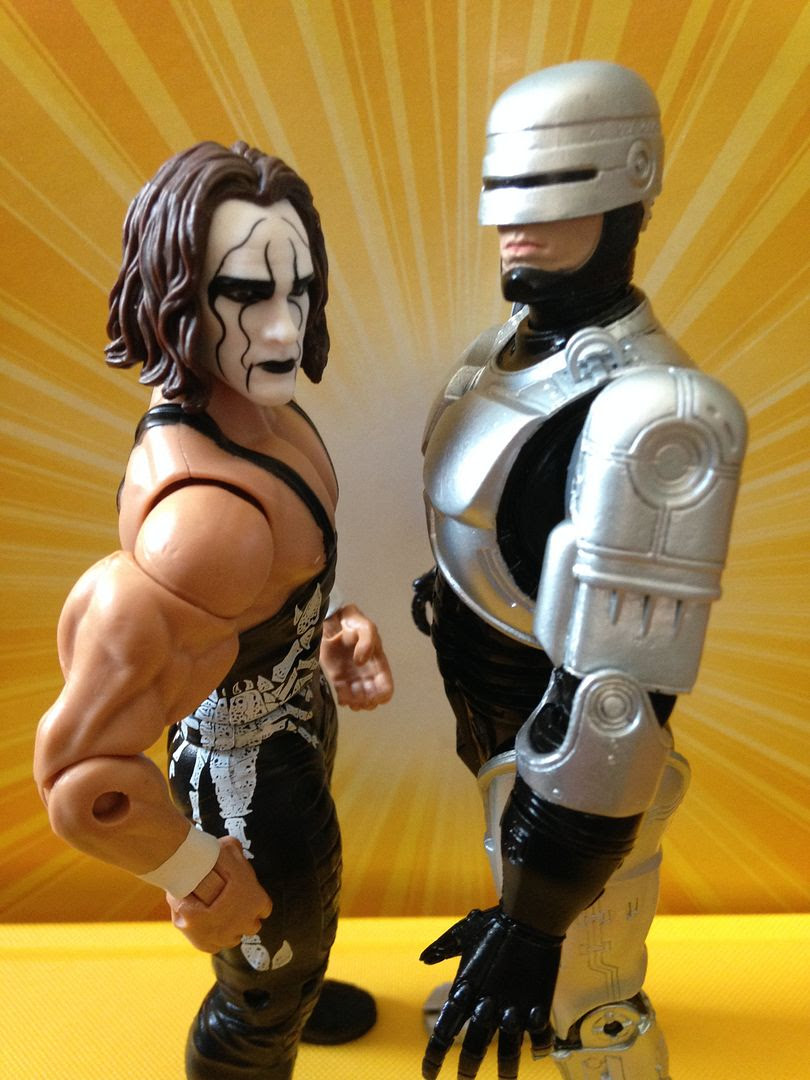