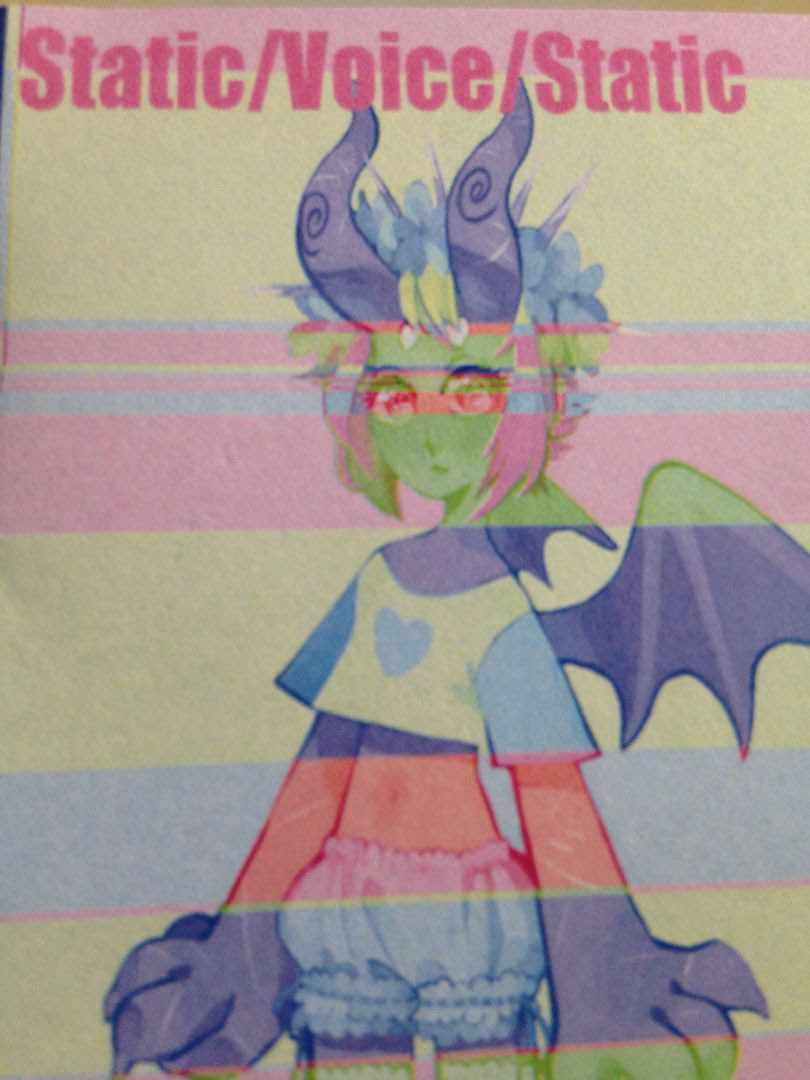 I must say that I like the idea of this cassette if only for the title "#NoLivesMatter".   If you really want to break it down, you can do so as follows:  Someone out there started a movement called "Black Lives Matter".   People got upset and said that "All Lives Matter", while others defend it and say that stating "Black Lives Matter" is like saying you want to fight breast cancer which doesn't mean that you don't want to fight all cancer it is just what is closest to your heart or whatever.   But what everyone can agree upon- whether they want to admit it or not- is that all lives do matter.   But if all lives do matter, then doesn't that really mean that no lives matter?   It's one of those scenarios like... if we're all special, then none of us is really special.   Or if we're bombing people in other countries because we see them as disposable and we're all equal then aren't we all disposable to an extent?    Just things to think about when listening to this one.

Static/Voice/Static takes us through whirrs and manipulation, sometimes to the bottom of the ocean and other times to the darkest realms of our own souls.   It can be just as deep and meditating as it can be haunting as you find your own reflection within the void.    And I feel in a lot of ways that the concept behind this cassette- based upon the title- is what you'll find in the music as well.   If you've ever thought you were better than someone to the point where you felt like "Oh, who cares about poor people, I'm rich bitch!!" then this cassette will have you see the world through the eyes of poor people.    I'm not saying that poor people are going to buy this cassette or rich people for that matter.   I'm not sure what kind of music super rich people listen to but I imagine it sucks.    But I feel like everyone out there has had that experience of thinking they were better than someone else- whether they really knew it or not- and this will help you see through the other set of eyes.

And it's not even something you have to willingly know you're doing.   Some people are flat out racist or sexist or just plain stupid and you can see it from a mile away.   But other people do tend to kind of judge others and think of themselves as being better than those other people in ways but they don't realize they're even doing it.   I think I do it a lot because my mentality at work a lot of times is "Fuck that guy.  If he wants that done so badly he can do it himself because he makes more money than me".    And while that remains true, it is also true that we're all people with families or whatever and so that isn't always the most fair thing to think, though it always seems to pop into my head.   (Though now I don't blame others for making more money than me, I just tell them to pay me more, which I'm pretty sure is a step in the right direction for my working class blues to be cured)

You're almost always going to find someone you don't agree with and that's okay.   You just need to think about how you handle the fact that you don't agree with someone and that's what matters most.    Some people are as extreme as "I don't agree with your religion or politics so I'm gonna blow you up!" while others are so stubborn and stuck in their ways that they are right and no one can change their mind that they aren't even aware of it.   This Static/Voice/Static cassette gives you that spiritual cleansing in the way that you can open your eyes after listening to it and realize how you should better treat your fellow humans.    I just wish I could somehow force everyone in the world to hear it. 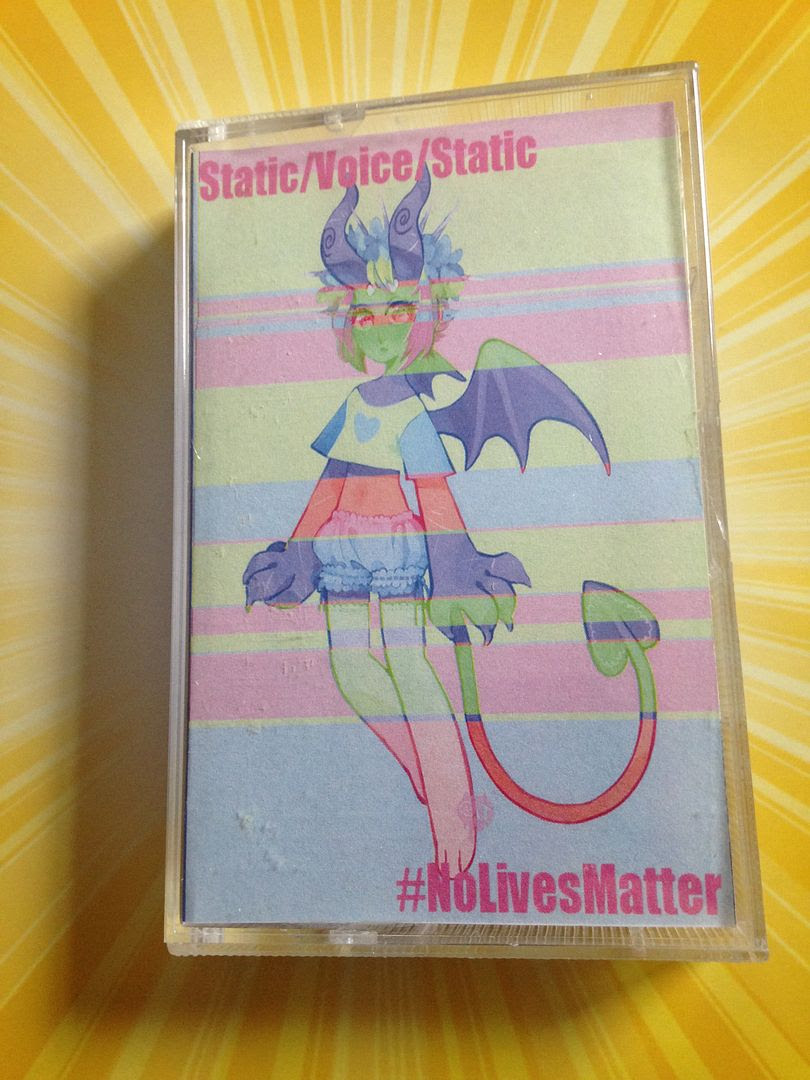 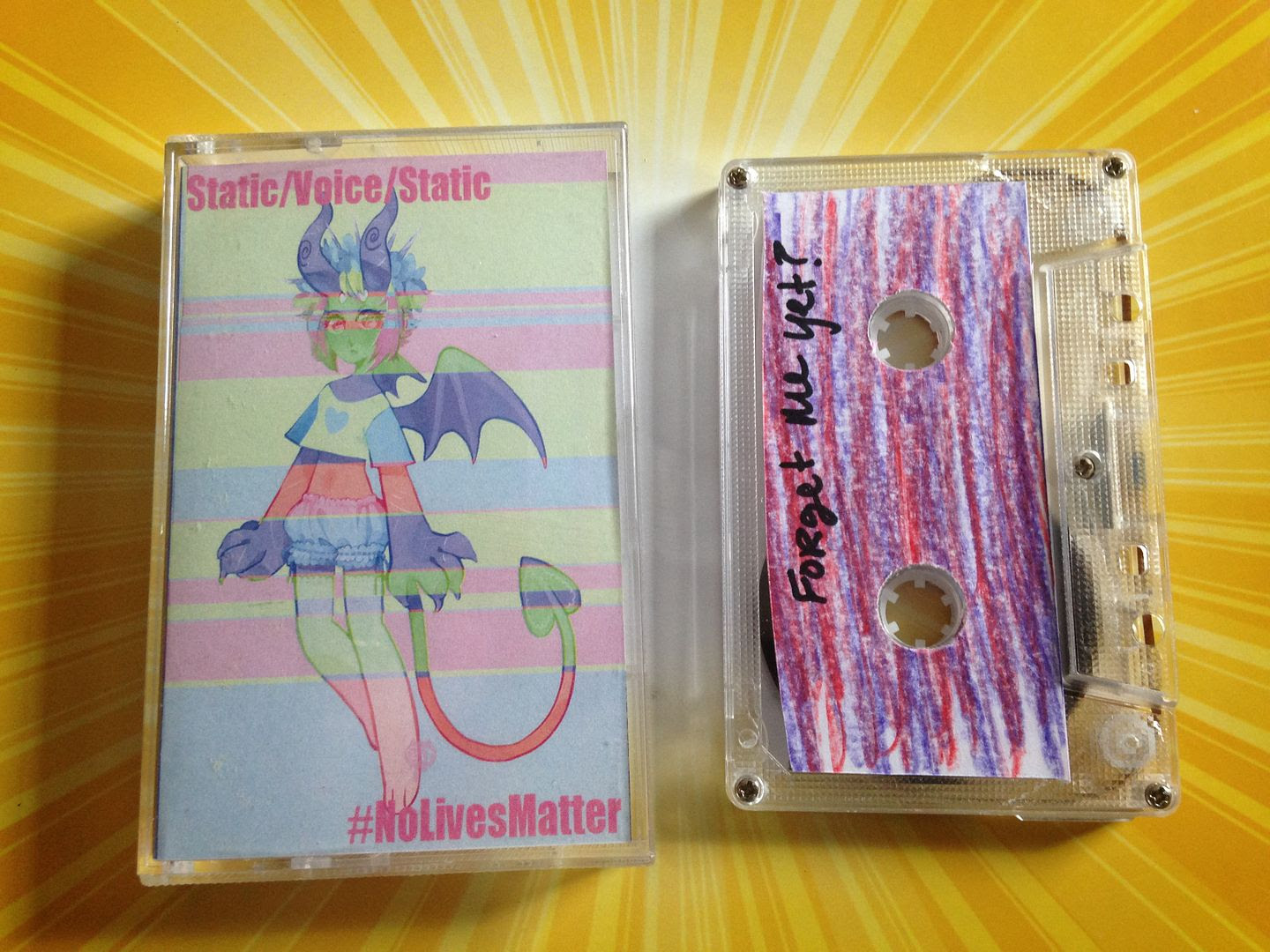 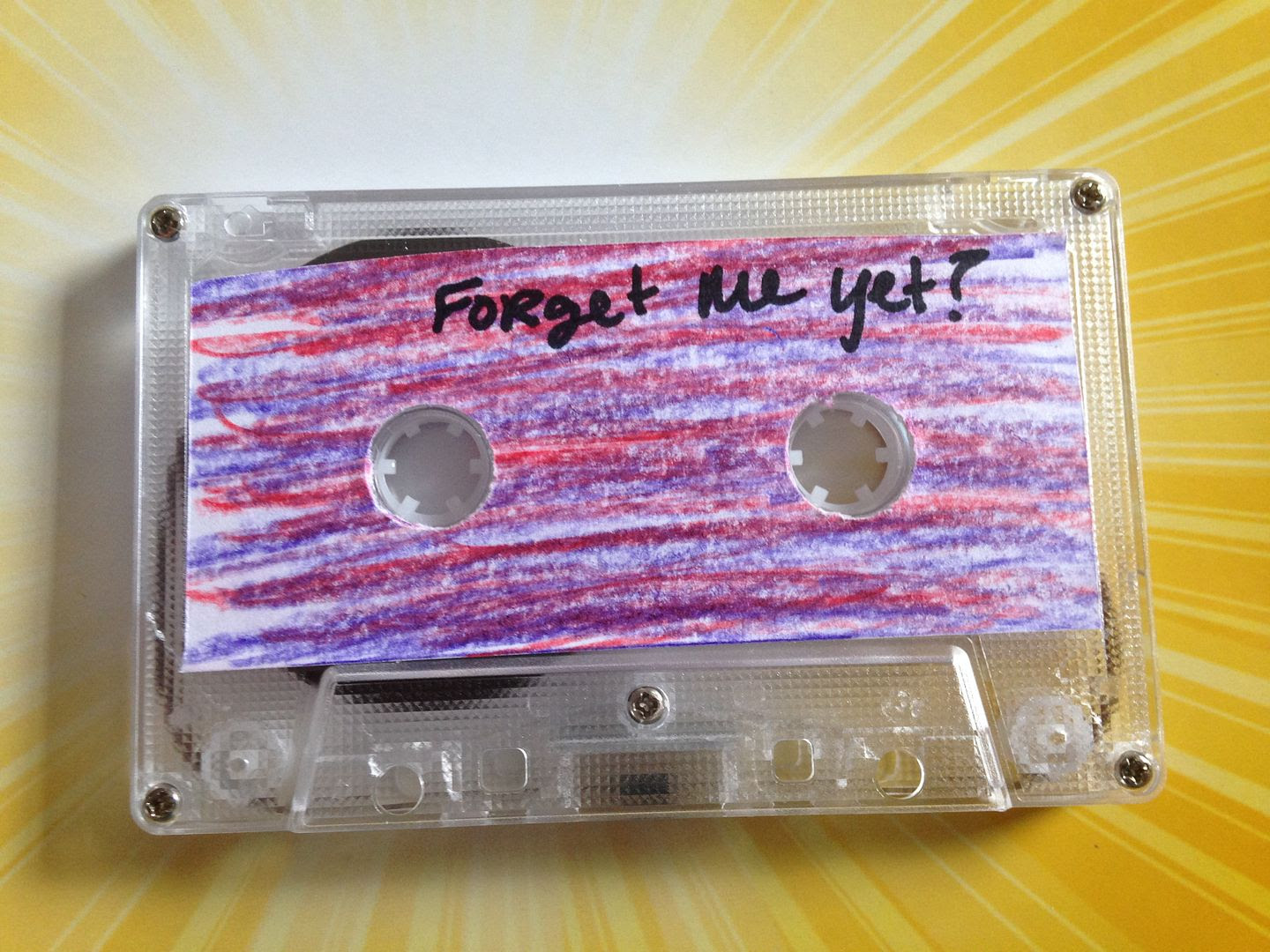 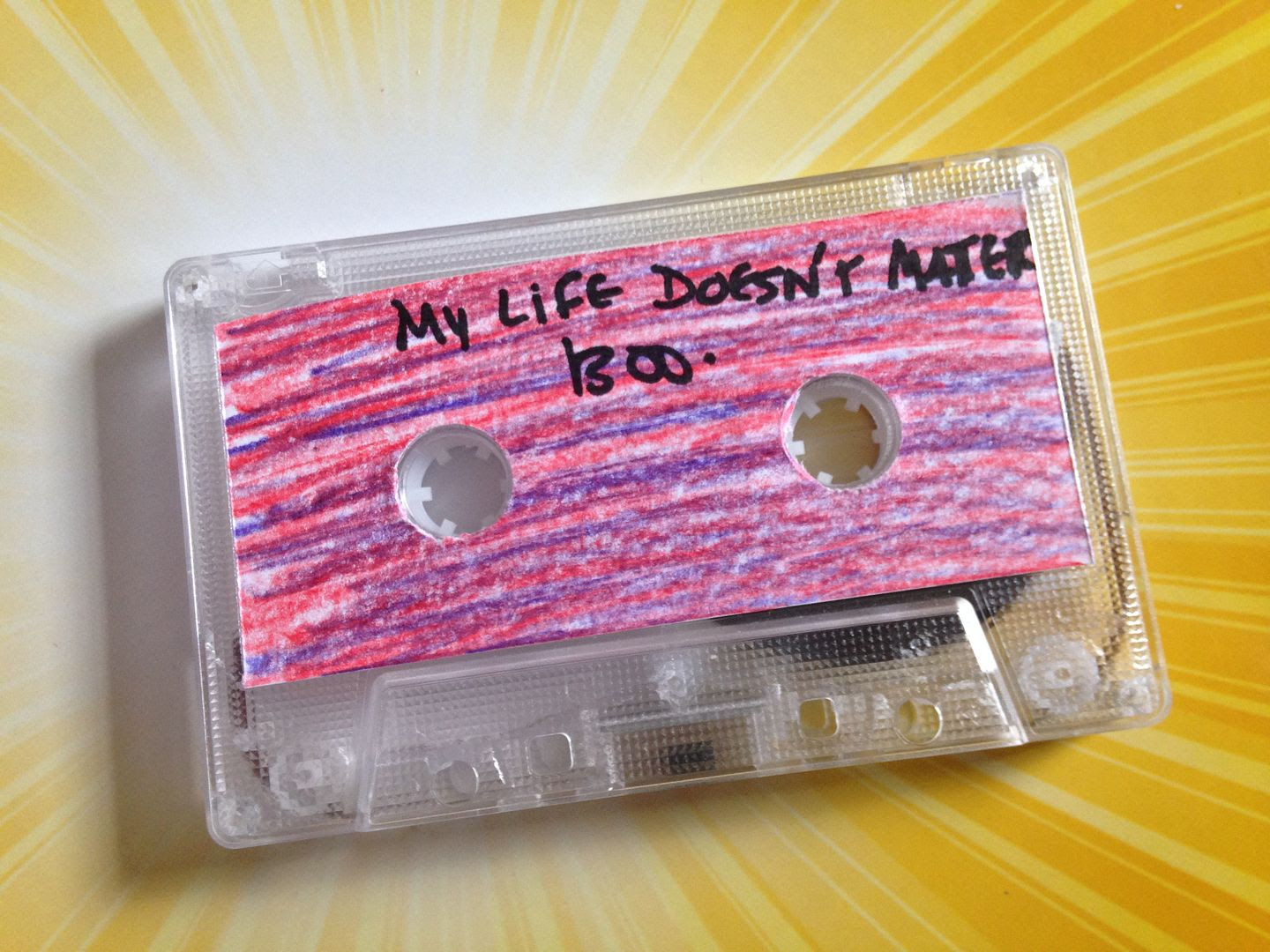 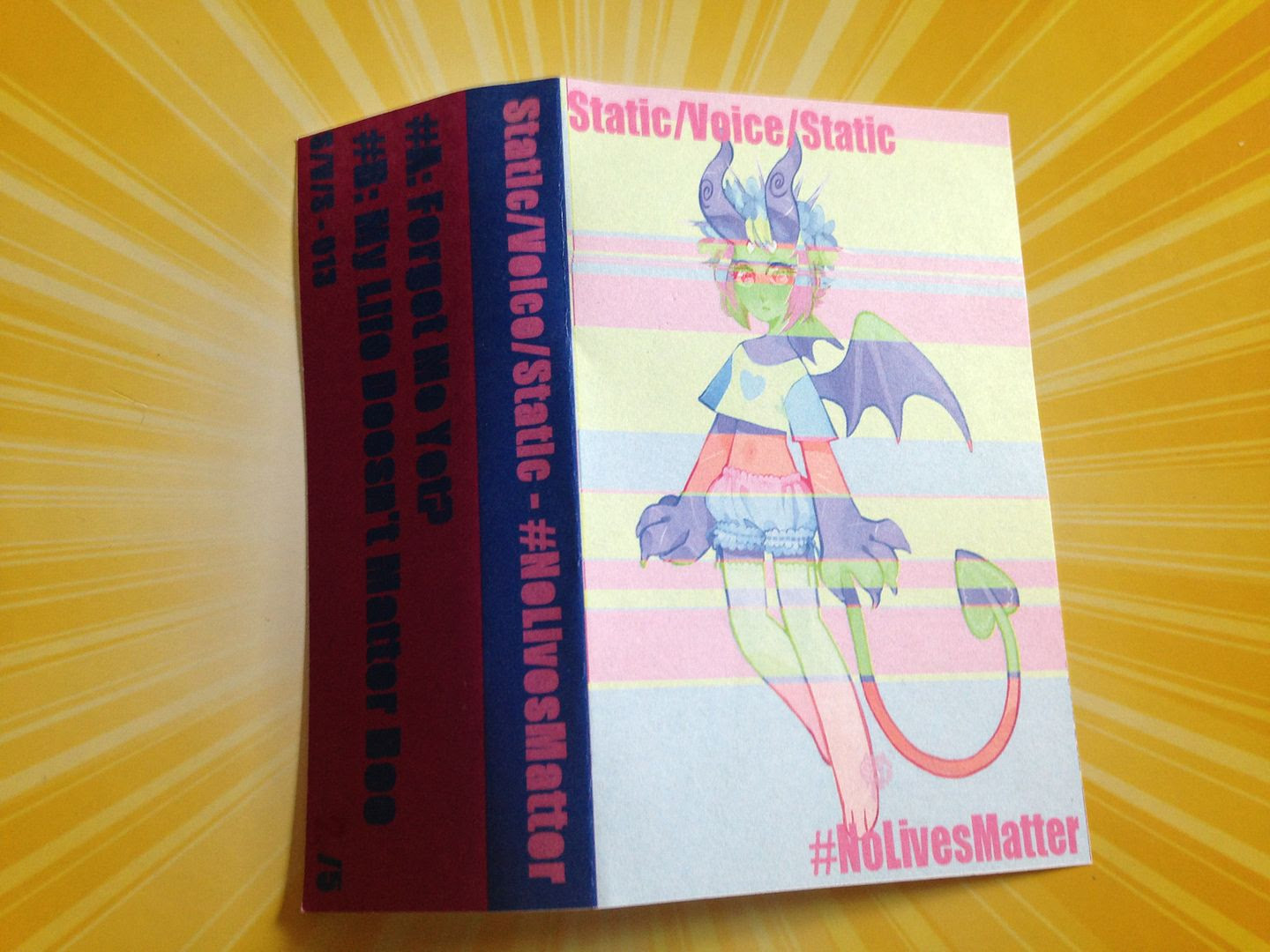 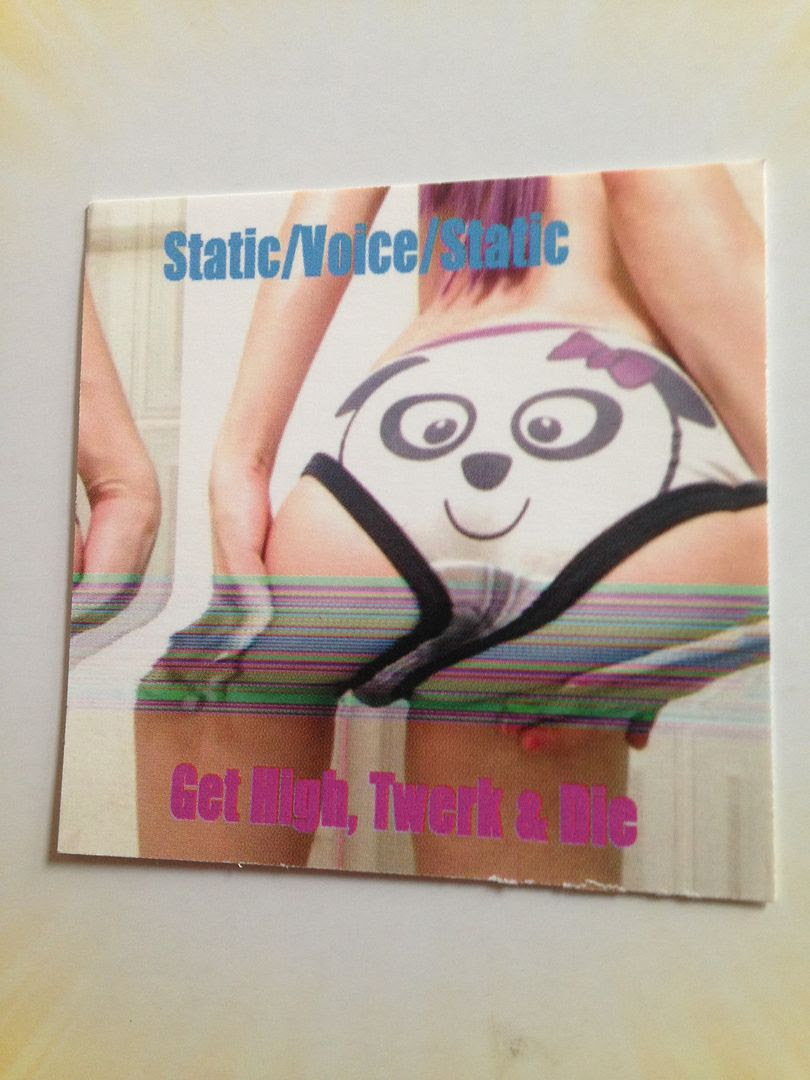