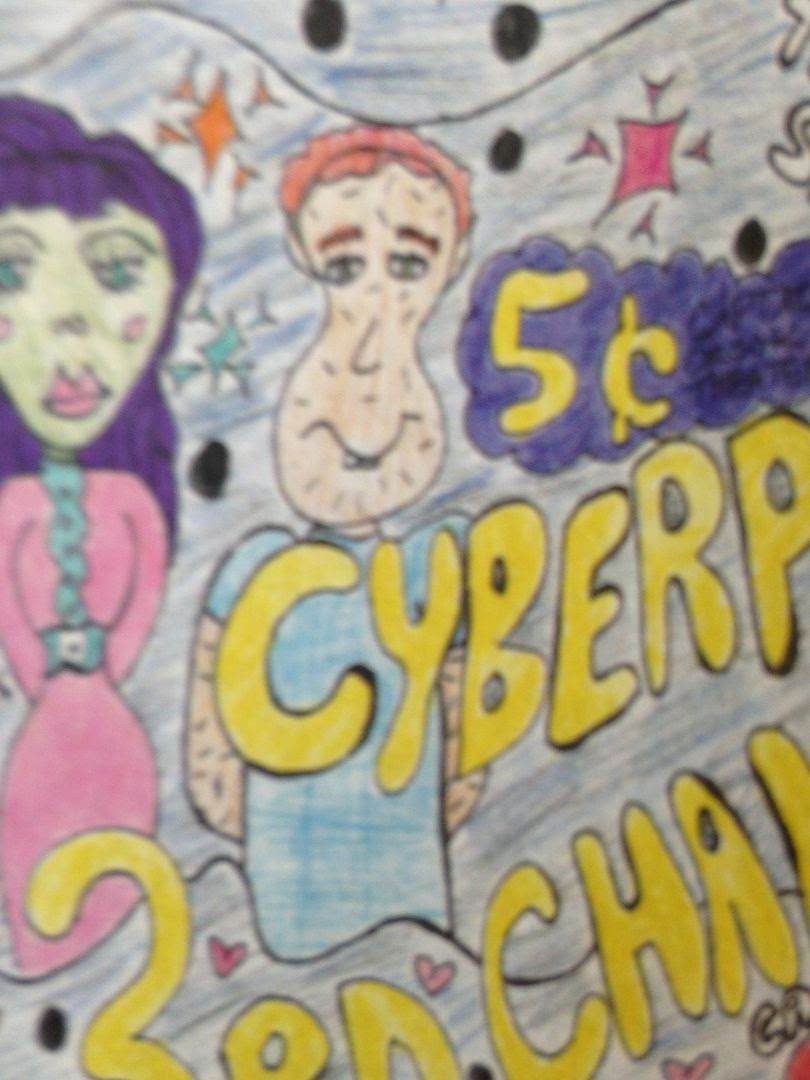 If you have been keeping up with Raised by Gypsies at all you will know that I am a fan of Captain Crook Records and so when I saw on Facebook that the new CyberPeanut cassette was going to come with a special acoustic guitar and be limited to 1/1 my thoughts were "how much?" and "I wonder if it sold yet".   I think I got to it rather quickly though because when I loaded the Bandcamp page it was still up.   $15 plus $12 shipping.   This included the cassette also, so I kind of felt like that was important for some reason.   As I sat there, staring at the laptop for a second, I knew that if I took the time to really think about, if I waited and came back to it and it was gone I would have been upset that I had the chance and I let it slip by because, let's be real here, there are times when I see things which are sold out and I never had the chance to get them and it upsets me.

So I pulled the trigger.  I purchased the guitar with the cassette because I was able to and if I had seen it up where I could have purchased it and didn't then went back later and it was sold out I would have been more pissed at myself than if it was simply sold out from the first time I opened up the link.   So guitar pictures are in this review but, yeah, you can't buy the guitar still.    But even if I didn't buy it then by the time I posted this review I wouldn't be typing "Oh, you can buy this as a special edition with a guitar" because it would clearly be sold out by then as well.   At least this way you get to see pictures of the guitar in this review, which should serve as some sort of consulation to the fact that you don't own the guitar and I do.

I'm not sure how many times I've reviewed CyberPeanut now.   It has become too many to count, hasn't it?  Although I feel that way and in reality maybe it's only a handful.  Maybe it's just because I keep listening to them so much.    So through high pitched type vocals which remind me of the Minions or vocals which make me think someone needs an exorcism and ska-like guitar riffs (Yes, really) CyberPeanut sings us many songs on many topics including but not limited to... me.   Me?   Yeah, me.

Now, I believe and will admit that I am paranoid.   Not dangerously paranoid but to the point where I feel like I am informed and kind of am watching my back, you know?   But I also don't like reading press releases or things about the music prior to listening to the music.   If I had read the track listing before pressing play on this cassette I would have seen that the second to last song does in fact have my name.   But that's not how I roll.   So, instead, I found myself listening to this cassette like any other cassette really, and all I can think of when I get to that song is "Did they just say my name?  It sounded like my name but it couldn't have been my name.  Why would they have said my name.  There!  They said it again!"   So this is one of those instances where my paranoia is justified rather than them singing about something else and me simply thinking it sounds like my name but is not.

For the record, I have had a direct impact on a total of three songs now with this being the third.   This is the first time, however, my name has been directly put into a song and to the point where it is sung over and over as well.  (And yes, it is being pronounced properly.   You'd be surprised how many people try and pronounce my last name as if it has the double L in it or is "Mc" like McDonald's)  Really though, how do I tell someone to buy a cassette because it has a song on it named after me?   Obviously this is the big flashing lights sign for me that says "Yes, you should own this cassette because not only is it a cassette filled with good music but it's something people are going to look back on one day and wish they had because my name/song is on it"   Okay, maybe that's a bit much for a flashing sign.

I also thought at one point that maybe my name was a song because I had purchased the guitar package.   You know how on sites like GoFundMe you can get those perks by pledging so much money?  And so I thought maybe it was one of those deals where if you buy the guitar package you also get a song named after you on the cassette.  But I feel like that song was already up in the tracklisting and everything *before* I purchased the guitar package.   Will this teach me to pay more attention to song listings before buying a cassette?  Probably not.   The song also comes up second to last, which makes me think it was supposed to be there all along and not just added at the end, though it does make sense for the last song to be the closing movie credits still, even if they added on my song after the fact.   But yeah, I'm pretty sure my song was going to be on here whether or not I bought the guitar.   And what more motivation do you need for buying a cassette? 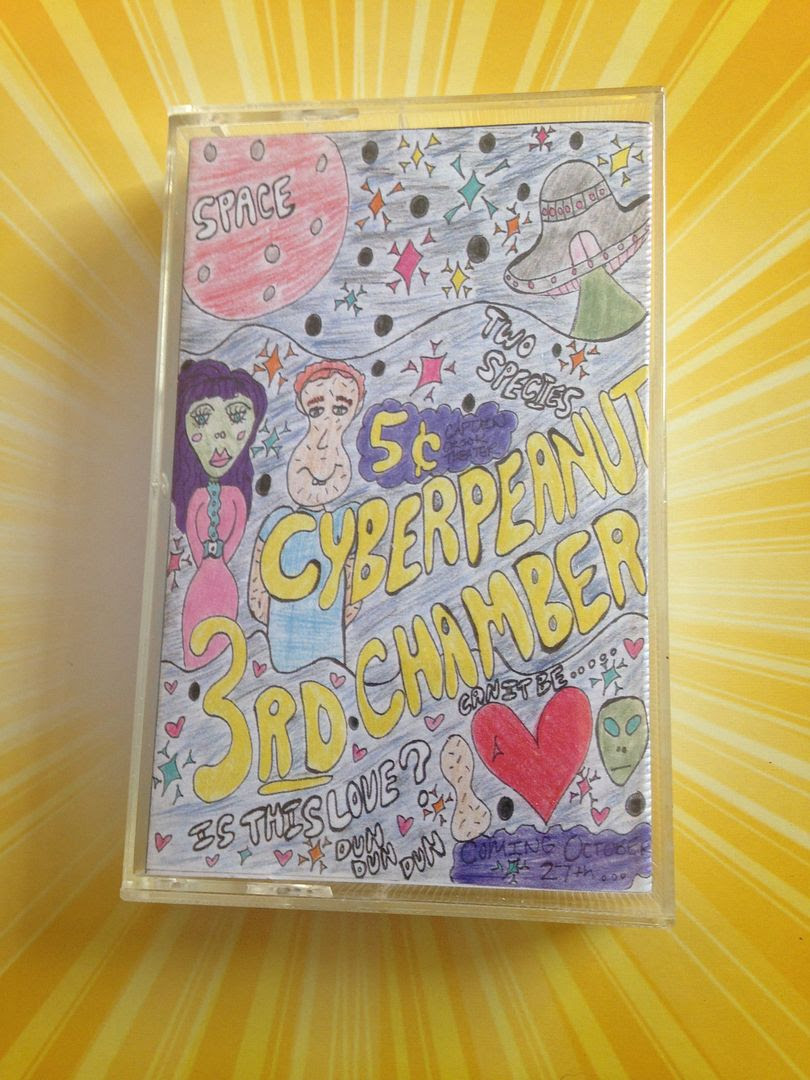 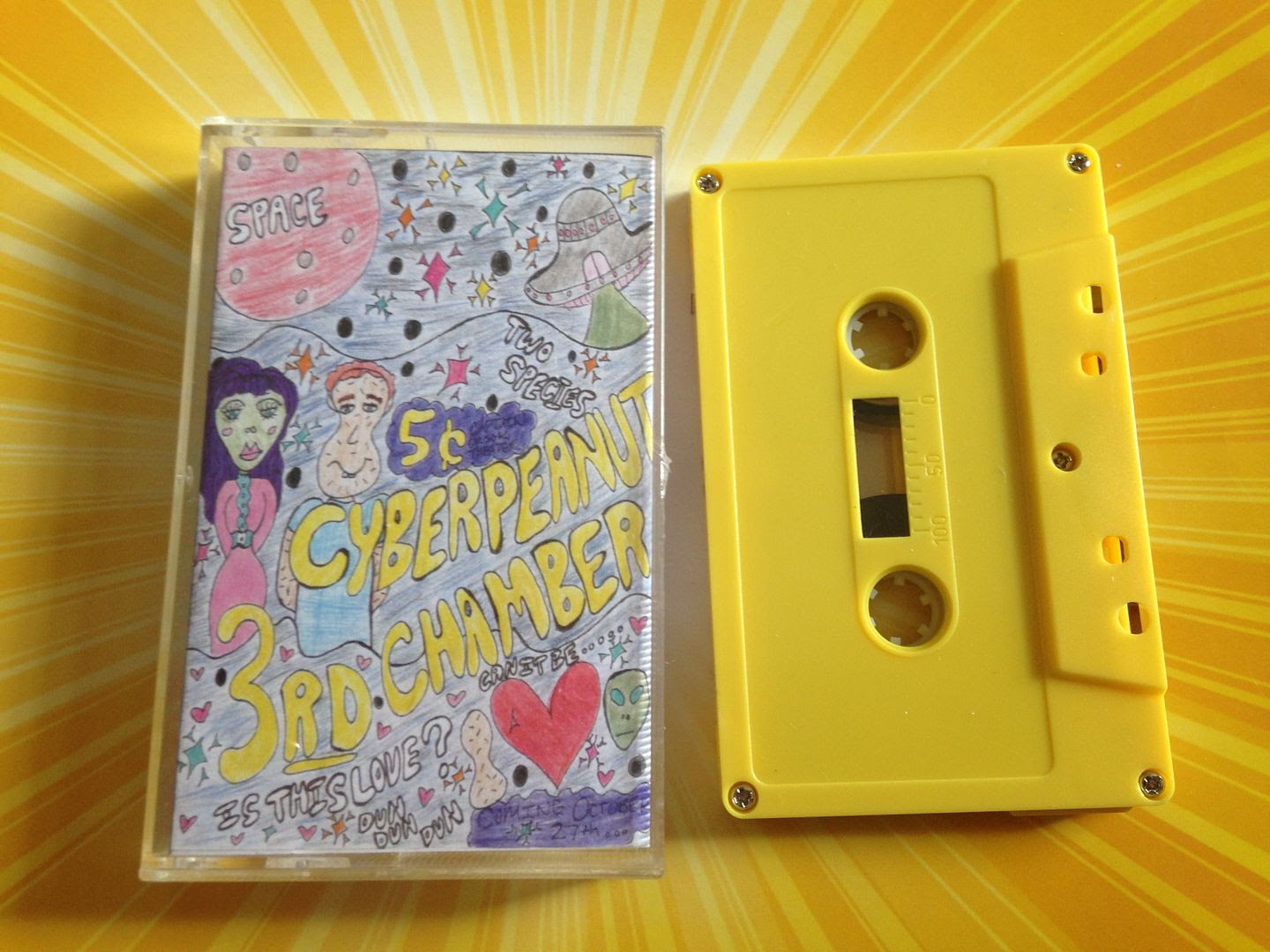 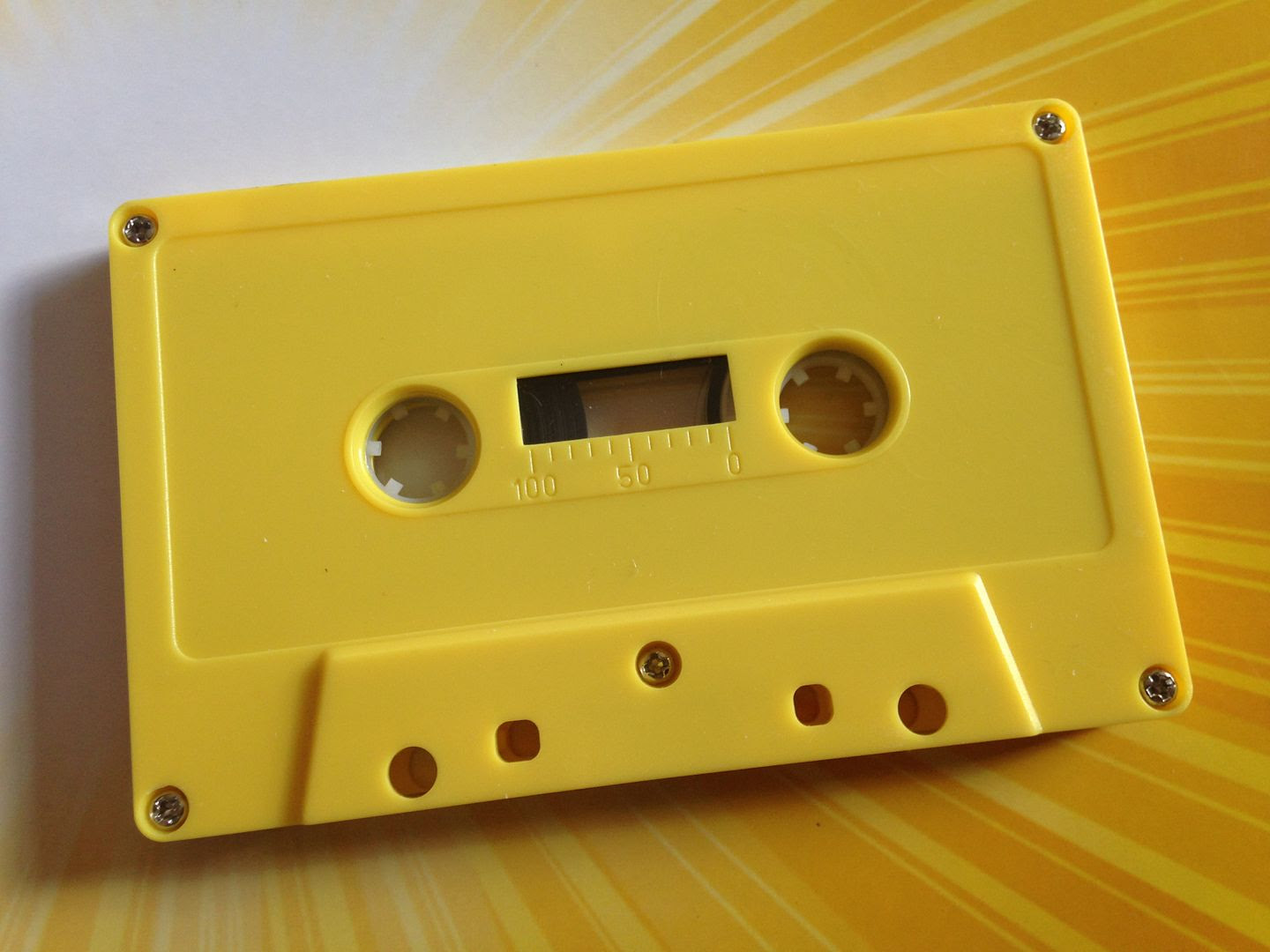 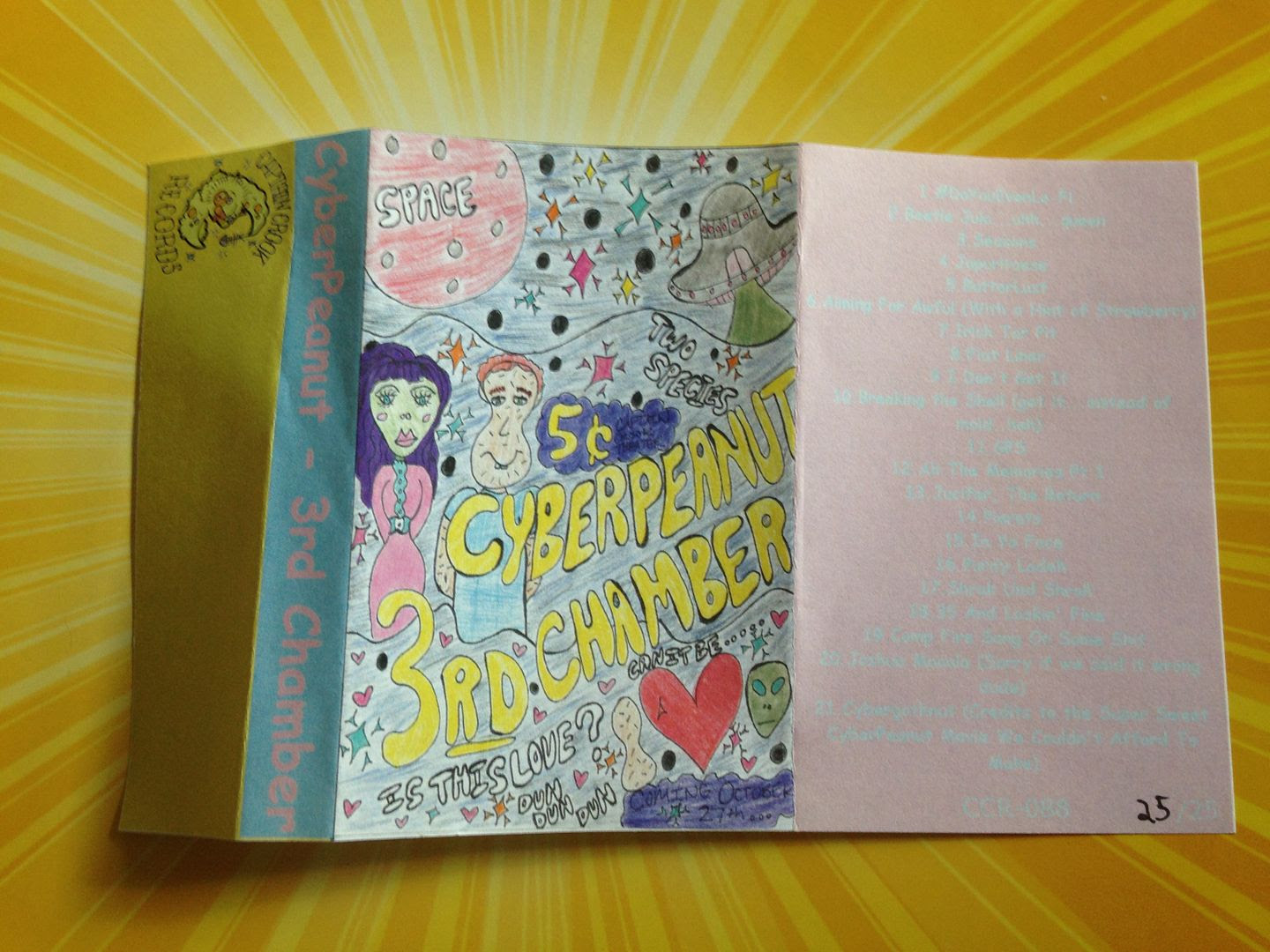 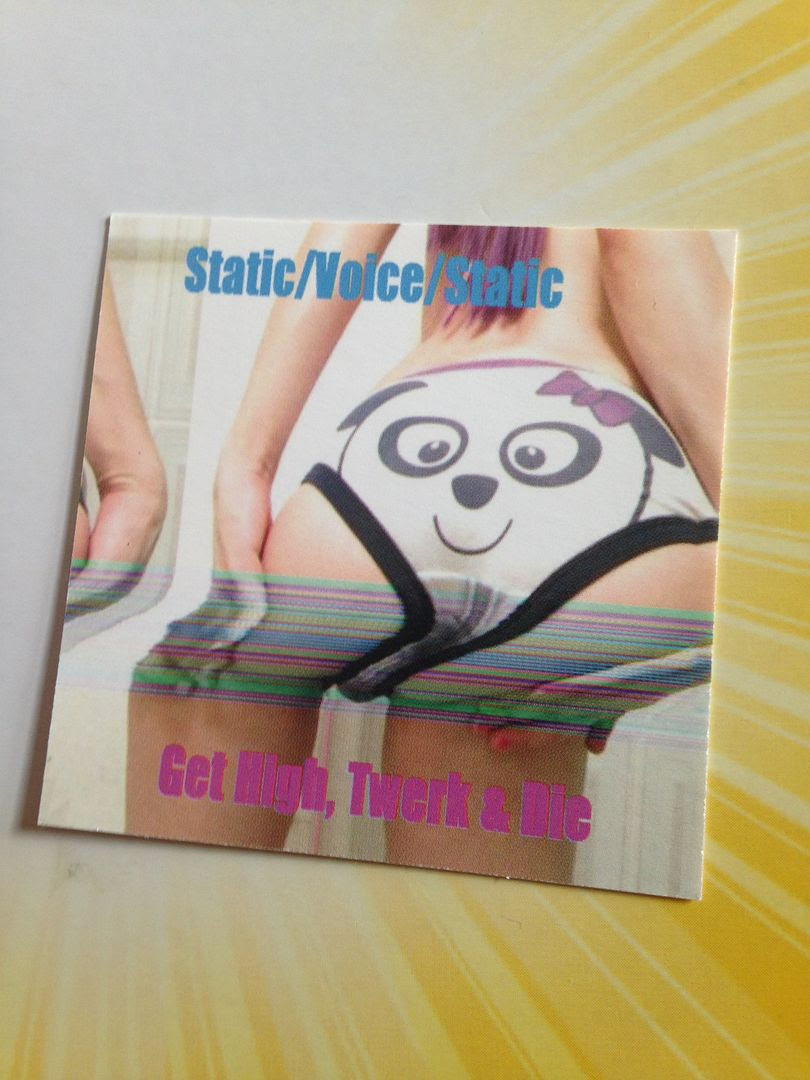 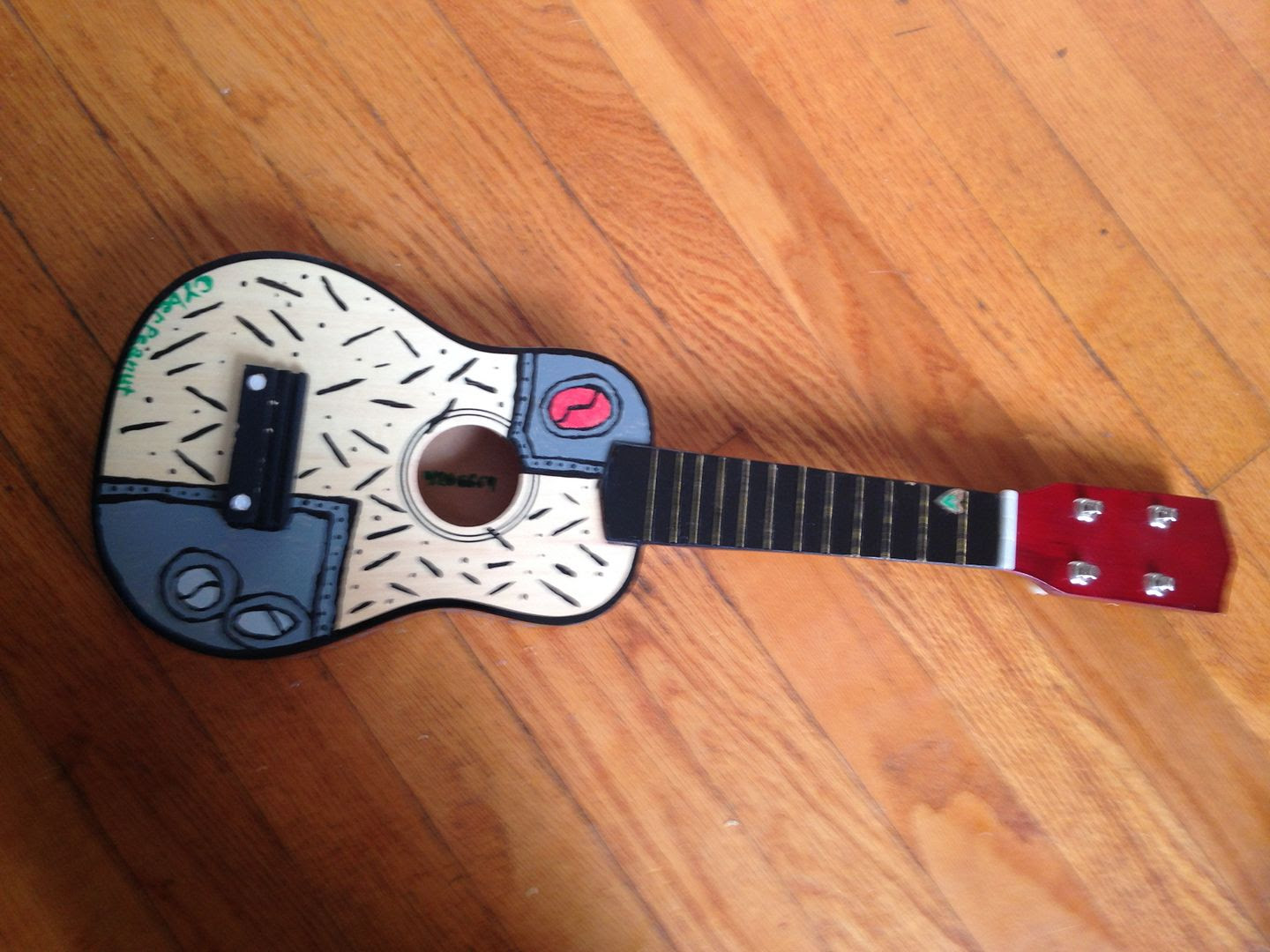 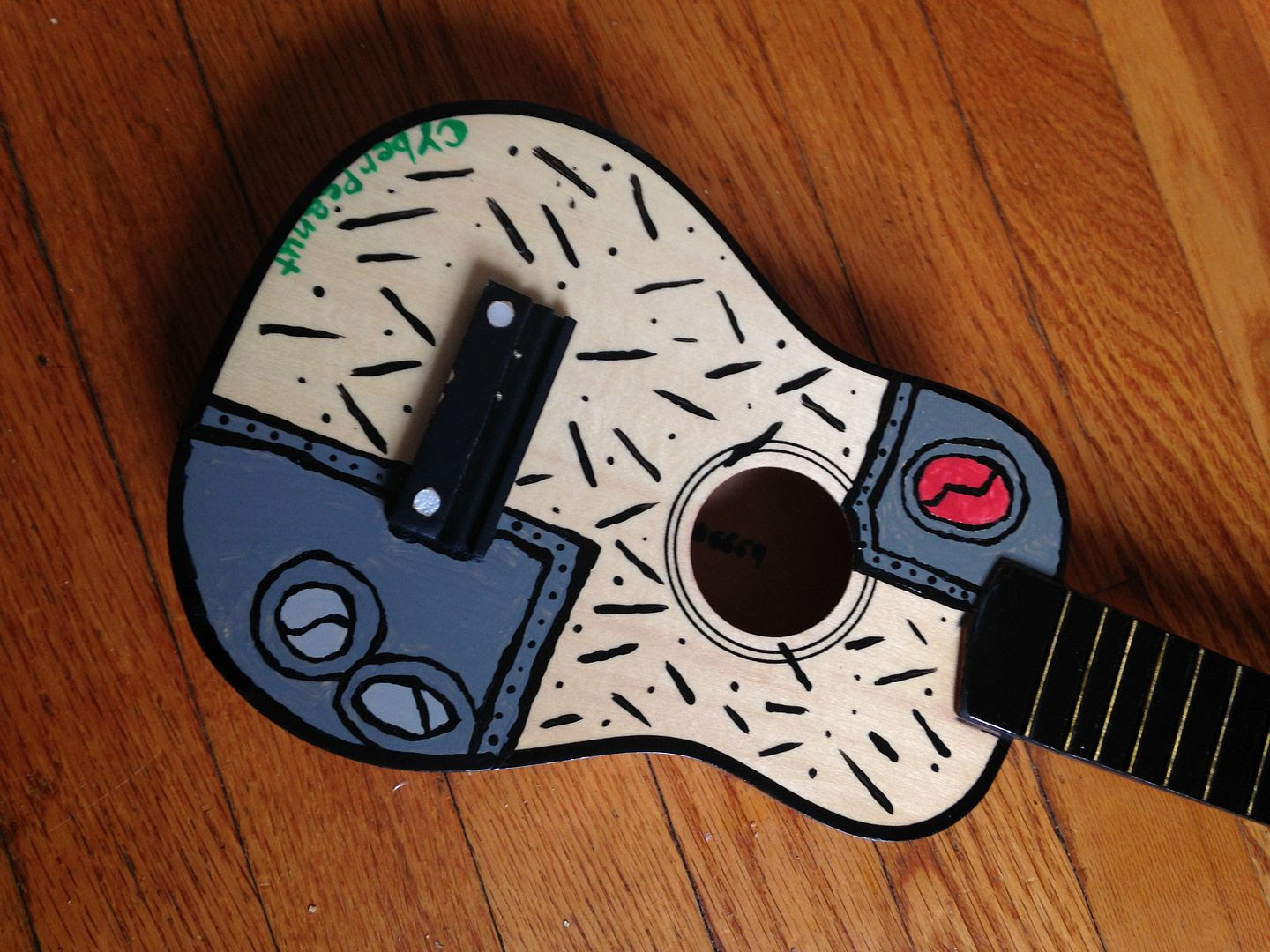 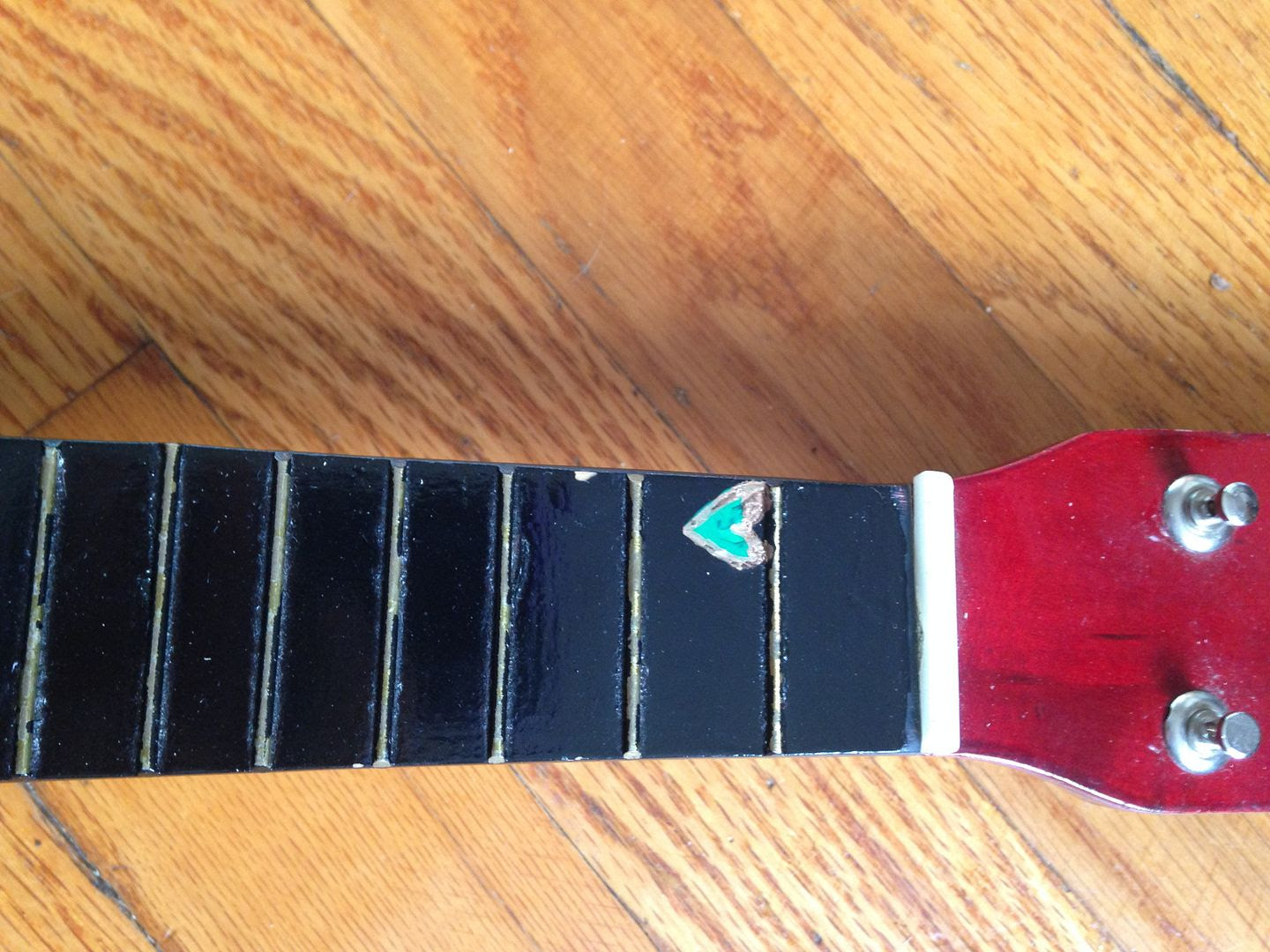 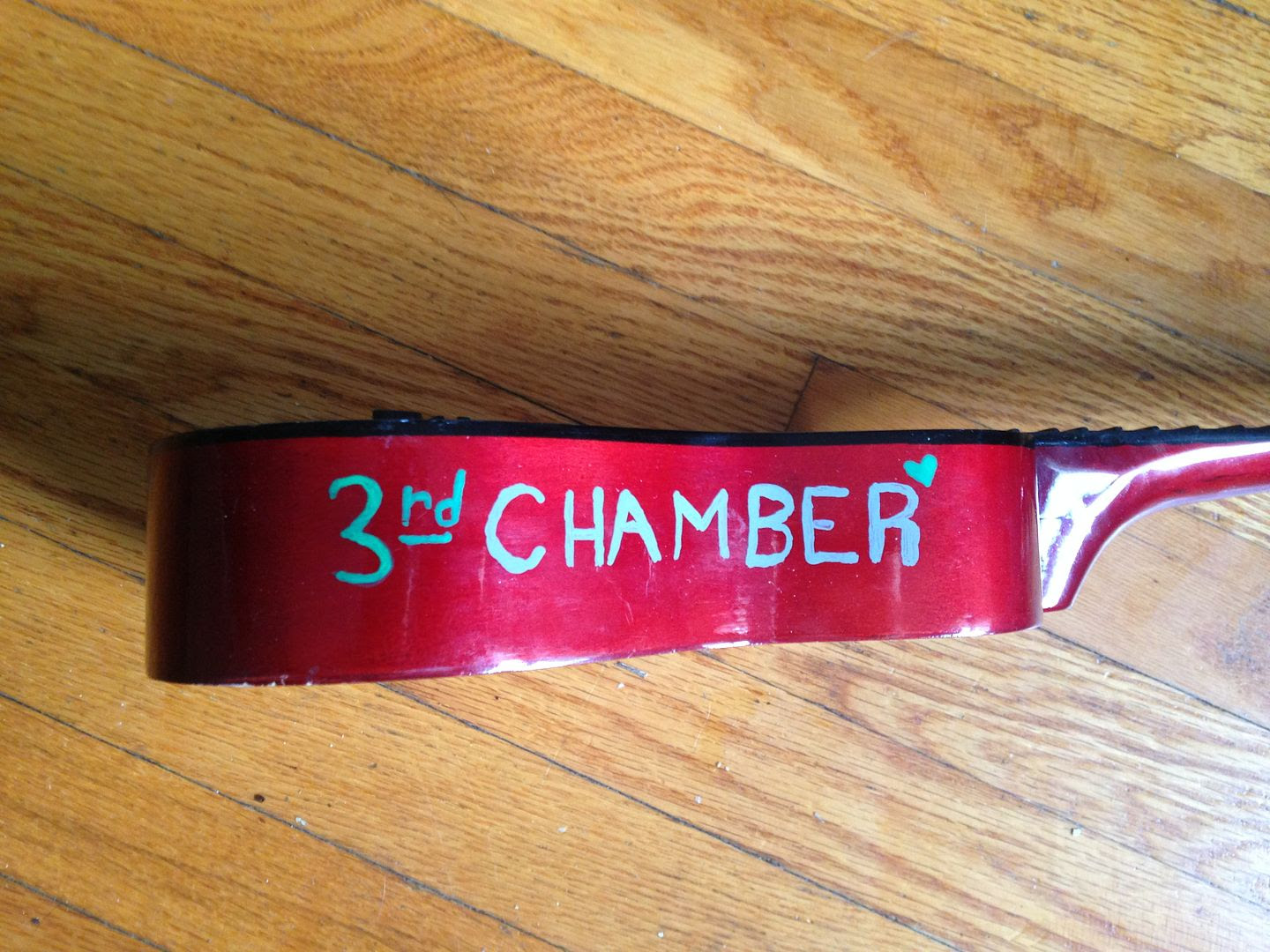 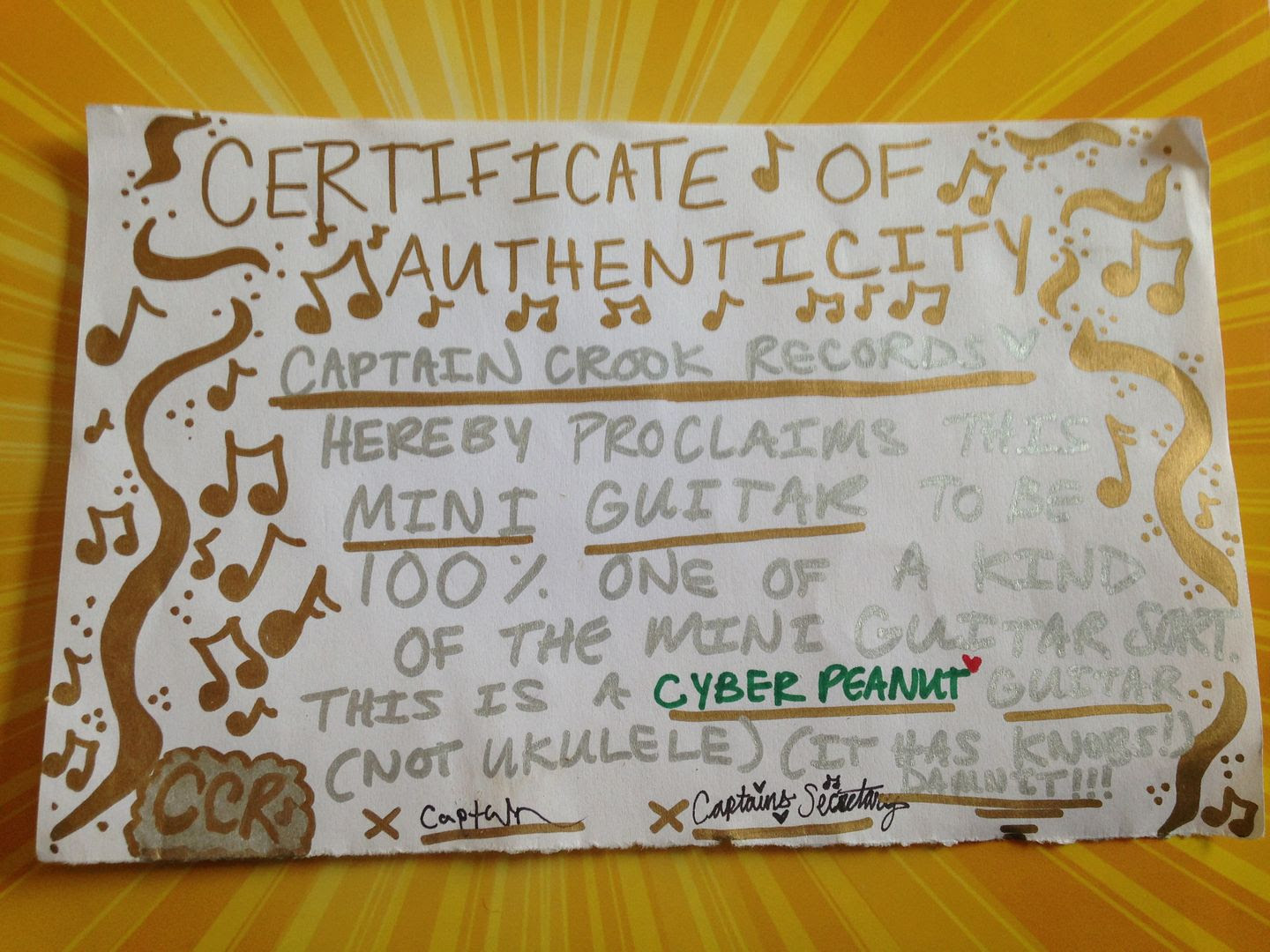