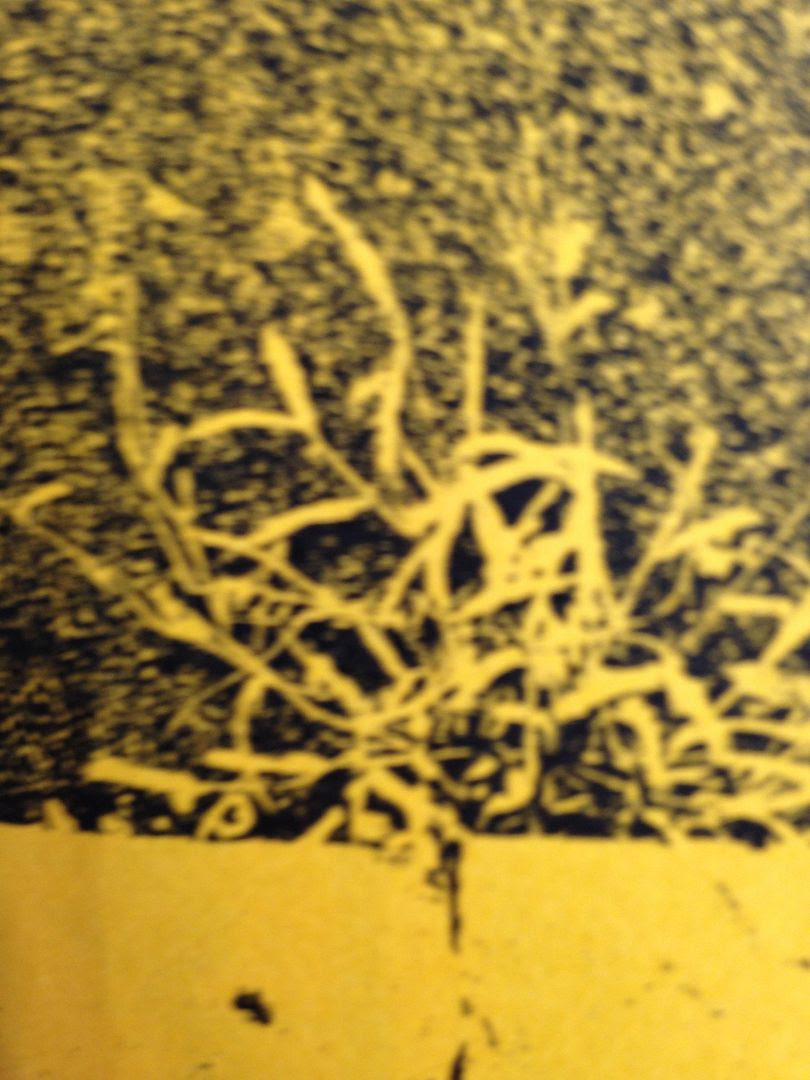 The idea that this cassette is named "NO NEED FOR A TITLE Vol. 1" is funny to me because that in and of itself becomes the title.   Saying, "Hey, we don't need a title" becomes the title, which is certainly a clever way around a title but it is definitely better than those who want things to be self-titled and/or when a split cassette is simply called "split" as if we didn't know.   Well, sometimes I don't know so it's nice to have that as an indicator, but it doesn't need to serve as your only title since I obviously figured out that this was a split cassette.

Spiteful Womb gets thing started on Side A with a static crackling but softly.    This goes into spoken words which I feel are being projected over a PA and that sounds more like at school than at a store in mass retail.    She begins to tell a story but for all of the times I've heard it I can't believe that it truly matters what she's saying.   Boiler room screeches come out next.   There are lasers and it also becomes wavy.    We are taken to a modem-like sea next.    A few more words bring about a solo glo-buzz.    Electronic ghost moans take us into clanks, crashes and scraping in the electric void.   Whirrs bring us to an end and this obviously has a haunting sense to it.

On the flip side we have Trou who are loud static such as the harsh wind tunnel.    This goes on for quite some time and then there is some shuffling but the static just keeps on droning along.    As it comes to the end it just sort of cuts off and stops.    I always like to try and find the connection between the two artists (or the pieces of music they create) when they are part of a split together and so I can't help but think that as haunting and eerie as the Spiteful Womb side might be I can only picture it as being death coming to take someone away in a very real sense.   That place full of those trapped souls, the damned if you will, is what I imagine Trou has created here and it just seems to compliment what Spiteful Womb has done so perfectly.

I feel like that's one of my favorite reasons for listening to split cassettes.    The two artists involved could live in different countries or down the street from each other and it doesn't matter in this modern world of technology.    So I always wonder whether or not one knows what the other is doing.   On occasion it has been stated on the Bandcamp but often times it is not.    So you wonder, did Trou hear what Spiteful Womb created and respond accordingly in the sense of "This is going to be Side A so make what you think would follow this as Side B".    Or did they simply just create these pieces to stand alone and is my take on them just a happy coincidence?   Either way (and I don't want to know), it is great how it works out like this and if you're not finding the connections in this split cassette then you are not really listening. 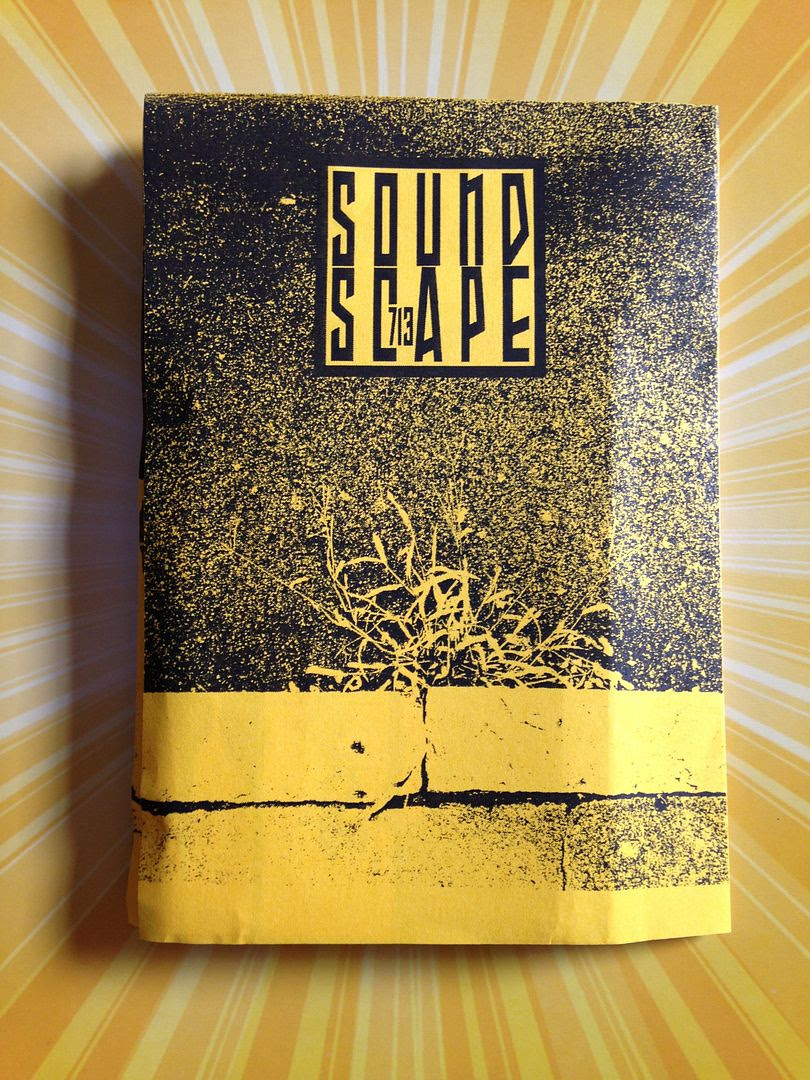 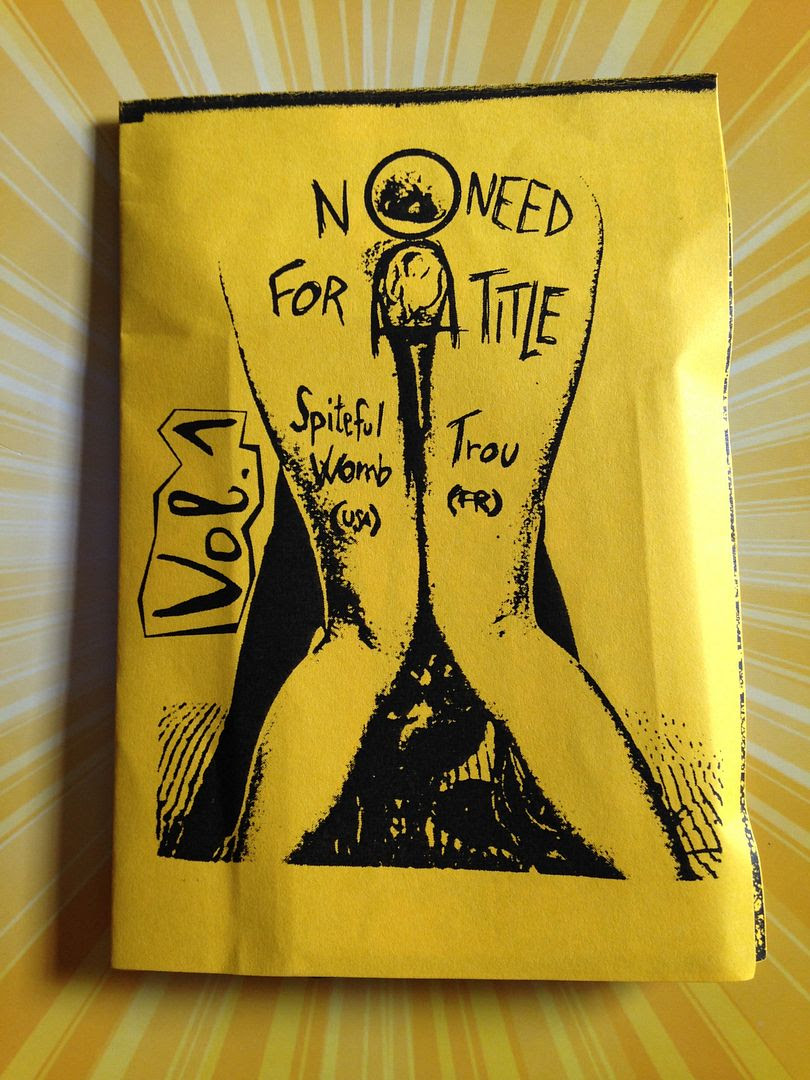 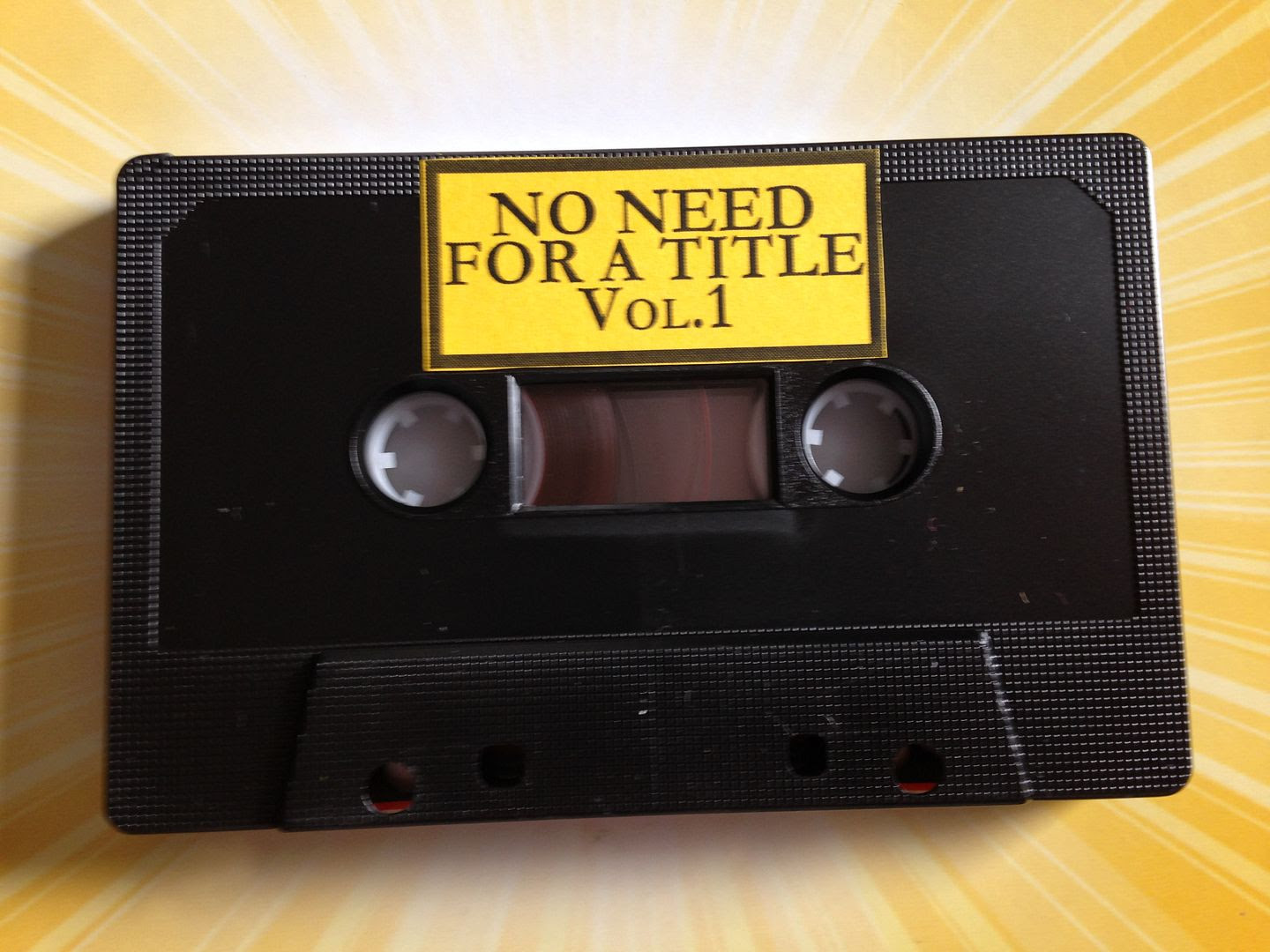 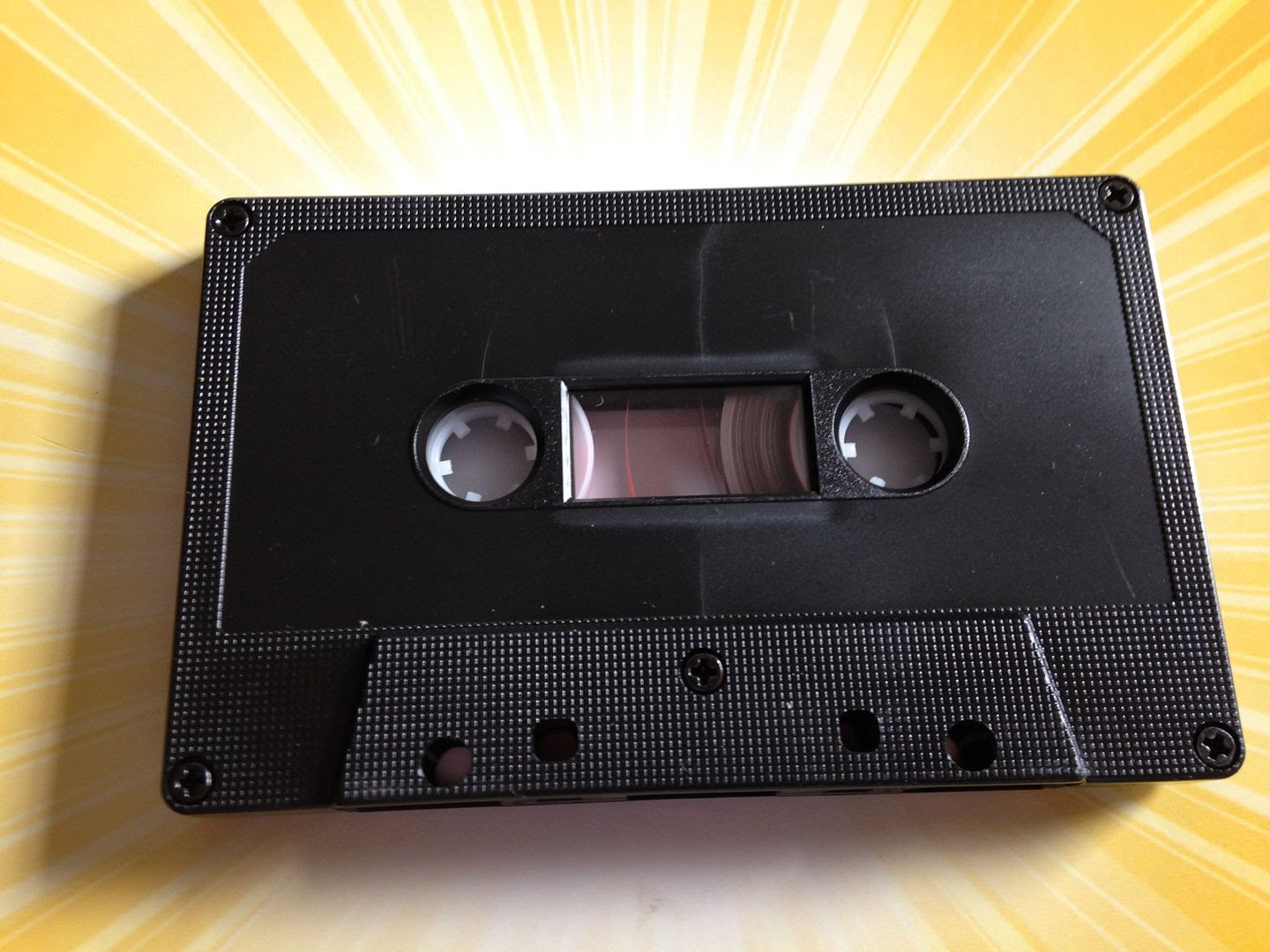 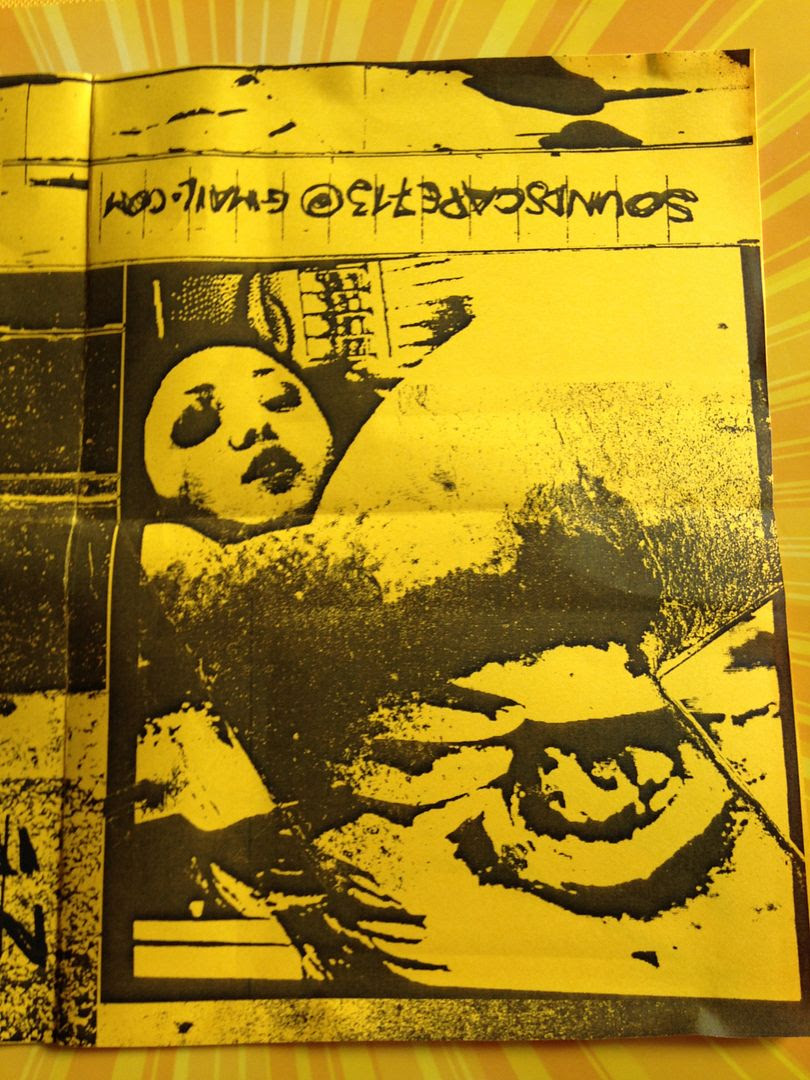 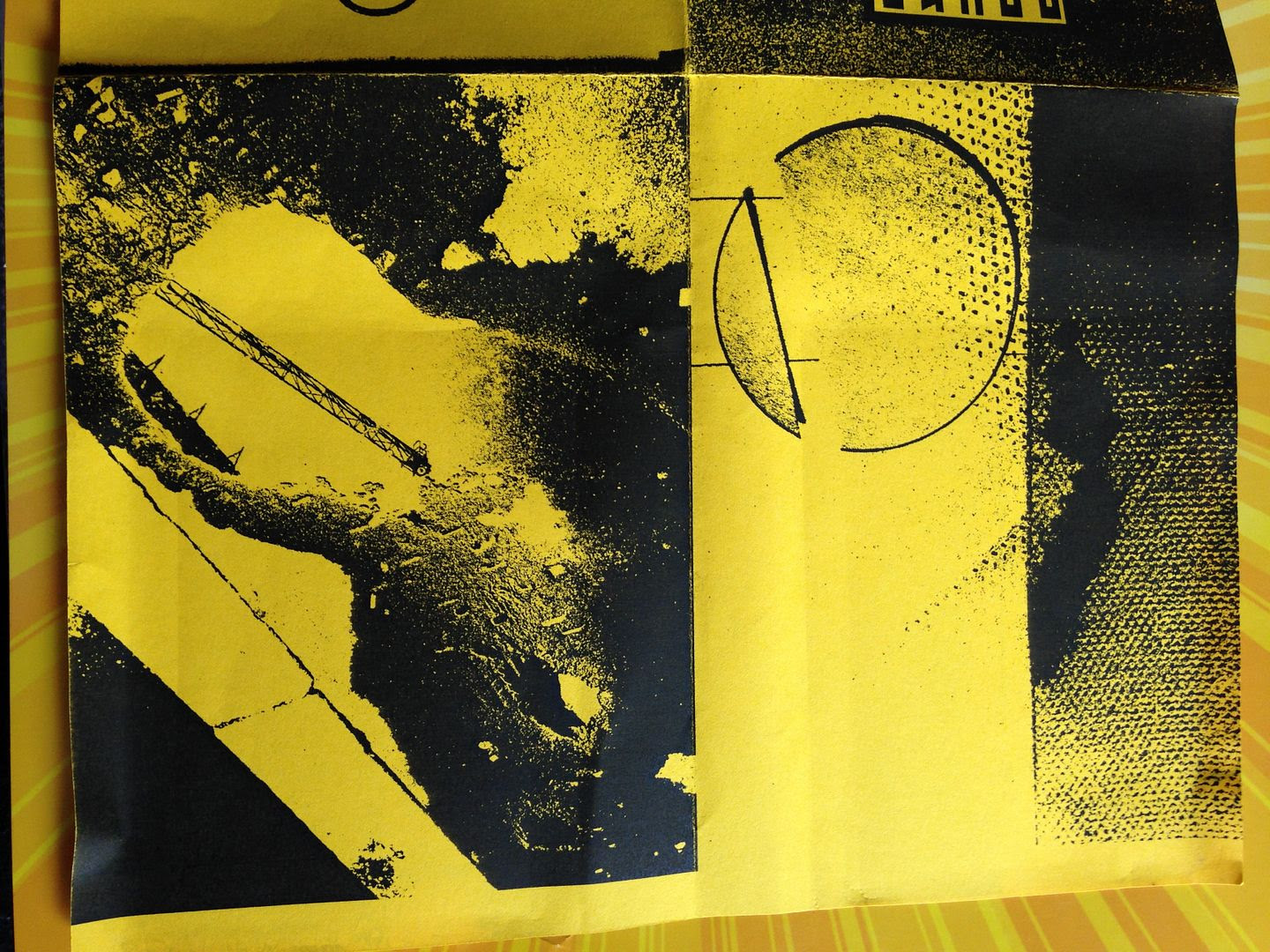