We here at Raised by Gypsies are constantly sent singles and music videos which we listen to and watch but don't quite know how to review.    It has been decided that it is likely best to put them all into one review every so often as what some might call a "round up" and as such this will be our first time doing so.   Enjoy.   Or don't.   I'm not your mother. 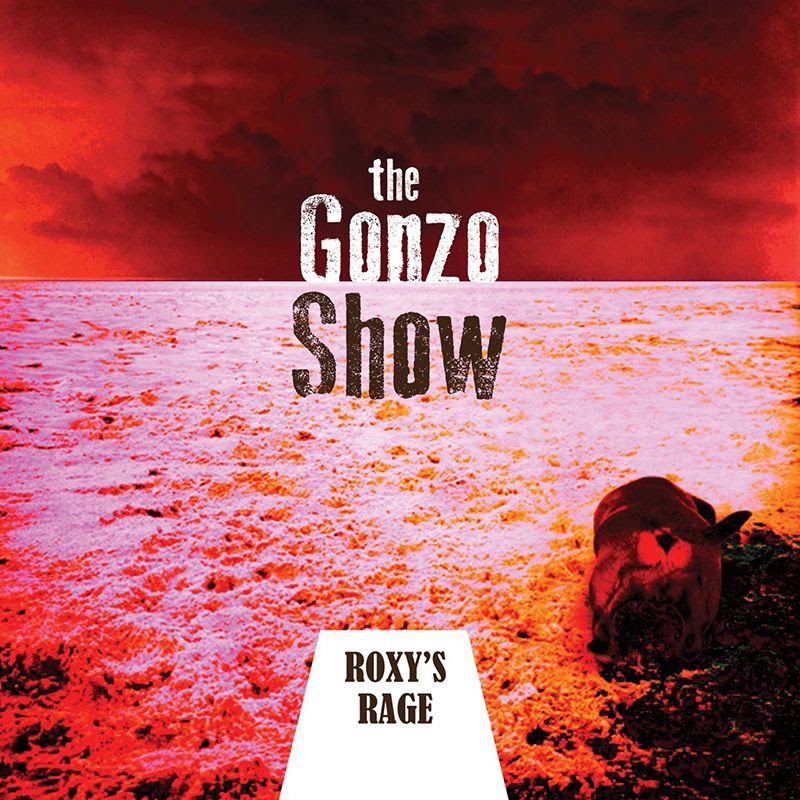 The first band we've been listening to a lot over here is called THE GONZO SHOW and they have this song called "Roxy's Rage".   It's somewhere between rock n roll, psychedelic and garage.   It's bits of Local H mixed with The Doors and then the type of music that I would expect to find in BBJr.'s record collection.    It's just a lot of fun without being too upbeat and just all around rocking.    THE GONZO SHOW is scheduled to release a full length in 2016 so definitely be on the look out for that. 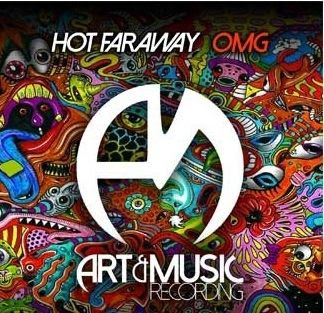 We were sent a private link for a song called "OMG" by Hot Faraway.   It's this instrumental electronic loop that only says "Oh my God" every so often.    It might be worth at least one listen from you if you care to seek it out as it was interesting and, yeah, I'd kind of be open to hearing a full album from Hot Faraway.

Not something to review per se, but I do need this plush taco from Kid Robot in my life: 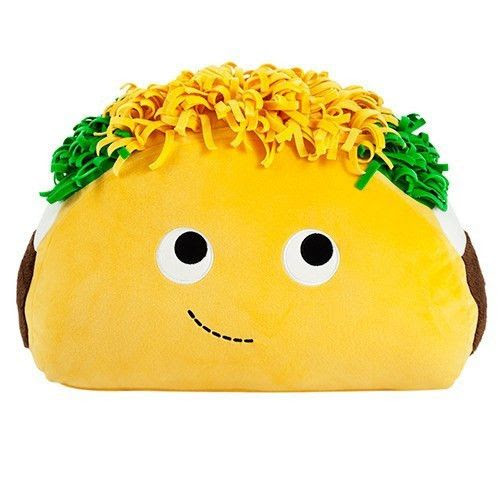 If you're into pop music- and I mean really pop, like the type you would hear on the radio- then be sure and check out this cool lyric video for the song "Love Never Felt So Good" by George Guy.    If you've ever watched "The Office (US)" then you'll remember the wedding of Pam & Jim and how everyone came out to this song that apparently everyone was coming out to at weddings at the time.  I'm still not sure what that song was called but this reminds me of it for some reason and then it also reminds me of Bruno Mars but that might just be because I heard him on the radio yesterday.    Still, you'll get the general idea right away when you watch this video and it's a good pop number. 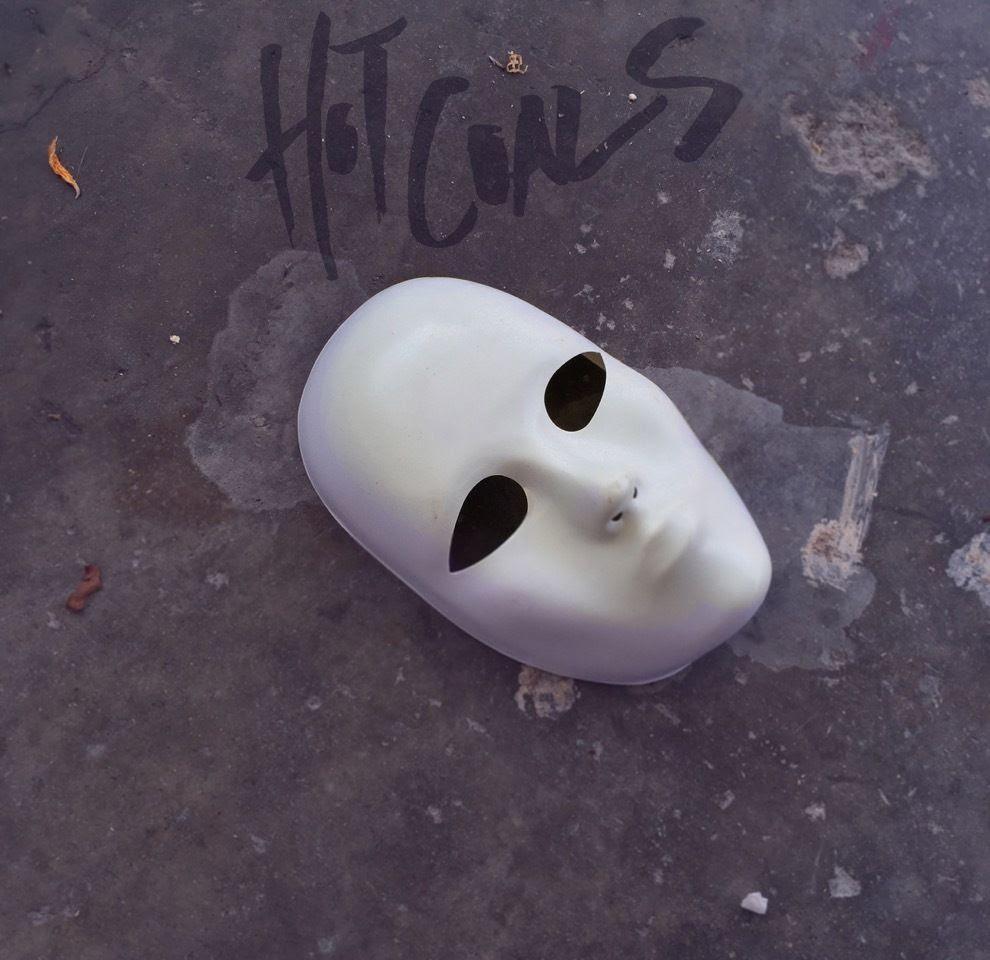 Edward Sharpe and the Magnetic Zeros have a new song called "Hot Coals" and it's pretty rad.  If you haven't heard them yet or even if you have heard them before and maybe didn't like them give this song a listen as it is most interesting even if it's not for you.   I'm definitely digging it even if pieces of it remind me of Seal.


Everyone needs this in their life: https://getondown.com/album.php?id=18029


This is now one of my favorite songs by Nathan K and it comes with a most excellent video.   It's called "Temporary" and I'm really just going to let it speak for itself here because you just need to watch it.    https://www.youtube.com/watch?v=jcxm5sDTVEA&feature=youtu.be 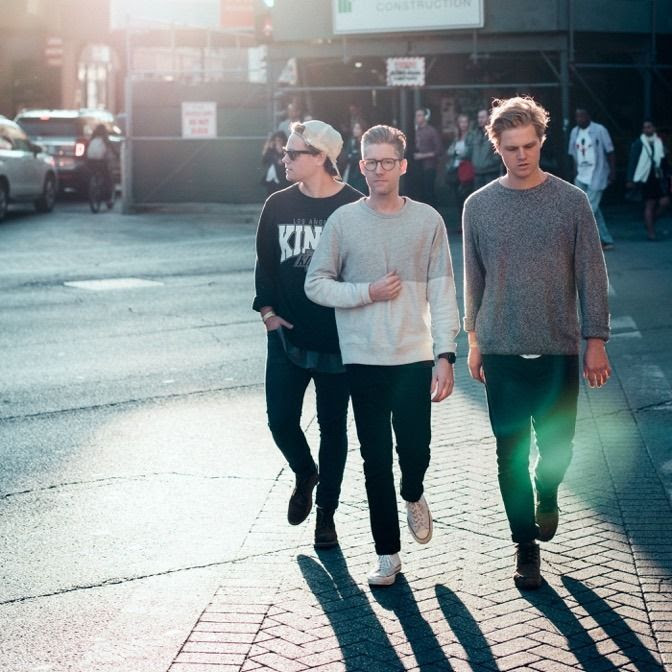 We got a private stream for the new song by Colony House called "Silhouettes".   It will eventually be out there but for now you can watch the music video for it as well.   The song is fast paced, catchy electro pop rock somewhere between Neon Trees and The Killers but it has its own sound which just has me singing along after listening to it way too many times.   It's just upbeat and hard not to get you pumped.   Even if you're having a bad day I can't imagine a scenario where this song won't get you up and singing along and put you in a better mood.   Well, except maybe a funeral.   Yeah, don't try playing it there.   But otherwise I dare you not to move to this one. 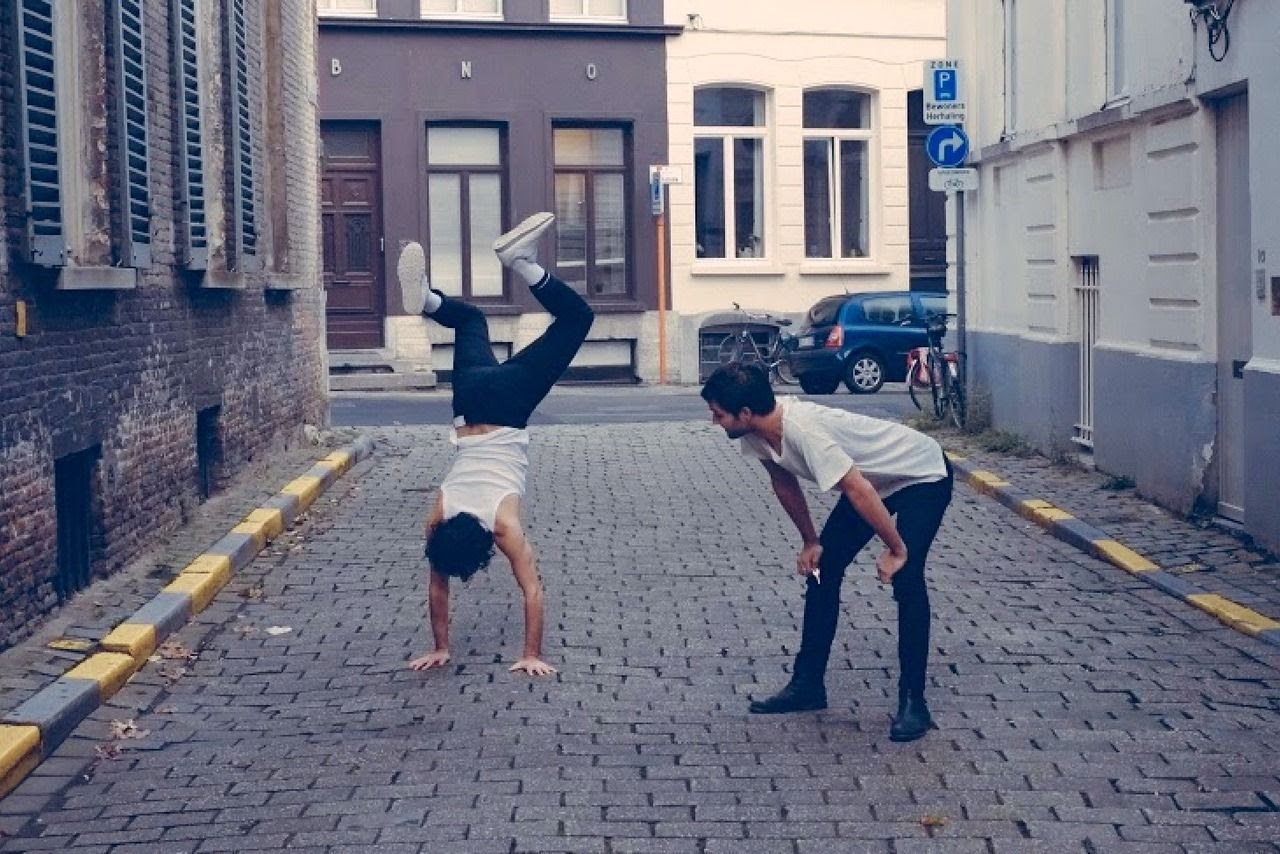 If you're into synth bliss then I definitely recommend listening to this track called "Fade Out" by Sameblod.   It gives me that feeling like I'm walking on clouds. 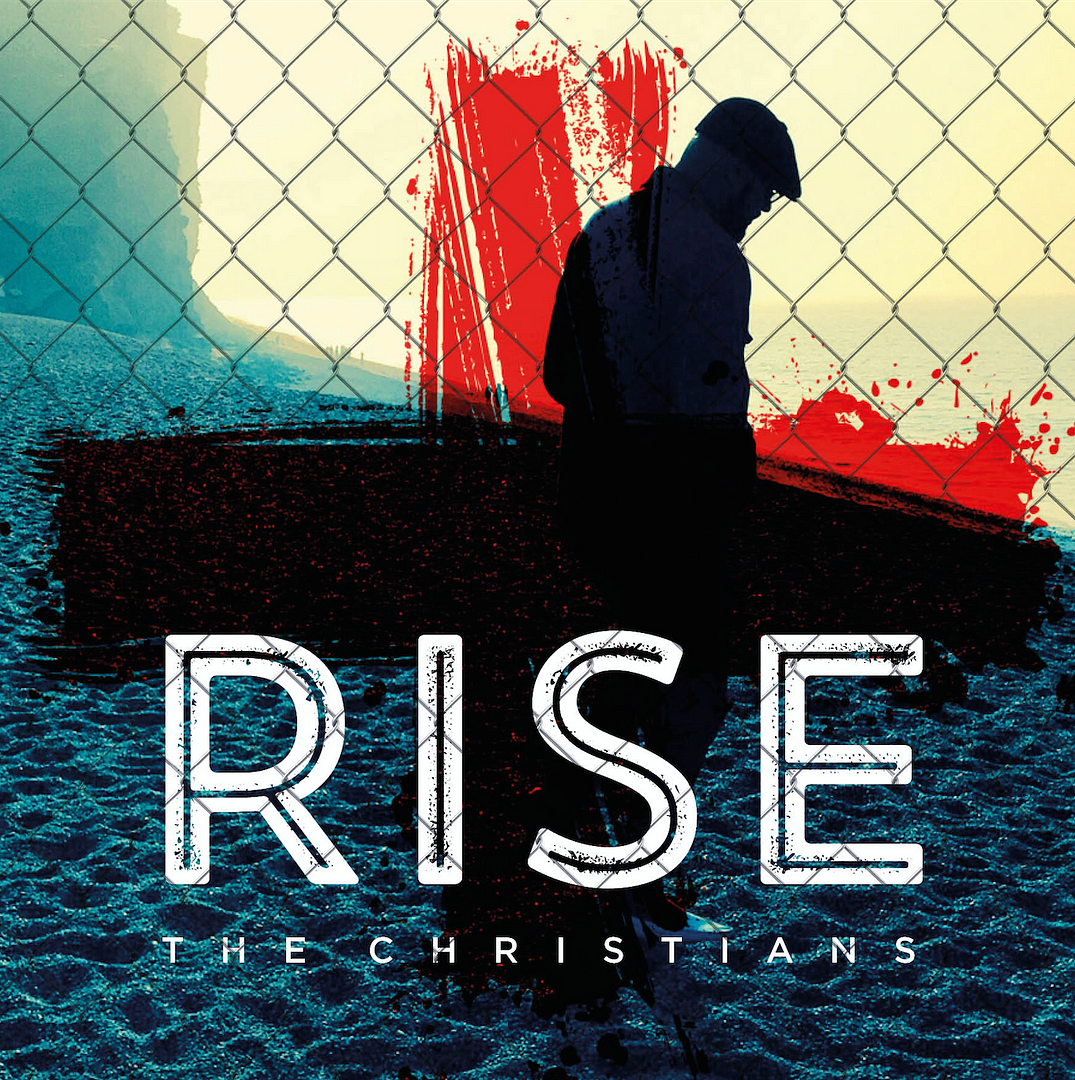 Also a single from The Christians called "Rise" shows what this band has in store for us.   It's got this rock groove to it I can't compare but could make many combinations of, with things such as Gnarls Barkley and Franz Ferdinand coming right off the top of my head.    For some reason though I also like to imagine it as Bob Marley fronting The Clash but don't ask me why because it might be a long story about the creative direction Mr. Marley would take the band in.   Regardless, this is a single that should be in your jambox and at that I do also look very forward to more songs from The Christians. 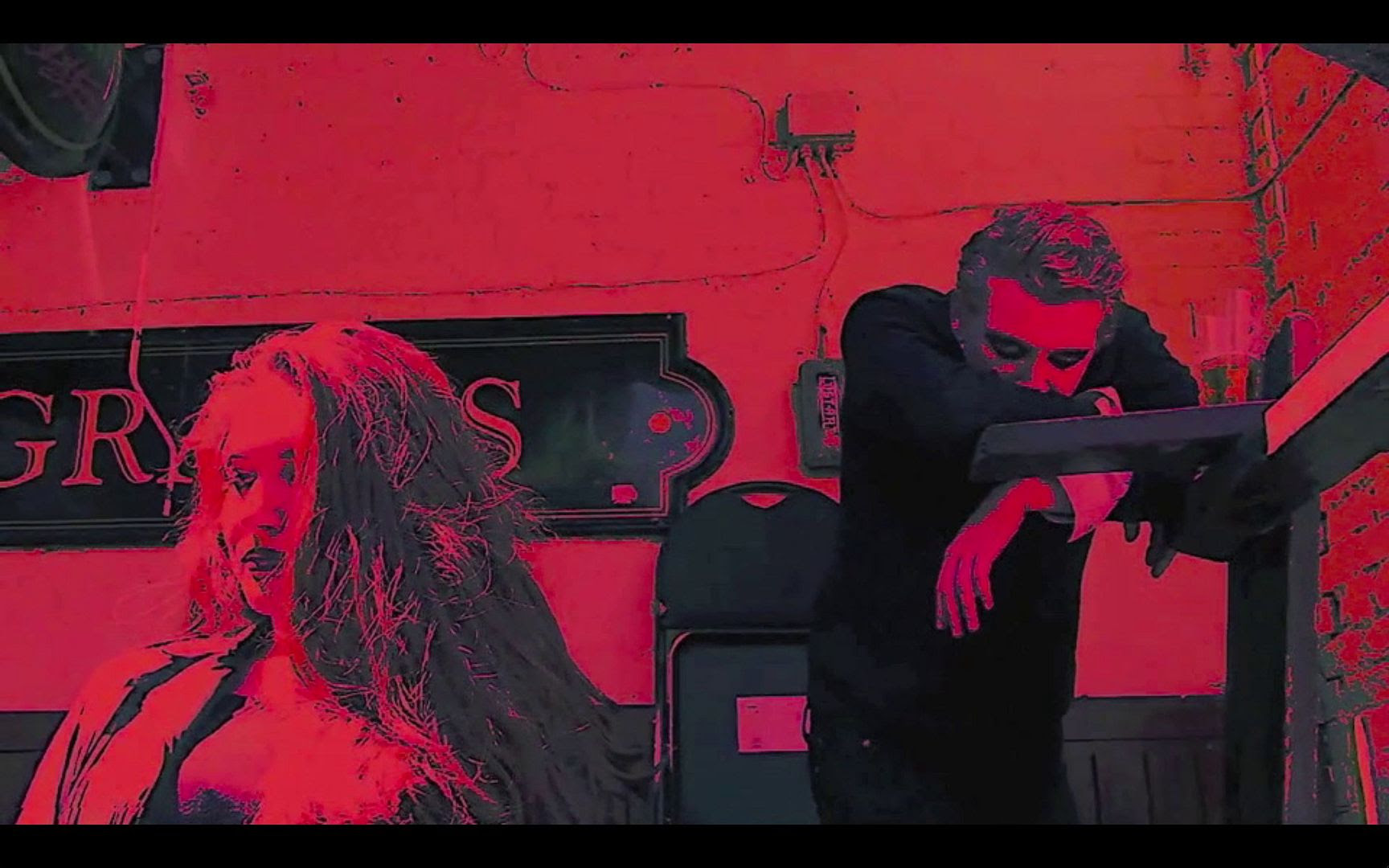 The Sneaky Nixons make no mistakes about what their rock n roll song is about- "Sex".   It's got these smooth horns to it which almost bring around to swing in some ways for me, but also maybe a little bit of rock n roll ska (It's not quite the same as Cherry Poppin' Daddies or Squirrel Nut Zippers but closer to that than anything else I can think of right now)   It's a nice song to add to your mixtape if only because it does remind me of something I'd hear on a random mixtape as a youth or even an early Punk-O-Rama or Asbestos Records compilation. 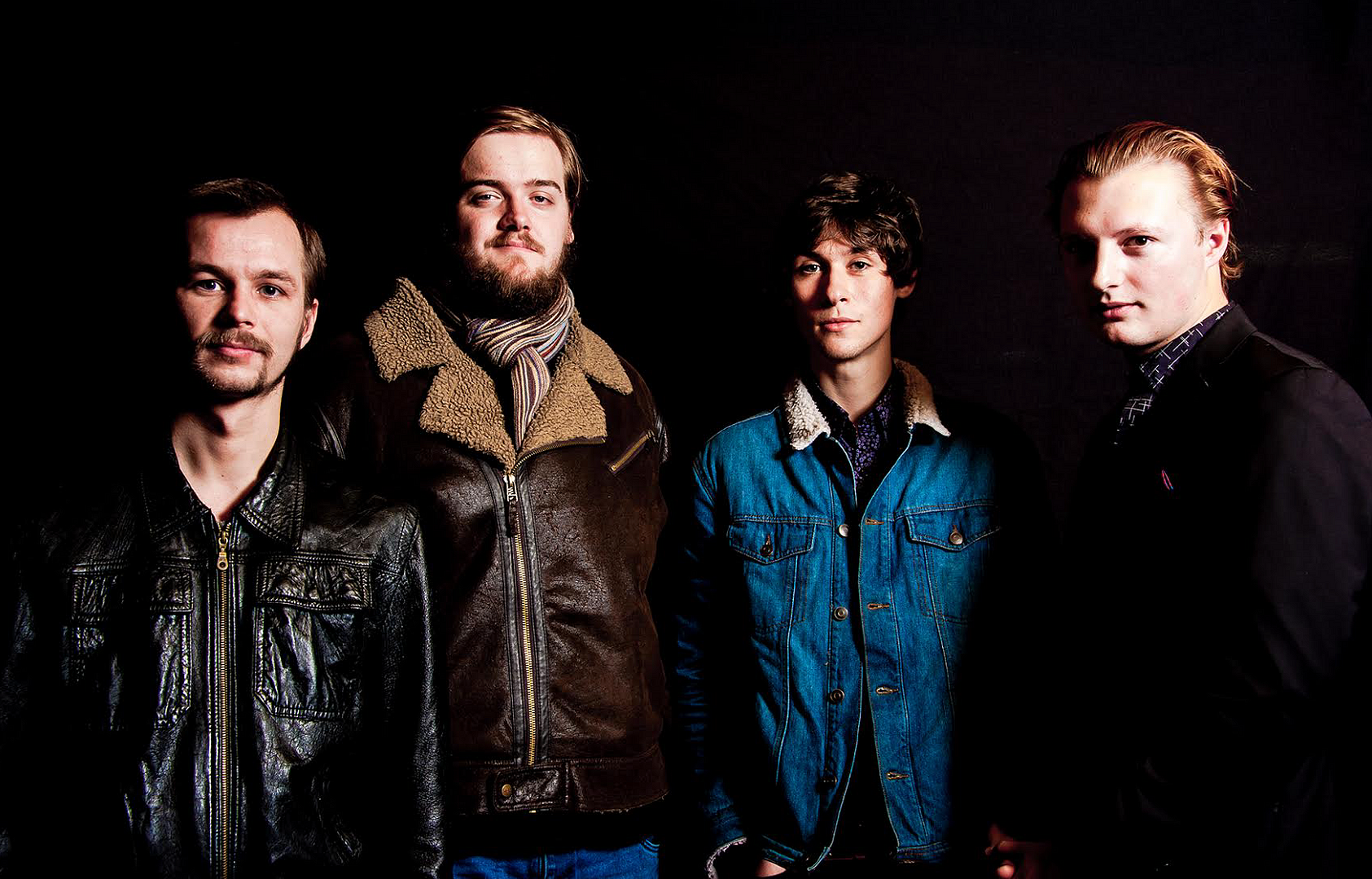 If you're into sultry, smooth jazz type of sounds mixed with something out of the 1980's (Imagine some combination of The Cure and Tom Waits) then Barney Goodall & The NightHawks are for you.   The first listen can be found at Jammer Zine here and I am anxiously awaiting more music from what is sure to become one of my new favorite bands next year. 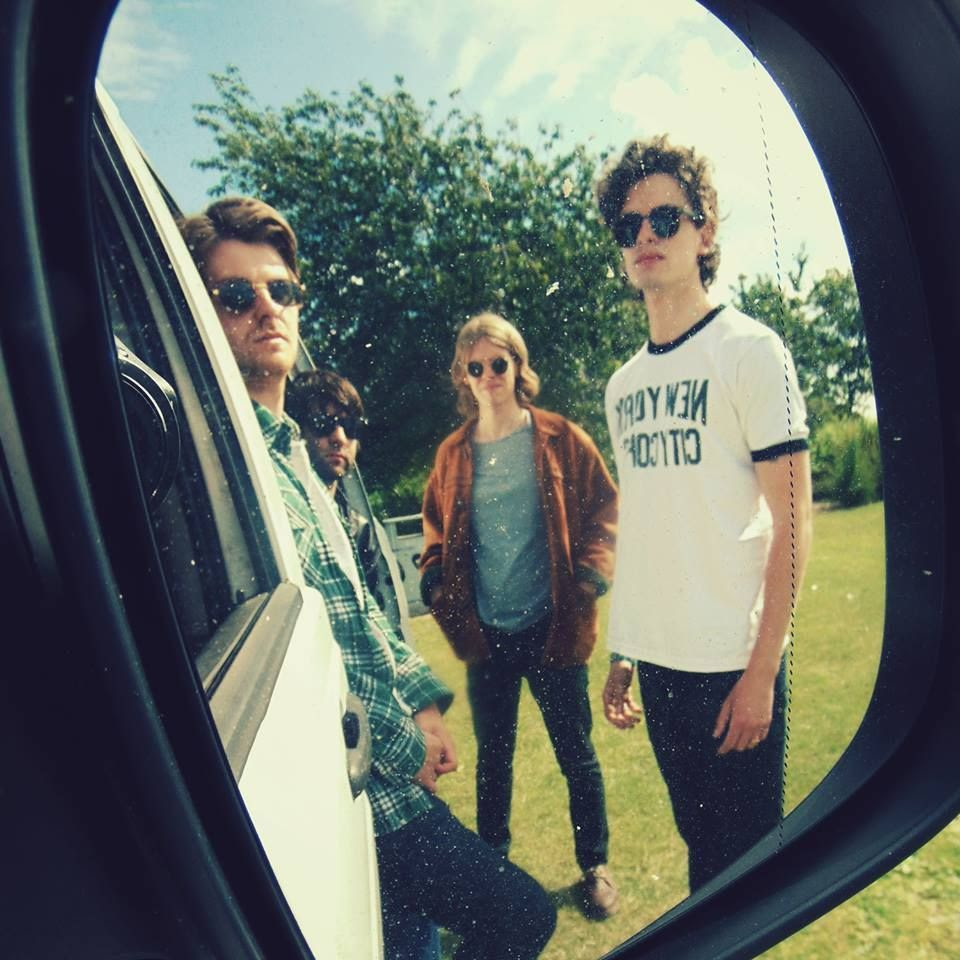 Stretched out guitar riffs that stop and start into full on melodic choruses.   Somewhere between The Living End, The Clash and some other elements I can't place, The Levons are not quite punk, not quite rock n roll and not even quite rockabilly (At least based upon this one song) but this is a song you should have on your playlist.    Supersonic indeed.

Warning: Listening to this song might get it stuck in your head, so follow this link at your own risk ~~ "Too Strange" on iTunes
Posted by Joshua Macala at 7:55 AM