When I first saw the ReAction line, it was actually at Barnes and Noble and they had a huge display built for them.   I almost bought the figure for The Rocketeer because I loved that movie as a kid and never really had a toy for him and felt like this was my chance to finally get one (There has since been a better Rocketeer figure released and I'm probably going to get the Blu-Ray first though).    I was blown away by the characters being made and how diverse they were and yet still they all seemed to appeal to me.    But, as if with Funko's vinyl pop series, collecting these all (at $9.99 each) could end up being far too costly.    Fast forward to some time later and a trip to Toys R Us where I found them on clearance.   I browsed through to see who they had exactly and while they had some characters from "Pulp Fiction", I still just wasn't feeling it.    I didn't want figures for the three main characters in "Pulp Fiction" even though I seriously considered it.

And then, at a different Toys R Us, we found this figure on clearance for $5.98.   It might be the only ReAction figure I ever own and I'm fine with that.    The reason why I like this figure so much is because not only is "Pulp Fiction" the biggest Quentin Tarantino movie, he also had a role in it himself and this ReAction figure is based upon that character.   I can't think of too many other directors who put themselves in their movies (At least not who are still directing) and even to put someone in this line like Alfred Hitchcock or Stan Lee (though not a director), they'd still look like themselves more than characters they were playing because for the most part they are cameos.   M. Night Shyamalan comes to mind, but it still wouldn't have the same impact for me.

So how cool is it that one of my favorite directors/writers has a ReAction figure for his role in one of his best movies?   It's just something I felt like I couldn't pass up and maybe even if I saw it at the $9.99 price tag (which I never did) I still might have had to buy it for the novelty.    Now, he does come with a coffee mug, which is hilarious, but that just means he's got far too small of pieces for me to ever want to open him up and it kind of ruins the vibe for me anyway.   Now, if I was going to have the entire set of "Pulp Fiction" or just more than one ReAction figure in total then, yes, it might make sense to open them up and display them all in the same place.    But I feel like the packaging for these figures is as much a part of what you're paying for as the figures themselves and so I don't want to open this one for sure and had I bought The Rocketeer all those months ago I would have wanted to open him up but ruining the carding in the process would have made me sad.

Unfortunately for me this means I'm starting a MOC collection once again- which I have tried so hard to avoid for so many years- but let's hope this is one among the few MOC figures I own and more are not soon to follow (Though a MOC Starting Lineup collection is still slowly forming for me)   These figures don't have the best articulation  (which is kind of the point of them) and so even if you did open them I couldn't imagine doing too much with them.    Yes, making a tiny Rocketeer fly around would be awesome, but what could you do with figures from "Pulp Fiction", "The Fifth Element" or even "Karate Kid"?   Though, yeah, I do admit I kind of want a Snake Plissken figure because he's another one of those characters I've always wanted a toy for and I might be tempted to open him up if I could find him on clearance and have him go tiny adventures. 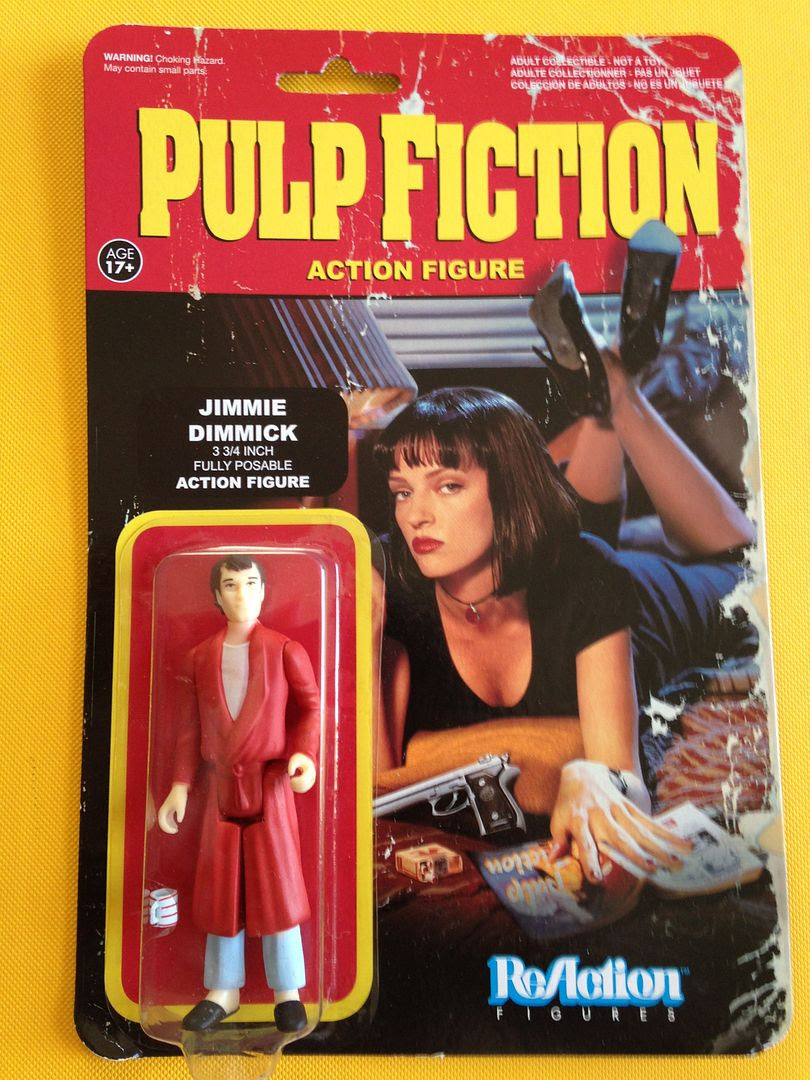 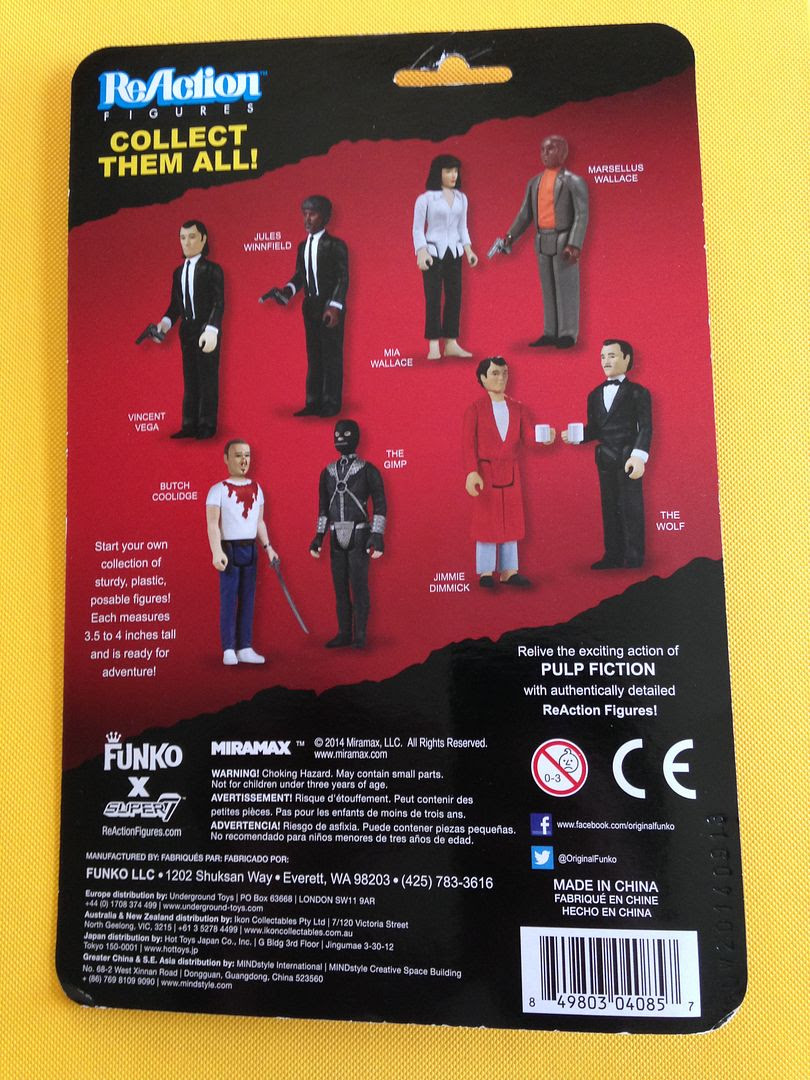 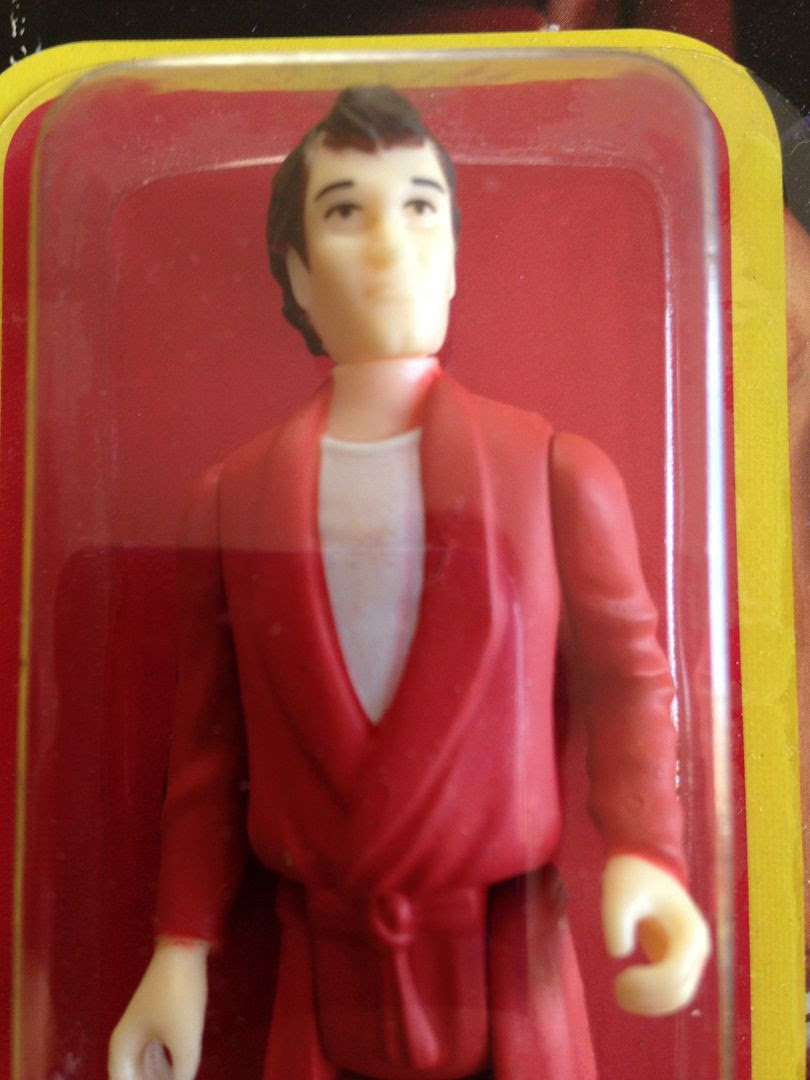