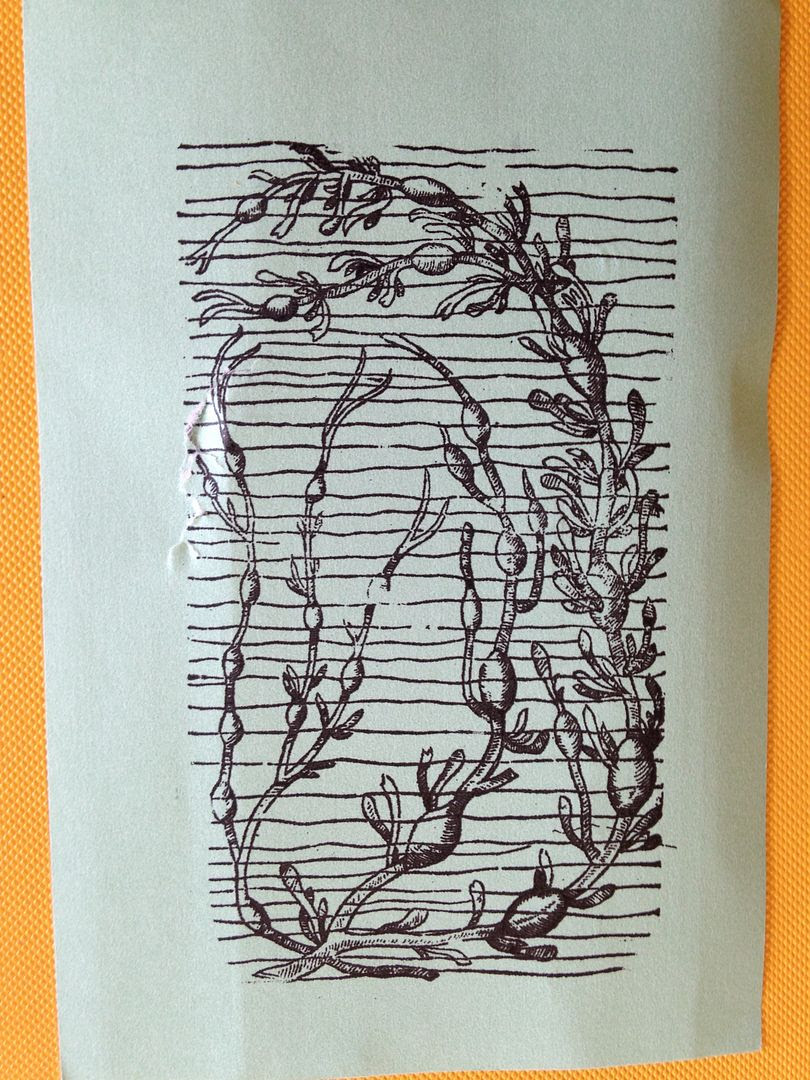 If you are not yet familiar with crustacés tapes then you should know that they seem to be keeping a lot of their physical releases off the grid.    This particular cassette isn't on their Bandcamp page at the time of my writing this, though it is mentioned on their Tumblr and I found the entry at Discogs here. But what they like you to do is send them either a post card or gift in the snail mail and then they will send you this cassette.   I think it's just such a fun and neat concept that you can't really object to it.   If you only wanted to send them a post card with your info on it requesting the cassette it would cost you far less than the cassette itself is actually worth.   If you sent them a gift though you could get much more creative with it and that idea to me is just wonderful.

The cassette begins with a certain sound I can't place, something rattling a drain perhaps, and then it becomes this rapid tapping like a woodpecker or perhaps sewing machine.   These sounds come mixed in with it as well and though I don't feel they are directly they remind me of dogs barking.   There is an almost hollow feel to it, as if someone is suffocating.    The tapping then turns into more of a typewriter feel somehow but more of a typing than a typewriter.   A slight scraping leads to some hollow glass scratching and a grinding.   A tapping still persists.   Many of the same sounds are being used only in different manners, as the beast now appears to either be purring or asleep and snoring.   A distant sound of insects can be heard as well now and I am beginning to think we are in a swamp and this noise I thought was a dog or beast is actually the croaking of a bullfrog.

Quieter sounds become louder sounds as they seemingly soar through space.   Whispers begin to sound as if they are crying for help.    It is the sound of a static sigh.  A scraping now, somewhere between that guitar string and an electrical problem and it just kind of reminds me of a stronger version of when a lightbulb is about to go out.   Some back and forth sounds as if someone is sanding something but then a number of other sounds are mixed in at the same time which makes me imagine two beasts fighting over the same prey.    Percussion comes in now as my first recognized musical instrument and at the same time a crowd of people can be overheard talking, as if recorded without their knowing rather than for an audio clip in the traditional sense.    A few strings are plucked in that Nirvana way that makes me think someone is about to say "moderate rock", but instead it fades off as we find ourselves back at the crackling.

Some static and hissing comes in with the crackling now and on some level it sounds as if something mechanical is breaking down, either in a factory or a sewer even perhaps.   The hissing continues and then fades into almost nothing.    A sharpness then comes out with some other sound in the background which seems to oddly keep the beat.   There is a certain rhythm to this although I cannot identify any musical instruments.   A little bit of the scraping sound comes in as well and this just becomes a symphony of non-traditional sounds.    Heavy breathing type of sounds take me back to that bullfrog and then things begin to get squeaky like that one wheel which just really needs the grease.    Back into that sound I heard earlier which now sounds like some kind of stretching and is closer to a bullfrog than anything else.   A few strings are plucked once again, as they tend to make these rare appearances.   A sharpness becomes the background while guitar notes play as if a dectective is sneaking around.    This scraping sound now is on a loop and when some sharpness gets added in that takes us to the end of Side A.

On the flip side we begin with a series of static skips.   This almost just serves as a way to let you know the cassette is starting again and could be used as a way to check your levels and volume properly before listening.    Clicking, ticking and other sounds somewhere between knobs twisting and turning and old rusty bicycle can be heard now.   There is a whooshing such as a hose but yet a buzzing at the same time.    The bullfrog type croaking can be heard before we go radio silent.     The next scene takes us into what I imagine in my mind to be an active cafeteria but not a busy one.    There are just a few noises of items shuffling around and it could be dishes in a kitchen and I'm not sure why but it has that somewhat quiet school cafeteria feel to me, even though I don't recall the last time I was in an actual school cafeteria.   (I did walk by one last year though, if that counts)

Through a faint helicopter blade twirling sound come the sounds of what I hear still as being silverware on a plate- that is someone picking up and using their fork to eat, maybe even a knife as well.   Again, I'm not sure why I got this cafeteria idea stuck in my head but now it is really getting into where I feel like I might believe it to be where the sounds are really coming from though if you heard something else then it might be that just as well.   Whooshes come out now and I am reminded of downhill skiing so there goes my cafeteria idea.   A buzzing comes through now and I can almost begin to hear someone talking in the background before it is abruptly taken away.    There is a grinding loop which seems to be trying to produce guitar string notes of some kind as well.     Some shuffling around and other noises come out, but then there is that distinct hum of some kind of strings, what I want to call a violin, as it kind of drones out the notes.     Some of the sounds coming in next remind me of what it would sound like to take a saw to a metal baking sheet.    Once again, the sounds of voices can be heard if only briefly before disappearing into the sound.

Slight bursts of static into other shuffling sounds and noises which are familiar to this cassette come through in a rhythm of some kind.    This turns into this droning noise now which can only be described as some sort of alien death ray taking me into its grips and trying to beam me up into a mothership.   A door slam.    Sounds scatter, as if some advanced version of using spoons for percussion purposes.   I can't explain what I'm hearing but it does sound like mice in ways somehow as well.    After a brief pause it sounds as if someone is about to make an announcement over the loudspeaker and it is only fitting that some crowd noise can be heard at the same time.    We are now somewhere between a locomotive and a symphony.    The sound simply comes to a screeching hault and then ends as it brings this entire movement to a close.

The best way to think about this- and perhaps the best reason for you to hear this cassette- is simply that it has somewhat of a minimal amount of sound going on at times and really throughout the whole thing.    It's not overly complicated and it doesn't even have more than two main sources of sound going on at the same time, or at least that how it feels to me.    And yet, it somehow generates this room-filling sound where you can just imagine it in so many different scenarios and just paint yourself different scenes depending upon your mood and outside influences for that particular time when you are listening.    And, of course, crustacés tapes does exactly what I love as they put bits of their previous releases on their Bandcamp page but never the full release unless you get the physical and I think that there are people out there still who wonder why they should spend even $3 to get a cassette for something they could download for free.    So much respect to crustacés tapes for supporting the physical and as you can tell they are one of a kind in terms of labels, though every label releasing physical media should strive to be like them and, well, the same can just be said for the music on this cassette as well. 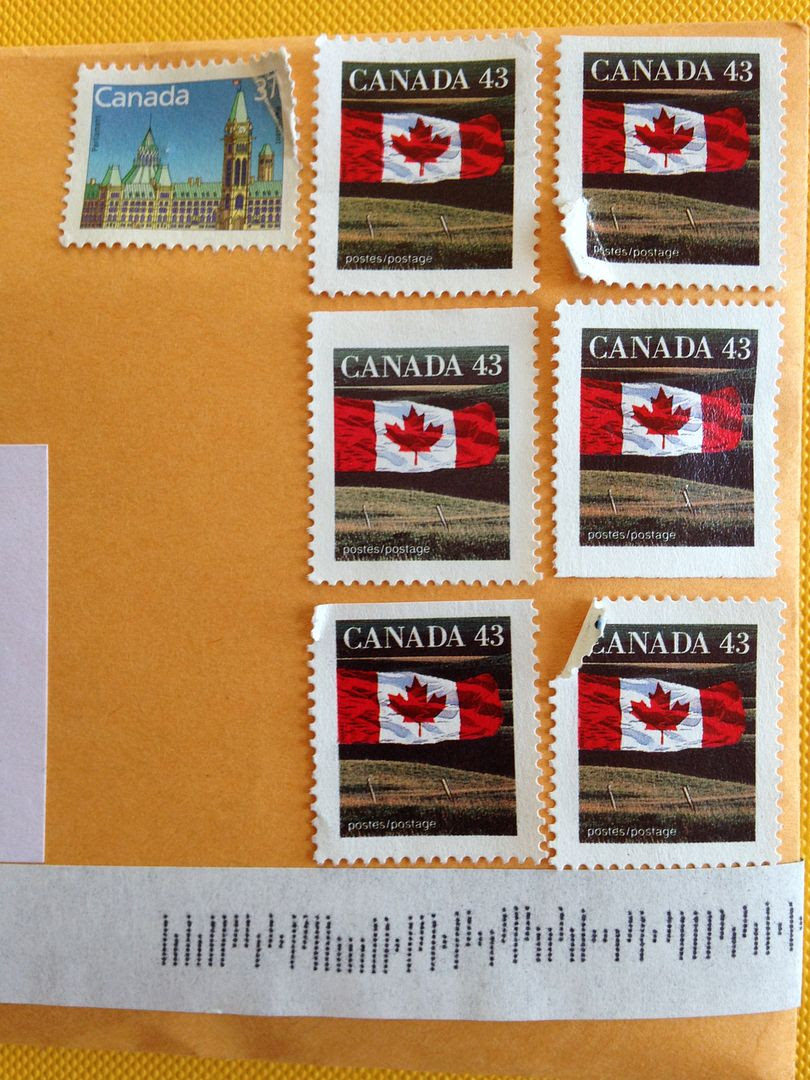 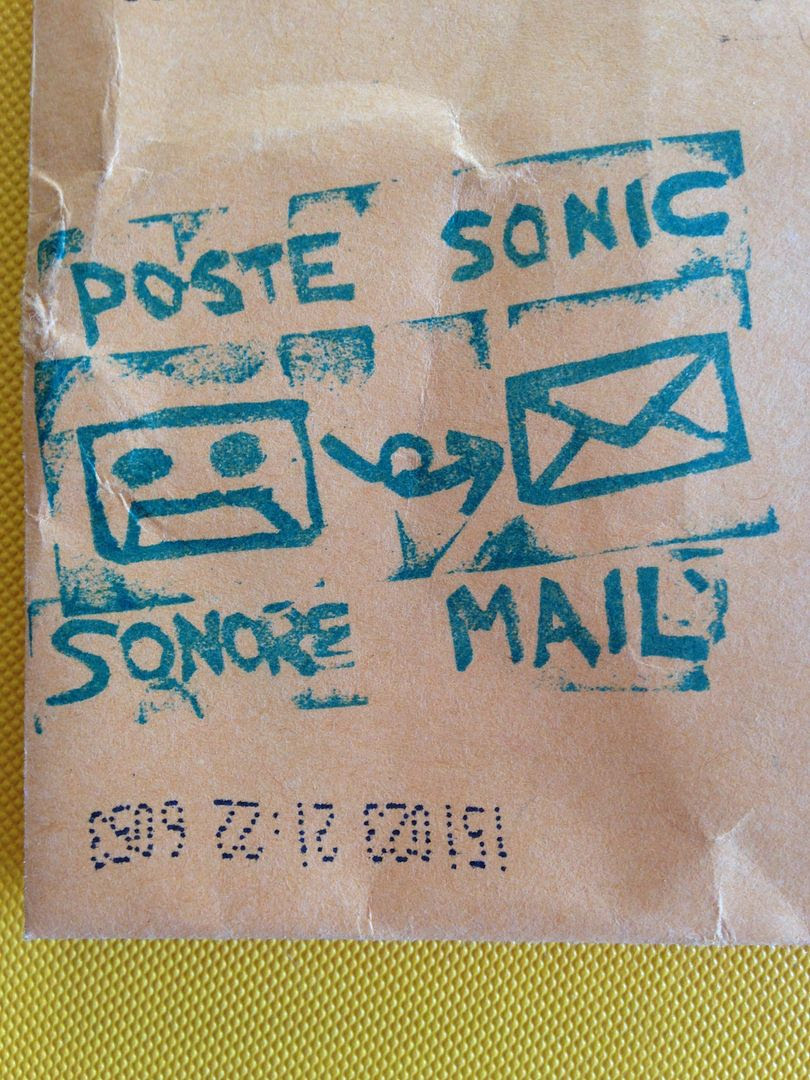 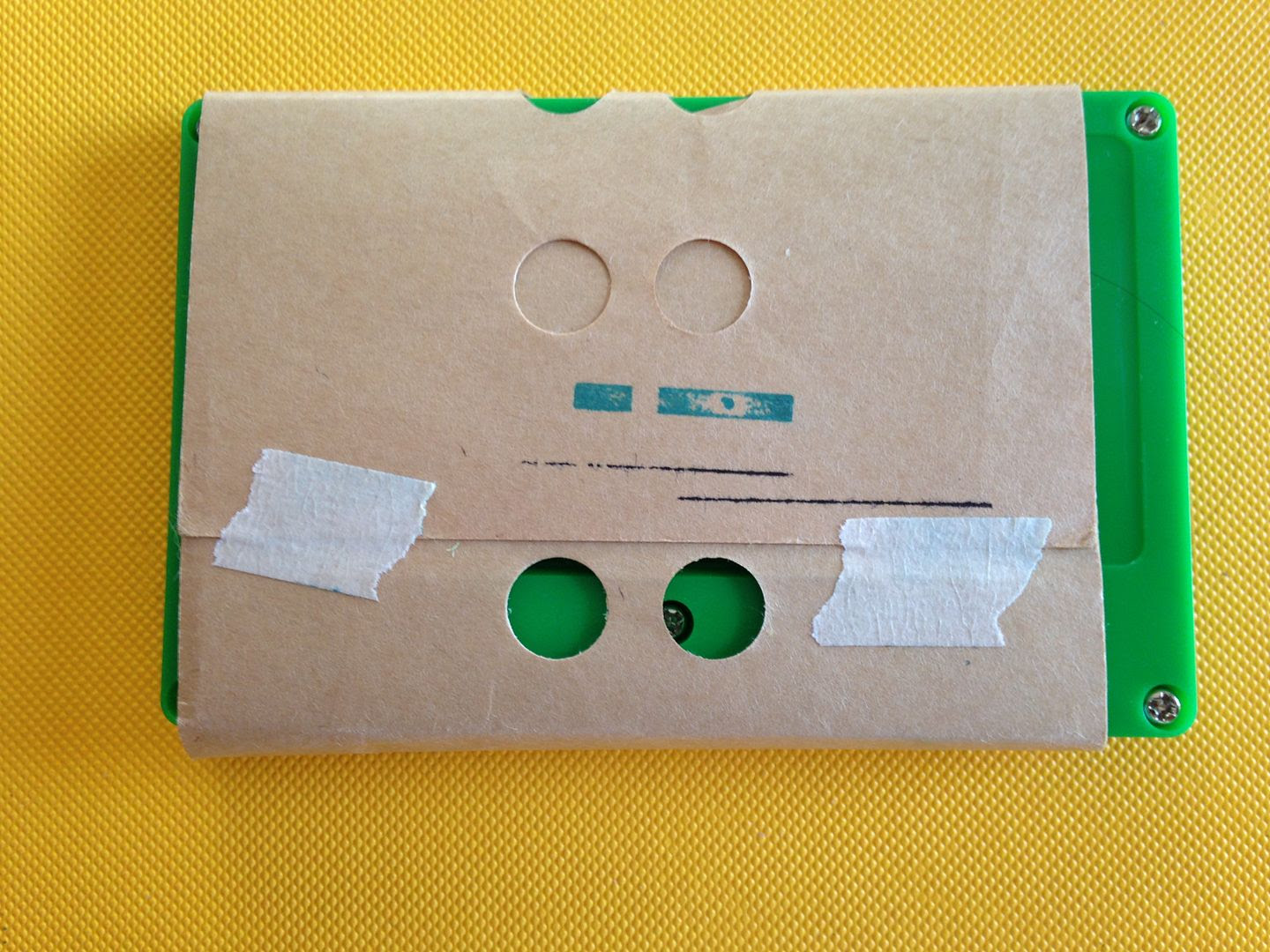 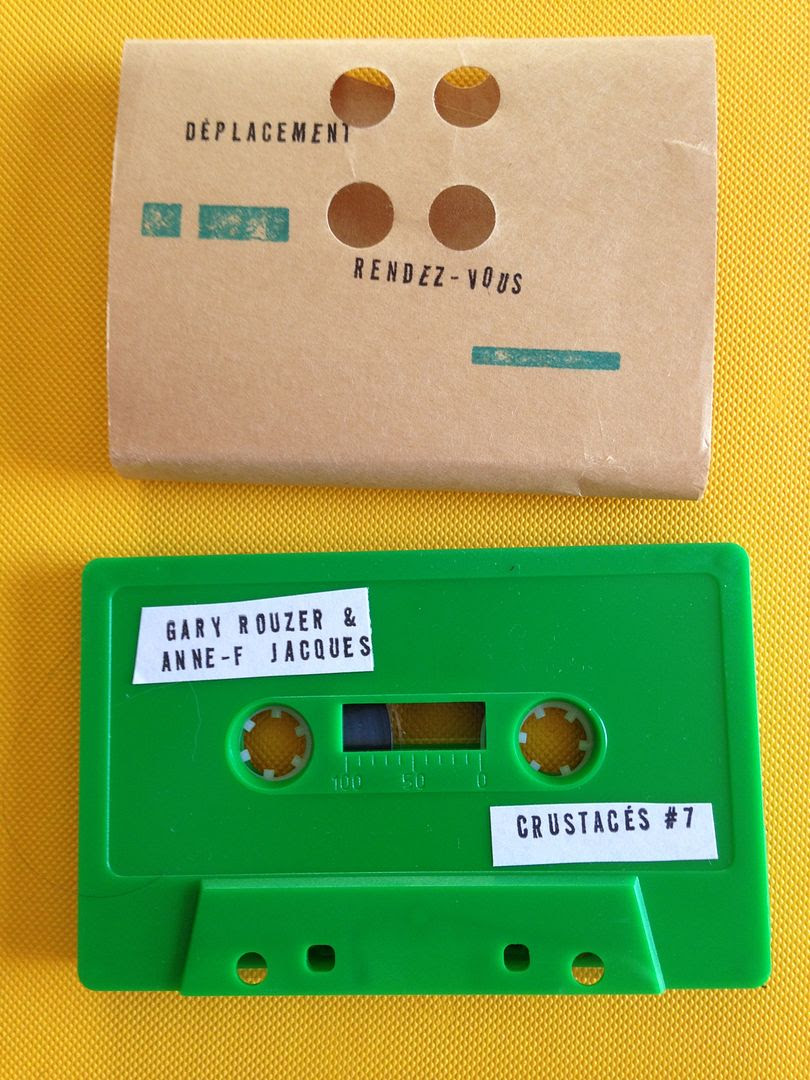 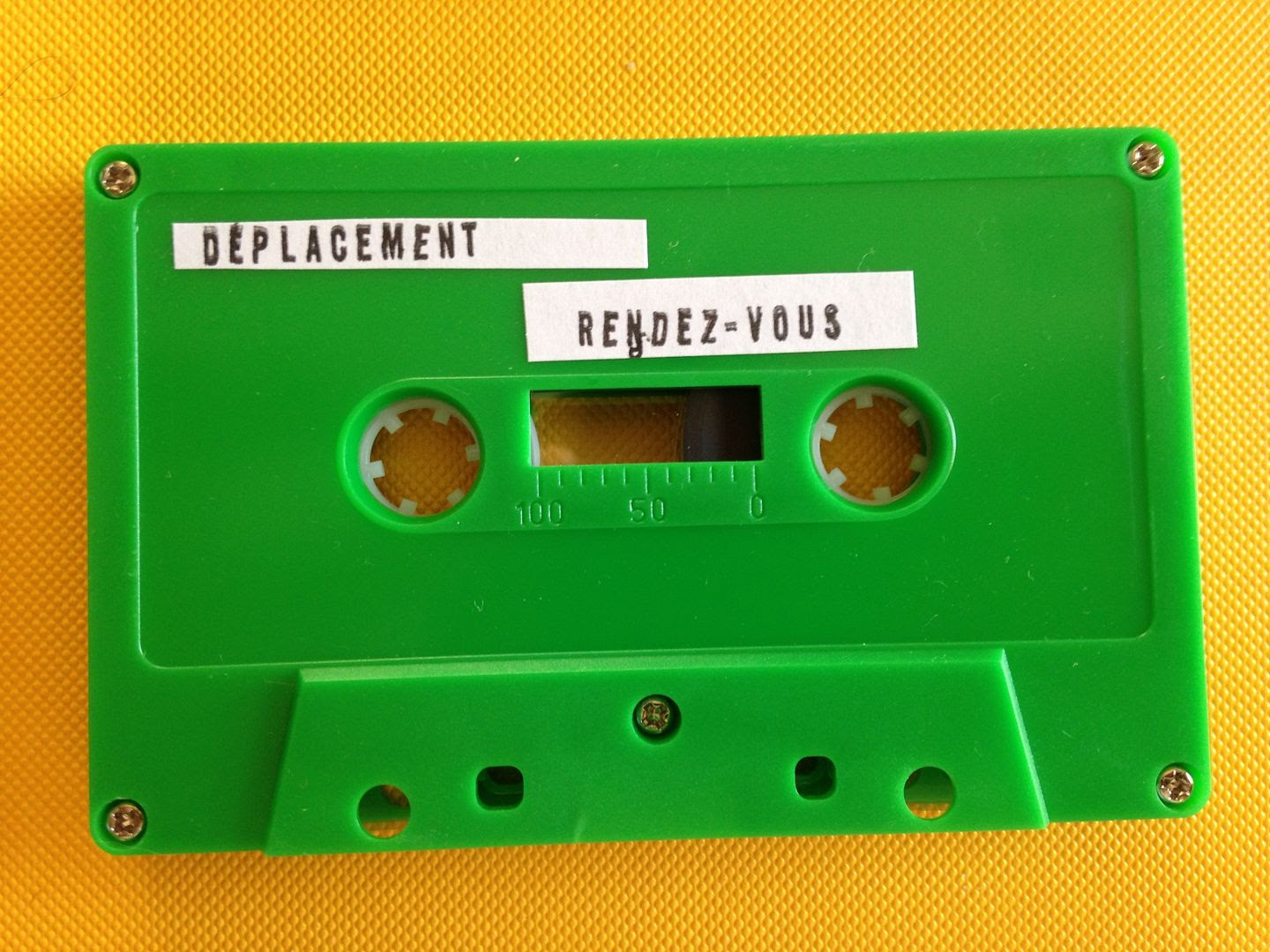 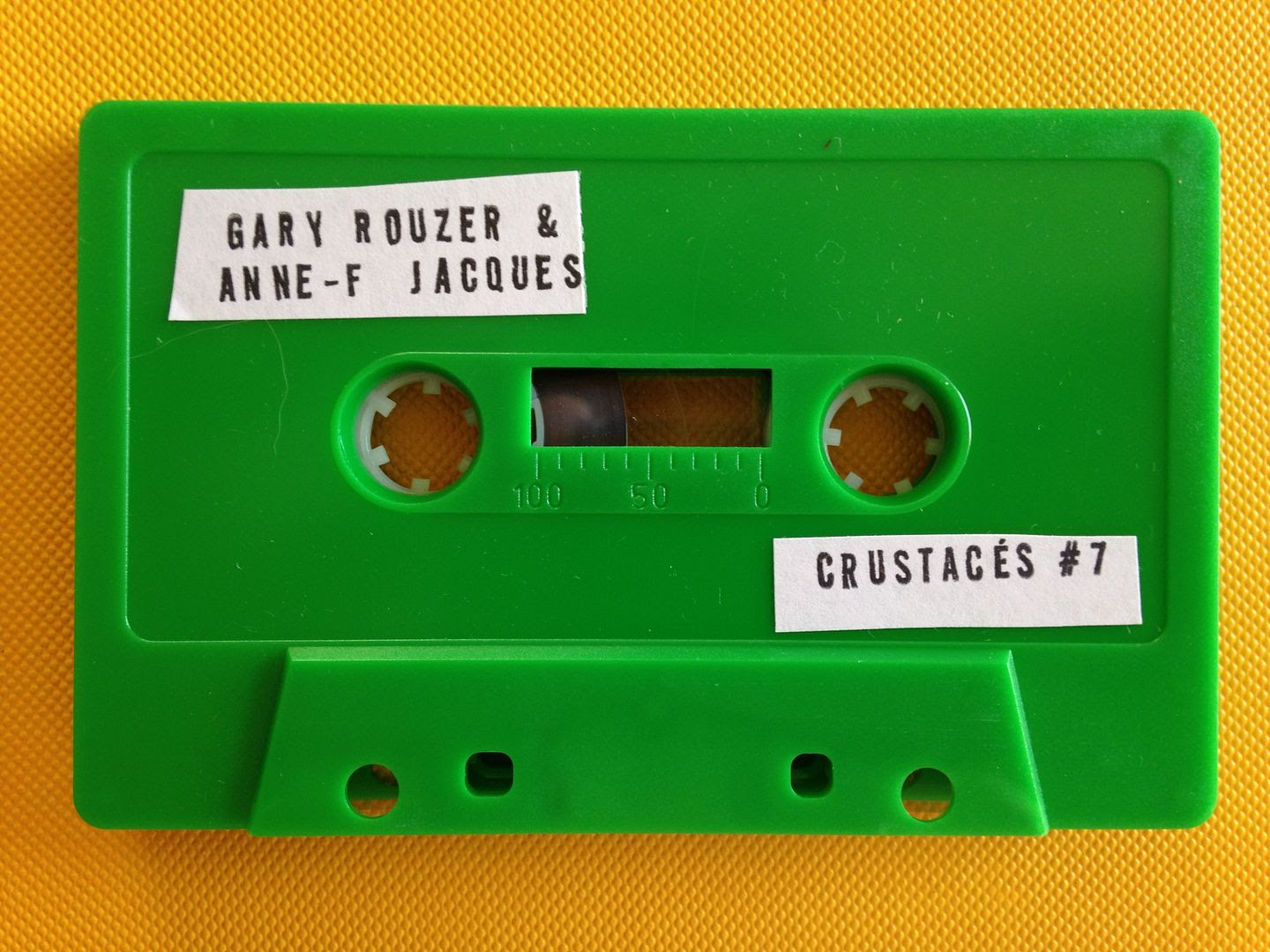 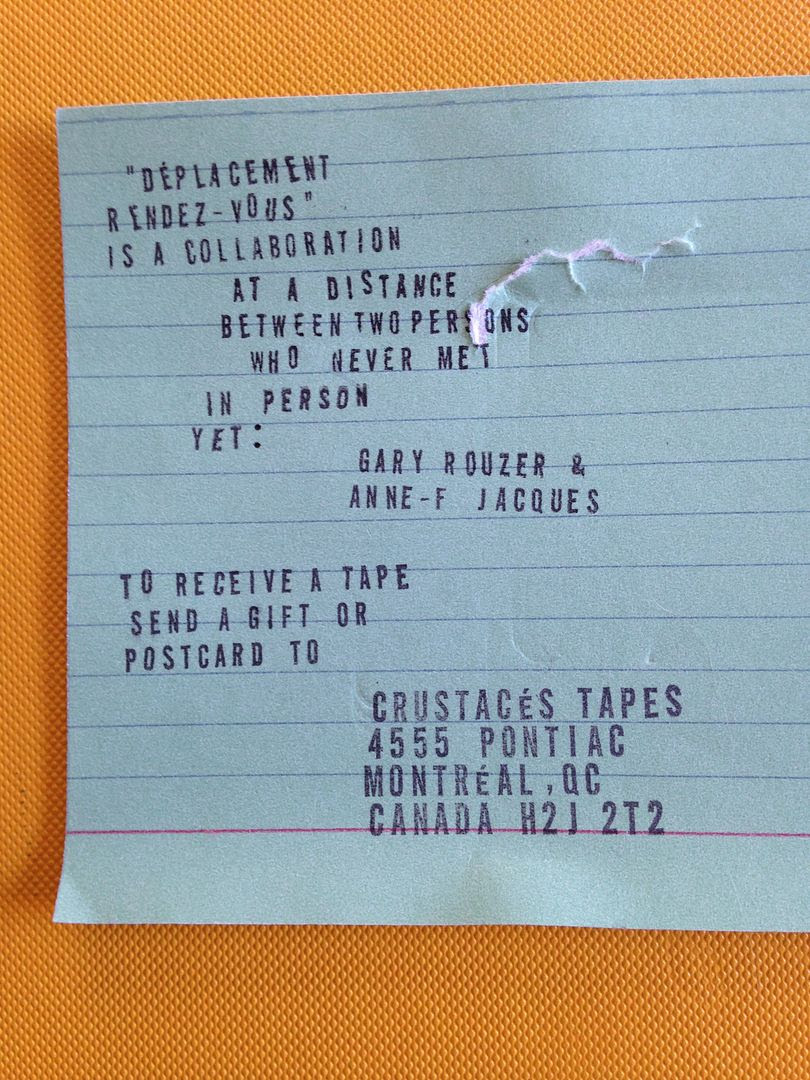