What I find funny about this Kane figure is that he came out quite a while ago and though there is also a Battle Pack with Roman Reigns the only other masked version of Kane I can think of that came out recently was an Elite which warmed pegs here last Christmas.   So when Kane returned under his mask to face Seth Rollins at Hell in the Cell, the best way to get him under the mask at mass retail (and maybe the only way for some) was in the Battle Pack with Roman Reigns.   We don't need another Roman Reigns figure though, and when I first saw this masked Kane come back for whatever reason at Target I didn't think anything of it.    Then Quentin became quite keen on the idea of us getting a masked Kane or as he likes to call him "Demon Kane".

We were out searching Walmarts for Neville because his series is there just not him and we found this Kane instead.    Even though he's from quite a few series back, it almost feels like Mattel is sending him back out there to be found because of developments on television.   Still, I feel lucky to have found this Kane as a holdover from however many months ago he was first in stores and it makes my son happy as well to have a Demon Kane.   Plus, now if Mattel does decide to make yet another masked Kane as a Basic or Elite in an upcoming series (or in a Battle Pack with Seth Rollins) then I will already have this one and can pass on that.    Though I do stand by my idea that Mattel should make a Kane/Seth Rollins Battle Pack with the running varient that some have Corporate Kane and some have Demon Kane.   If you want both Kanes then you'd end up with two Seth Rollins figures but otherwise it might not sell.

So there isn't a lot to say here.   He is what he is.   Quentin just really wanted him and had Kane not put the mask back on for television then it seems highly unlikely we'd ever buy this figure, so I guess that was good merchandising on behalf of WWE and their writers.    But now if they release a masked Kane to go with his current masked version will that then end up warming pegs until Kane takes the mask off and then puts it back on again?   I don't know, I feel like Kane is going to be stuck under his mask again for a while.    That Elite of masked Kane Mattel made last year might be better than this Basic one but for my money right now it's still better than having to get another Roman Reigns. 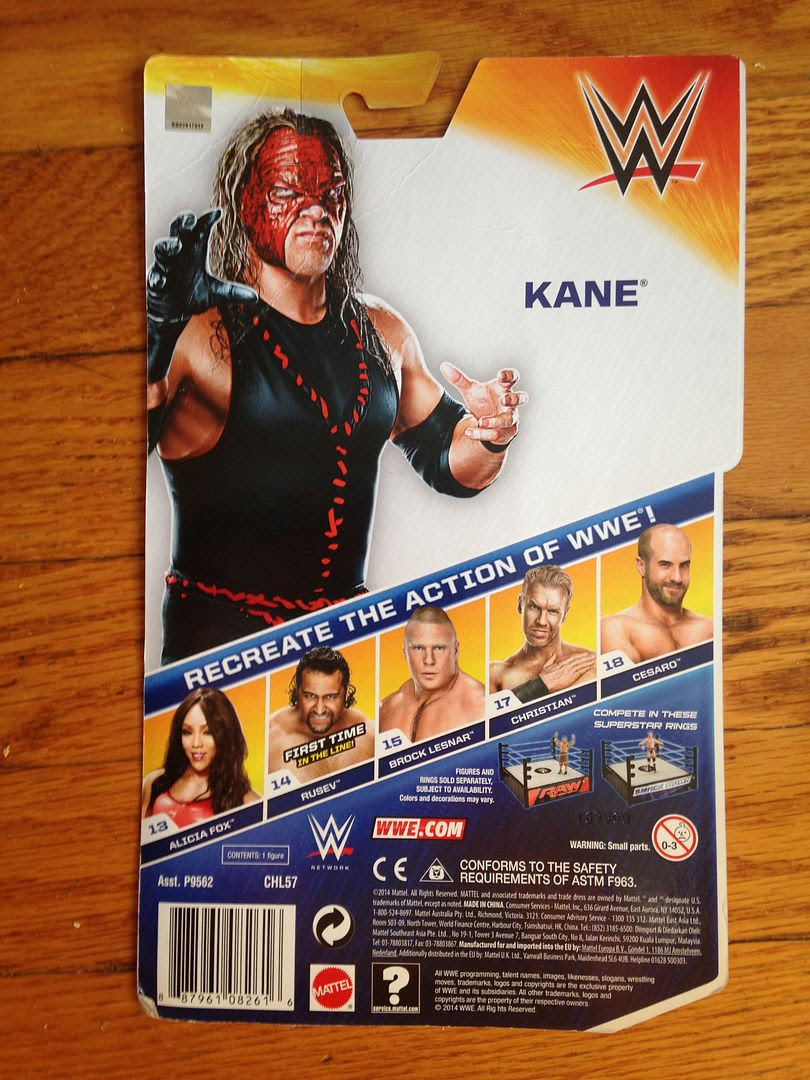 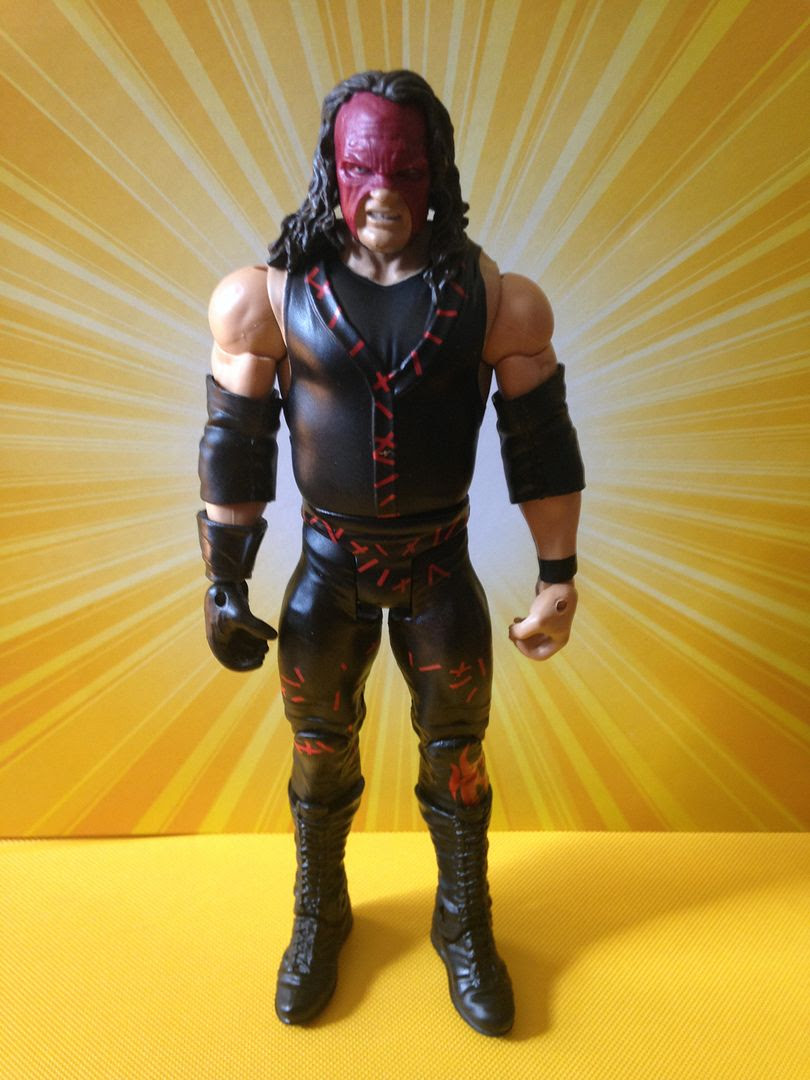 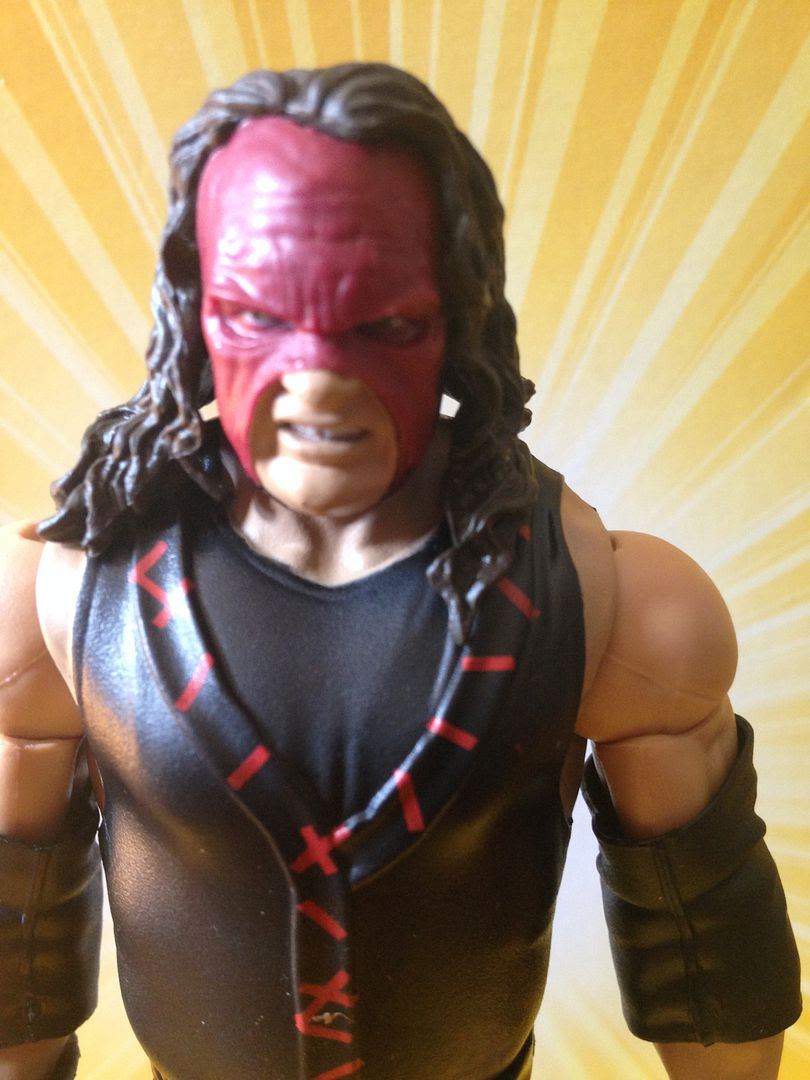 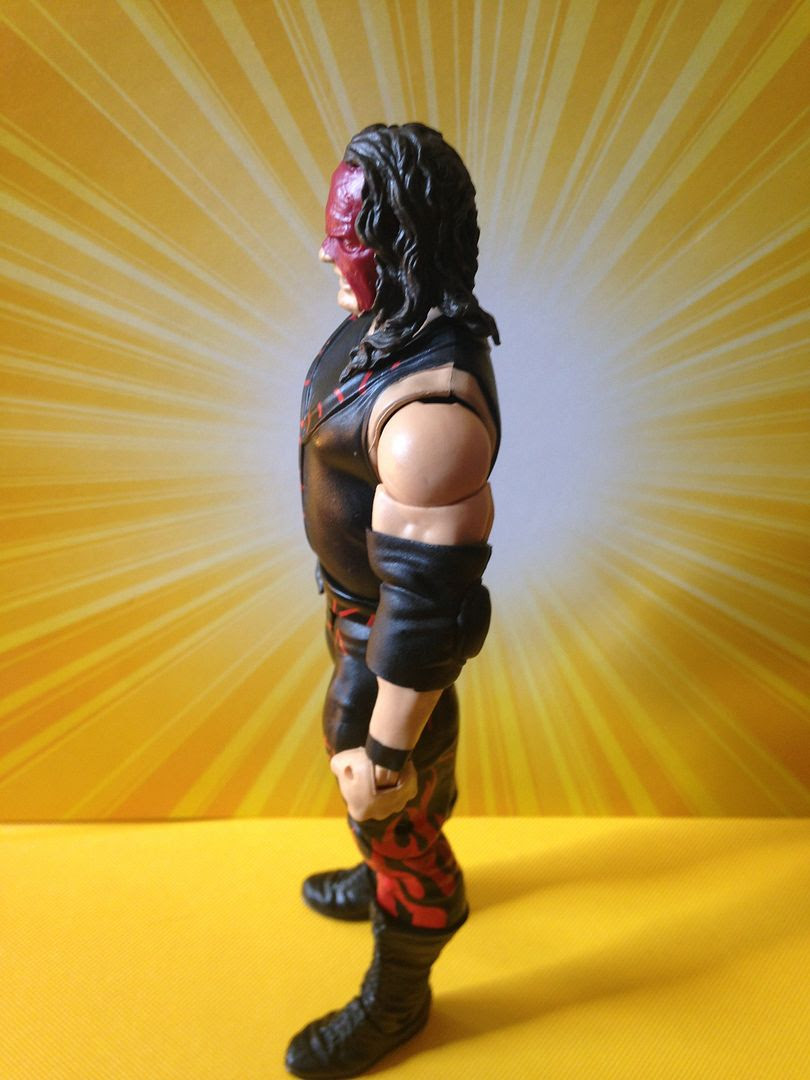 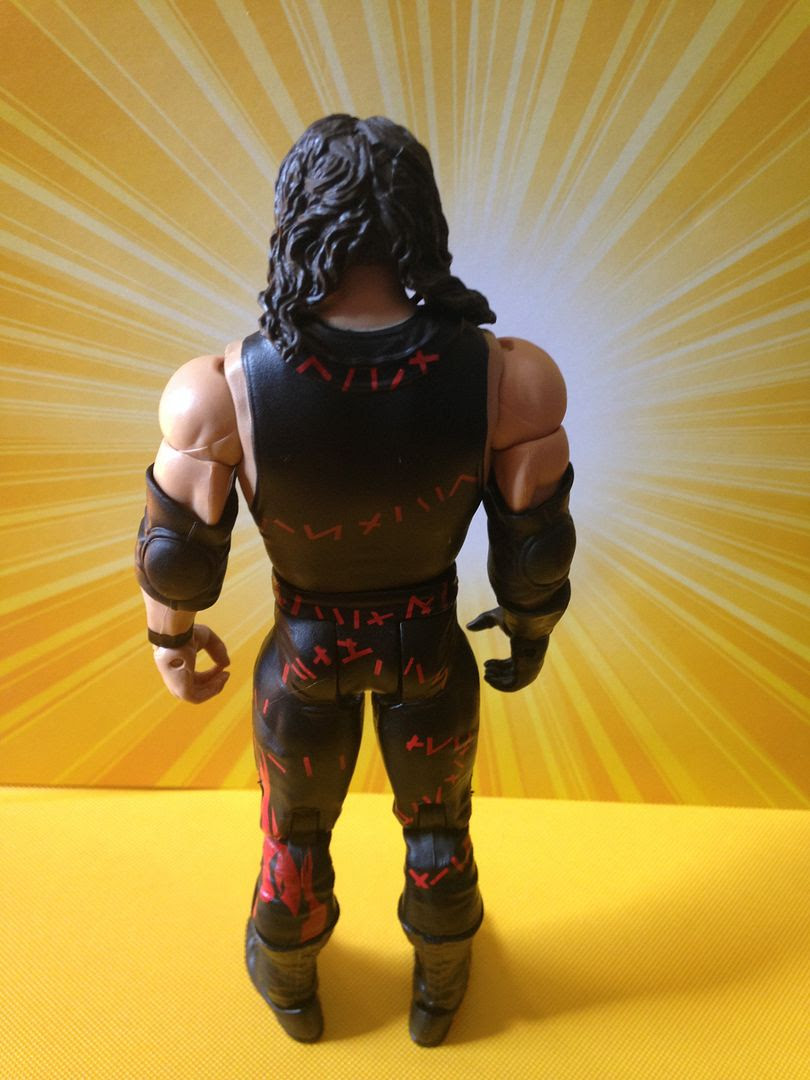 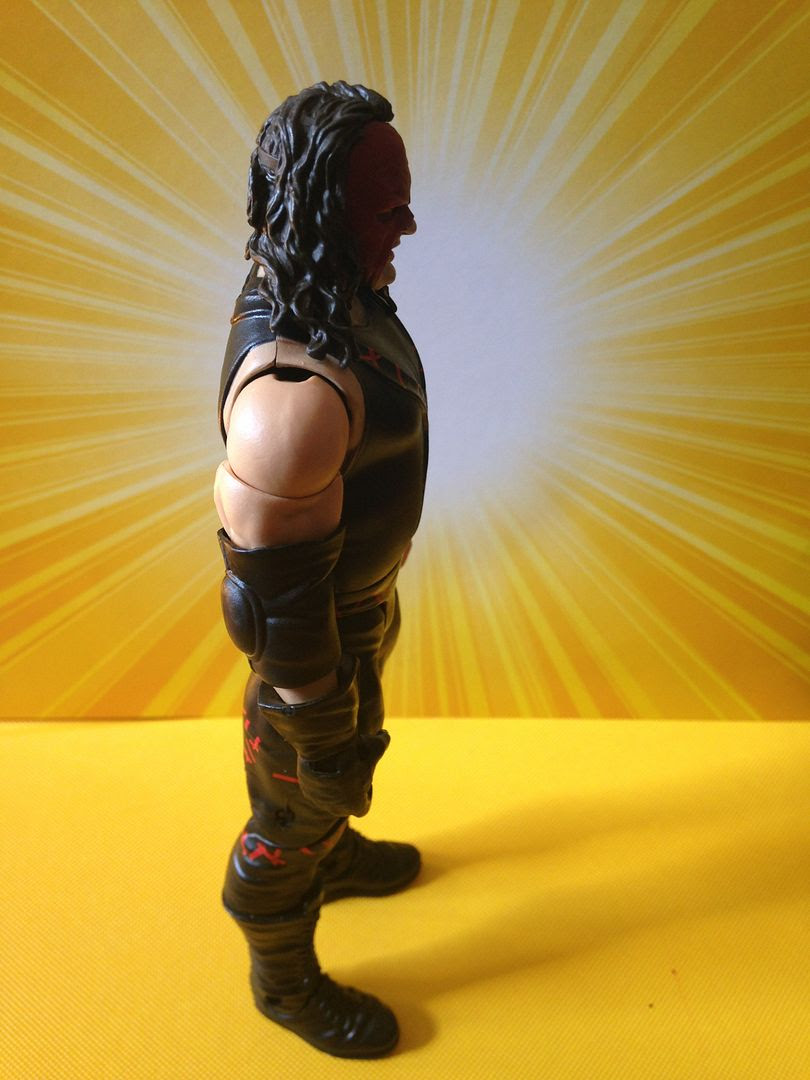 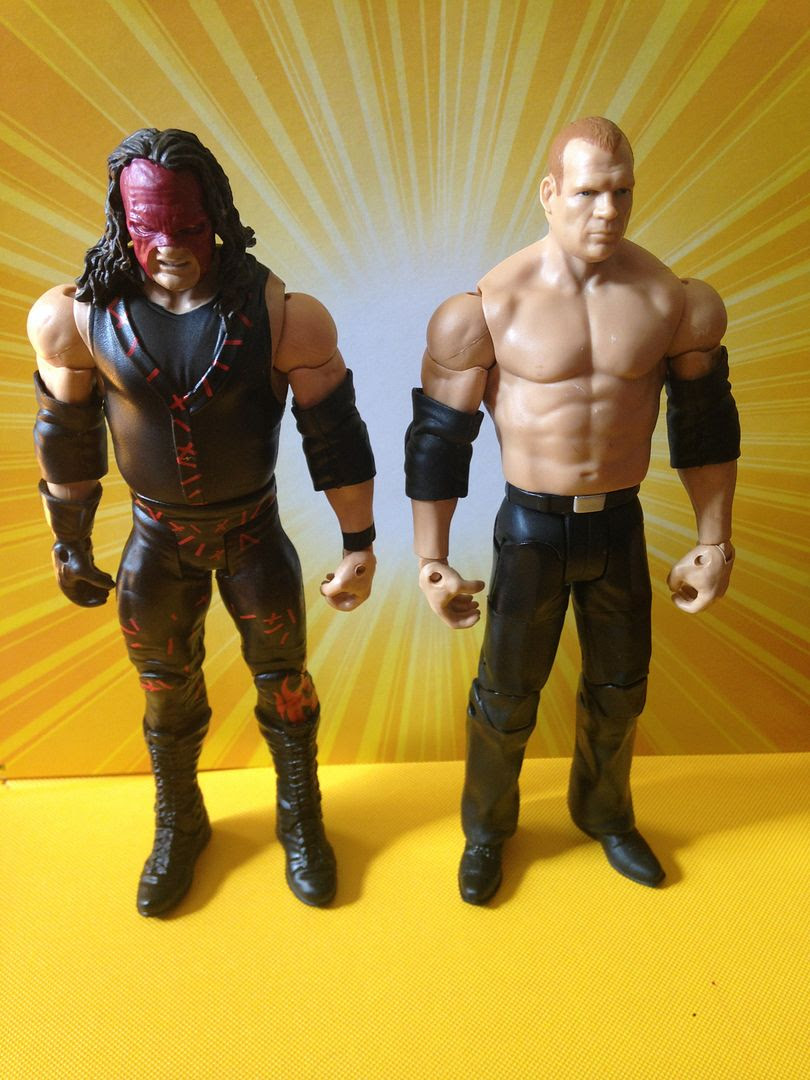