Since we decided to skip the Dean Ambrose and Seth Rollins Battle Pack, which would have given us both of them in updated attires, in favor of an Elite version of Dean Ambrose it simply became a matter of what Seth Rollins figure out there was the best to get for his current look.   Granted, he hasn't had one made in his white tights yet but when he does we will likely get that version of Seth Rollins as well.   But I just wanted one of him in black like he wears week in and week out on Raw.

When I read online about this figure I knew it was going to be the one we would get.   Not only does it have the updated look of Seth Rollins, it comes with both the Money In The Bank briefcase and the WWE Championship.   To some extent, we decided to pass on the Build-A-Kane series other than The Undertaker, but I almost wanted to get Daniel Bryan for the two title belts.   This way works better though because we get the one main championship and don't have to buy Daniel Bryan or another Brock Lesnar or something like that for it.

What I like about this Seth Rollins figure (and there were only two at Toys R Us when we went there looking for it) is that his outfit and everything with him is specific to when he cashed in the MITB briefcase at Wrestlemania earlier this year.    He had this look for a while before that match, really since leaving The Shield, and so as he's kind of kept it up until now as well it just makes for the perfect overall Seth Rollins figure for me.    While he doesn't have a t-shirt or vest or anything like that I'd much rather have the WWE Championship (because we didn't have that yet) and the MITB briefcase, which Quentin quickly gave to Sheamus.

I'm not sure why but the regular Elite figures were $21.99 at Toys R Us and this Seth Rollins figure was only $19.99.   If you're looking for that single best Seth Rollins figure out there right now, my money would be on this one.   The only downfall of it is that it's exclusive to Toys R Us and so you won't find it anywhere else (Walmart, Target, etc.) and so if your Toys R Us sells out of them fast then you're out of luck.   But I wouldn't be too concerned about that and you can always try and order online.   This is our second Seth Rollins figure and it will likely be the last until he is made in his white attire.   Just use this as a reminder that Seth Rollins was somehow the first member of The Shield to become WWE Champion. 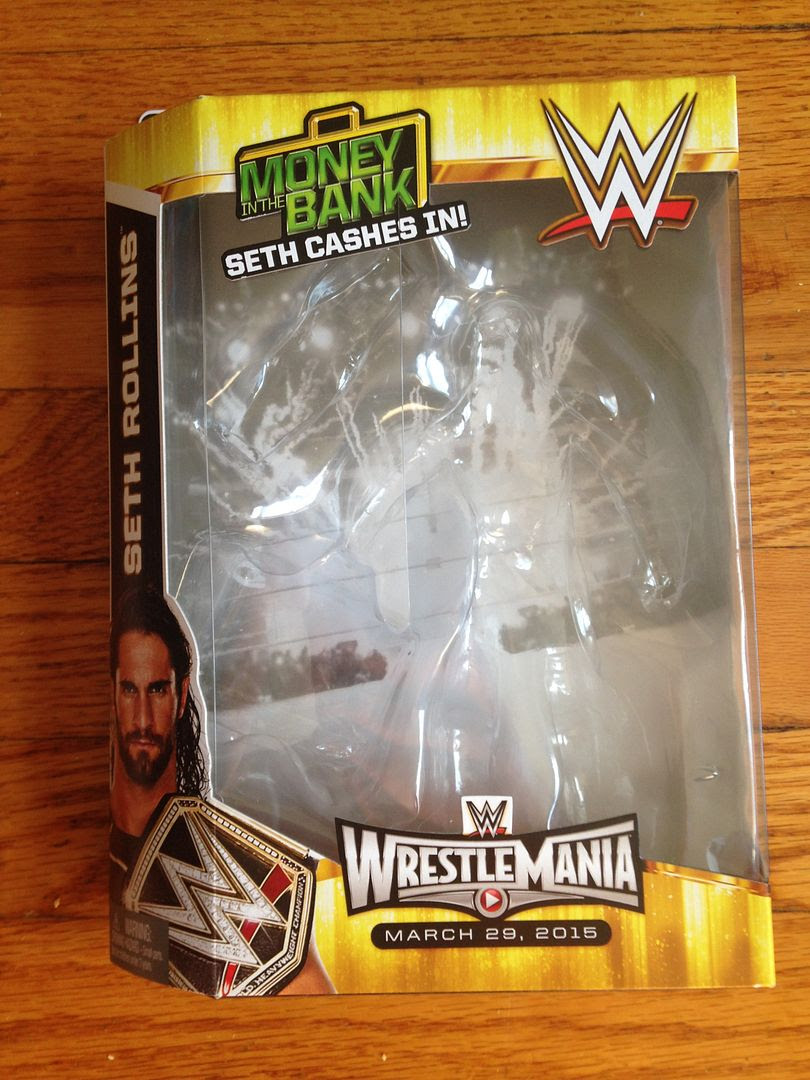 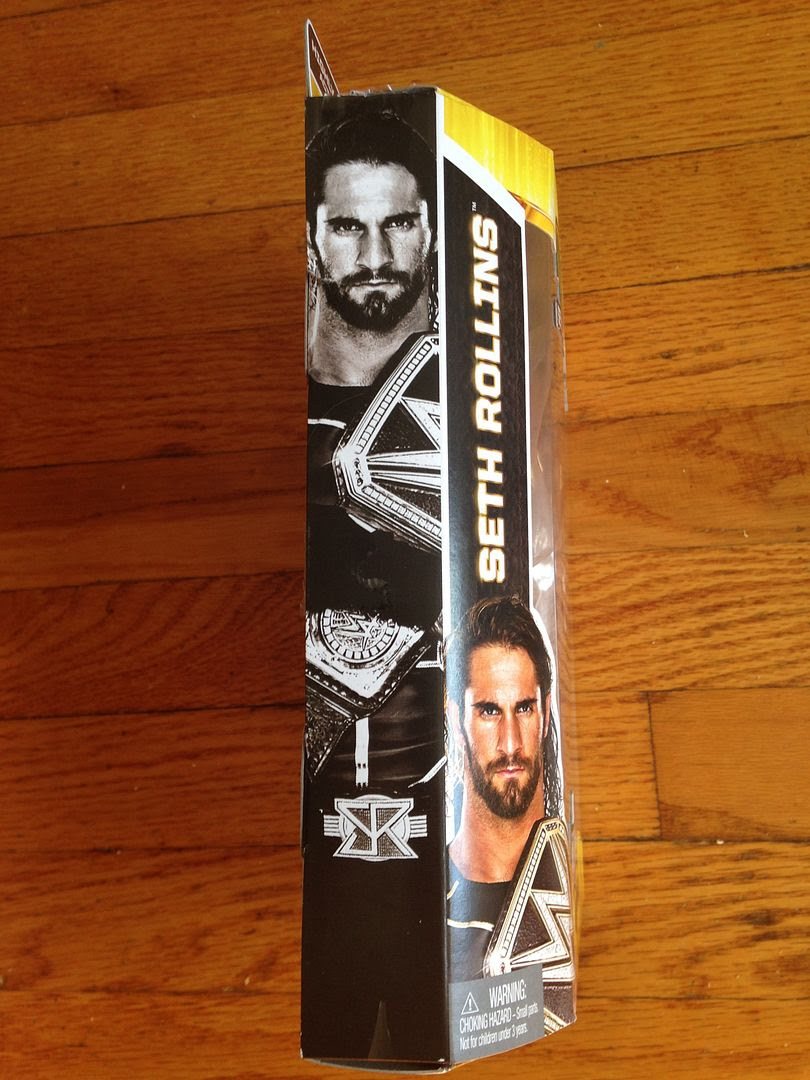 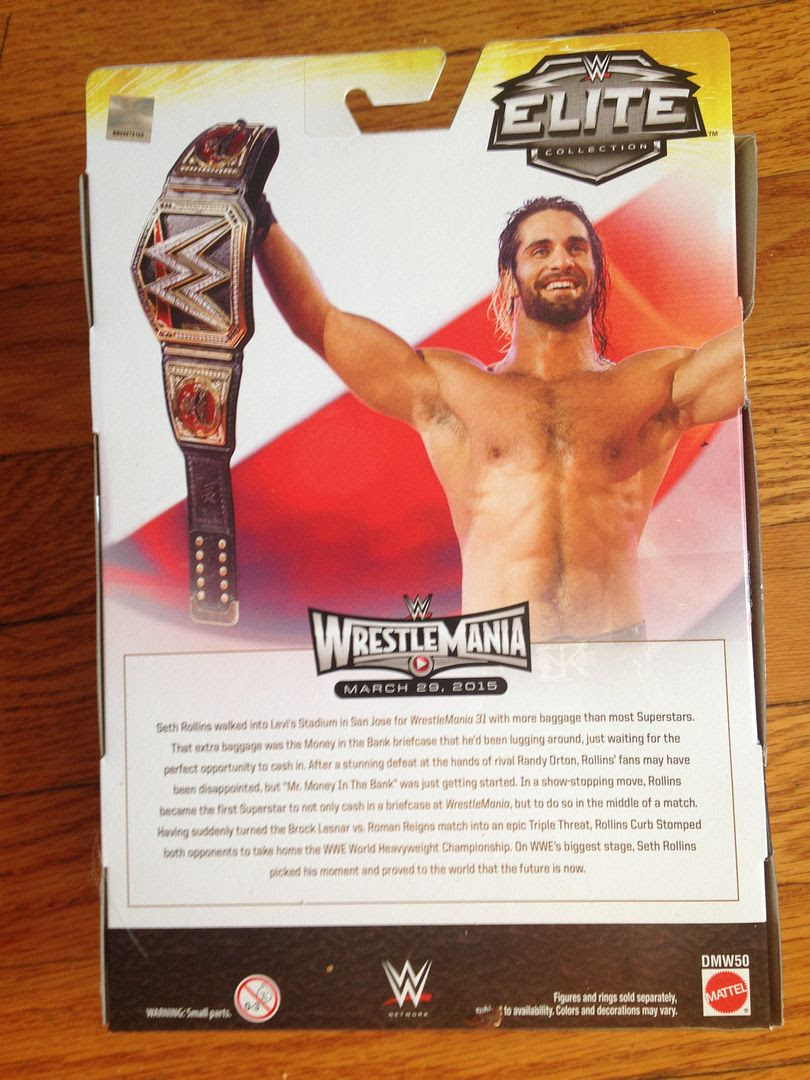 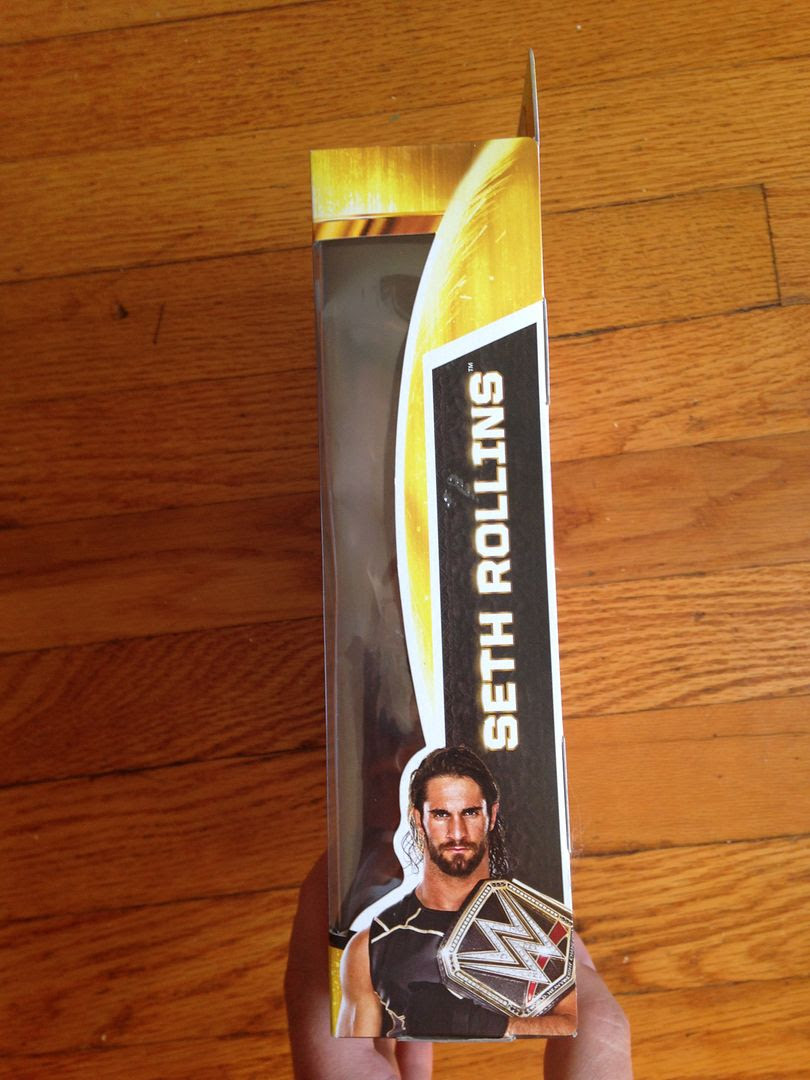 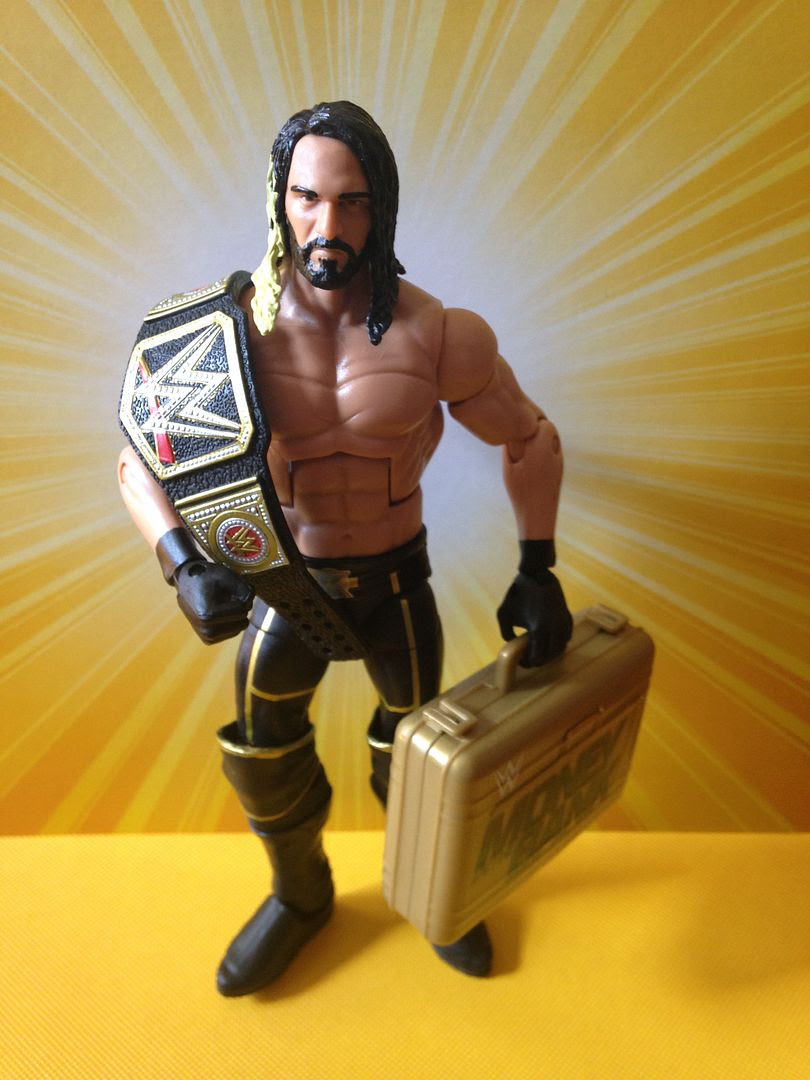 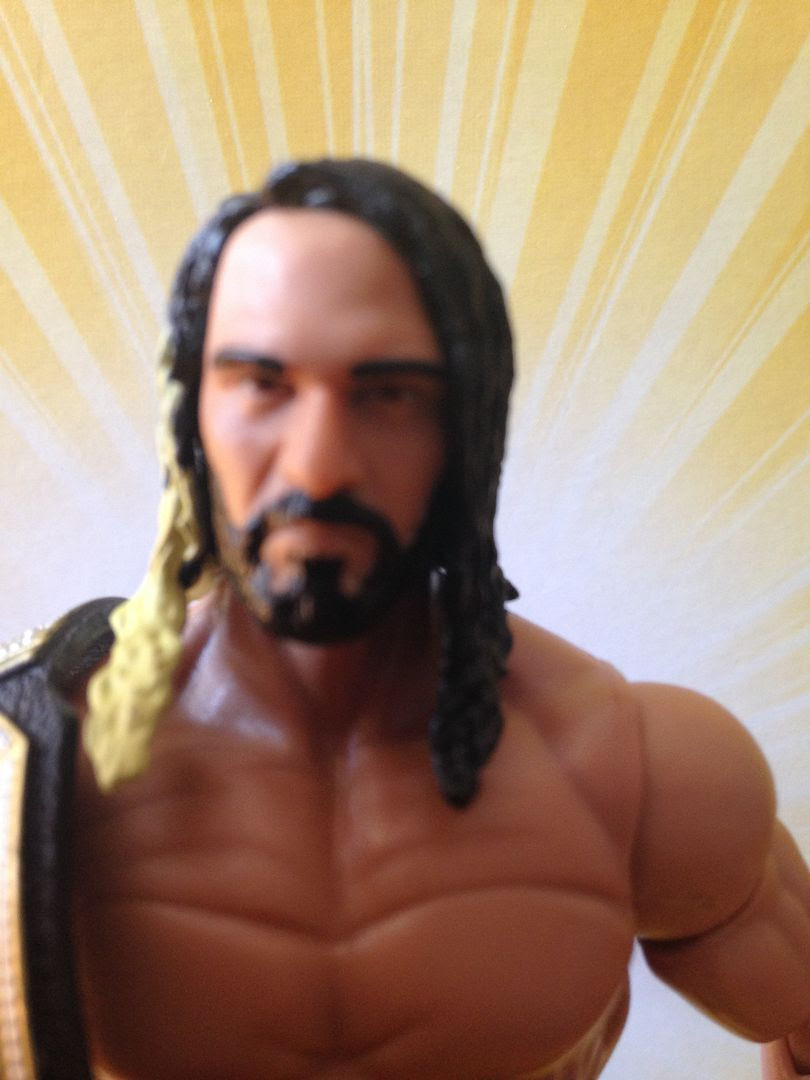 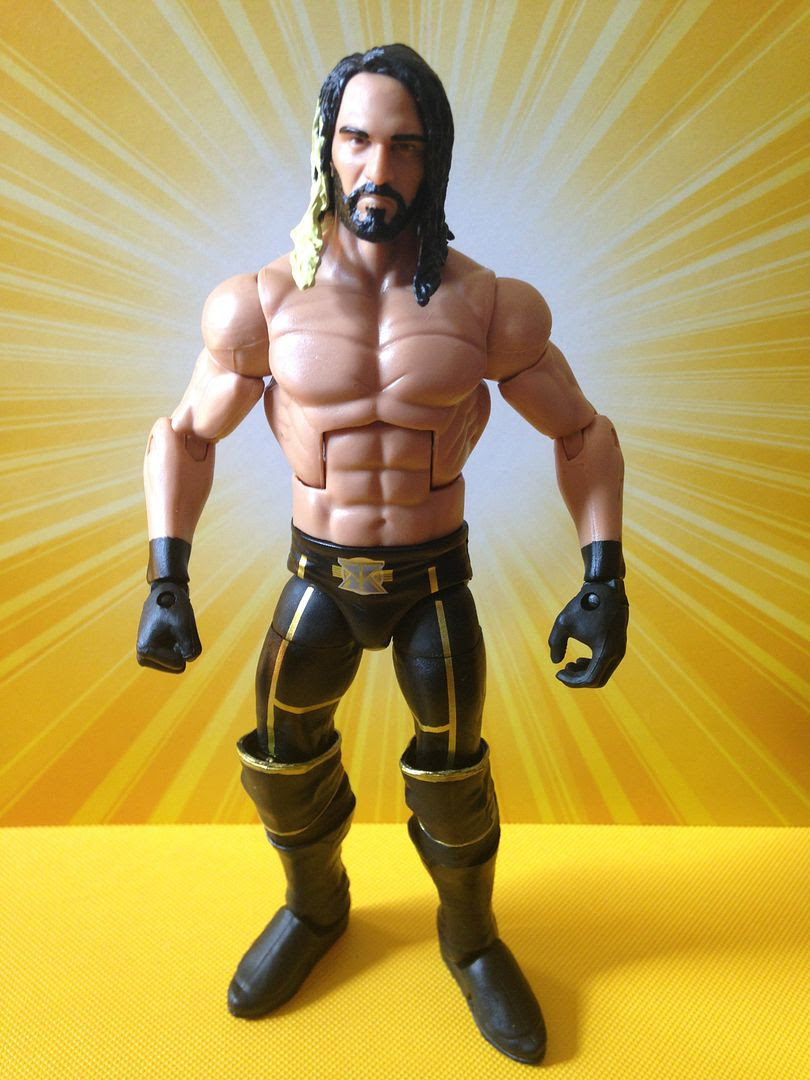 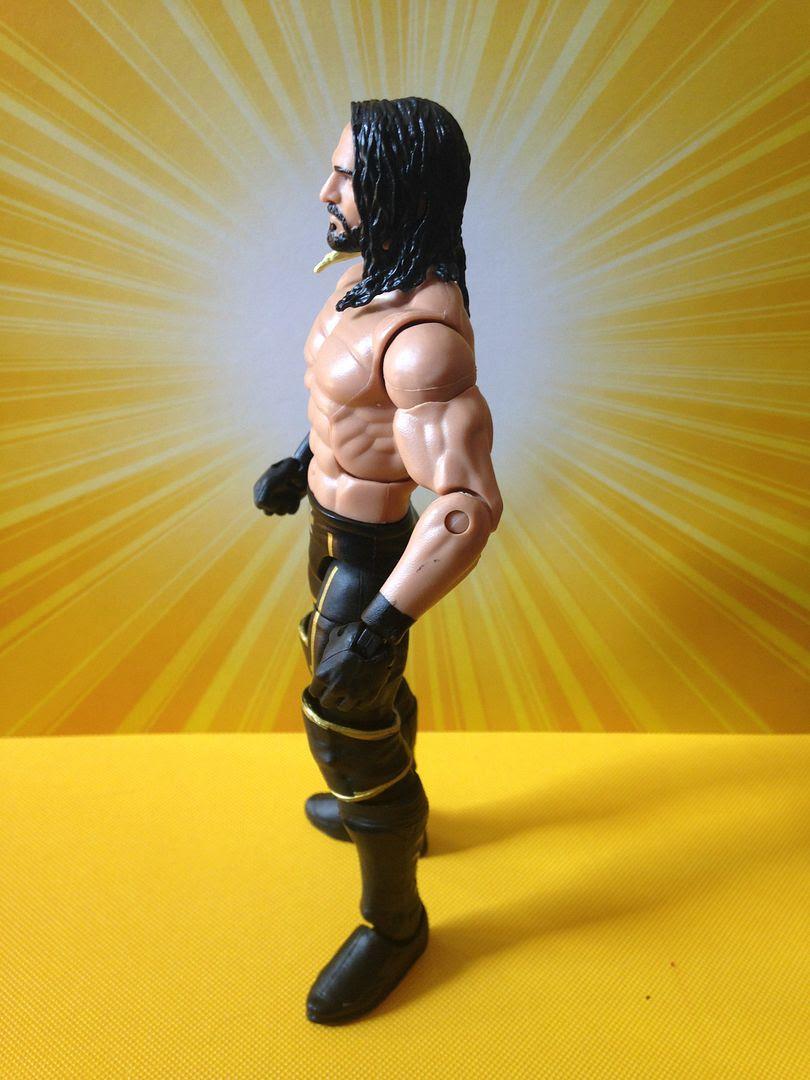 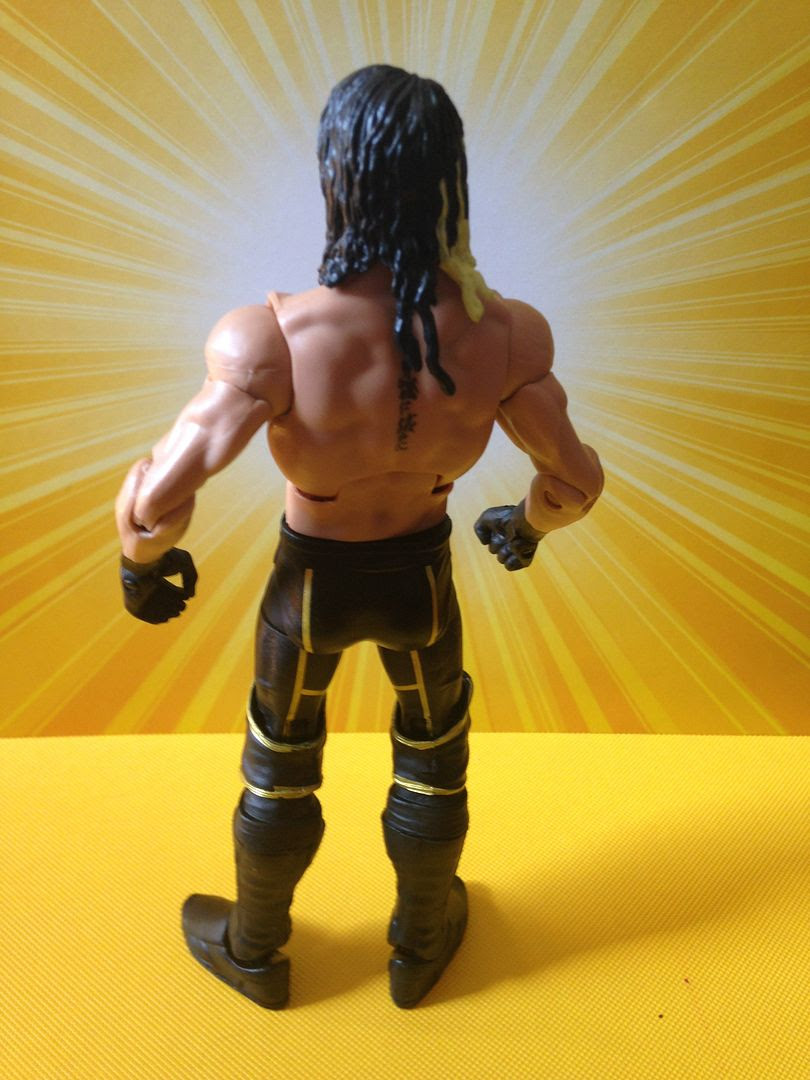 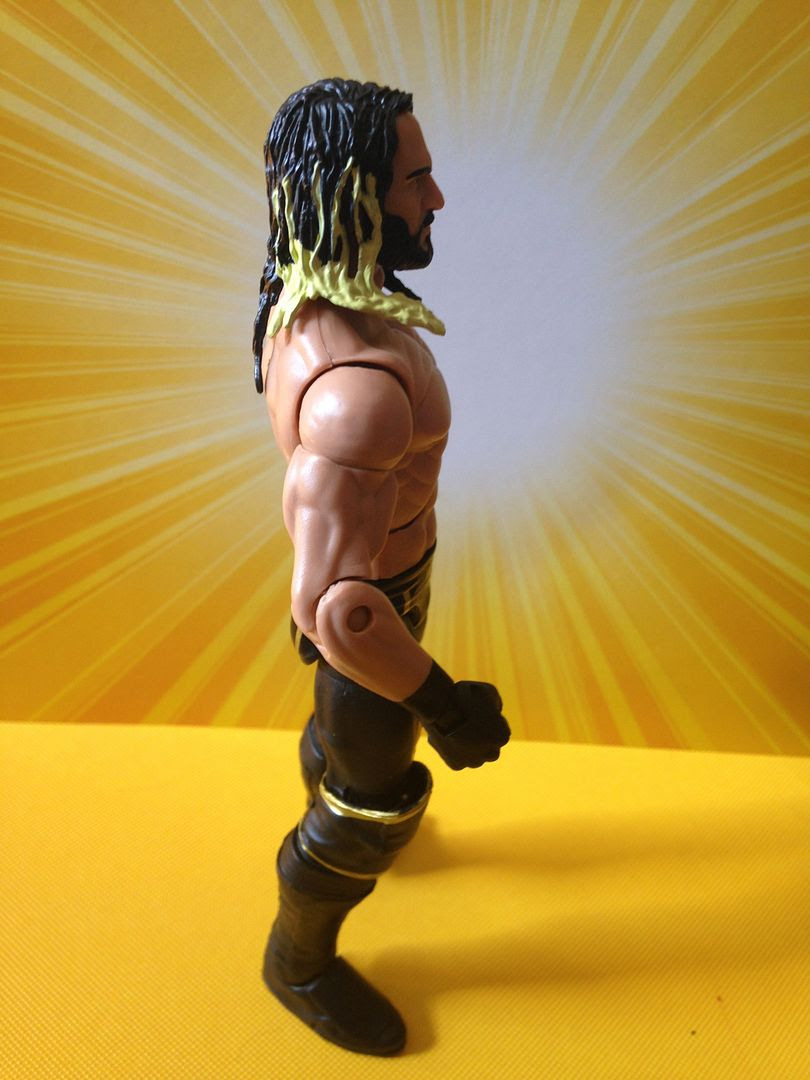 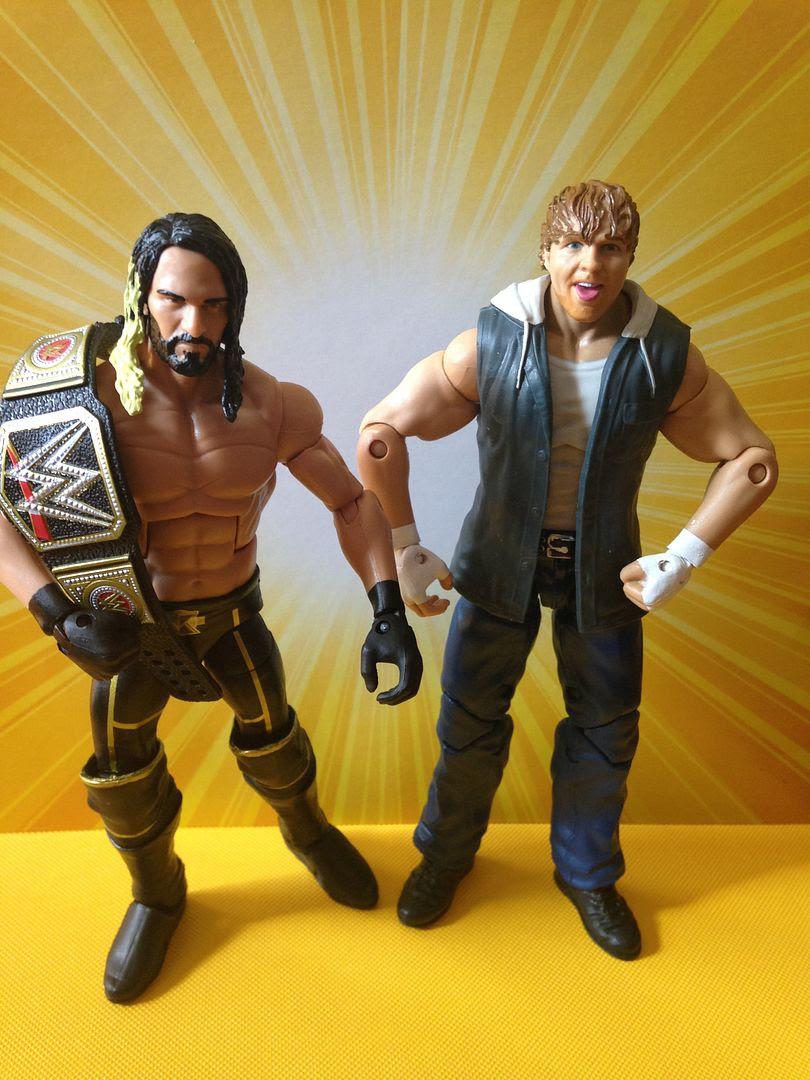