While there is an upcoming Battle Pack with Dean Ambrose and Seth Rollins it in (Which can be seen here) and all I wanted for an updated Shield was these two members as Roman Reigns still looks the same I decided instead to go for this Elite version of Dean Ambrose while then looking later on down the line for an Elite Seth Rollins to go with him.    Since I don't really buy a lot of wrestling figures any more I decided it would be okay to go all out for Dean Ambrose, one of my favorite WWE characters.    While at K-Mart I saw this figure for maybe not the first time but it was the first time I really picked it up and looked at it.   I asked Quentin if he wanted it but he seemed more interested in an Elite Stardust which had packaging as if it had been run over.    We passed on the Stardust because I want him in blue and thus went away there without any WWE figures.   Later on, I had mentioned something about it to Quentin and how I asked him if he wanted that Dean Ambrose figure and he said no but then he said he wanted it now so a trip to Walmart later and here we go.

Now this figure comes with a Kendo stick (or Singapore cane) as an accessory as well as the removable vest and I want everyone to take a minute, look at the pants and t-shirt on this Dean Ambrose figure plus the Kendo stick in hand and realize that this is quite possibly the closest we will ever come to having a Mattel figure of The Sandman.    I suppose you could take a Sandman head from somewhere else and pop it onto here in place of the Dean Ambrose head to make a quick and easy Sandman Mattel custom figure, but I just find it kind of funny and strange how much this resembles The Sandman aside from the head scan of course.   True, Sandman might need a bigger torso for his beer belly but it still doesn't seem too bad for a quick fix.

One of the bigger problems I have with Mattel is their need to make jeans look like parachute pants and, well, this comes back from my days collecting Jakks because they were perhaps the most guilty of it.   (Speaking of the Sandman, go google what his Deluxe Aggression figure looked like)    But I have to admit that with this Dean Ambrose figure the blue jeans mold seems right on.   He's got the t-shirt like the Fonz and on the back of his hooded vest is the "DA" anarchy symbol.    This was really- for me- one of the essential looks Dean Ambrose turned into after The Shield broke up and so even though he comes out now in mostly black (And I'm sure we'll get these legs on a black t-shirt and black jacket Elite figure eventually) this is still the best possible post-Shield version of Dean Ambrose out there right now.   We have both an Elite and Basic version of Ambrose in his Shield gear so this is actually quite good in terms of updating him, which is what I have always intended to do.   I like to think of this as being from his string of matches with Bray Wyatt and also his title shot against Seth Rollins which, really, he kind of won and they've never gone back to and given him his fair shake. (Story of his life, right?)

While I do not yet know what Elite Seth Rollins I'll look to buy I do feel better knowing we have this version of Dean Ambrose which, again, I must stress is his best figure currently available for sale.    One thing I did notice when looking at the figure in Walmart though was how different the head scans looked on each one.    They had a total of four and none of them looked quite the same because of the painting of the hair.   What you'll notice is that the way the pieces are molded onto his forehead you get either too much paint or not enough paint.   One I picked up just didn't look right because it had too much paint and so looked like he had too much hair on his face which almost made him look like he had bangs on purpose or something.    Some of them though have more noticeable parts left unpainted and so it looks odd when you see this flesh-colored piece you know is supposed to be hair and painted brown but isn't.    It's as if Mattel put the paint gun at either 4 or 10 and couldn't find that comfort zone in the middle it needed around a 6 or 7.     After comparing them though, Quentin compared two as well and we went with one with a little less paint than the others because it makes it look nicer and let's face it, Ambrose has a receding hairline which is why his hair goes like this and so the less hair on his forehead the more accurate he looks.

I'm still not really going to plan on updating Bray Wyatt beyond his first Elite figure that we have, so this Dean Ambrose can play with him and the rest of the Wyatt Family as we also have the first Elite Roman Reigns to help him out.    If you're like me though and Dean Ambrose is one of your favorites or you just want to update your Shield members then this figure right here is a must.    I do feel like Seth Rollins needs to be updated whether you're a fan of him or not, but I just haven't quite found that perfect one to update him to yet.   This Dean Ambrose figure though should be a must on every WWE fan's list and it is just by far superior to any of his Basic figures as well.    This was definitely worth paying a little bit more to get that perfect figure versus paying less and getting an acceptable figure.    It's the same thing with when we got the Wyatt Family as Elites originally as it was just about quality over price.    This is certainly one of the characters I would rather have as an Elite where as most others don't really bother me as to whether or not they're Elites or Basics and Bo Dallas was just a matter of chance. 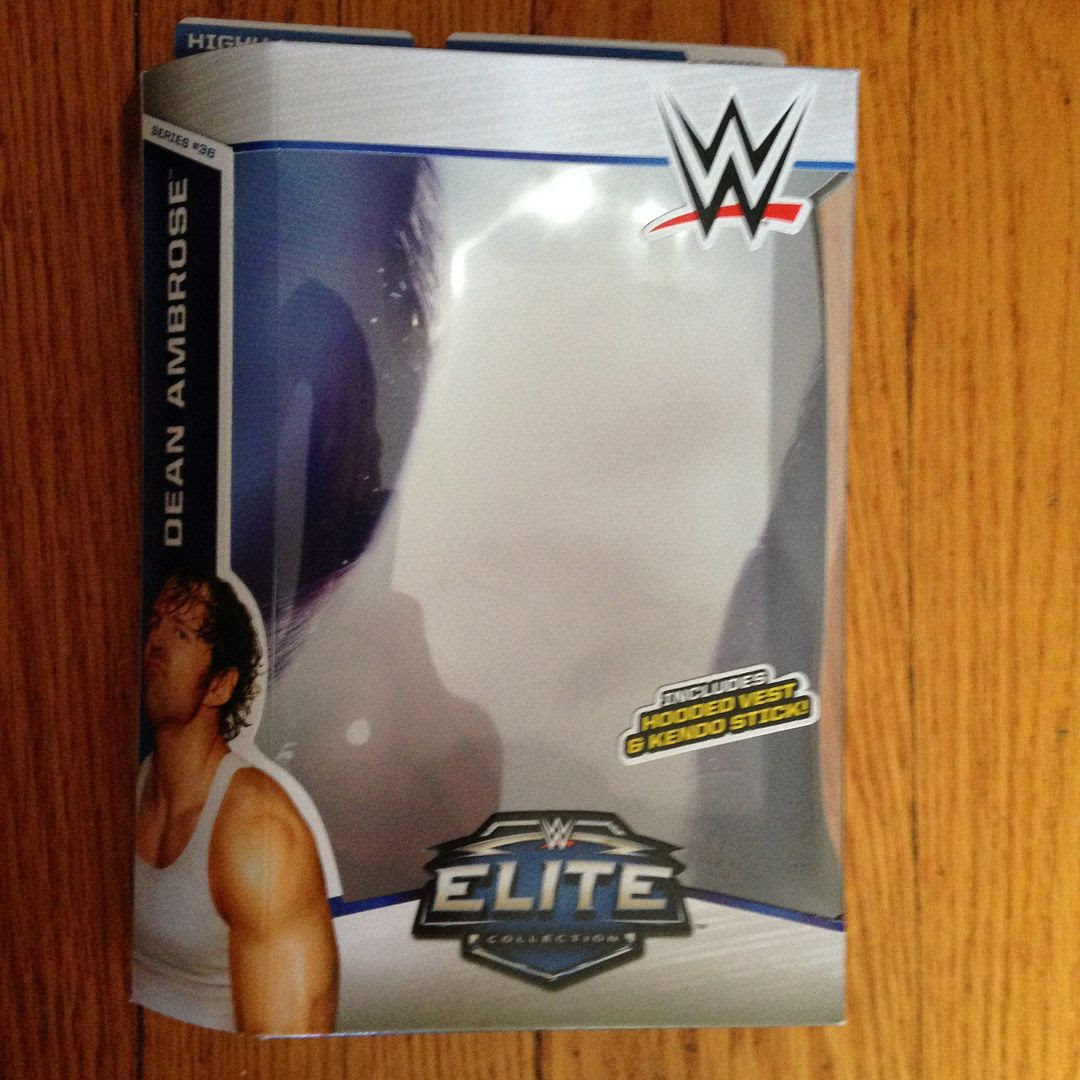 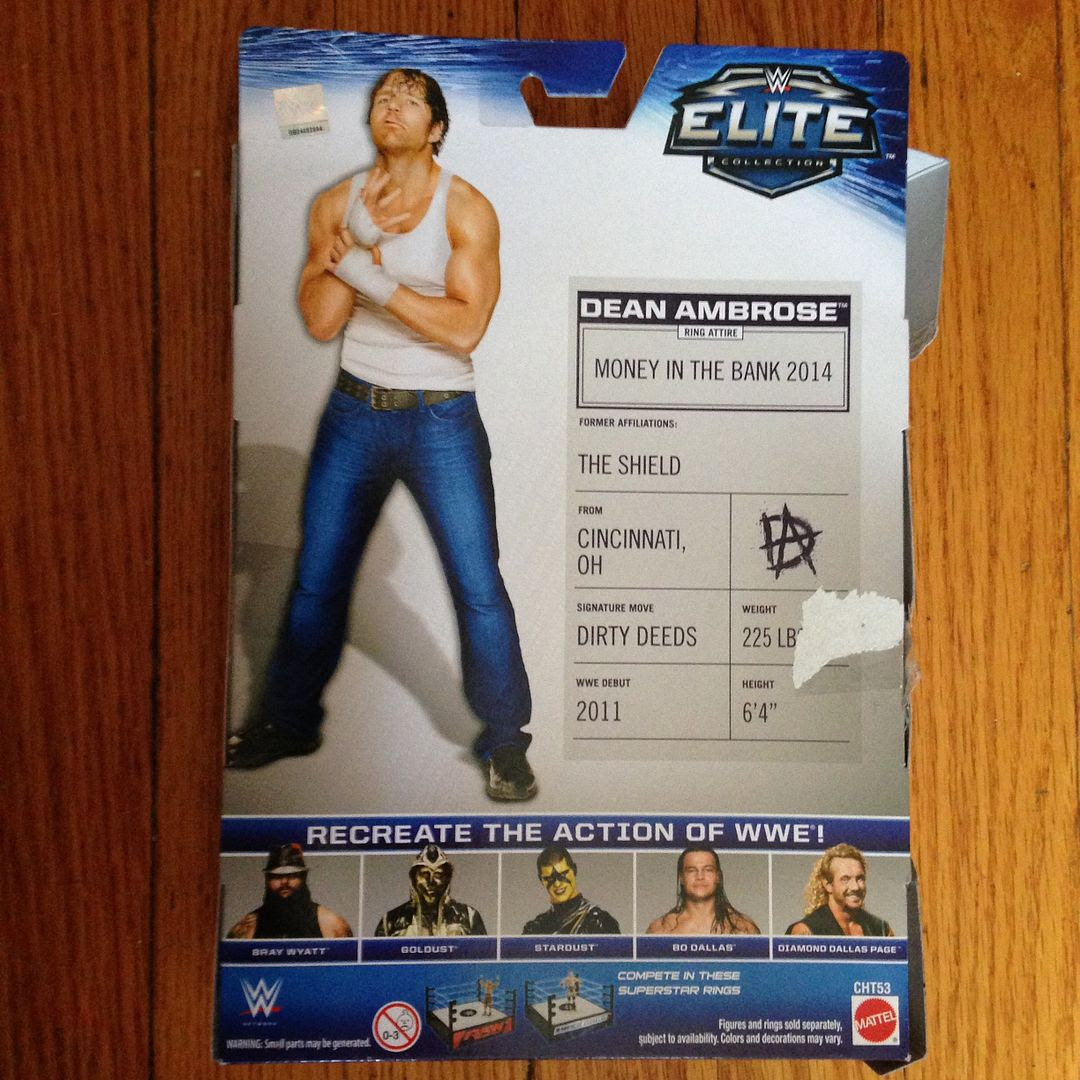 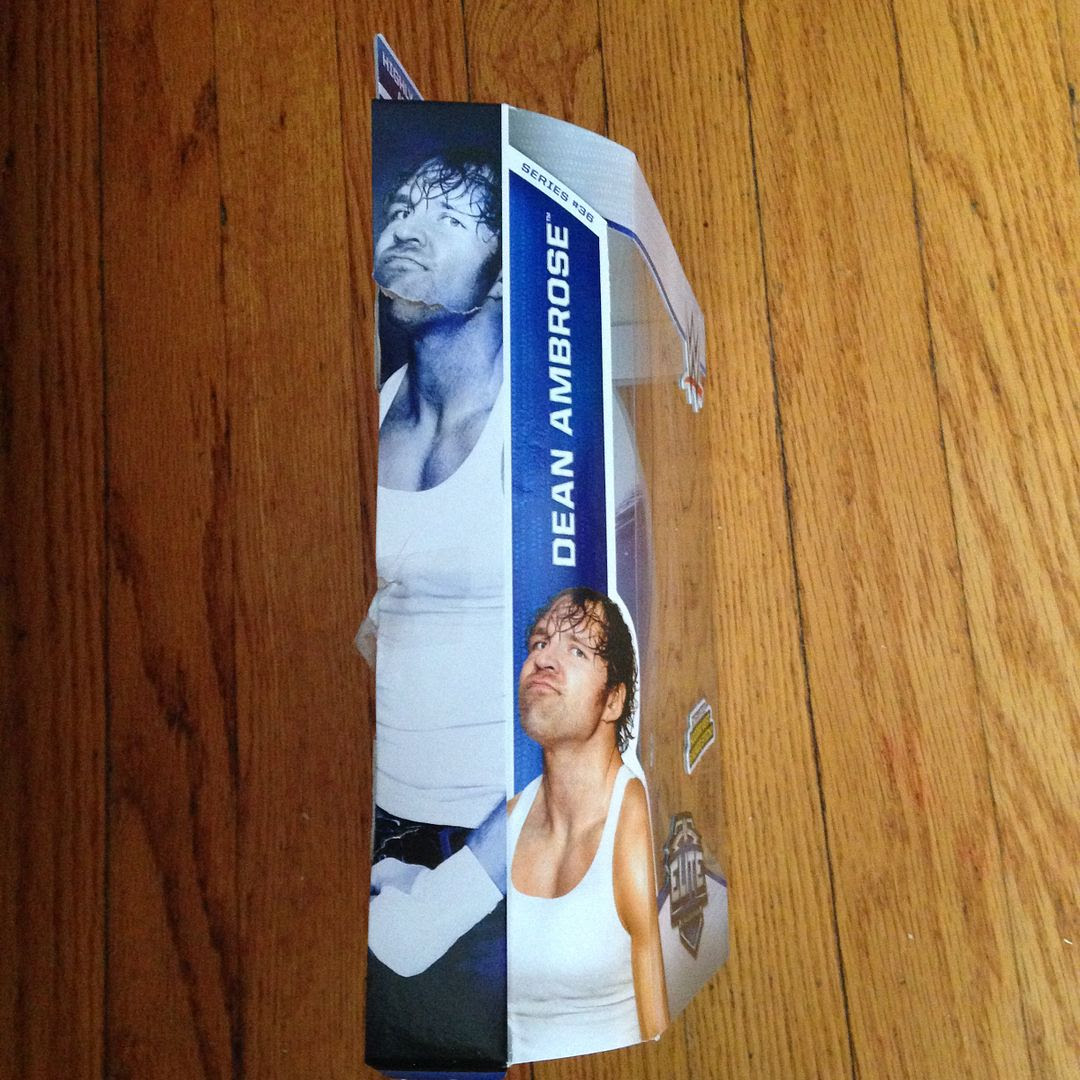 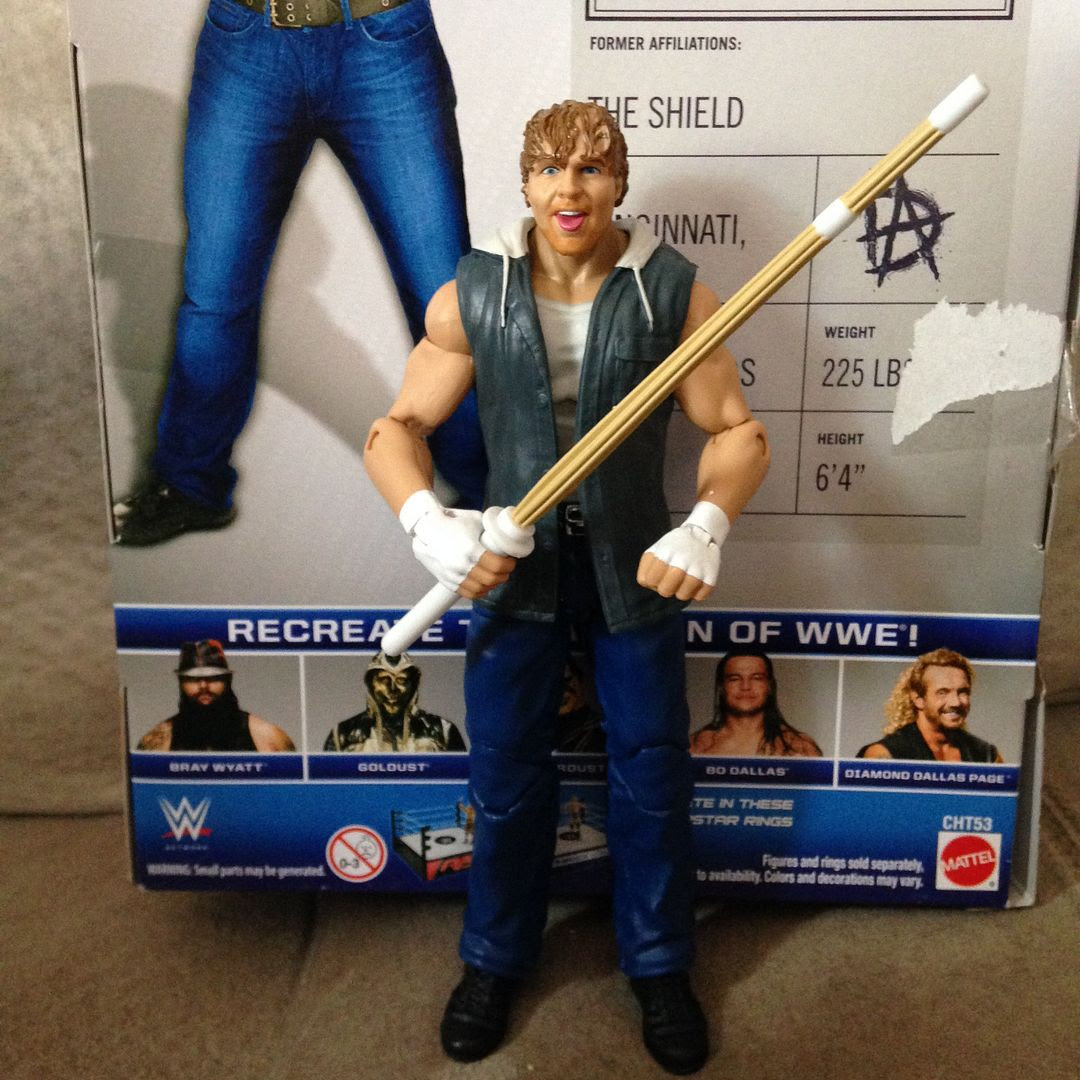 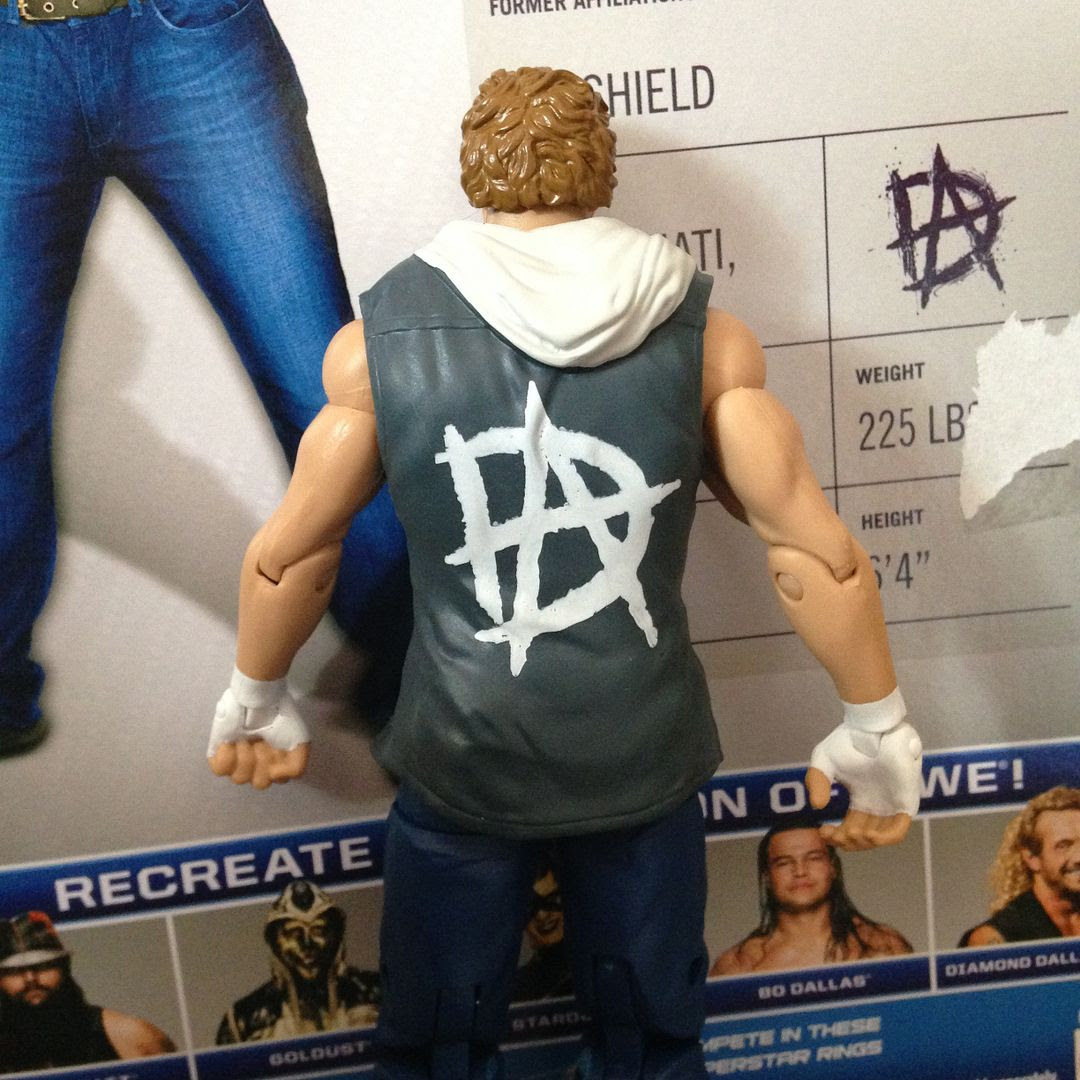 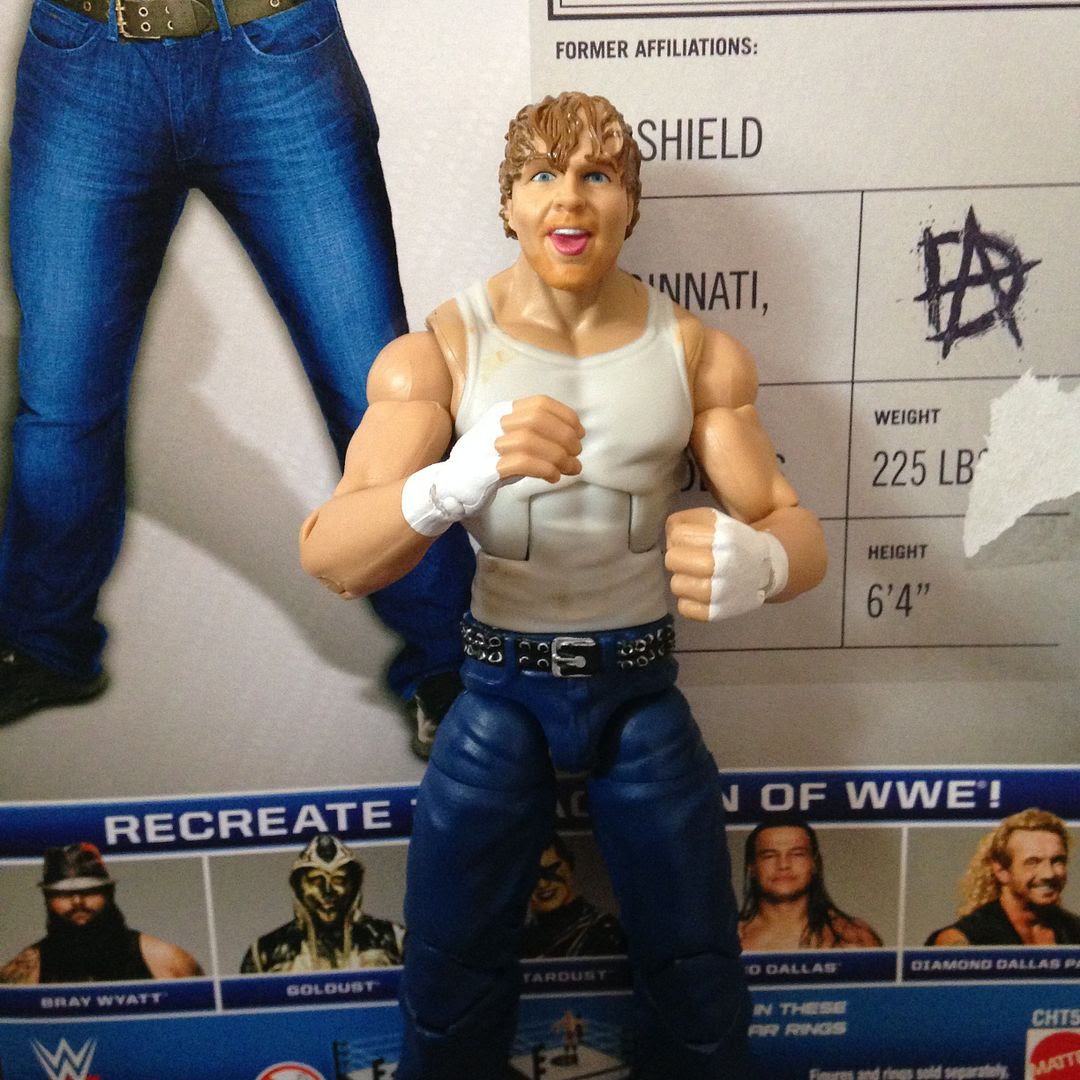 Posted by Joshua Macala at 6:32 AM