When I was a kid growing up in Durham, Connecticut we always went to the Durham Fair and this was when I was at an age when we would be given our own money as kids by our parents and we'd go off and buy our own baseball cards and all that.    Well, in this one tent at the Durham Fair for years and years there was this table that sold baseball card.   He had the high priced items and basic packs, sure, but the one thing that he had that we always bought from him- every year and perhaps too many times per year- was a grab bag.     The grab bag was a lunch sized brown paper bag and it had a small price tag on it (I want to say it was $1 but that seems too low but I know it wasn't more than $5) and it was filled with random cards and random packs of cards.

The grab bag was responsible for many of the cards I still own to this day which are only a handful of things like Operation Desert Storm and other random non-sporting events.   It's probably how I own any of the hockey cards I might and it also is almost certainly how I own all of the football cards that I own.  Even as a kid, as a San Francisco 49ers fan, I wasn't that big into football cards.   I was always into baseball cards the most, though I did also develop a soft spot for basketball cards (and within my collection it shows)    So when I saw this box at Target I decided to give it a go for $9.99 because I mainly wanted to see how many of the players I could recognize since over the past few years I've been watching more football than I ever have before because I've never really watched football regularly before.

What I find funny is that for as many football players that I know I feel like it's a lot but it's really not a lot.   There are only a handful of cards in here for players that I either know or might have maybe heard their name in conversation at some point.    And, I mean, yeah, guys like Peyton Manning and Aaron Rodgers seem like easy enough names to recognize but beyond them the numbers of how many players I can recognize are slim.   Though there are a lot of rookie cards in here and that makes me happy for some reason.   I'm not sure if Topps Football operates the same way as Topps Baseball but if there is a Topps Football Series 2 for 2015 then I fully expect a card for Tyler Varga since he made the Colts team this season.   That is a card I will be going out of my way to buy on eBay (and every other card made for him)

So no Tony Romo.   No Andrew Luck.   No Tom Brady.   But still enough people that I recognize to remind me that I don't know nearly as much about football as I thought and should stick with baseball when it comes to the cards at least.   Still, these are pretty nice cards and ultimately as I feel like time passes I might just end up watching more and more NFL games (As Quentin gets older) and so in that scenario I will eventually probably start buying more football cards but for right now I'll just cherry pick off of eBay when I see things I like even though some of these cards are just way too cool to pass up on even for an amateur like me. 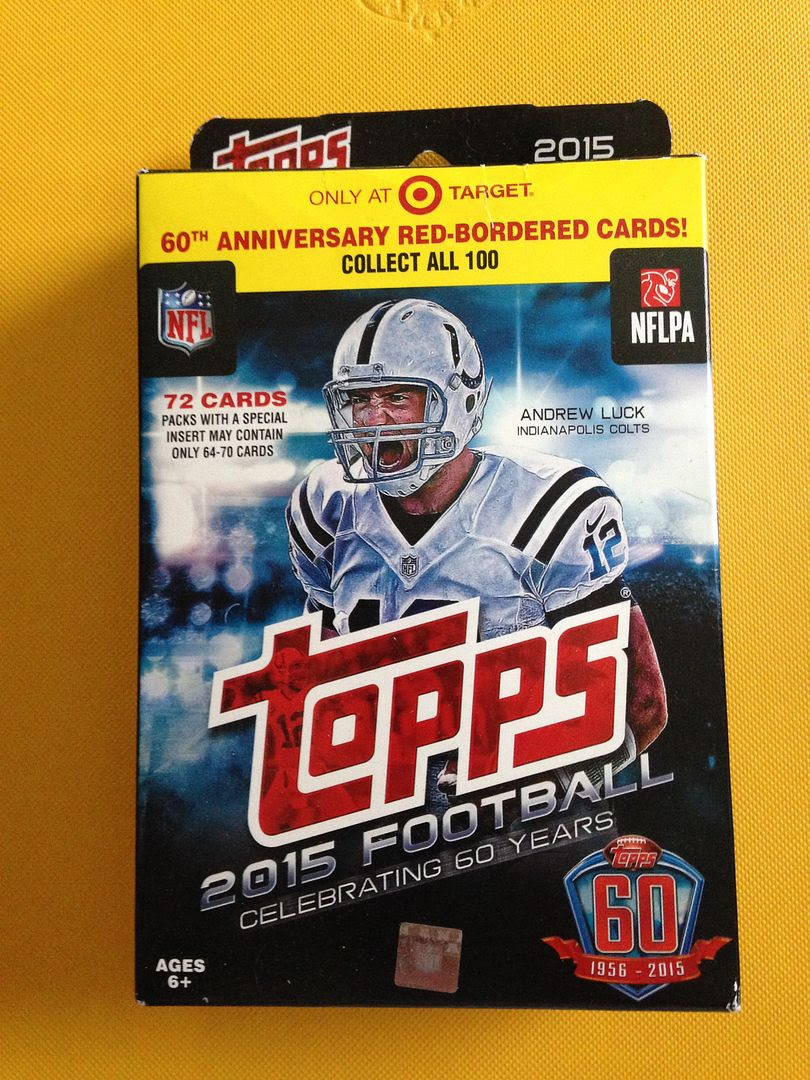 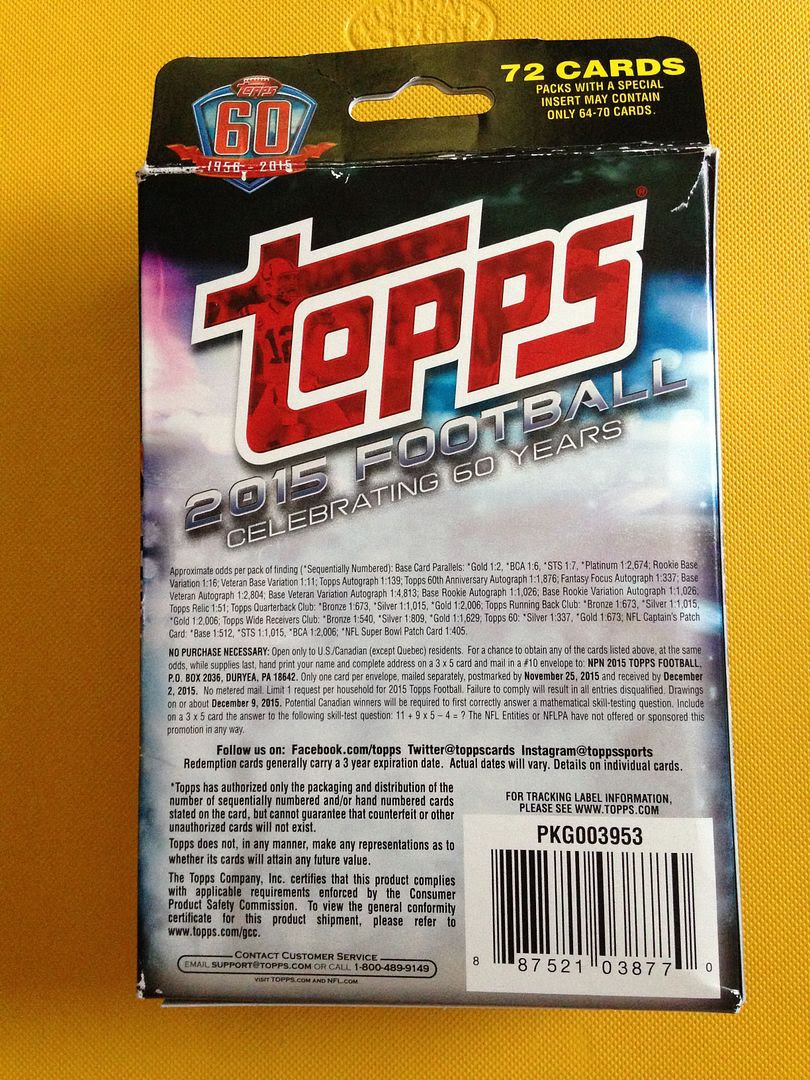 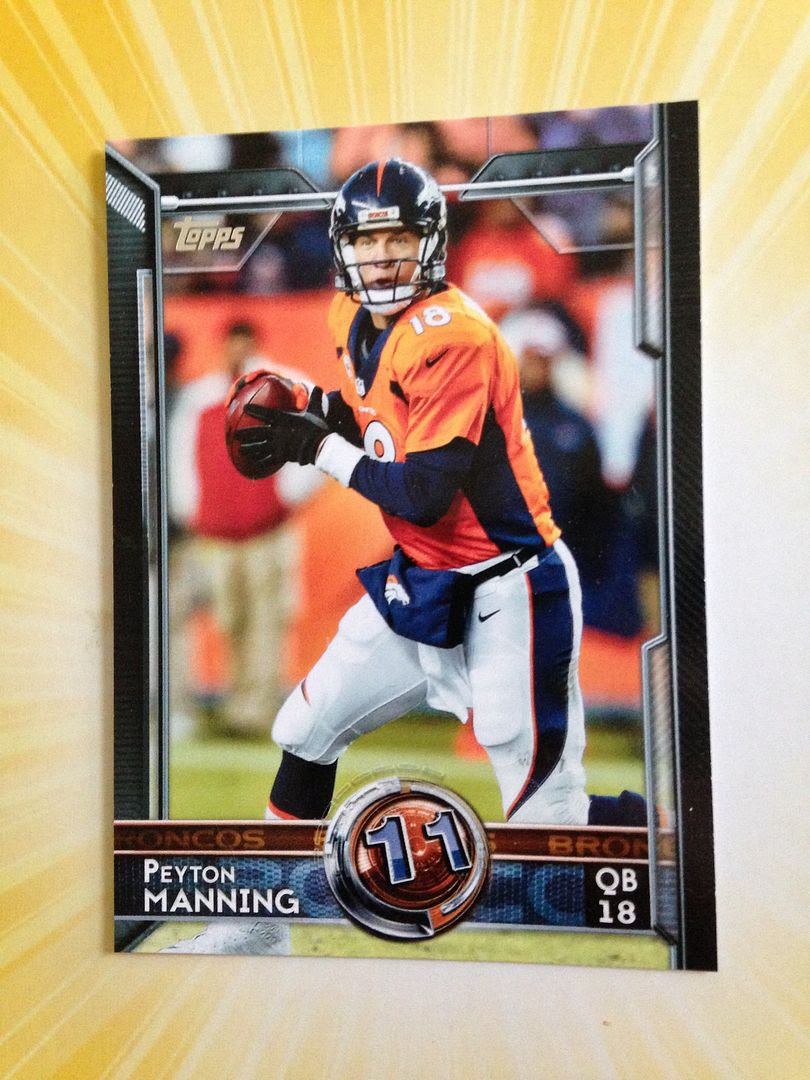 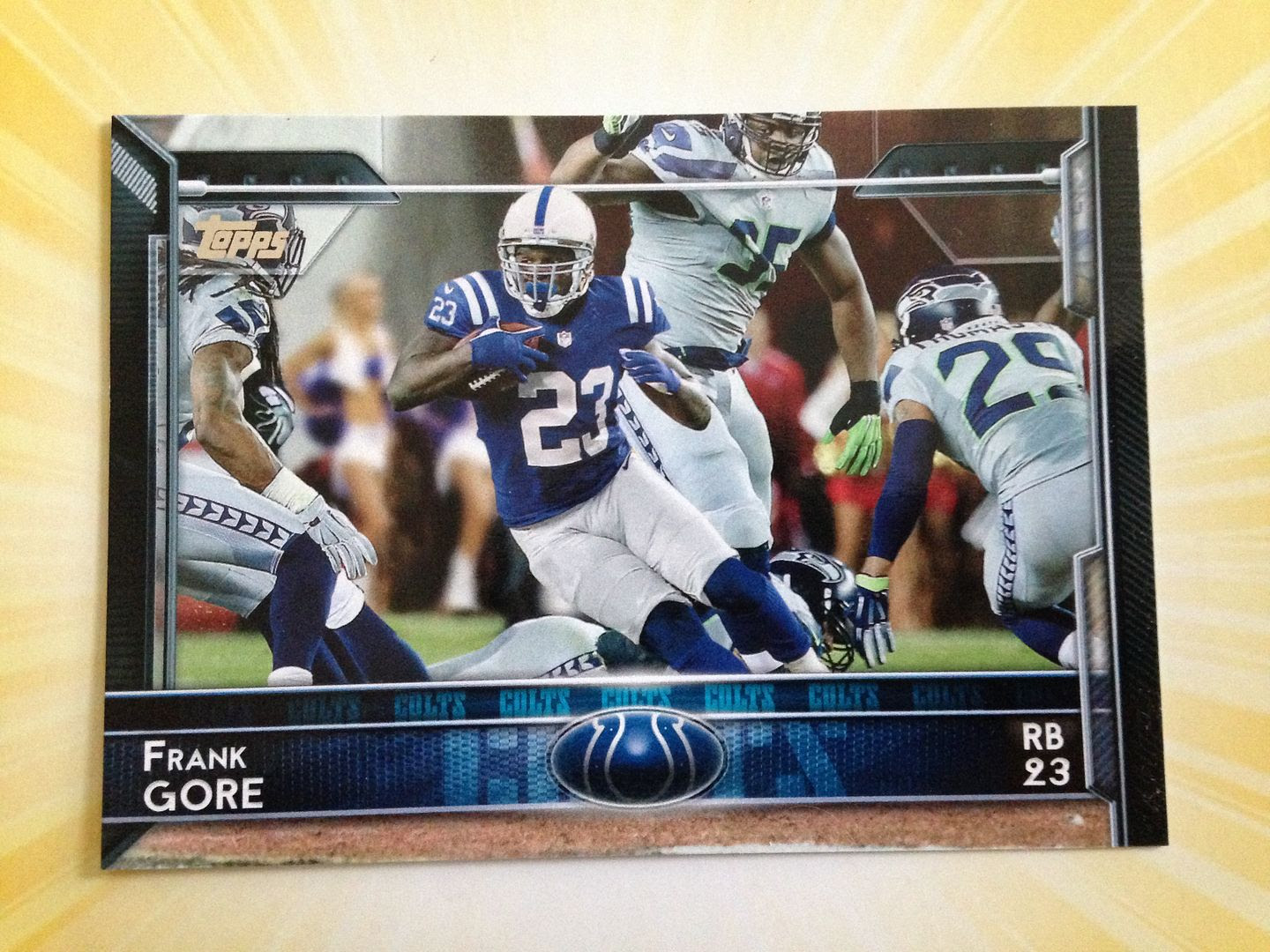 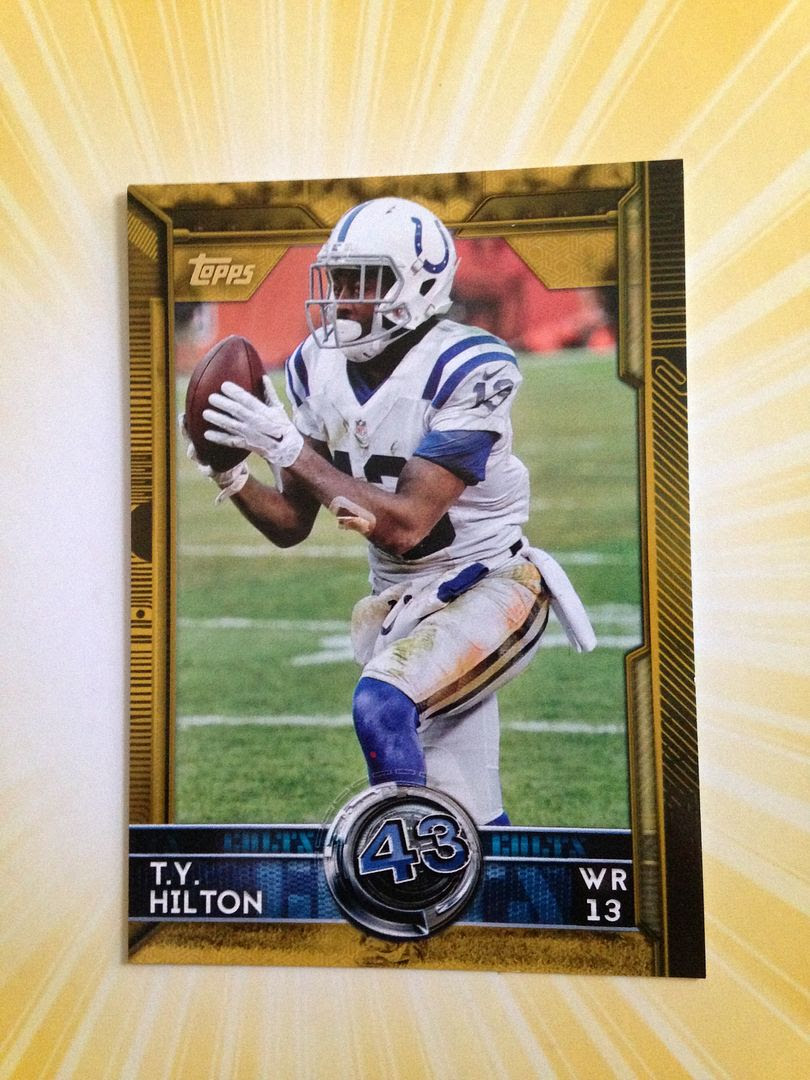 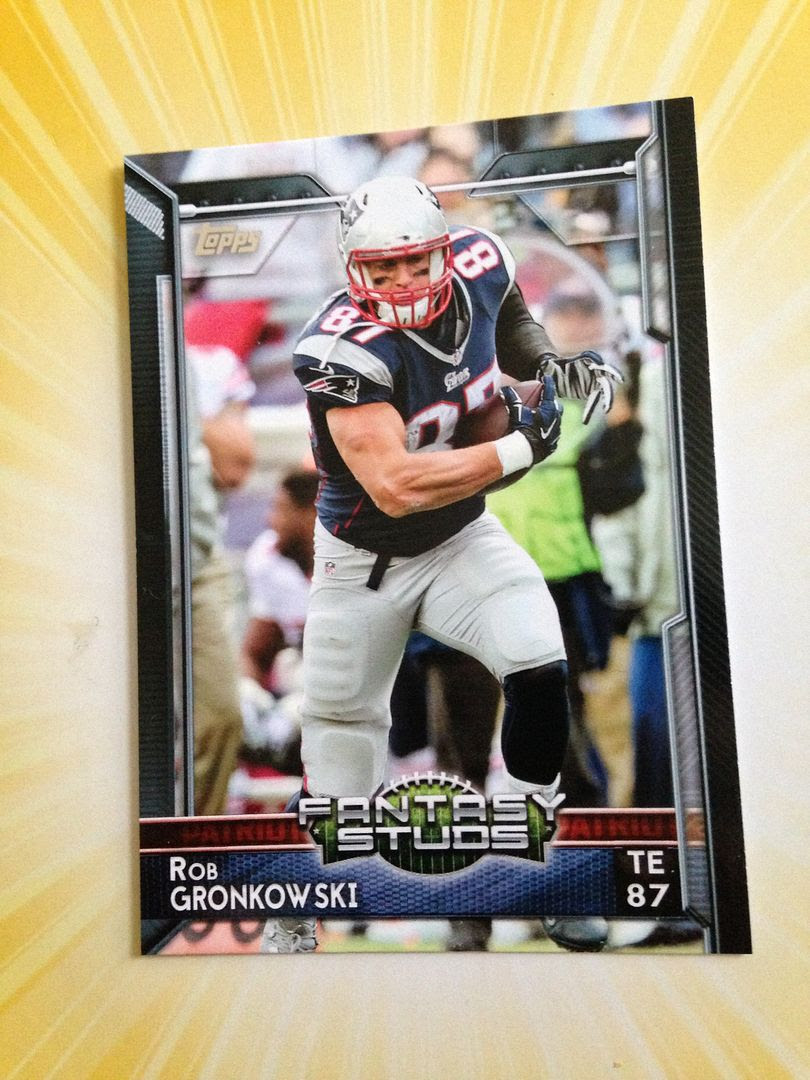 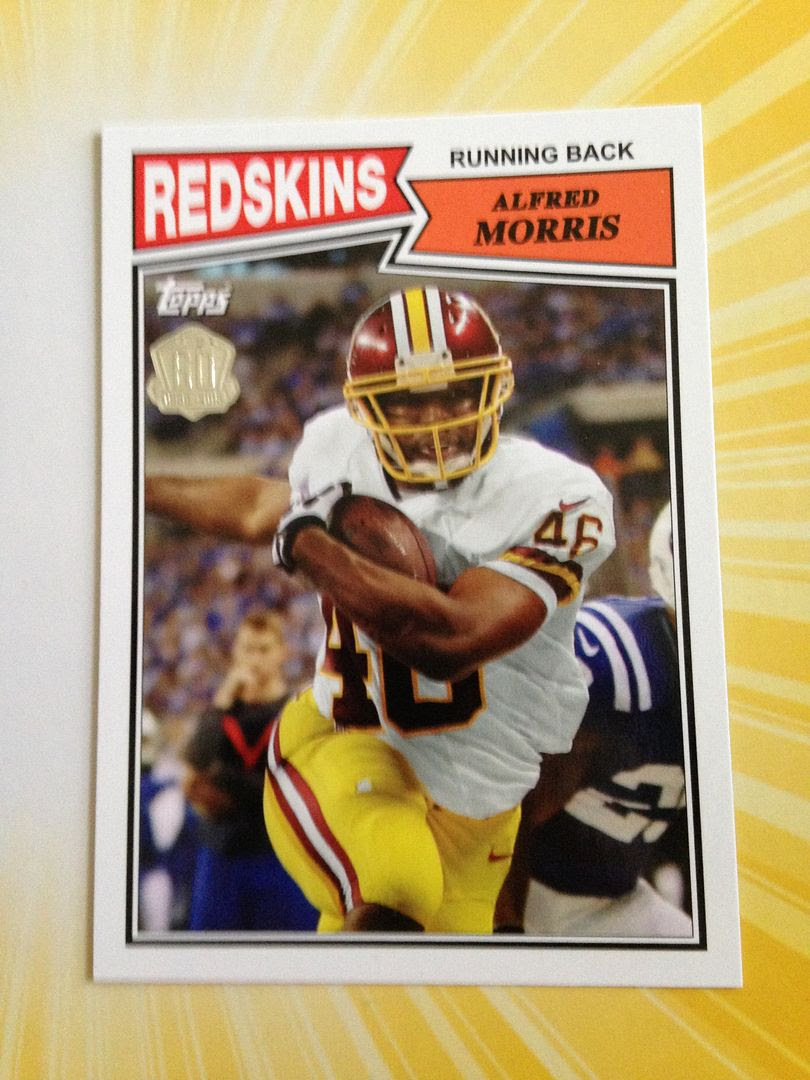 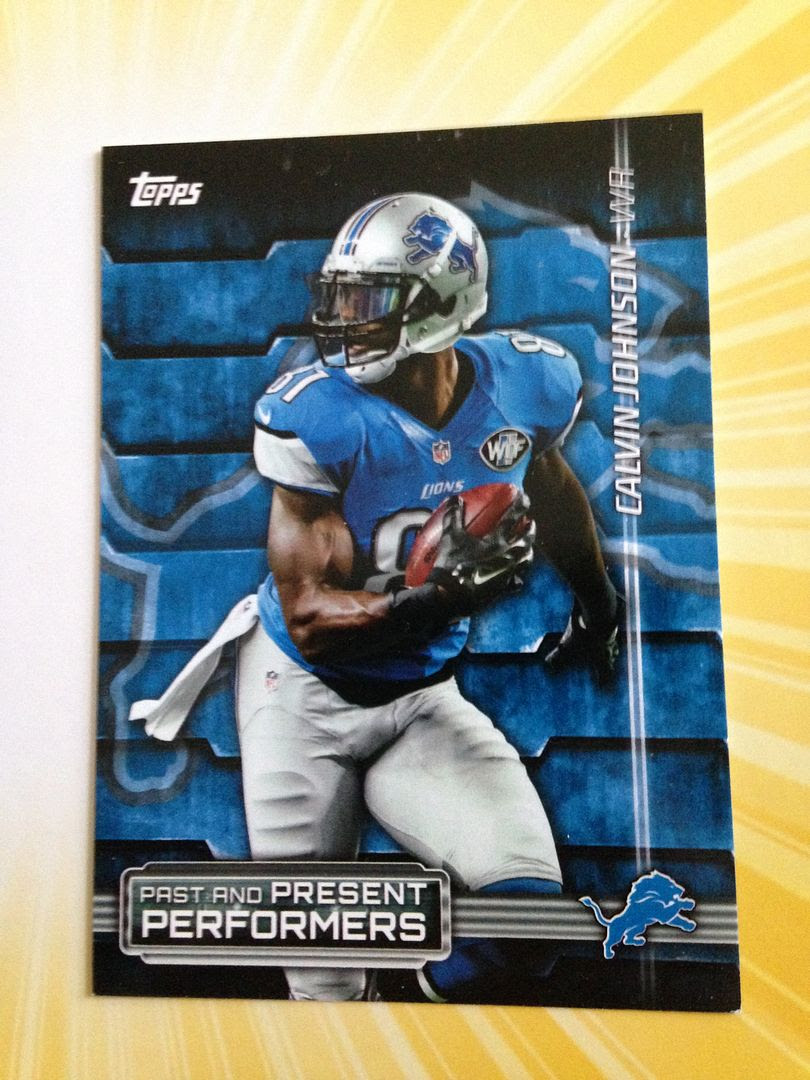 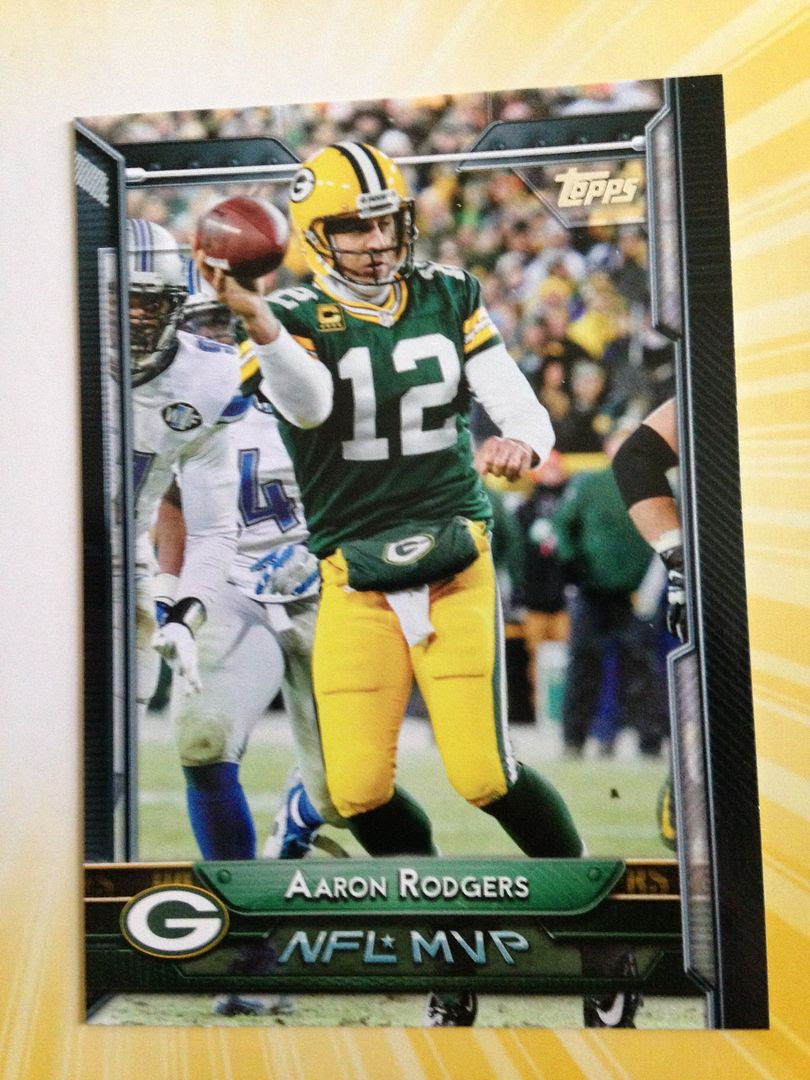 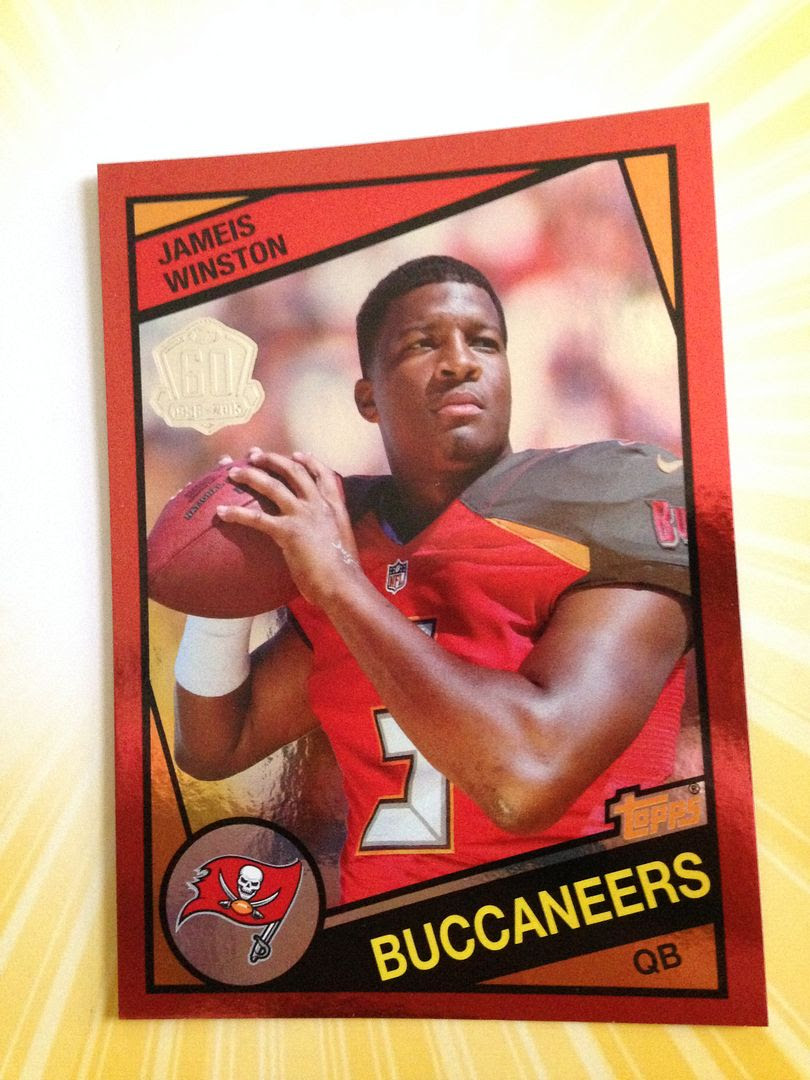 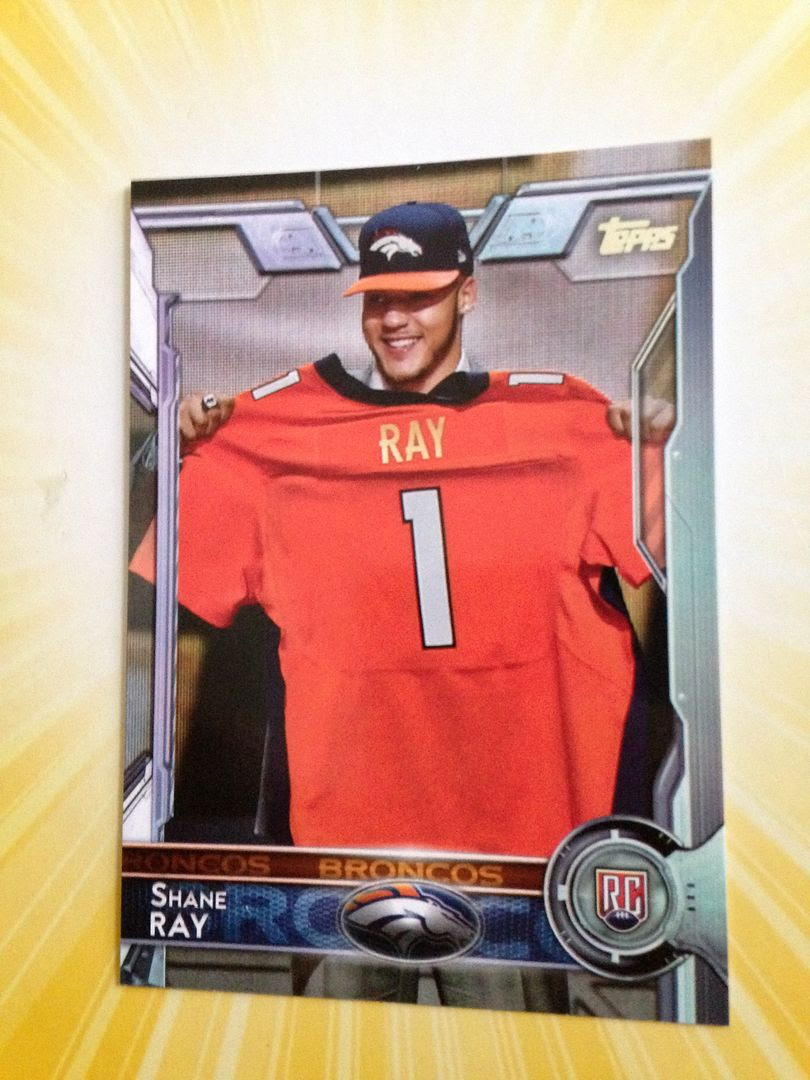 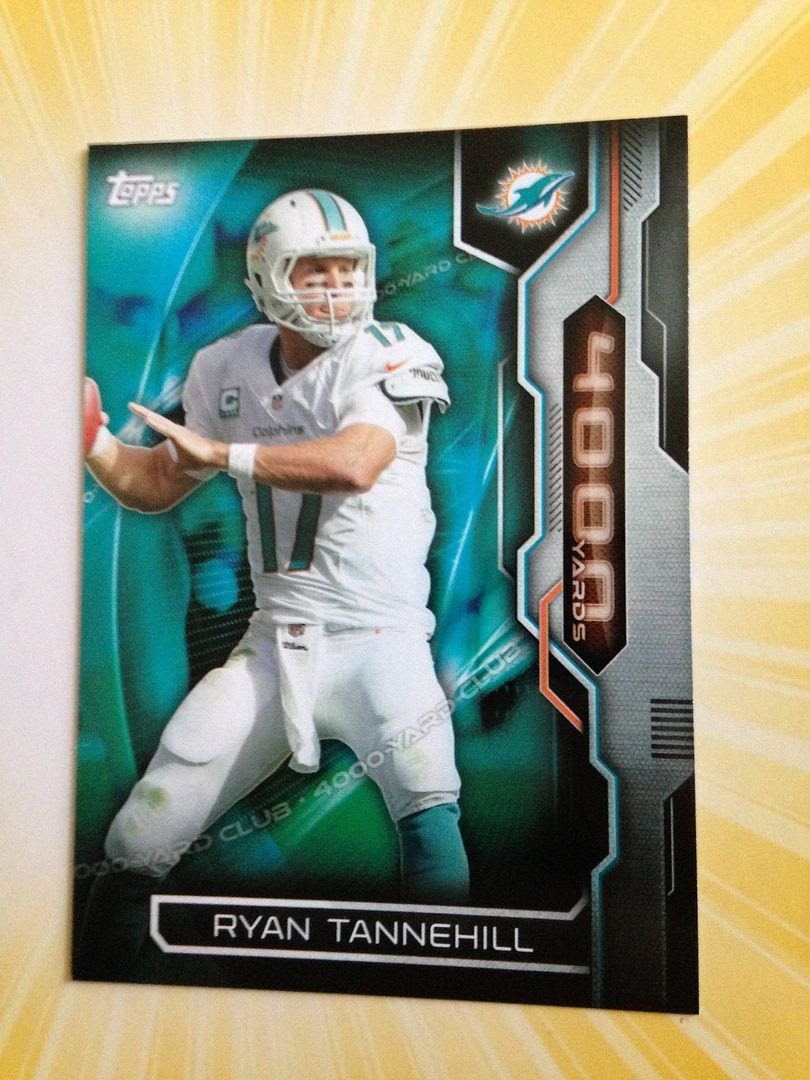 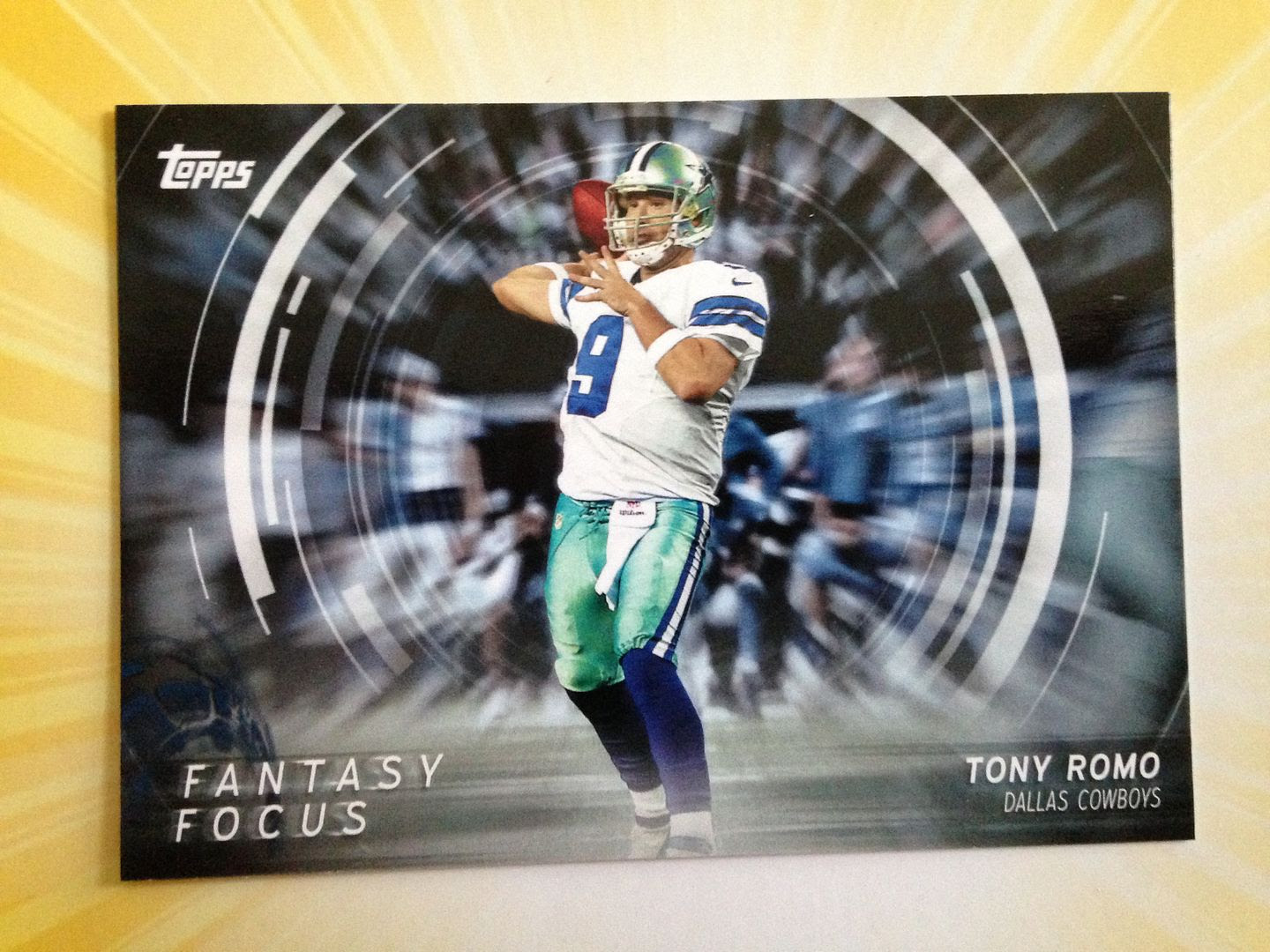 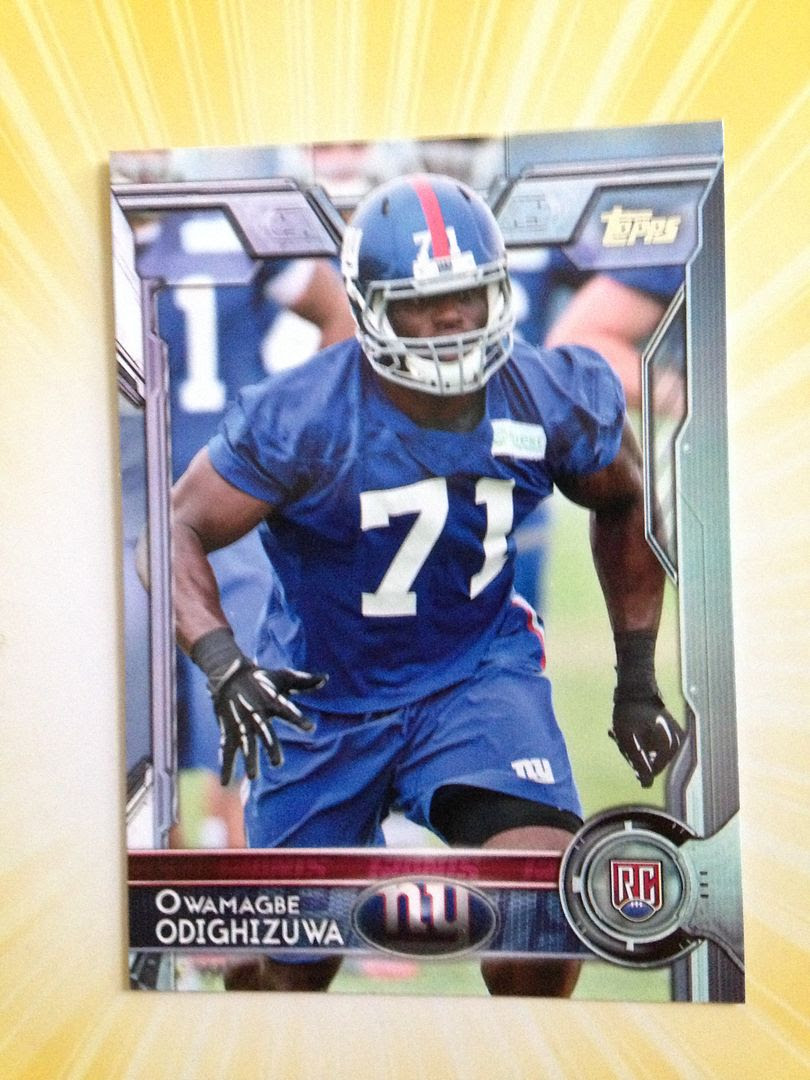 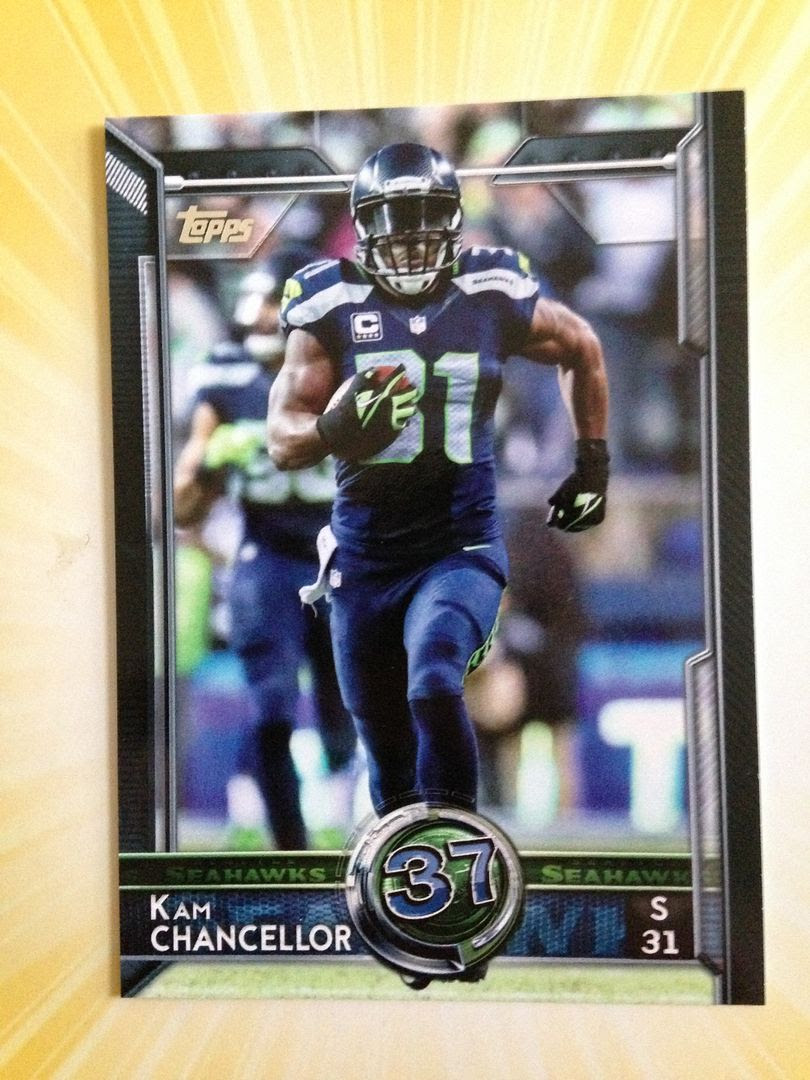