After seeing prototype and MOC photos for both the Basic and Elite figures of Bo Dallas I decided that there wasn't a whole lot of difference between the two.   The Elite comes with a shirt and the other does not.   Otherwise, it's just a matter of articulation.   So I was pretty set on getting just the Basic version of Bo Dallas and then when I stumbled into a Walmart (and found that Stephanie McMahon figure) I saw Kofi Kingston and t-shirt series exclusive to The Wal that featured Bo Dallas in his "BOLIEVE" painted on t-shirt.   I thought this was the perfect compromise- the perfect in between- for the other two figures and so I decided upon that as my Bo Dallas figure to get.   And then we went to Toys R Us, saw this Elite Bo Dallas on sale for $14.99 and I decided it was worth the extra five dollars for the t-shirt and extra articulation.

This does fairly well display one problem I have with the WWE line by Mattel.   I'm going to say it bluntly: I do not believe that the Elite figures are worth twice the price of the Basic figures.    Sure, the Elites have been known to come with some crazy accessories, but what about that time Batista had only his tattoos has his accessory?  It just feels like when you look at certain characters- a lot of them, really- it's hard to justify spending twice the price for accessories and articulation.    Plus, the Battle Packs tend to be the same price as the Elites and that makes it harder for me to justify buying one figure for the price that you can get two.   But having the Basic figures at the $10 range and the Elites at $15 seems a lot more fair to me and that's why I did get this Bo Dallas as an Elite.   Perhaps something for Mattel to consider, though I know it will only lead to them cutting costs elsewhere or they might even interpret it as needing to raise the price of Basics even more.

The fact that this Bo Dallas comes with his "BOLIEVE" shirt is pretty cool if only because you can put it on everyone else.   One of the first things I had to do here was switch outfits between Bo Dallas and Bray Wyatt because in some alternate universe they are playing the other character in WWE right now.  I feel like Bo Dallas would fit in with the Wyatt Family well enough that this figure just further proves it because I can put him with them and it only looks natural.   I've also already had to put the t-shirt on Sami Zayn as well because why not, right?

My son is actually remembering Bo Dallas from his recent beating at the hands of Brock Lesnar and has those two going at it.    He also seems to want Bo Dallas to fight R-Truth but we can't seem to find his R-Truth figure right now (No idea where that one went off to though).   But it is nice to have Bo Dallas at least as this former NXT Champion type of guy.   From Adam Rose and Sami Zayn to Bo Dallas now, the NXT collection is coming along nicely, as it also features Rusev and Paige, and yet somehow I'm also getting more of these NXT stars than anything else but most WWE stars come up through NXT anyway so what I'm trying to emphasize is that I'm not getting as many of the existing WWE superstars like Randy Orton.

So if you're going to end up paying near $20 for this Elite action figure of Bo Dallas, the call is yours.  I've actually seen the t-shirt series Bo Dallas at Walmart twice since buying this Elite and while I don't regret buying the Elite version of Bo Dallas I will at least admit I was slightly concerned with finding the t-shirt series figure because I actually never even saw the Basic Bo in stores.    (I didn't see Emma or Bret Hart from that series either).    Whether you decide to try and find this Elite figure- which I recommend, especially if you can get it for less than $20- or you go for the t-shirt series figure just know that you can find either or both of the figures at mass retail.   All you have to do is BOLIEVE. 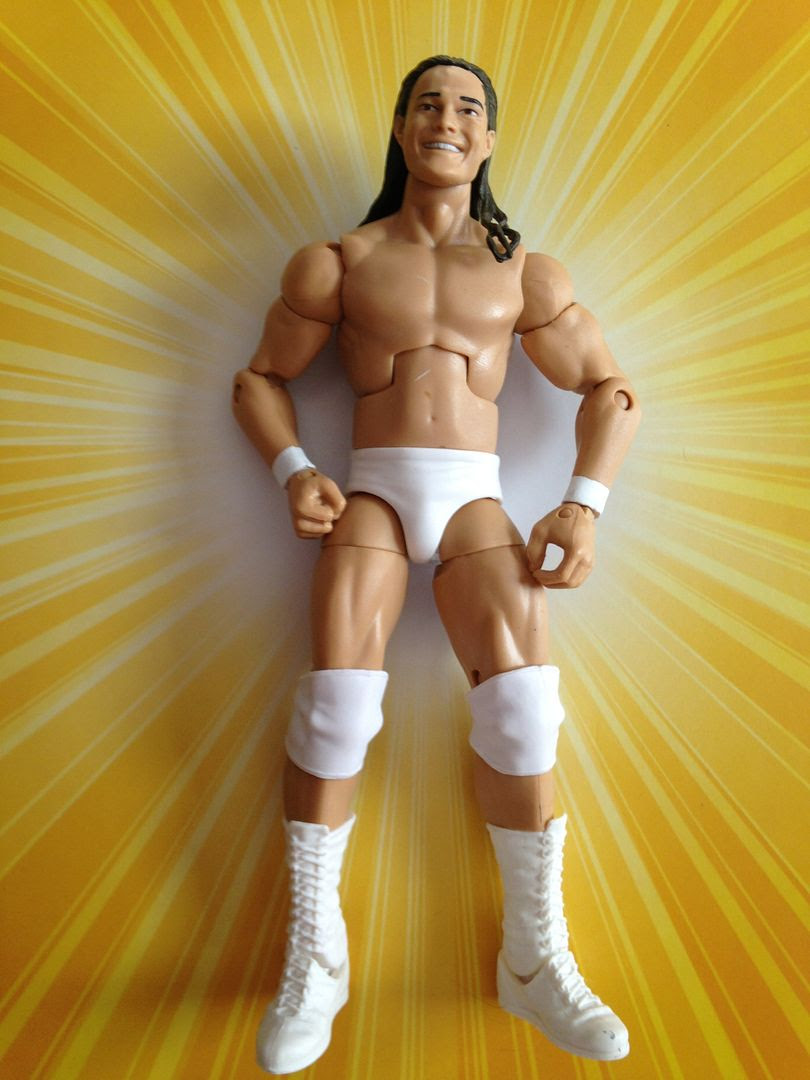 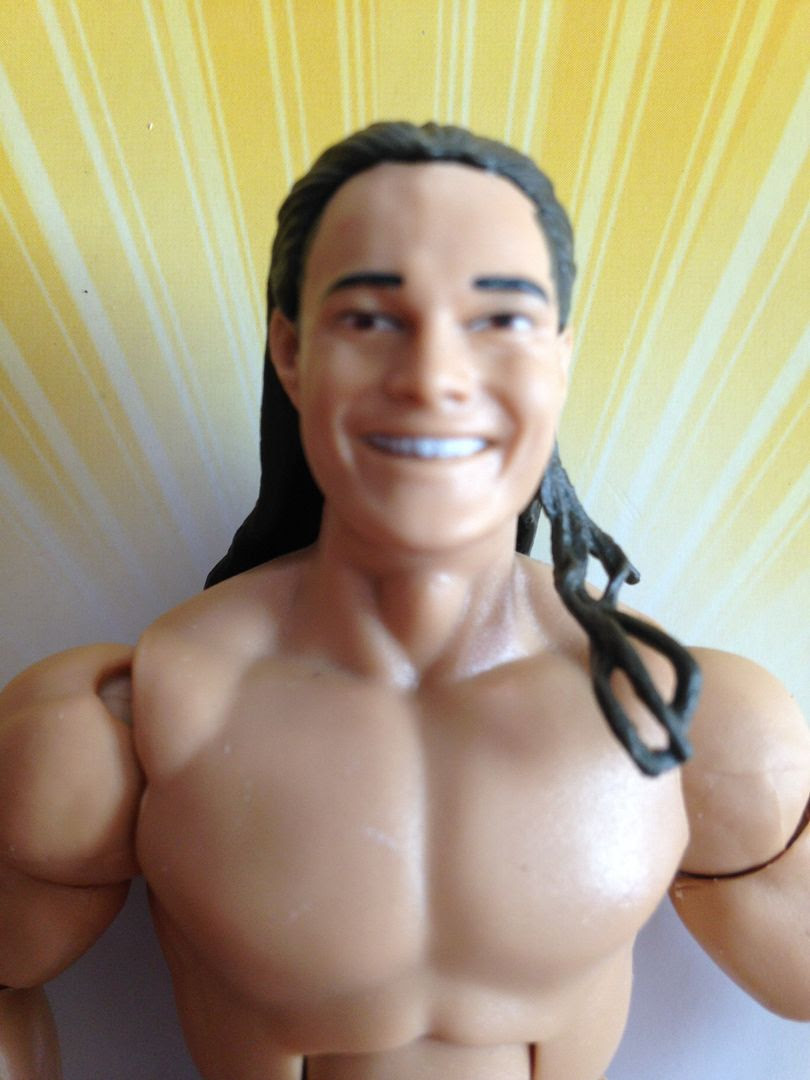 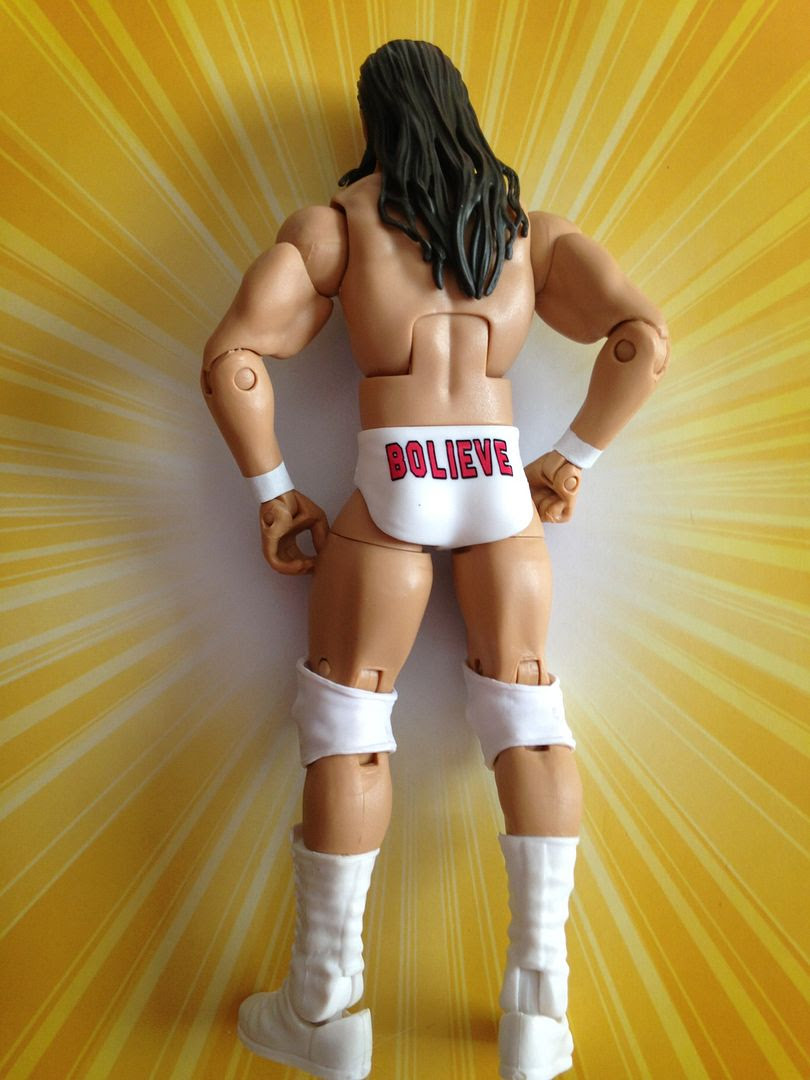 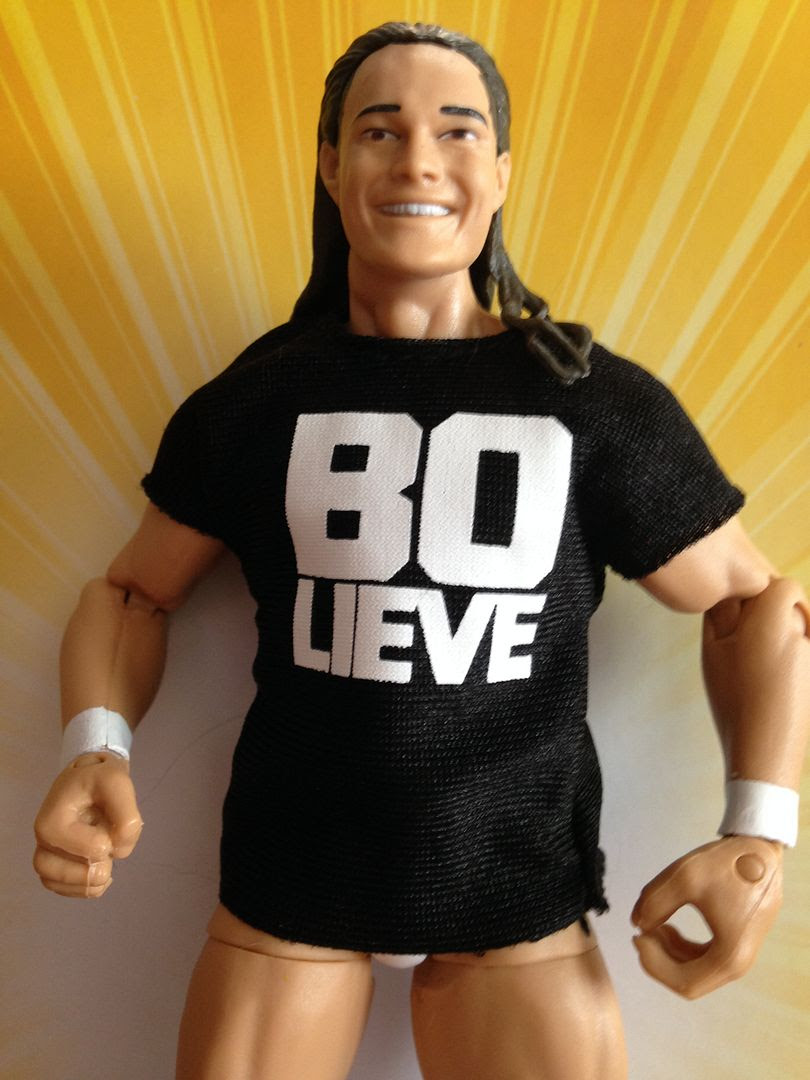 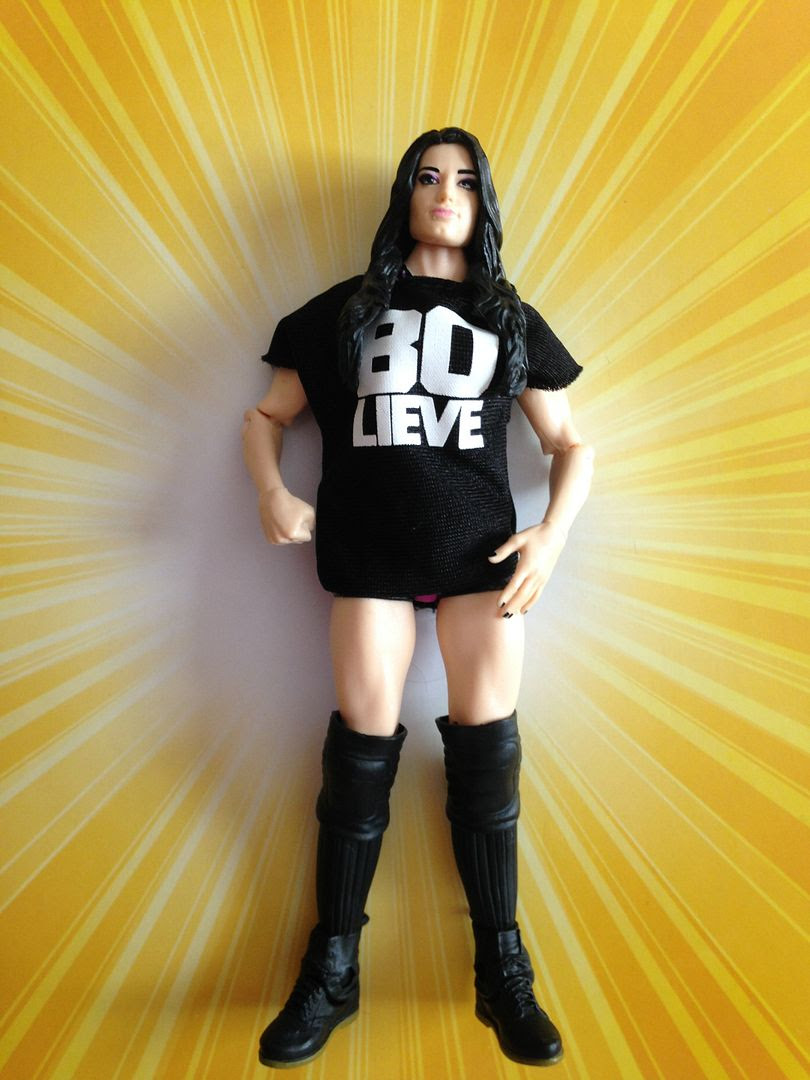 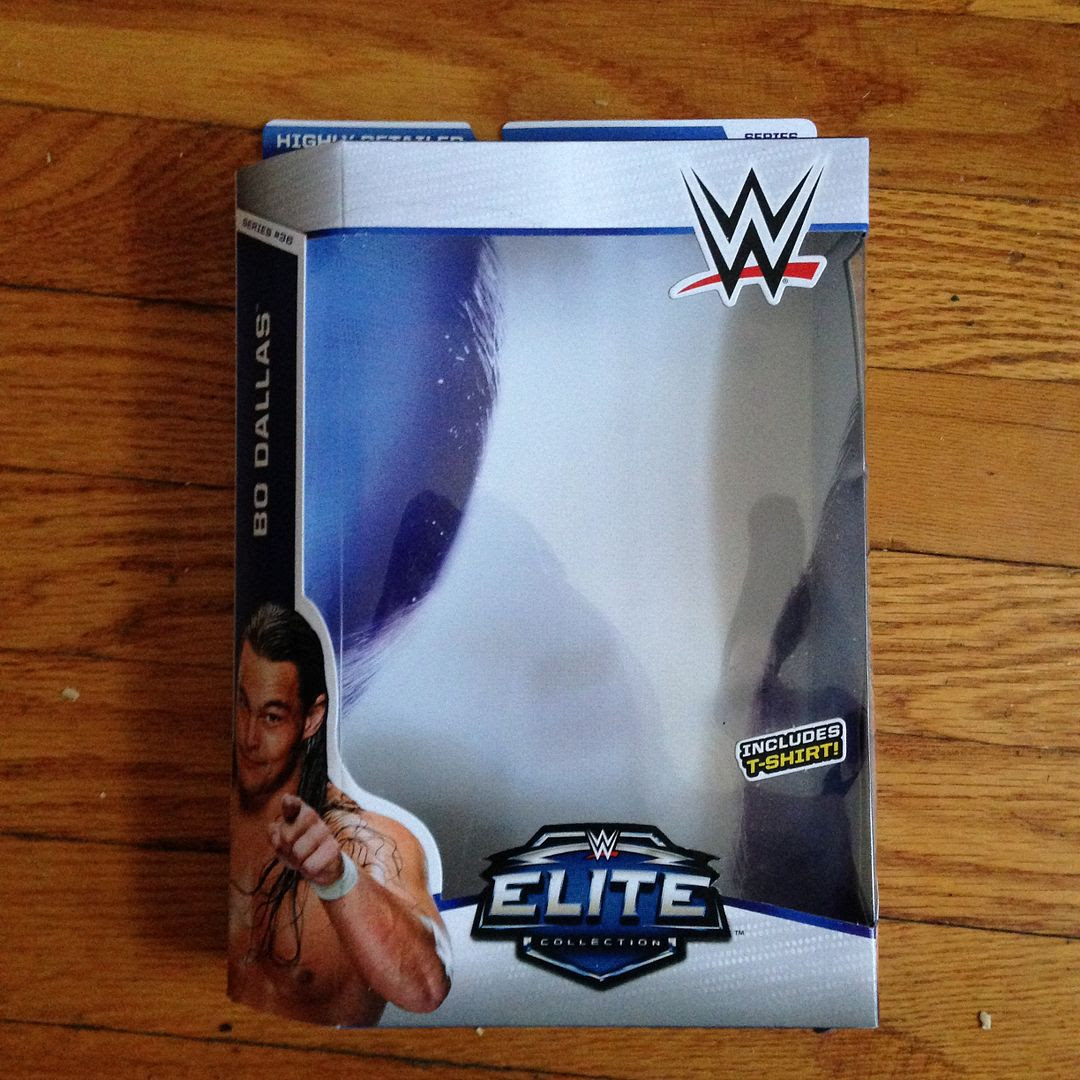 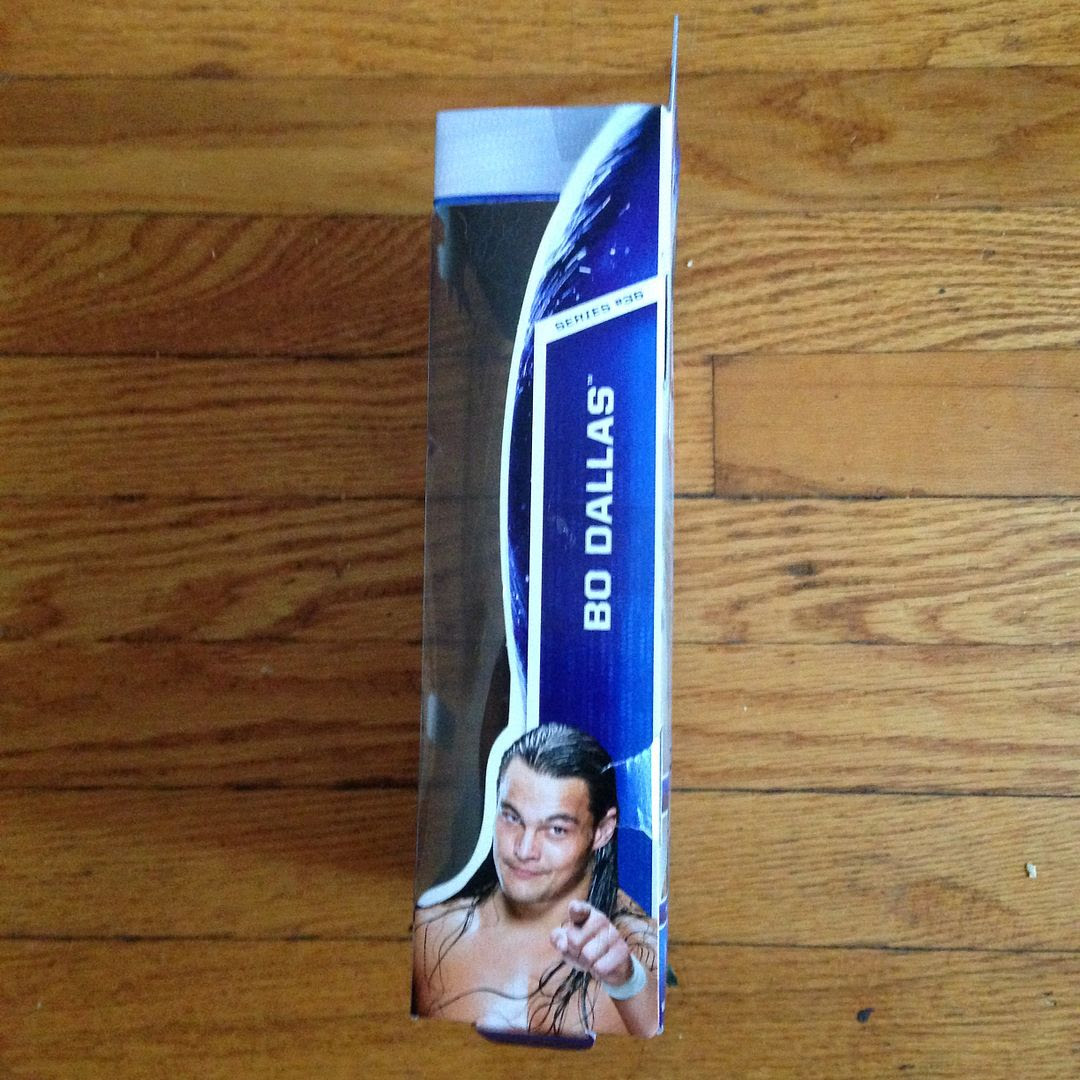 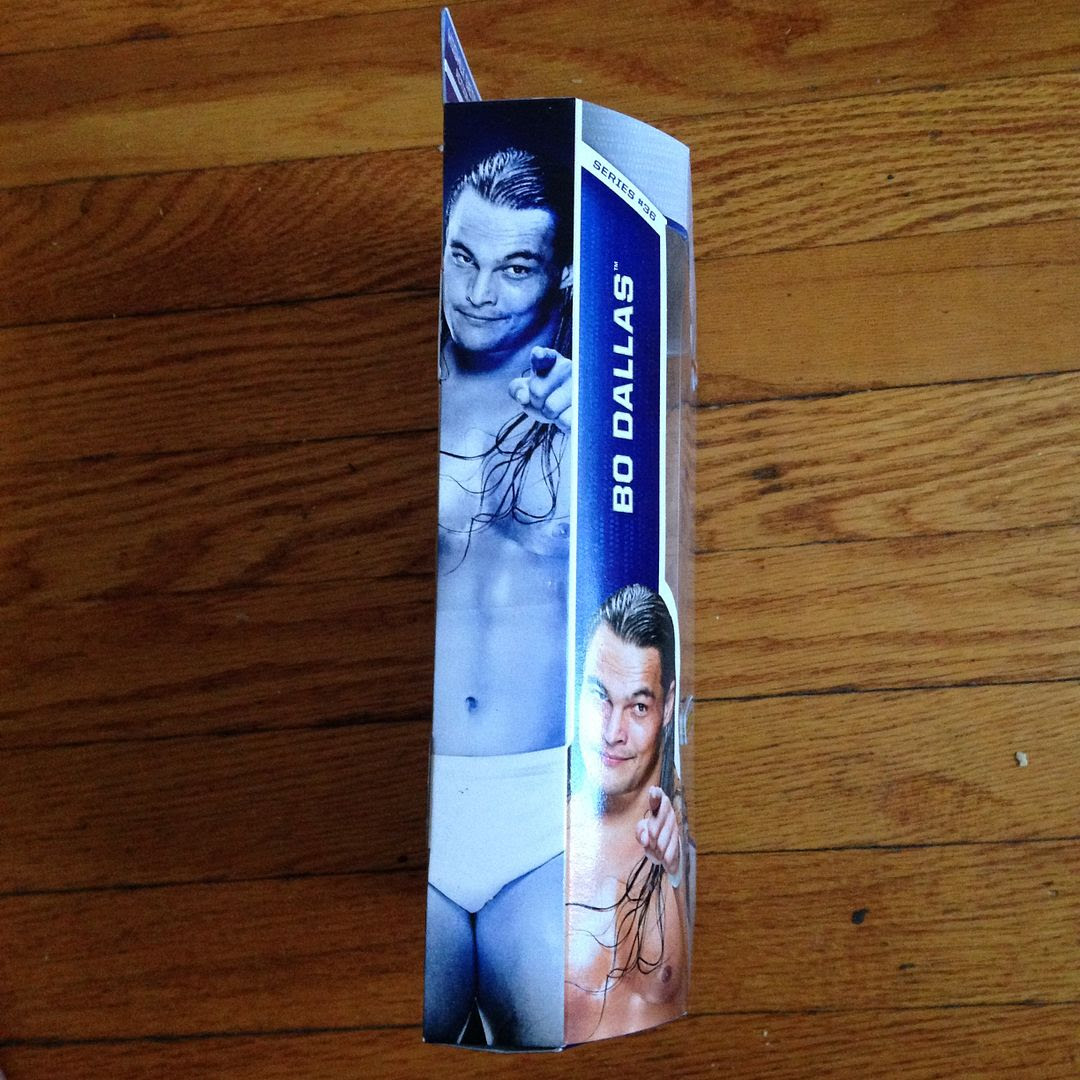 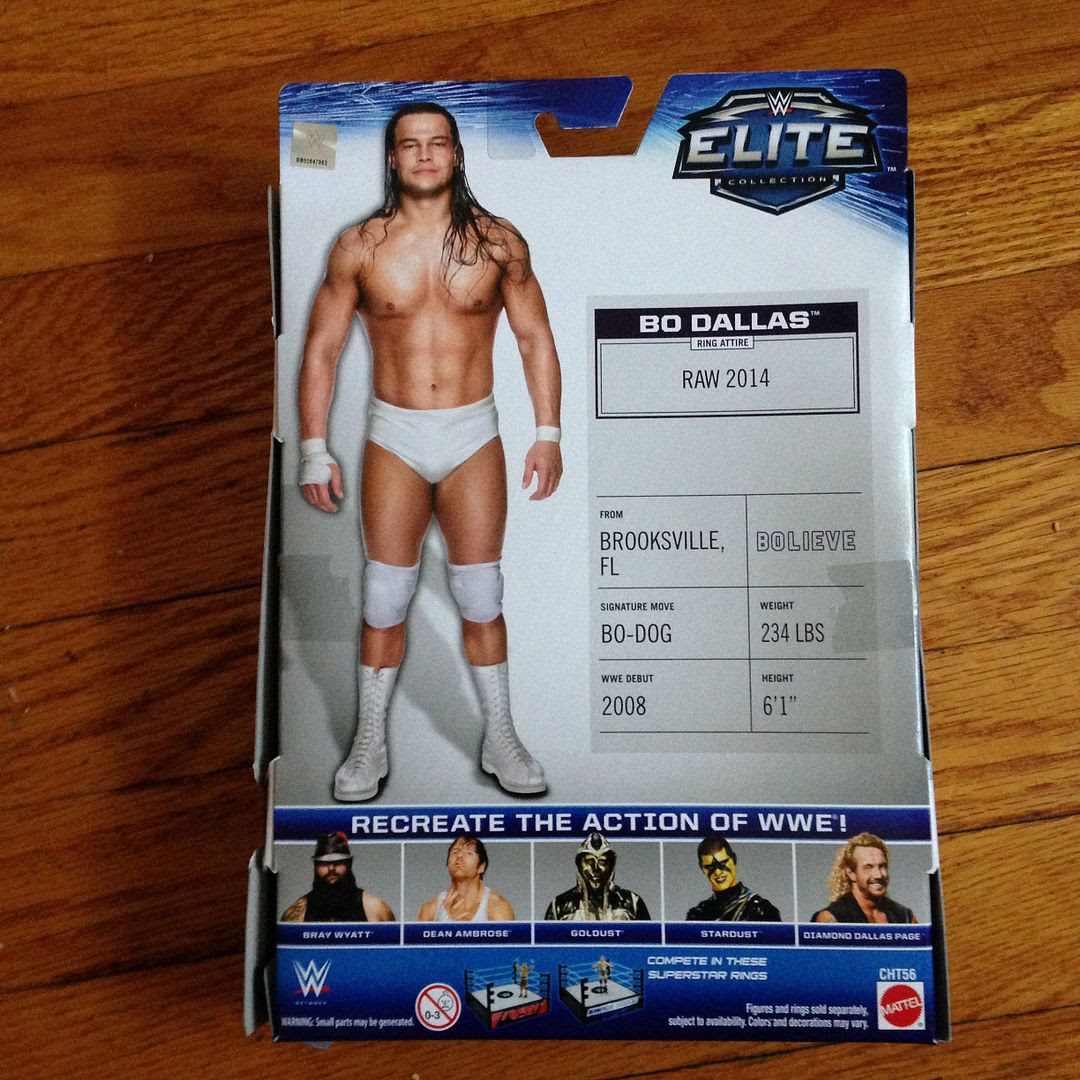