While at the One Spot in Target it was actually my son who went over and found these before I did.   He picked up the set which looks most like the Avengers and for a split second I thought it was an actual Lego set, remembered Target does have these not-quite-Legos and then knew instantly we had to buy them because they were in a sense bootleg Legos.   In the interest of fairness, it must also be noted that getting these five figures for $3 is a good deal because it's $0.60 per figure and if these were in a gashapon machine you'd likely pay $0.75 to $1.00 as nothing is really $0.50 anymore.   Some of the more diehard collectors of Legos and what not might think it to be a sin, but for my son who is now almost four years old it doesn't matter-- he will play with these as if they are the same as his Legos.

There were at least two other sets there- one was "combat heroes", which was like Army guys and the other was "rescue heroes", I believe, and was a police man, fireman, etc.- but these were the two which interested me the most.   First off we have this Avengers set which is clearly supposed to be Thor, Black Widow, Captain America, Iron Man and The Hulk.  As a collector of Legos with my son it is worth noting that aside from the non-licensed sets we've been mostly collecting Star Wars and DC right now.    That is to say, we don't have any of the Marvel characters in Lego form, but it's okay because I anticipate my son being into Legos for quite some time so we still have a lot of time left to collect the various sets from other licenses.   The simple fact that this version of the Avengers though has The Hulk called "Smasher" just sold me on it right away.   How funny is that?    Iron Man as Metalman, Thor as Lightning Bolt and even Captain America as Falconman kind of make sense in some way where it's like, what's close sounding to their actual name but not close enough to get us sued.   But Smasher is just a great name in general and the fact that it's tied with The Hulk makes it that much better.  (This will also, undoubtedly, come into play one day when my son is old enough to learn about off brand toys and have an actual Marvel Lego set)

The other set- which is in a blue box- isn't quite as easy to identify.   The guy in the middle in all white is some sort of cross between Storm Shadow from G.I. Joe and Ultron.   On his sides are what can only be considered the Human Torch and Ice Man and then the other two beyond that are as good a guess as any for me.    As much as I was drawn to the first set because their version of The Hulk is called Smasher, I was drawn to this set because it doesn't have any blatant rip offs in design.   Sure, Ice Man could be the exception as the one who looks like fire and is called "The Flame" could be either the Human Torch or Pyro, but there is no set character for White Eagle, Mercury Girl or Shadow Cloak and in that sense I think of them as being comic book characters without a comic book series or movie.   In many ways this is much more appealing than a set of knockoff Avengers because you can make these characters into whatever you want.    You could turn them all into villains and have them fight your fake Avengers or they could just be another set of heroes.    You know, even if the guy in the other set *isn't* quite Thor you still think of him as Thor and so you imagine he has Thor-like qualities.  For this set of characters I feel like the possibilities are endless and that makes them that much more fun.

Now the breakdown on these figures is a lot like Lego mini-figures only with a slight difference.   You can take off the legs and head, which is expected, but then the arms also come off here around the elbows.    It's strange because the way that the hands can come off of a Lego mini-figure is one thing but this just seems to be taking off so much more in the arm area.    What's also kind of funny is that some of the obvious additions to the head are hair and helmets but Falconman and Metalman both have just little pieces stuck to the tops of their head which need to be removed if you're trying to add on.   I imagine this as being like sticking a little yellow circle piece on top of a Lego mini-figure just so you don't leave the hole on the top of the head exposed and I'm not sure whether or not I like that idea better than the way Lego does it.    But yes, I did struggle at first with why the hair wouldn't go on and then having to find that little piece which needed to be taken off when it appears as if these figures should just be bald and ready to accept my hair or helmet piece or whatever.

Perhaps it is the former wrestling figure addict in me but I have always had a place in my collection for bootleg and knockoff toys.   I've always found them to be rather funny and sometimes even clever.    Having a knockoff Lego set of construction figures, for example, is one thing but when it's obviously trying to tackle the success of Marvel it's even better.   How could someone not want these in their collection?   One of two scenarios is how this should play out if you buy them.   Either you are oblivious to the fact that they are not the real Marvel characters and play with them as if they are or you simply know they are not and then try to turn them into some alternate universe version of the Avengers.    For the price of a Lego set, no, these wouldn't be worth it but since you're paying so little for them it does become this sort of adventure into the unknown which you should be willing to take for not only the sake of imagination and creativity but for the kid inside of all of us. 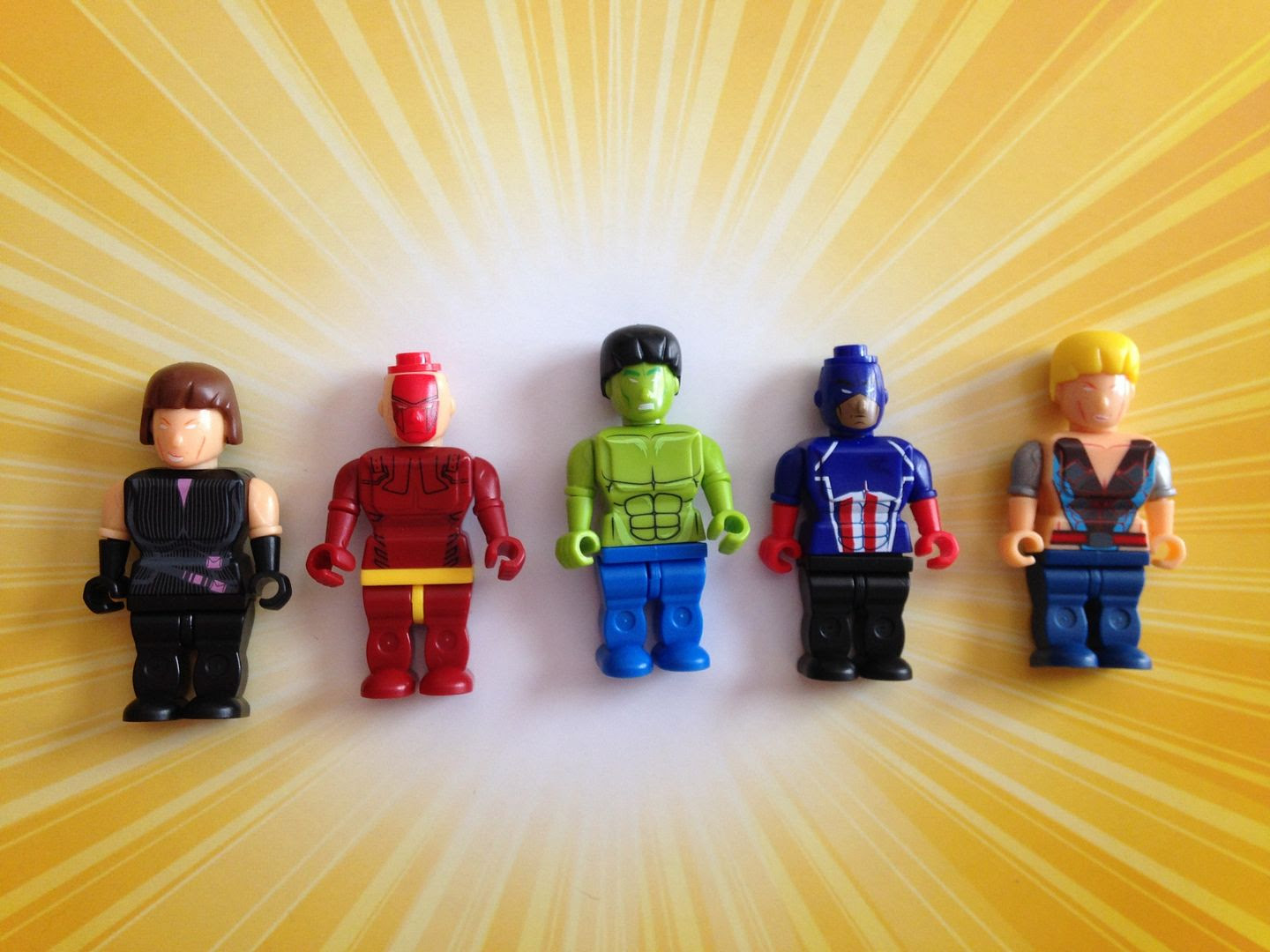 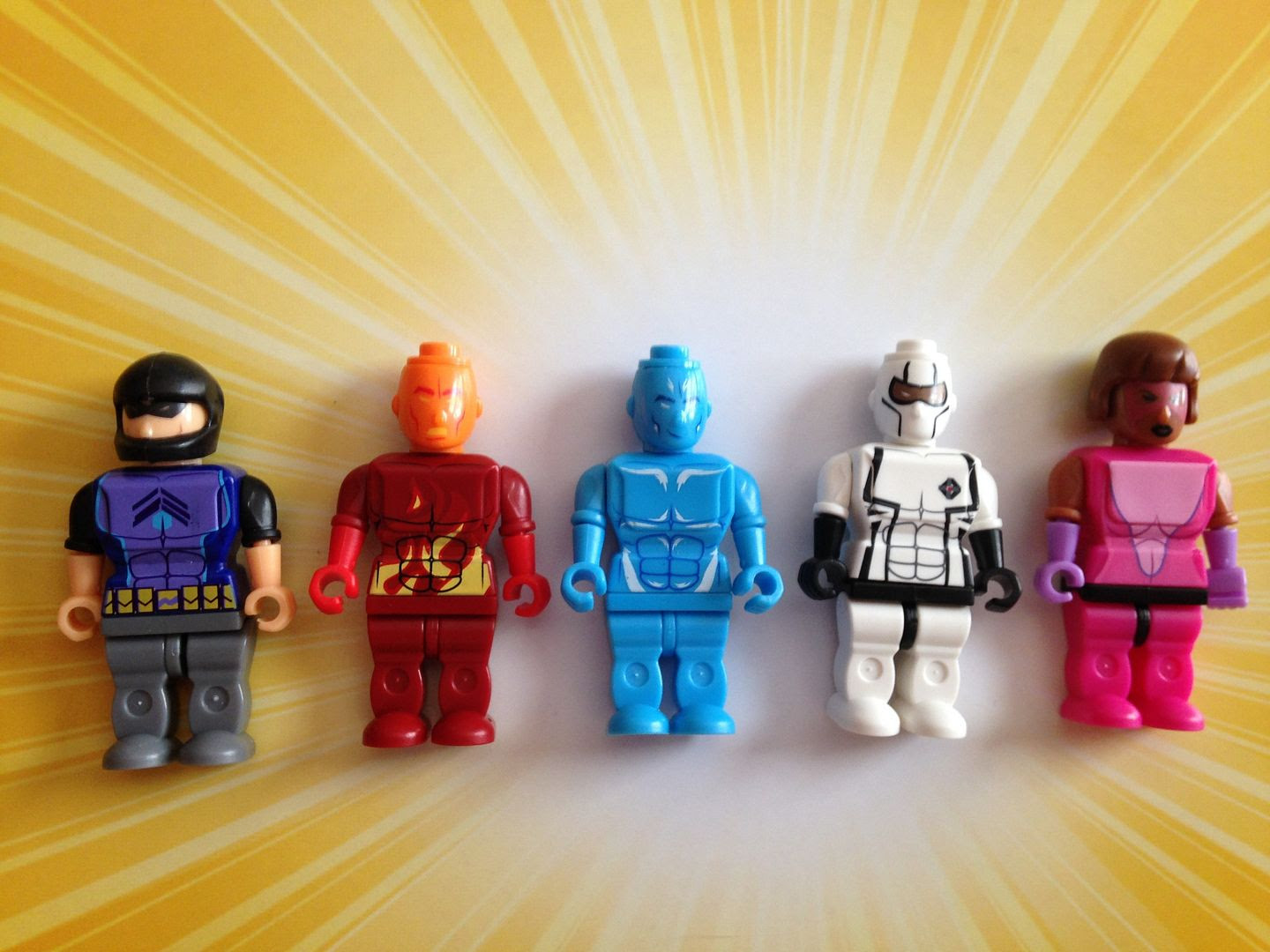 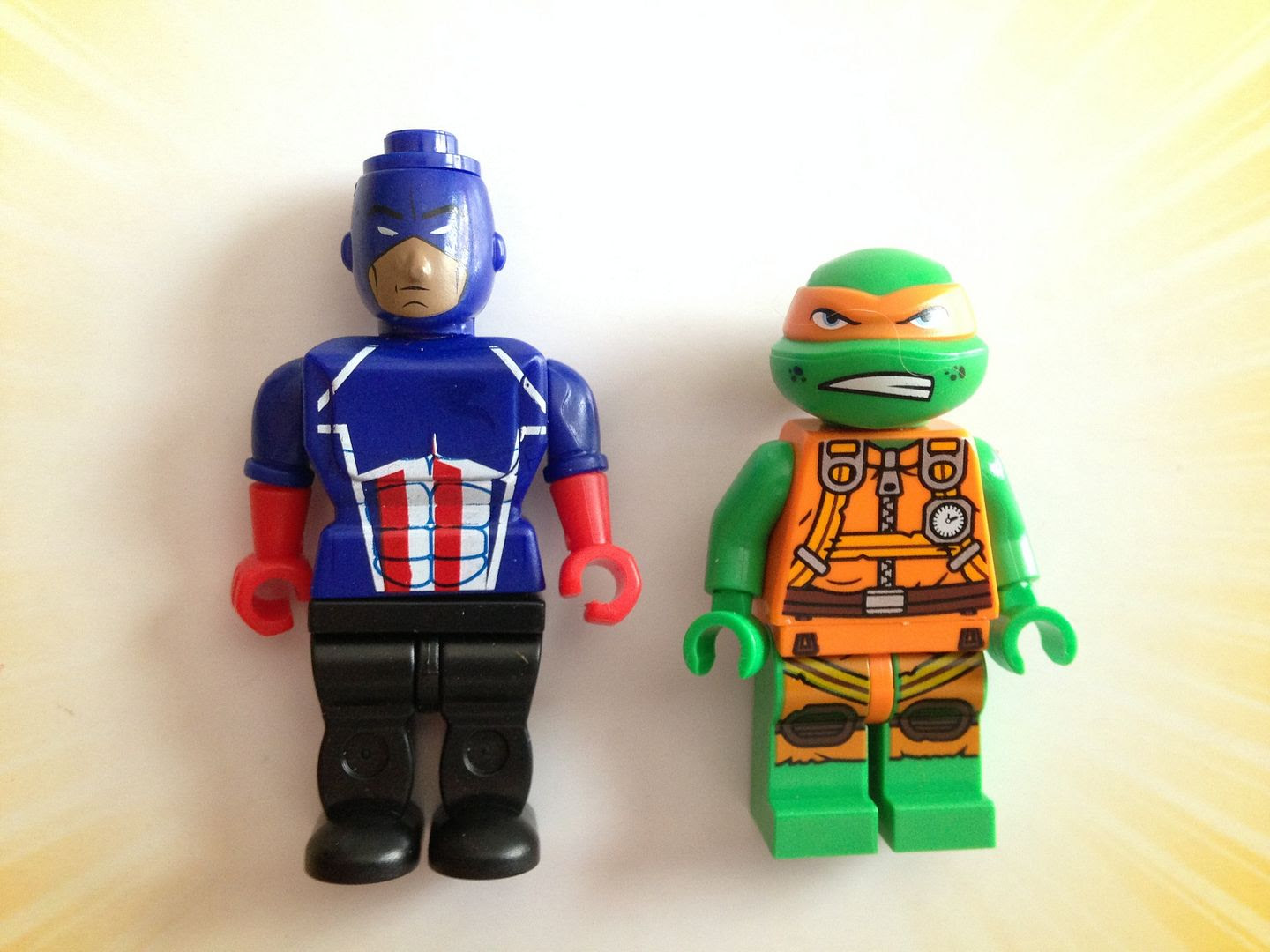 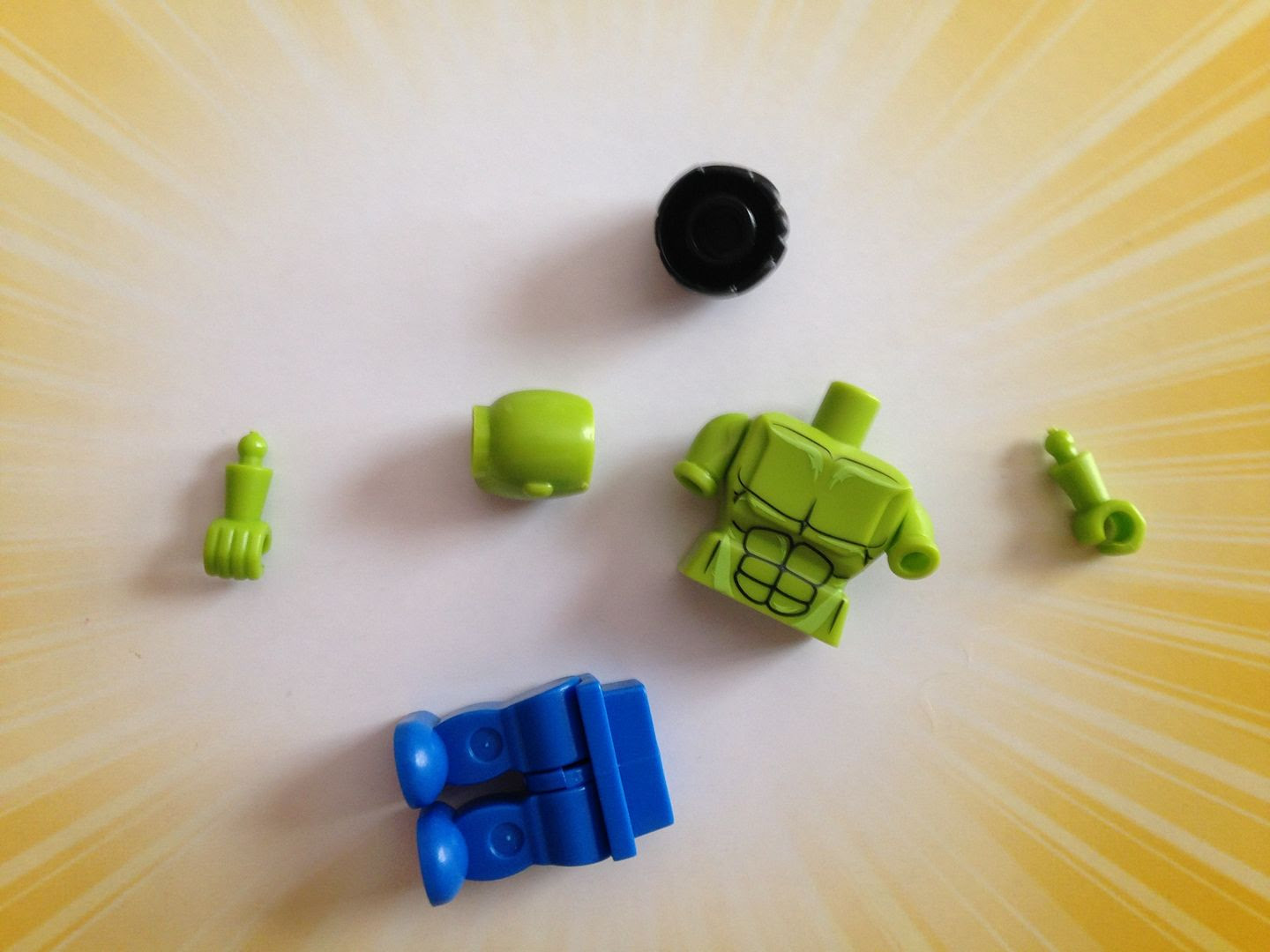 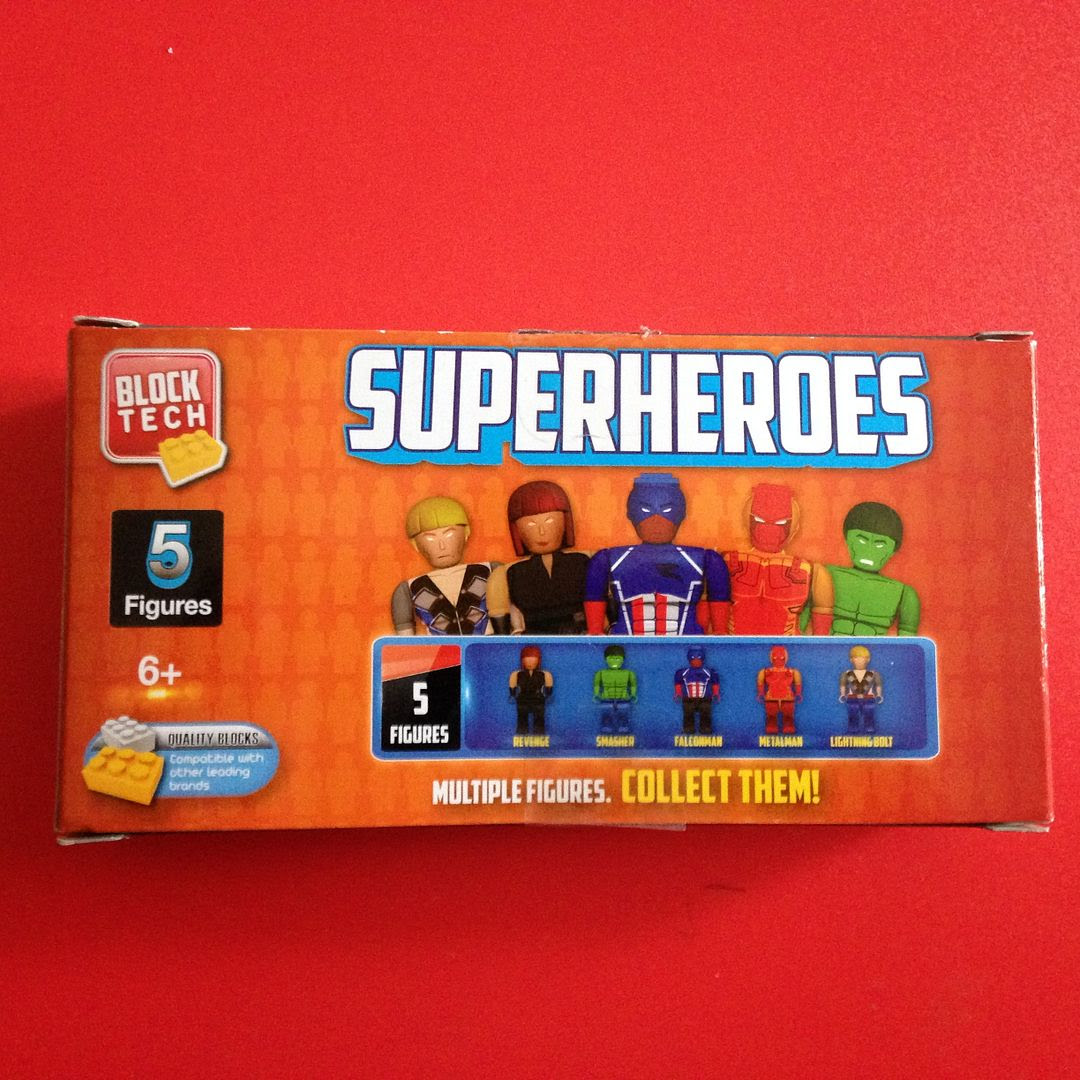 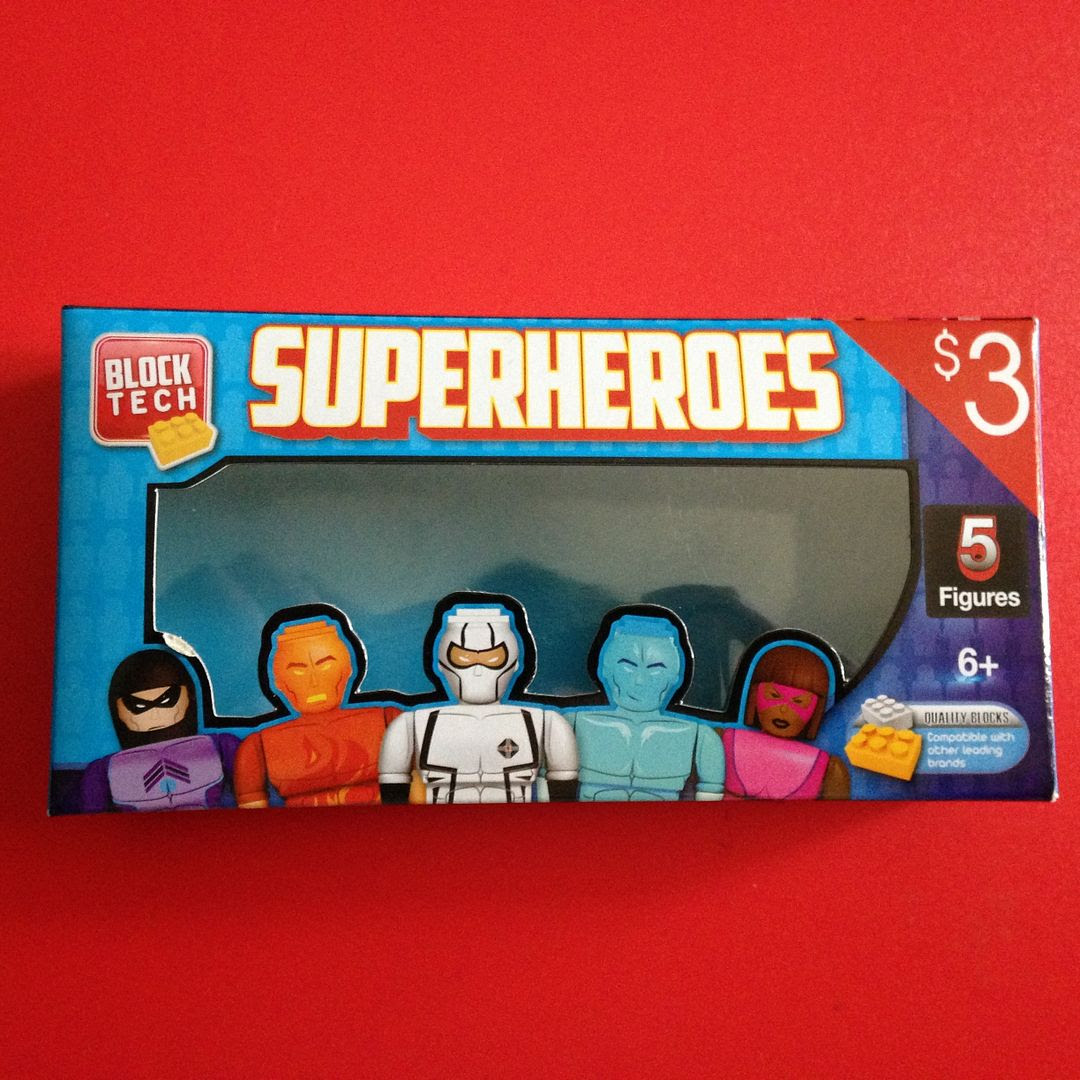