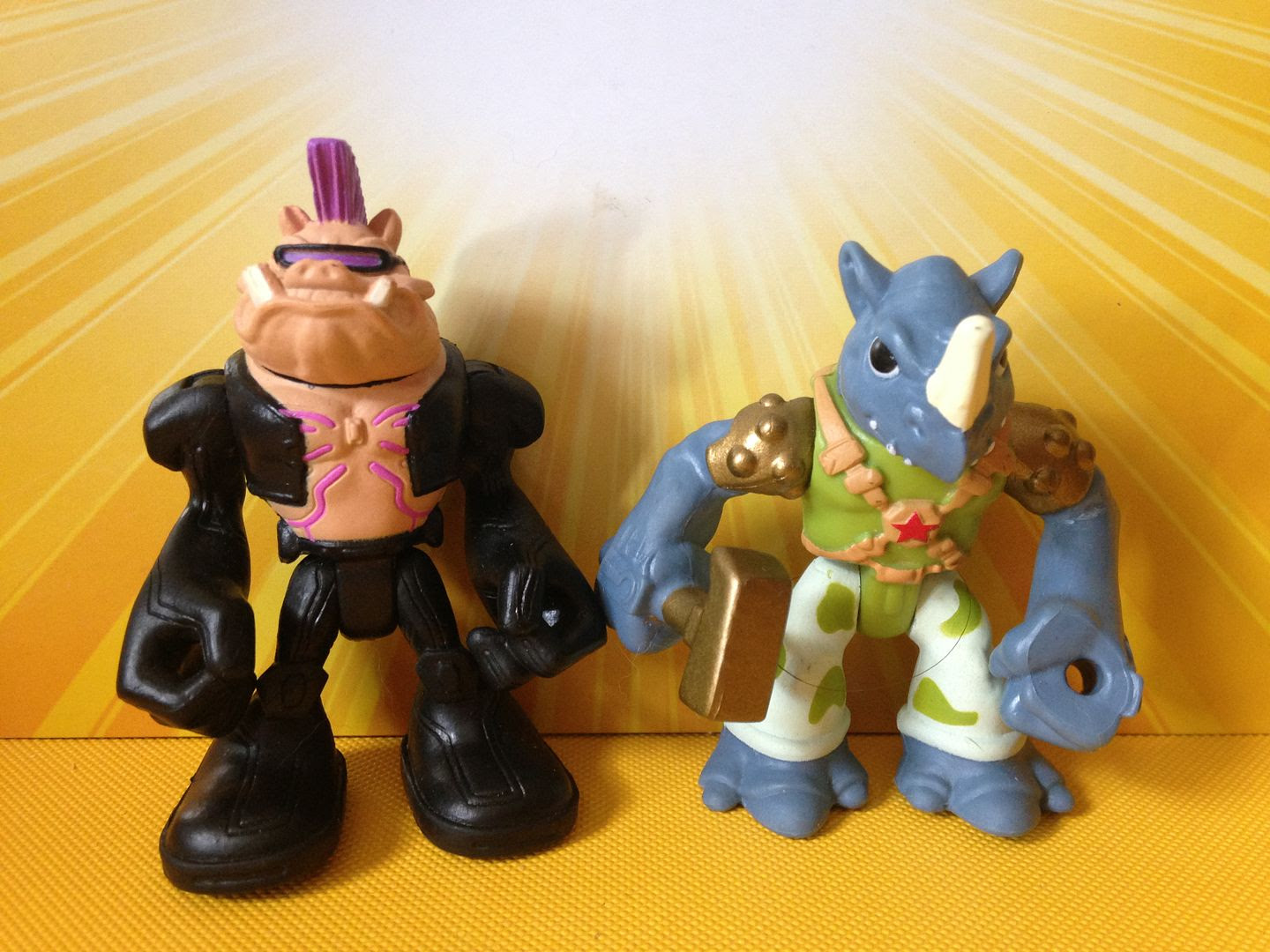 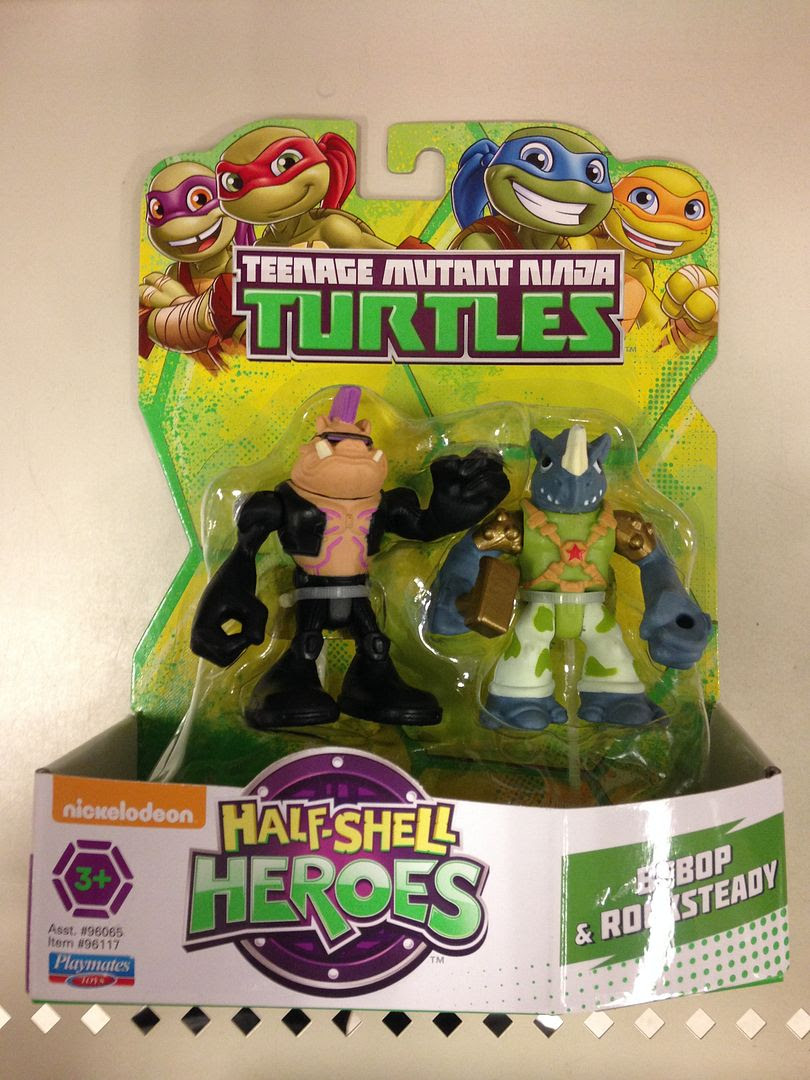 When we initially bought the four Turtles I figured that they could fight the other bad guys who were part of the Imaginext style lines and that if we found them in grab bags at Savers and the such or on clearance then that would be the best way to collect all of the rest.   That was, of course, until I realized that Bebop & Rocksteady existed as a two pack and what better two villains to put together than these two?   A duo that belongs together as much as any tag team in professional wrestling and, well, just read my review of their larger sized action figures if you're looking for more reasons as to why these two guys go together so well.

Staring back at me from the pegs in Walmart I knew these were two characters we had to own.   Everyone else can wait to be found at a reduced rate but these two are just the sort of characters that I would want in this expansive Imaginext collection- what Quentin calls "Batman toys"- even if we didn't have any other character from the Half Shell Heroes line including the Turtles themselves.    Yes, I would rather have these two as "Batman toys" than the four Turtles themselves.

We actually recently watched the episode of the new "Teenage Mutant Ninja Turtles" animated series where Bebop and Rocksteady first appear.    The handling of Bebop is not my favorite but I still believe you have to look at these two characters- these two bad guys- beyond what the show intended for children wants you to see them as.    On one hand, much like I want to put Leatherhead from this line up with Killer Croc from the DC Imaginext line (They should be friends, right?) I wouldn't mind putting Rocksteady with Marvel's Rhino as they have similarities as well.    True, this shows how certain characters can be related but I like to think of it more in a team up sense than a rip off one.

Now Bebop doesn't really have any weapons- which is all right- but Rocksteady does have his hammer.    I feel like one of the reasons why I really like these two as well is because they are such great reflections of smaller versions of their larger counterparts from the normal sized TMNT line.    It truly is like having the mini versions of themselves and being able to shrink down existing toys and put them into what Quentin calls his "Batman toys" seems like some sort of modern miracle that I definitely want to partake in.   Imagine being able to have all my toys to scale as a kid.   I'd want to shrink He-Man and such down to scale with the 3 3/4 inch G.I. Joes, but still.

It might just be me or it might be all fans of the Ninja Turtles, I don't know, but I just love these two little guys.    I'm not buying a lot of Ninja Turtles toys otherwise because I feel like someone stopped production on those Dream Beavers we were supposed to get (Imagine Dream Beavers in this size? I think I'd explode!) and those were next in line for me to really look for and try to buy in mass retail, as we've been mainly picking up other characters via Savers.   So I'm not really sure when the next toy review for TMNT will come but I just hope that Playmates knows what they have with this line of Half Shell Heroes and what it could become.  Plus, I'm just waiting for the eventual Mondo Gecko figure now.