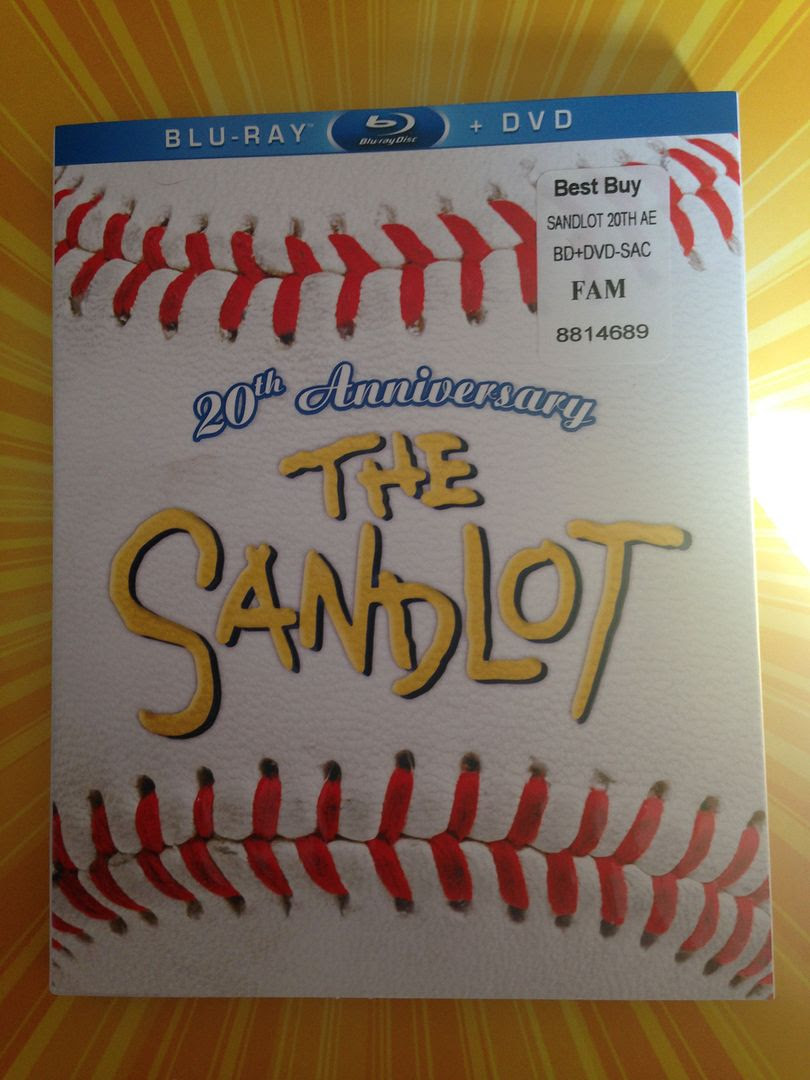 We had to walk through a Best Buy in order to get into the Holyoke Mall and as soon as we went in we saw these Blu-Rays for $5.   It's funny because maybe only a month before we bought "The Sandlot" on DVD from Target as it was normally priced at $5 but it was on sale at the time so we got it for a little bit less.   And yet, here before us stood a Blu-Ray and DVD version of the same movie for the same price.   We'd be kind of stupid not to accept this offer, right?   In the sense that Target sells the DVD for $5 this is like getting the Blu-Ray for free, so even though we already had the DVD this was too good to pass on.

Once we got home and I opened this up- some days later- I was rather surprised to find a small pack of trading cards (ten in total) based upon the movie.   Nothing on the outside of the package mentioned this, but yes, this Blu-Ray/DVD combo did in fact come with Sandlot baseball cards.   Had I known that, I wouldn't have thought twice about buying this.   Heck, I would have paid the $5 just for these baseball cards but you're going to tell me we get the movie as well.    This might possibly be the best deal I've ever found and especially when it comes to movies and specifically "The Sandlot", this is the only way to go.   Blu-Ray + DVD + ten pack of baseball cards for $5.   You simply cannot beat it. 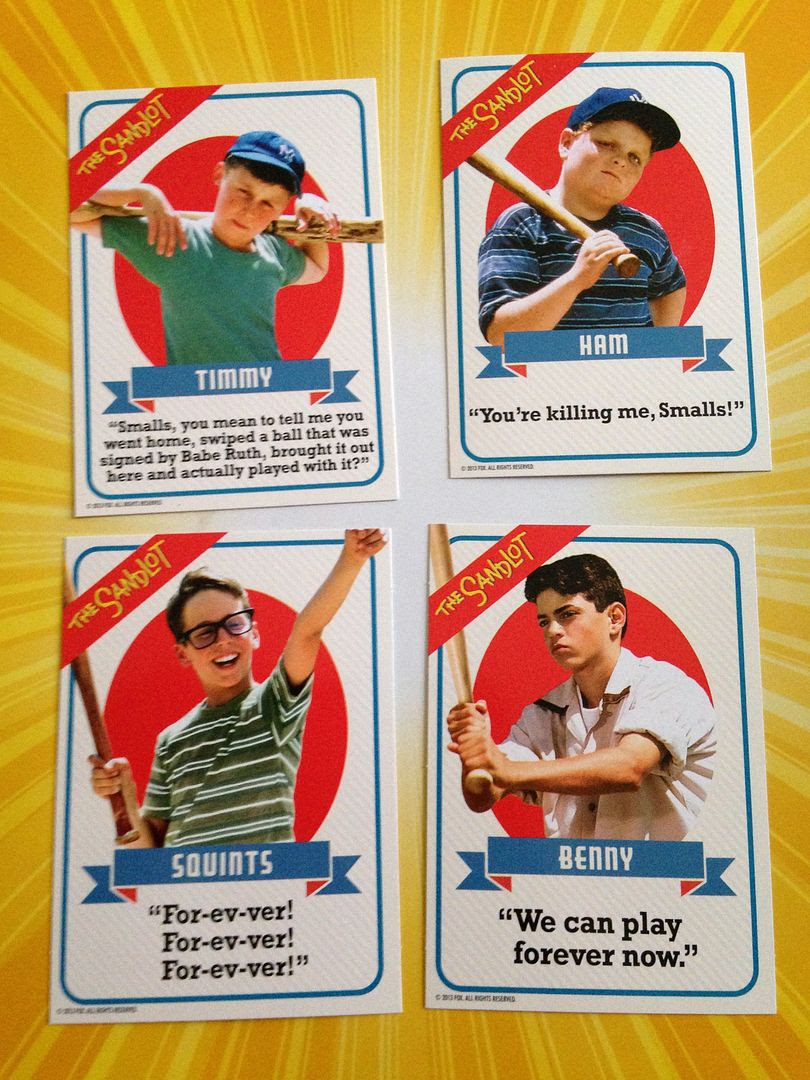 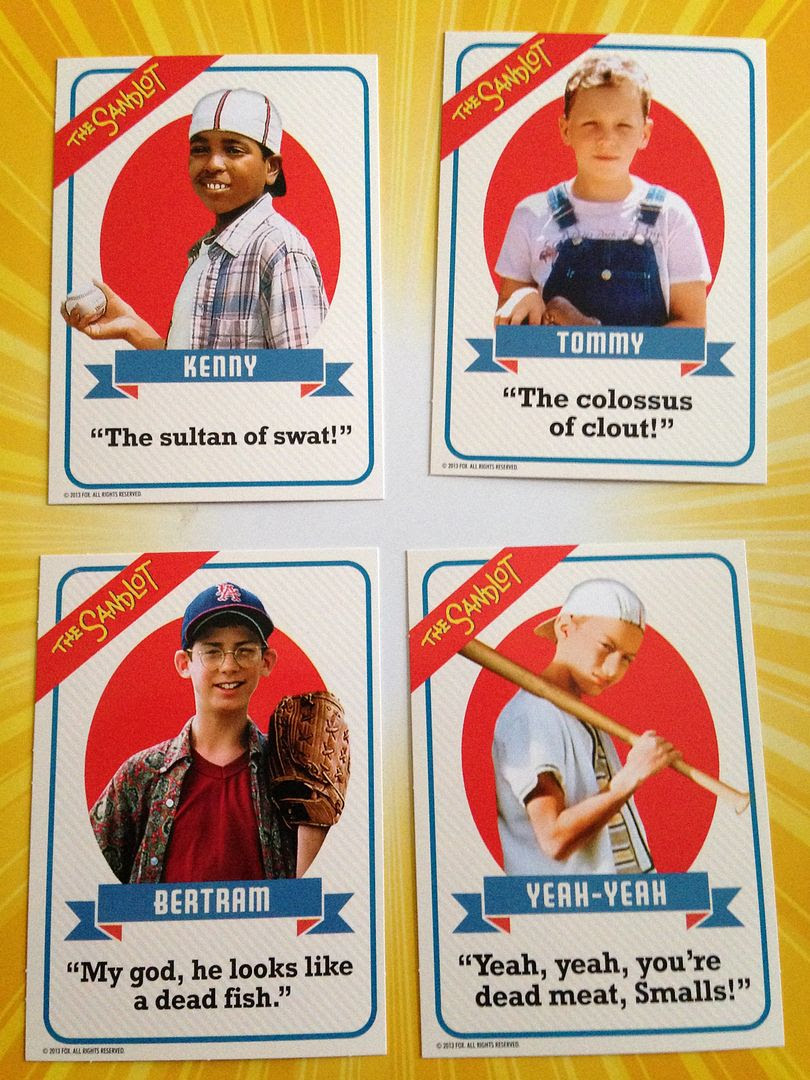 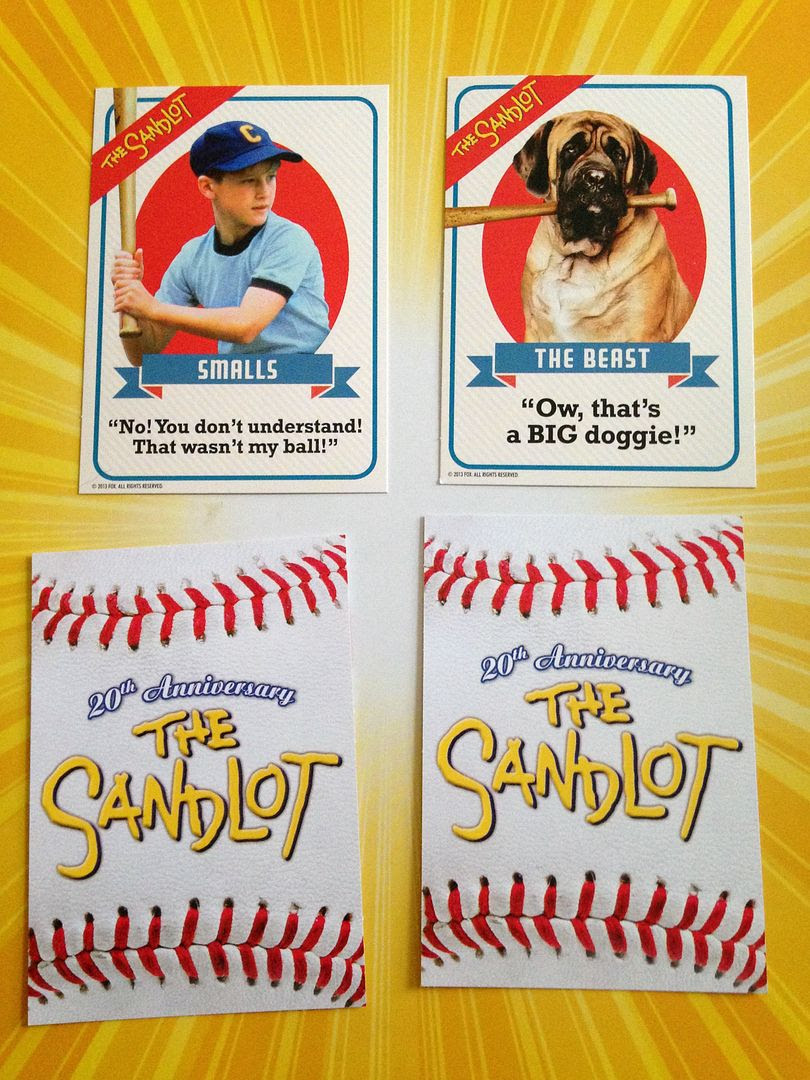 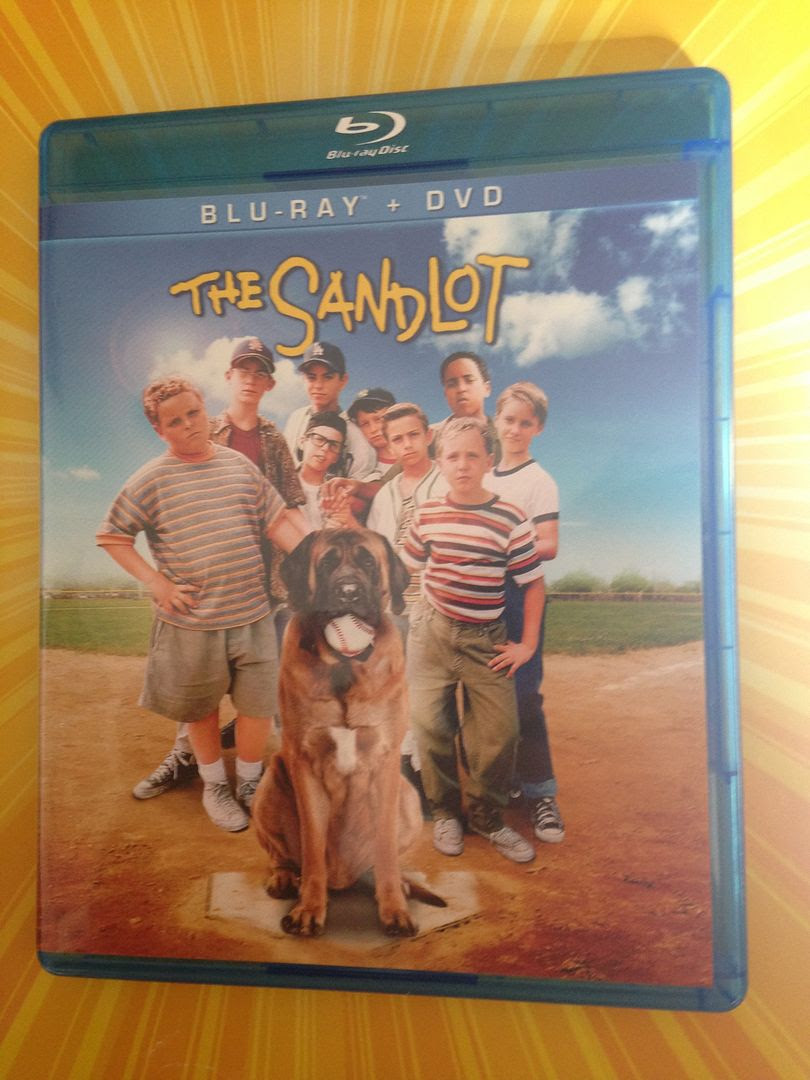 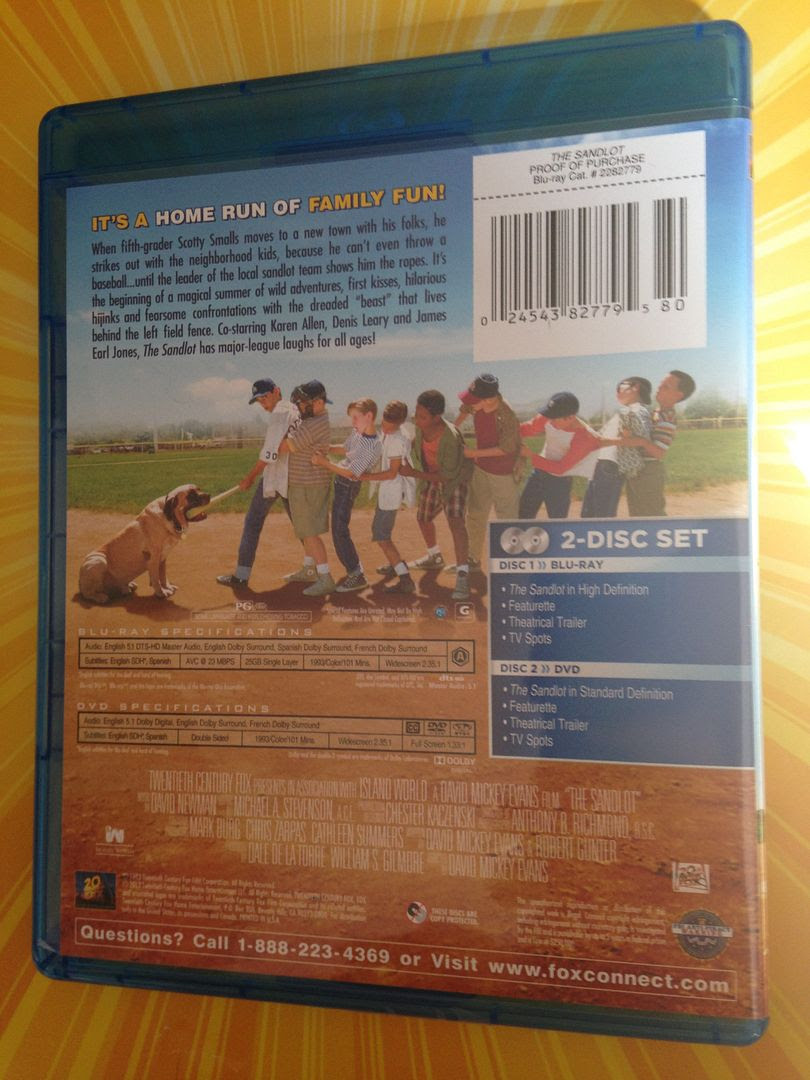 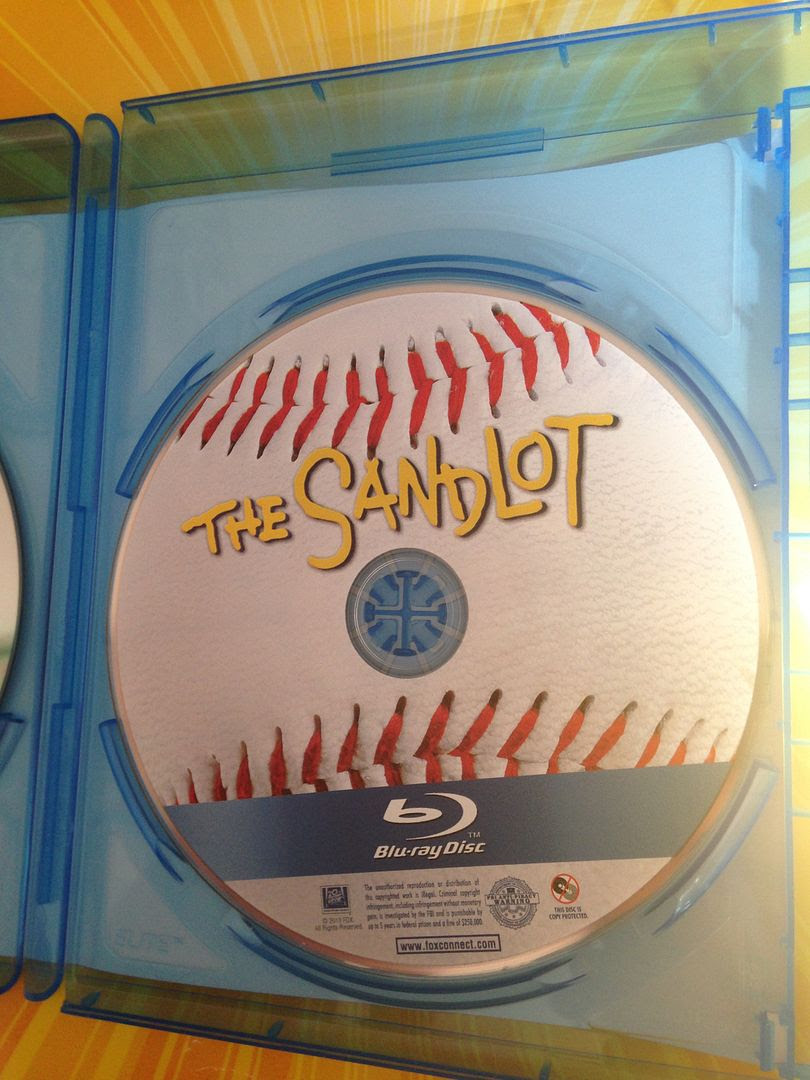 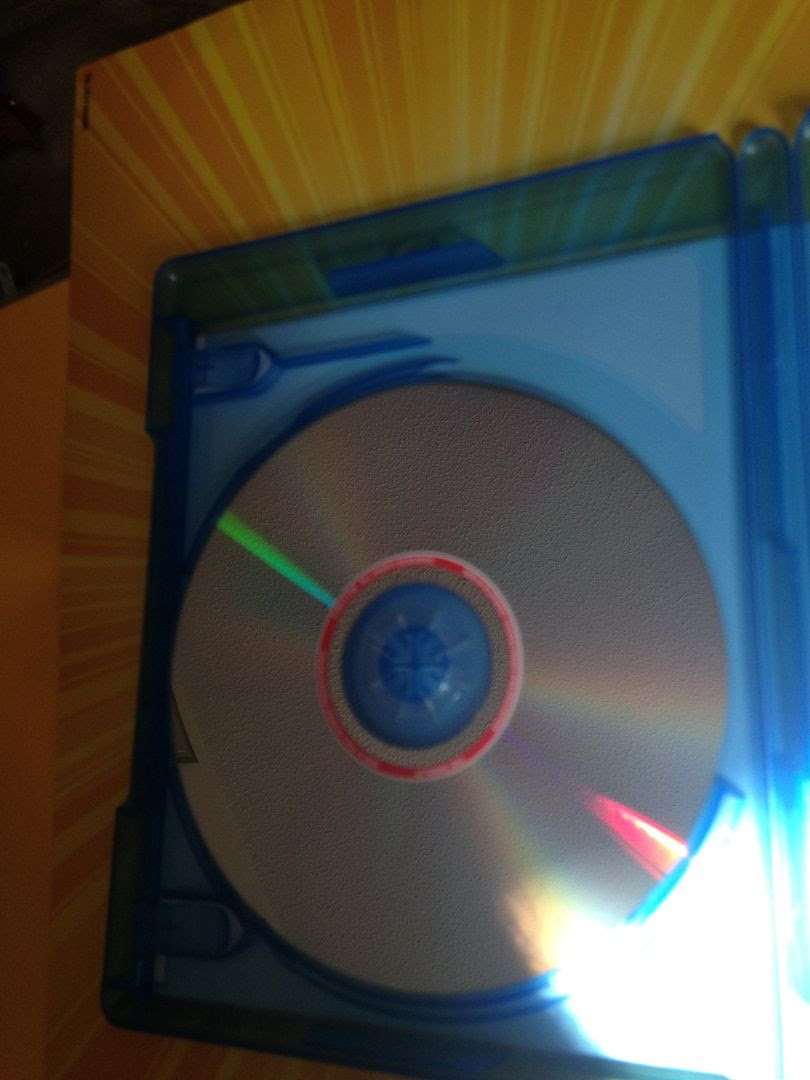