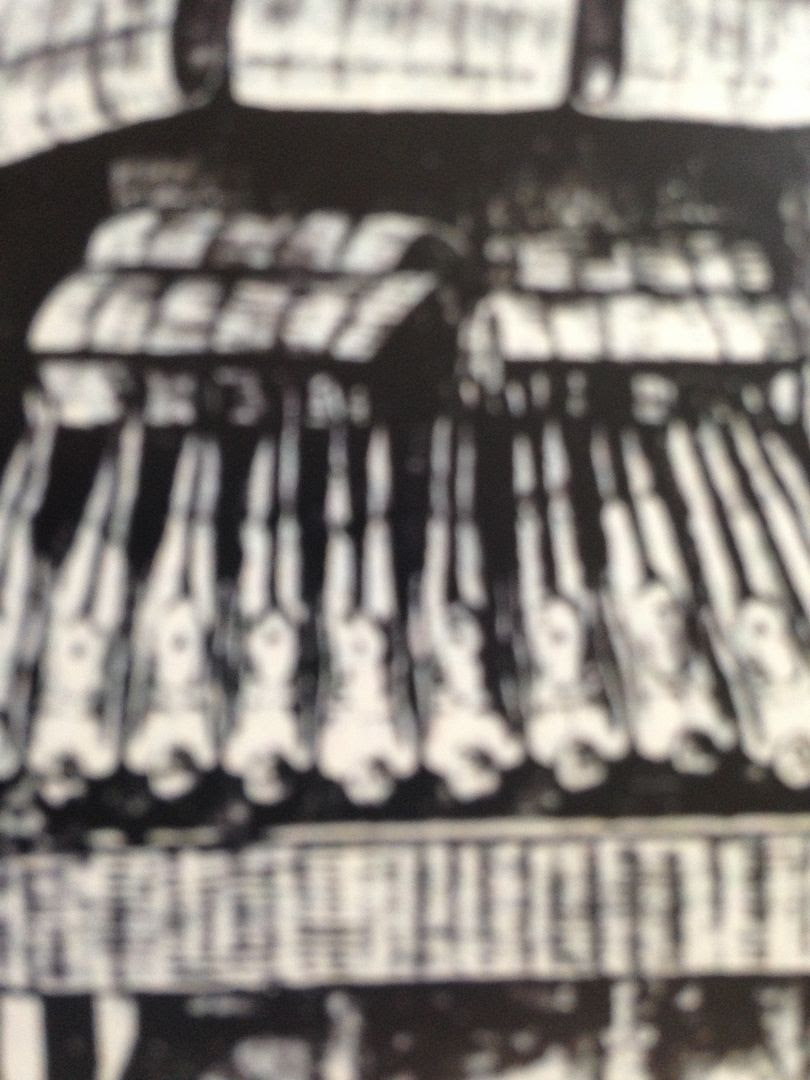 The very first time that I heard Hollowfonts I knew this music would be in a class of its own.   It's pointless to try and compare Hollowfonts with other artists-- just listen to at least one piece by Hollowfonts, you'll be hooked and you'll understand what I'm typing about when I tell you things about it being ambient and, um, hollow.

"Black Brass" opens with an ominous feel.   Hitchcock type of strings can be heard to add to the tension.   Clicks come out next which sound like crickets in some ways but there are also these footsteps type beats and it makes me think I'm at a basketball court.   I just picture myself being inside of the shiny floor, the sound of feet scattering, the ball bouncing, and then between the referee's whistle and the sneakers come the squeaks.   It actually paints a rather interesting unintentional picture and, no, I don't recall the last time I was in a gym type setting watching a live basketball game so I'm not sure how that came into my mind exactly.   Through Law & Order vibes come haunted screams which feel somewhat muted.    It's a little screechy but there are also whooshes as it builds to a close.

The sounds come right back as we are into a similar array of sounds just in different patterns.   It has that boiler room and static feel to it as well before Side A comes to a close and we venture onto Side B.    I've noted that Side B opens as both haunted and hollow, as well as ambient, but these are words you just need to come to accept as being related to the music of Hollowfonts now without my even typing them.   (Much like the way if I don't type about the vocals or lyrics of a cassette you must assume it is without though I'll never outright type the word "instrumental")   Through crashes comes some sharpness followed by synth drone.   A serious tone builds up and then we begin to hear what I can only describe as rattling in space.   This brings about a tribal type of rhythm with actual ocean sounding waves crashing in the background.    Through killer guitar riffs the end comes in some sort of electronic rock melody which reminds me of a darker version of "Rock Me Amadeus".

I believe this is my third time reviewing Hollowfonts on cassette but it already feels to me like Hollowfonts is such an established artist that the Bandcamp page is full of twenty different releases, most on cassette, some records, a CD or two, and even some of them are splits with established artists as well or just artists we hadn't heard before then.   So to think that Hollowfonts is where I consider a lot of my favorite artists to be even though maybe the back catalogue isn't quite there is rather impressive.   I'm calling for a Hollowfonts/Lost Trail split cassette right now though.   That would be awesome. 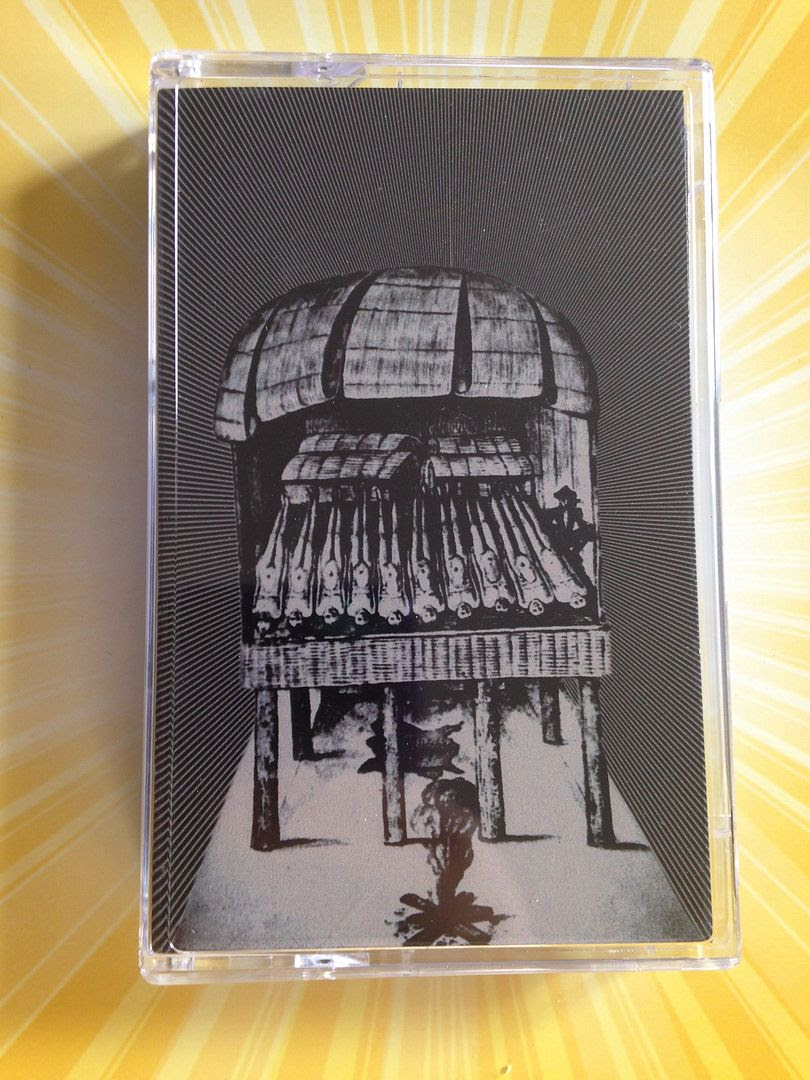 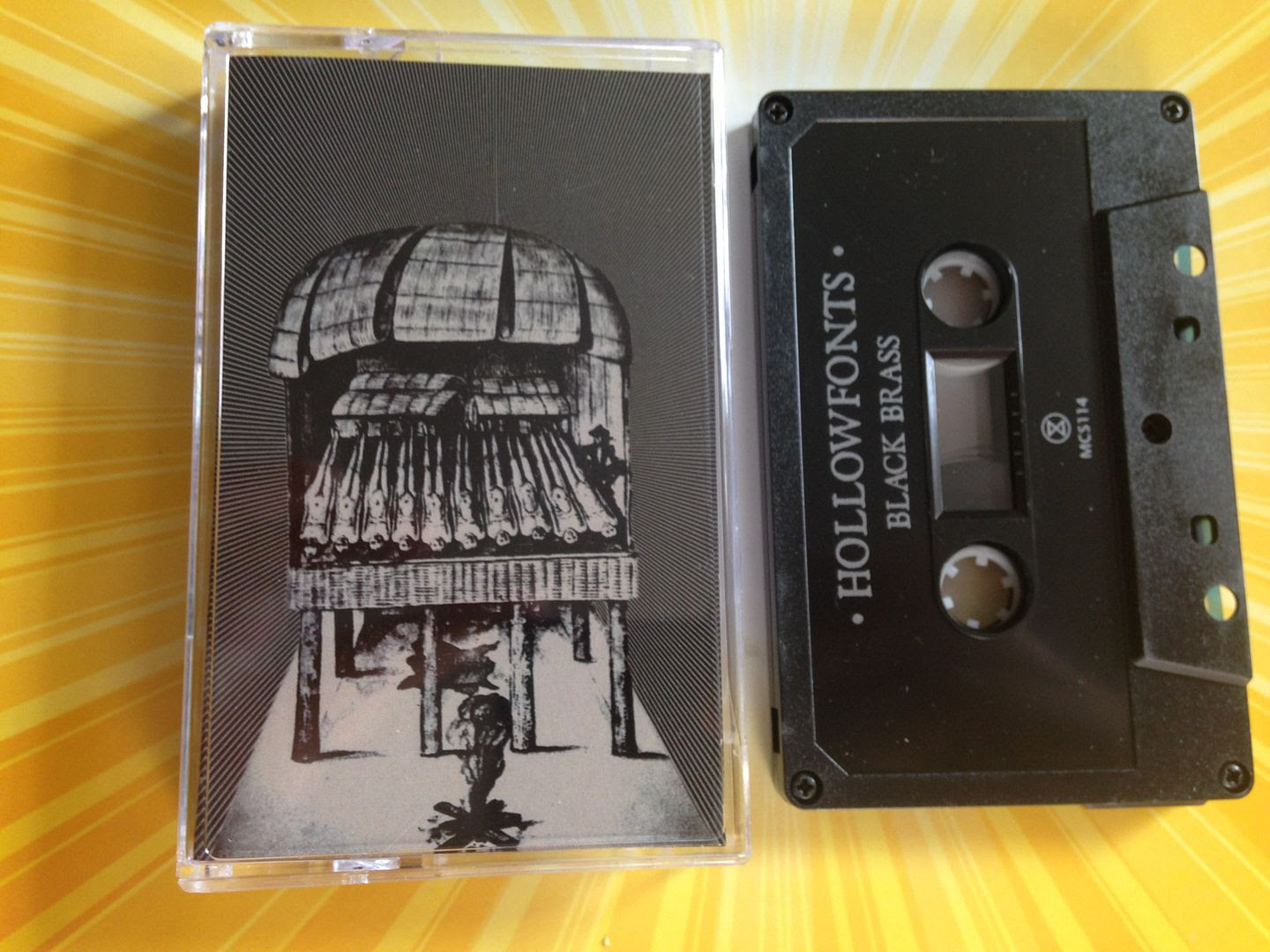 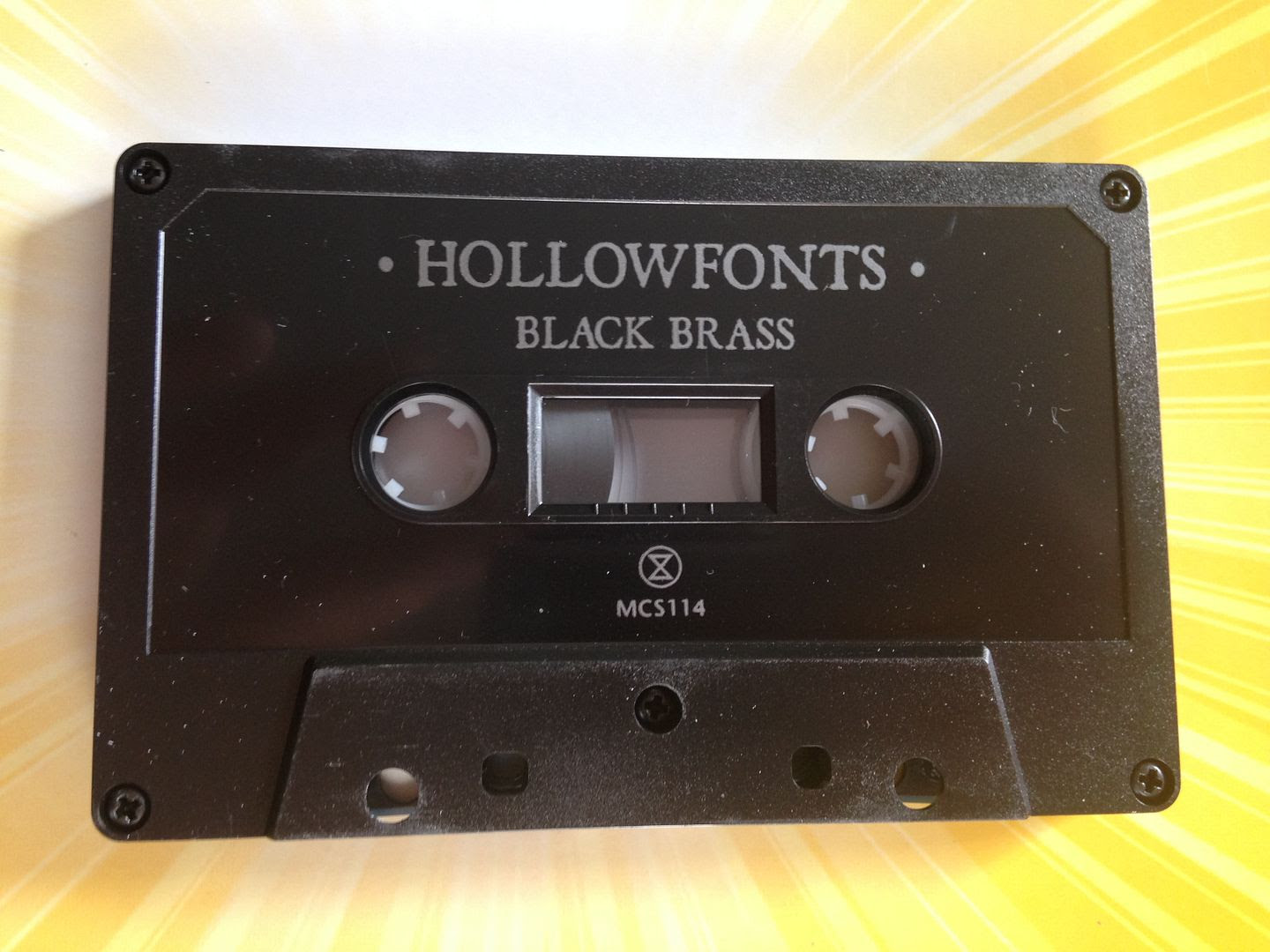 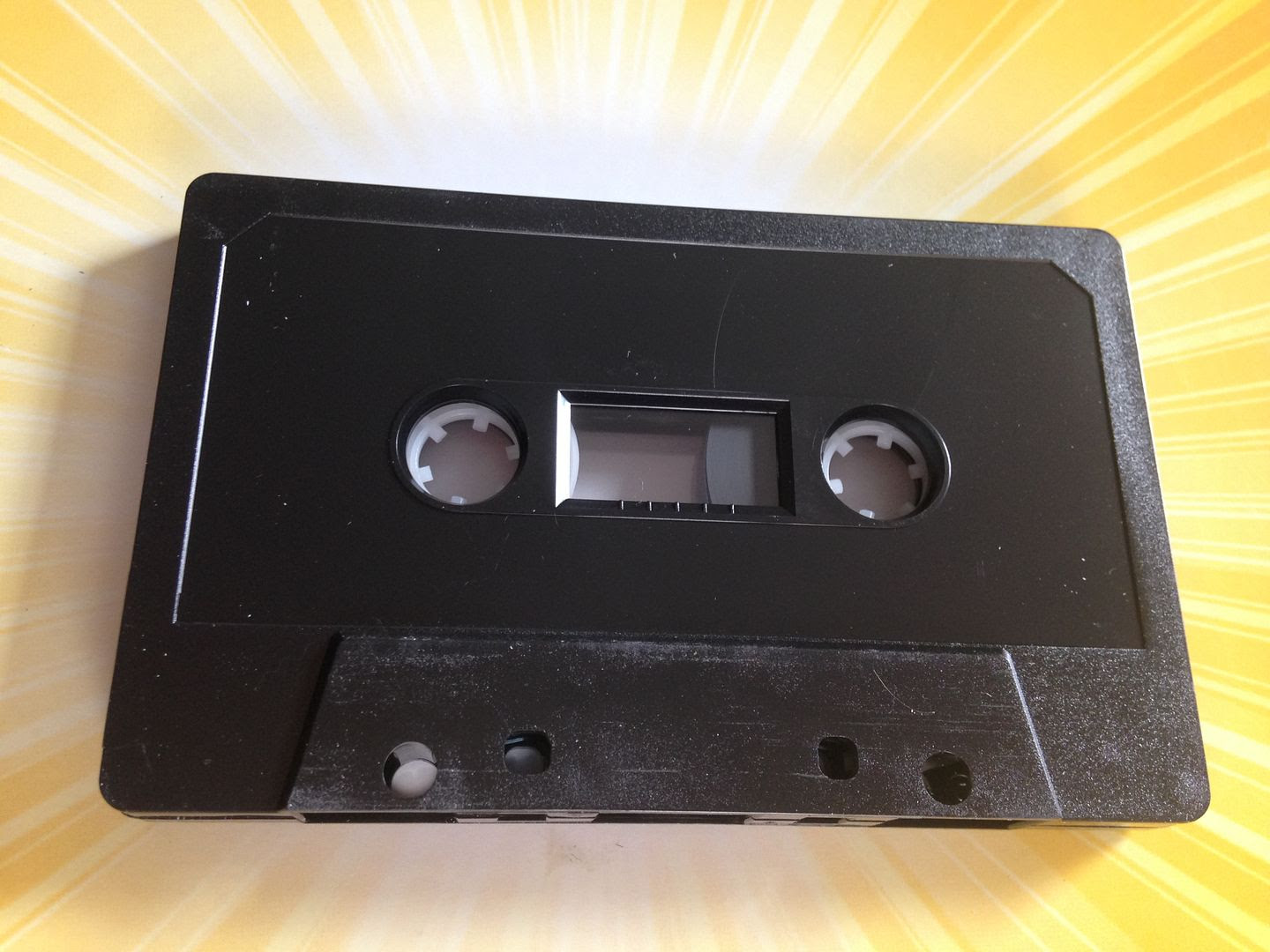 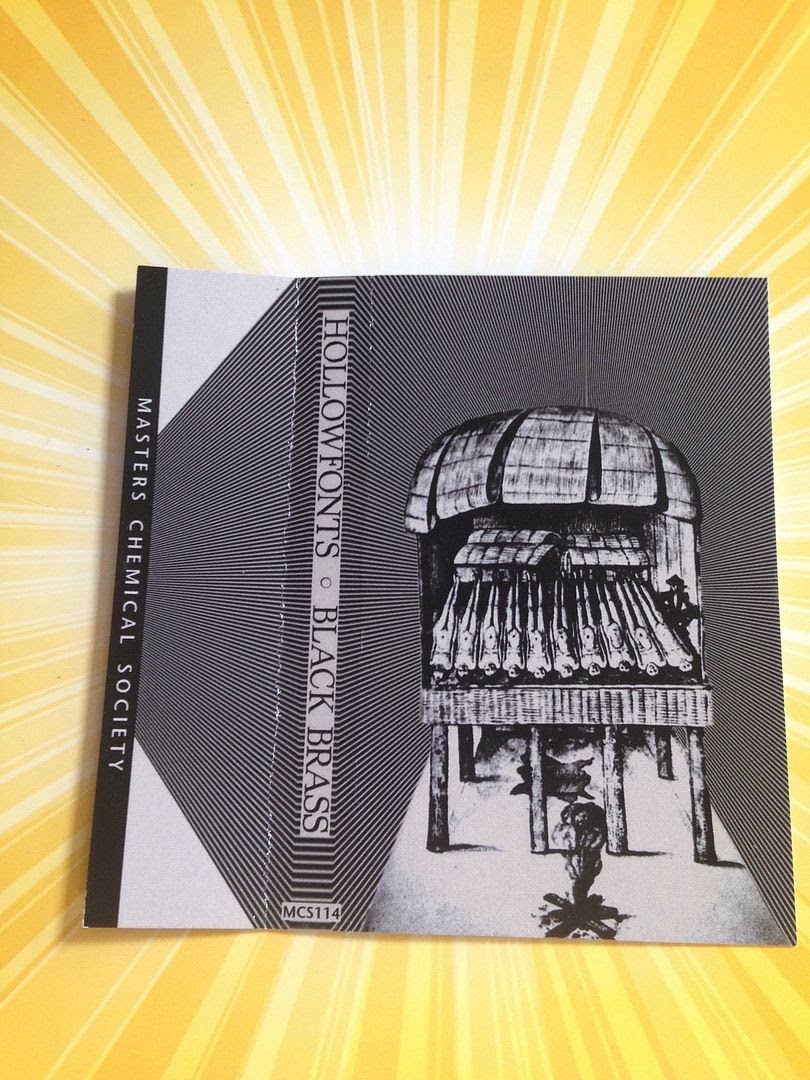 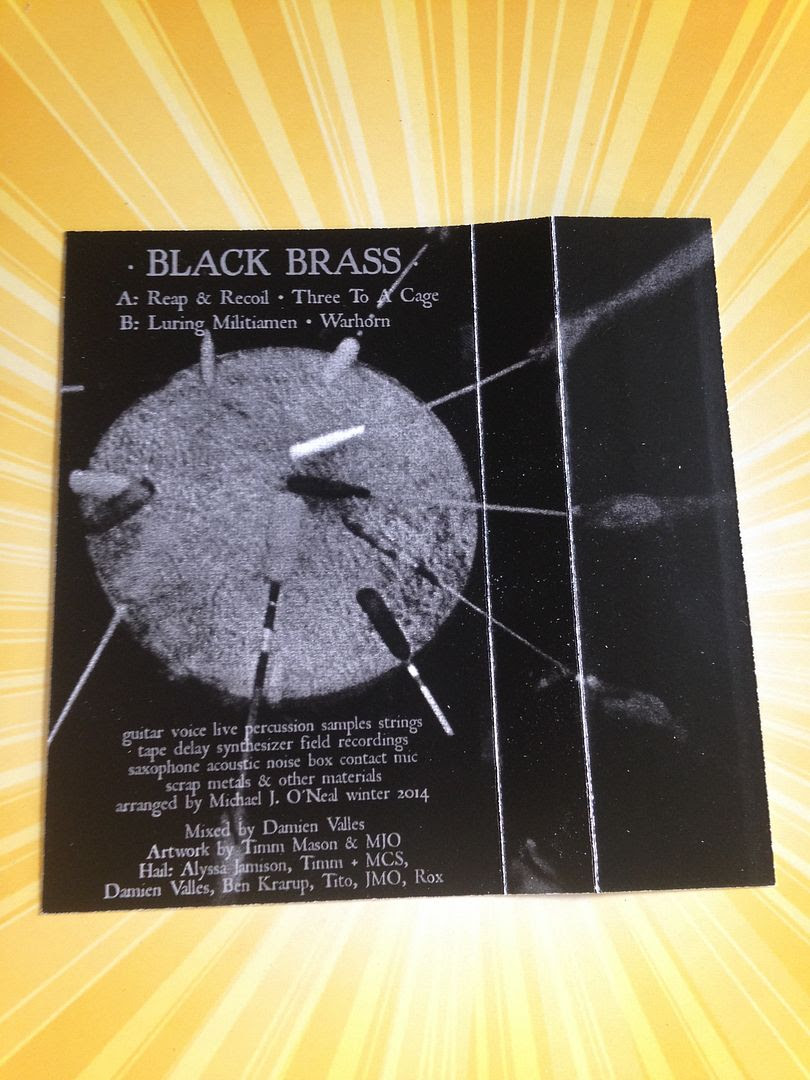