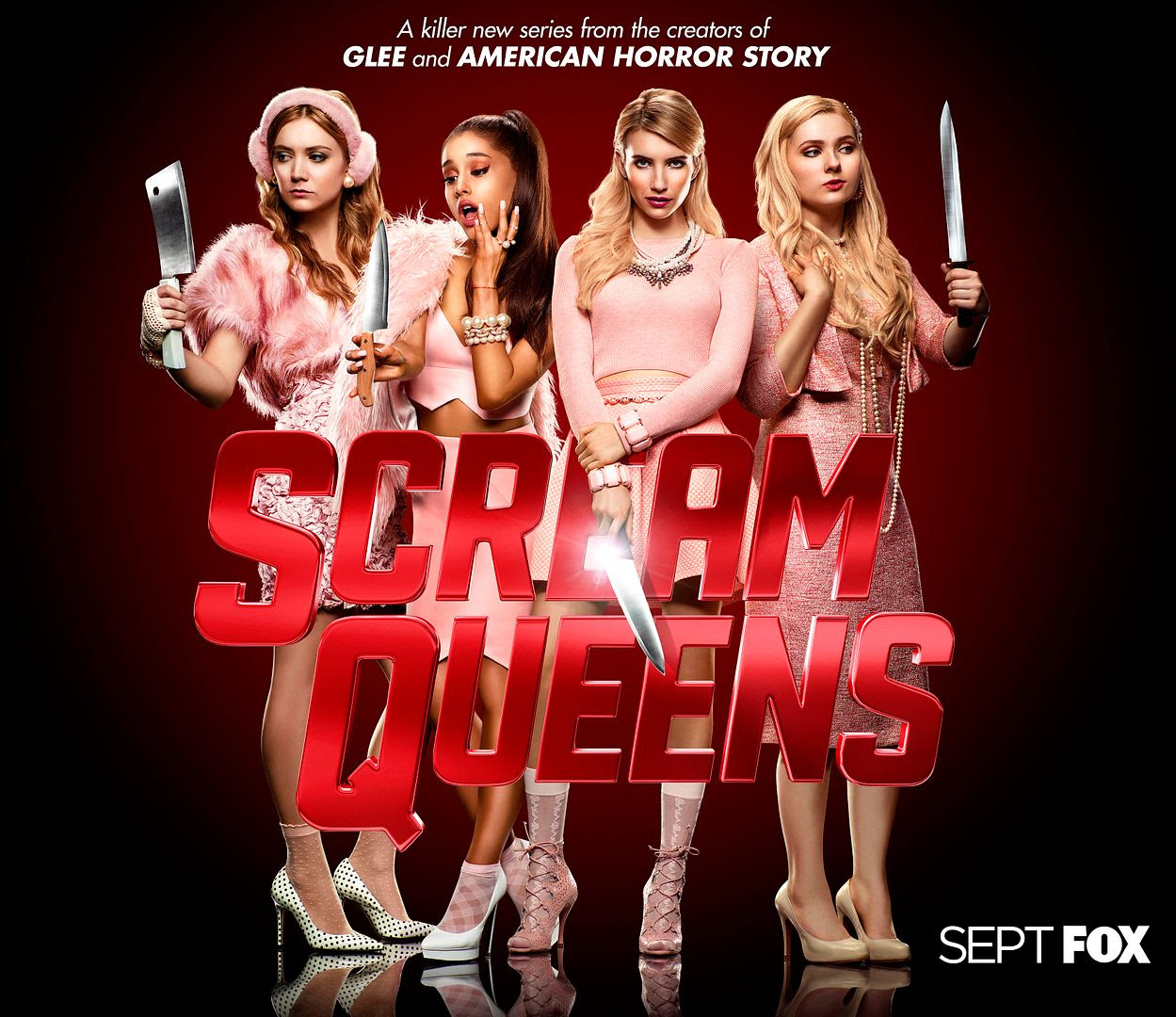 While watching some of our returning shows on Hulu (Mainly "Gotham" and that Sunday night Fox block) we kept seeing ads for "Scream Queens".   My wife wanted to start watching it because of Niecy Nash and I thought it looked okay so I said let's give it a shot.  On Hulu, technically, the first two episodes only count as one, so on Hulu I'm only five episodes in but per iMDB there have been six episodes thus far, about halfway through the first season, so I've decided to type some words about it rather than do an episode-by-episode review (no time for that, sorry) or a summary at the end of the first season.

The easiest way to describe "Scream Queens" is that it is either brilliant or stupid but the fact that I keep watching it tends to make me think it's more of the first.   During the most recent episode, for example, the girls are seen dancing- because that's how you end a slumber party- as the Red Devil Killer looks on outside the window.   As much as that makes me think it's cheesy, I kind of want to see a number of these girls picked off one by one, week after week, and let's face it, isn't that what a horror movie is about anyway?

The best way to describe the plot of "Scream Queens" is that it's a bunch of girls being slowly killed off and they are all in the same sorority, though something once happened there many years ago where a baby was born, the mother died and no one knows quite what happened to the baby and so this is what is unfolding as part of the mystery.   Really, through all of the comedy, drama and action this show is overall a mystery waiting to be solved.   But it's not as simple as a killer waiting to be revealed-- it's about why the killer is killing and what happened with that baby all those years ago.
Though I never take the show too seriously because then you think back and remember they had a character once named "Deaf Taylor Swift", but she was buried in the dirt up to her neck and met her death by being run over by a lawnmower, which might seem gruesome but was really kind of cool.     While some of the pledges in this house are outcasts, the main girls make me think of "Mean Girls" and, I mean, really, who hasn't ever thought about "Scream" and "Mean Girls" crossing over together?

My only concern with this show is what they will do after the first season.   As main cast members are decreasing in number, I would assume that the killer and the purpose behind the killings would be revealed by the end of this first season.   Regardless of who it is revealed to be (Predatory Lez "knew it") and how they explain this whole thing, I'm just wondering what that means for a second season or if there were ever even plans for one.   The one thing I do know is that I will continue to watch "Scream Queens" until it the end of the first season because, you know, closure, but if the show is somehow able to pull off a season two that might be the greatest mystery solved overall.   (Keep in mind, at the end of "Orange is the New Black" Season One people said there was no way they could make a second season.   Hopefully "Scream Queens" will end in a way which leaves us open for a second season because it's one of my favorite guilty pleasures right now)