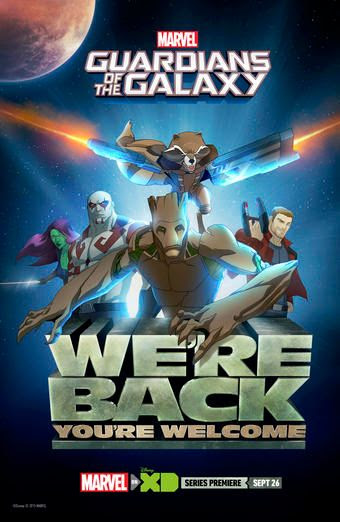 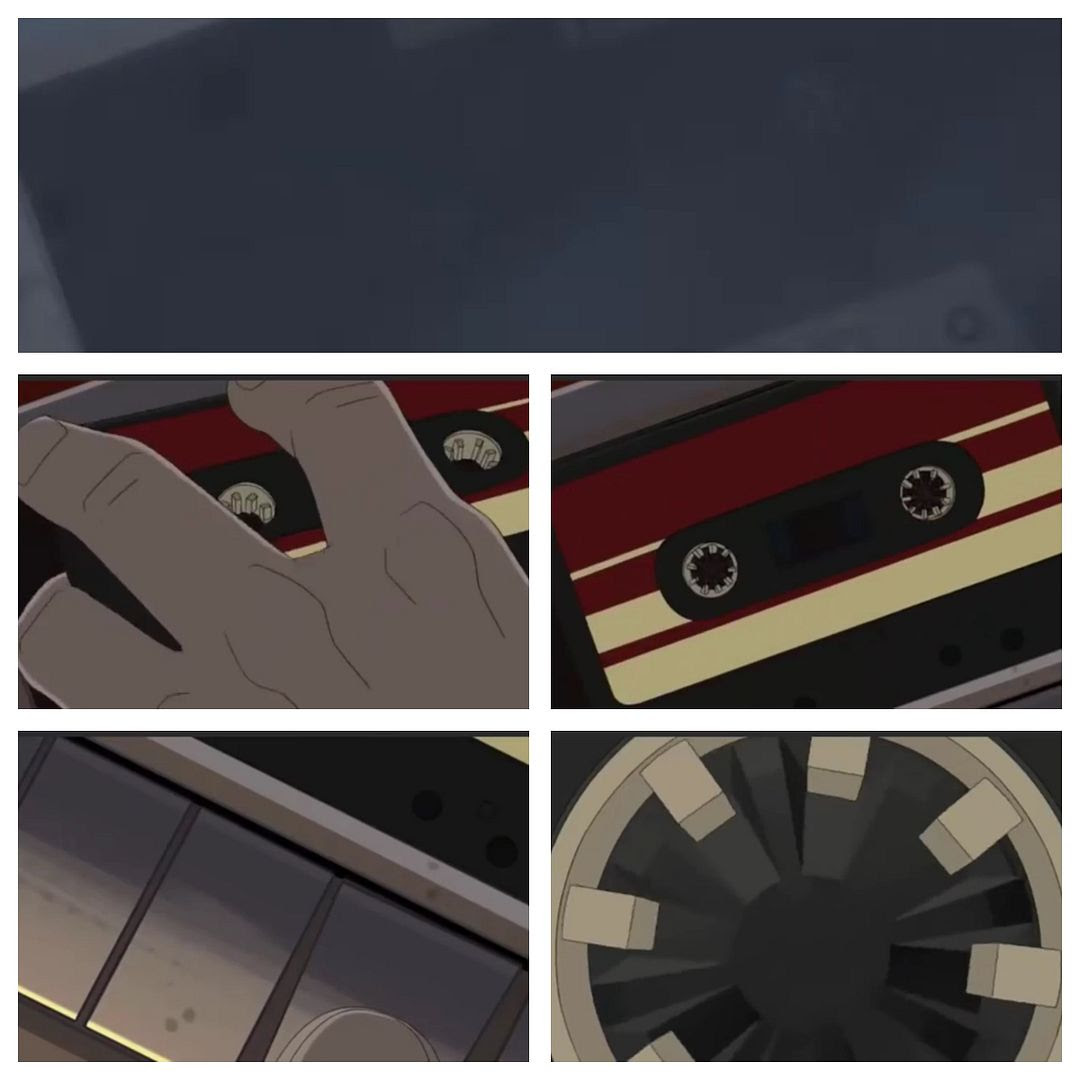 I've always been a fan of all things "Guardians of the Galaxy" and after seeing the movie Quentin has decided that it is his favorite movie.   Putting this animated series on for the first time was perhaps most fun just because I was watching Quentin's face as he tried to figure out how the characters he knows and loves were acting as cartoons.    I'm trying to think about when I first felt this way as a kid and all I can come up with is when "Bill and Ted" had their own animated show.   (Yes, I watched it.  I even ate the cereal)   You have to imagine that given the world of Marvel there are enough adventures for these characters to venture on that these episodes couldn't possibly be bad based upon the plot.   So going right into it, there are a few things I'd like to discuss before we get to the actual episode.

The first thing you will probably notice with this episode is the voice cast.   Obviously the actors from the movie are not going to return to this for whatever reason (I want to say money, but it feels like if Disney has Chris Pratt under contract as Star Lord he should have to voice the character here as well, but when they have the Avengers in animated form the same rule applies as the movie actors aren't their voices) but for me that isn't the biggest of deals.   They all kind of have their own sort of voices now and though it might seem a little bit off at first, eventually they seem comfortable and though I've only watched the first episode as I type this I'm sure it's one of those things where we will ultimately come to love and appreciate the way these characters sound because they aren't overly annoying and you just have to separate the animated from real life in that way.

When I think of the voice changes from movie to television, of course "Kung Fu Panda" comes to mind right away as Jack Black does not voice Po in the Nickelodeon series but yet it still sounds exactly like Jack Black.   I think I'd feel worse about these voices for "Guardians of the Galaxy" if someone was trying to do their best Bradley Cooper impression.   While Bill and Ted (who I mentioned before) maintained their same sense of style in animation, the Guardians of the Galaxy do as well but they just sound slightly different.   It just works but yet also creates a difference between the movie and animated series which I enjoy.    I'm not sure why I like to think of the two as separate but I just do.

Another thing you might notice on this series is the animation style.    Back in the Disney day, a lot of their animated shows looked the same.    They didn't all look *exactly* the same, but it wasn't strange when Lilo & Stitch crossed over with "The Proud Family" or "Kim Possible".   (See also: "Dave the Barbarian")   It was just like they had their own Disney Animated Studios and so a lot of the shows made around the same time looked the same.   And it was never a problem for me.    But "Guardians of the Galaxy" doesn't have that same feel to it.    It's not in the same animated realm really as any other series I can think of right now.   In some ways it kind of reminds me of when they made those animated Hellboy movies, but that's the closest I can really go with it.     The world in which "Guardians of the Galaxy" exists has already been established on screen via the movie, so you just have to imagine this as an animated version of that.

For the episode itself, there is action, humor and lots of things blowing up.   Star Lord takes the team on a mission to rescue Yondu without their knowing it and then Yondu ends up using Star Lord as a pawn in a game all along.   It's those double-crosses around every corner you've come to expect because, well, they're Ravagers.    When Star Lord says he doesn't mind the name Guardians of the Galaxy but wants them to have a battle cry (I assume along the lines of "Avengers Assemble!") the first choice is obviously "I am Groot" but later on Rocket's idea is "Let's blow stuff up" and I like that.    As much as I find myself invested in the plot and watching all of the action (Quentin always gets excited for the big explosions) I find myself laughing just about as much, and so for that this does remind me of all of the things which I loved so much about the movie right from the first episode.

It is also worth noting that at least two songs from the movie soundtrack appear in this episode because I guess since DIsney licensed the rights for them for that soundtrack they can still pay to use them here as well.   It's kind of strange hearing an actual song which you might hear on the radio in an animated series (I realize shows that are on "prime time" would do this with "modern" radio songs for their "ratings") and I really felt like they would have hade some instrumental sort-of-but-not-the-same-song type of deal here, so yes, the music also impressed me even though perhaps maybe it should not have because, um, Disney has money.

If you are a fan of the movie, the comic books or just cartoons then you need to be watching this show.   This episode focused a lot on Star Lord with a little bit of Rocket and Groot, and then everyone else kind of in the background with only a few lines of dialogue here and there.    This might seem bad right now, but the fact that there could be an eventual episode which revolves around Drax or even just an episode focused more on Rocket and Groot leaves me hope that with this many characters in the cast the adventures seem endless.

The original sequence of photos which lead to the top image 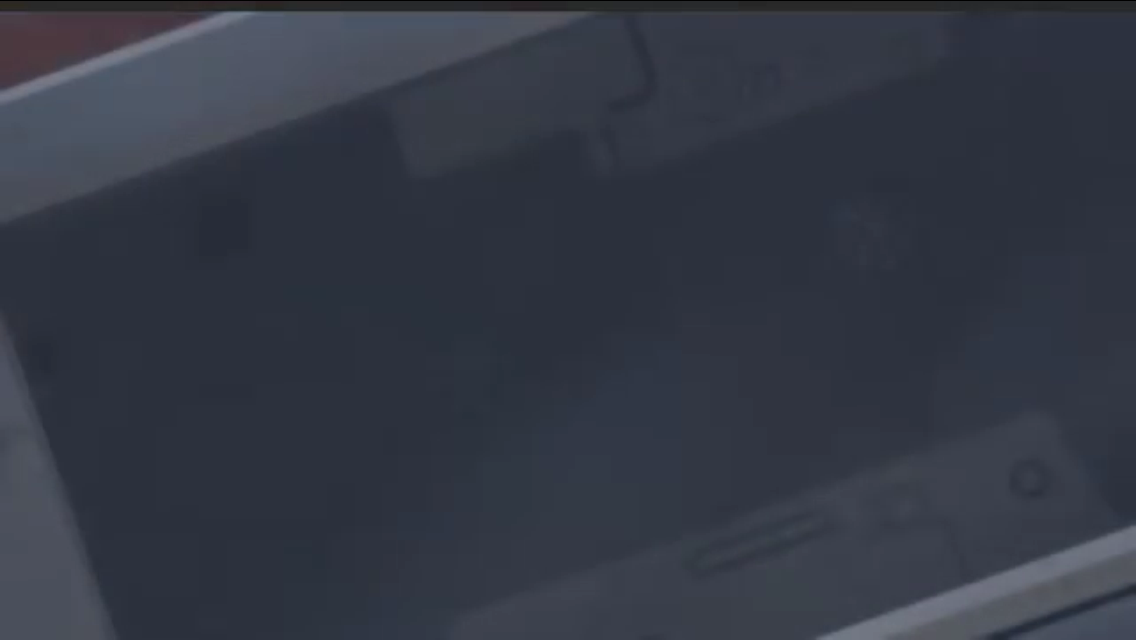 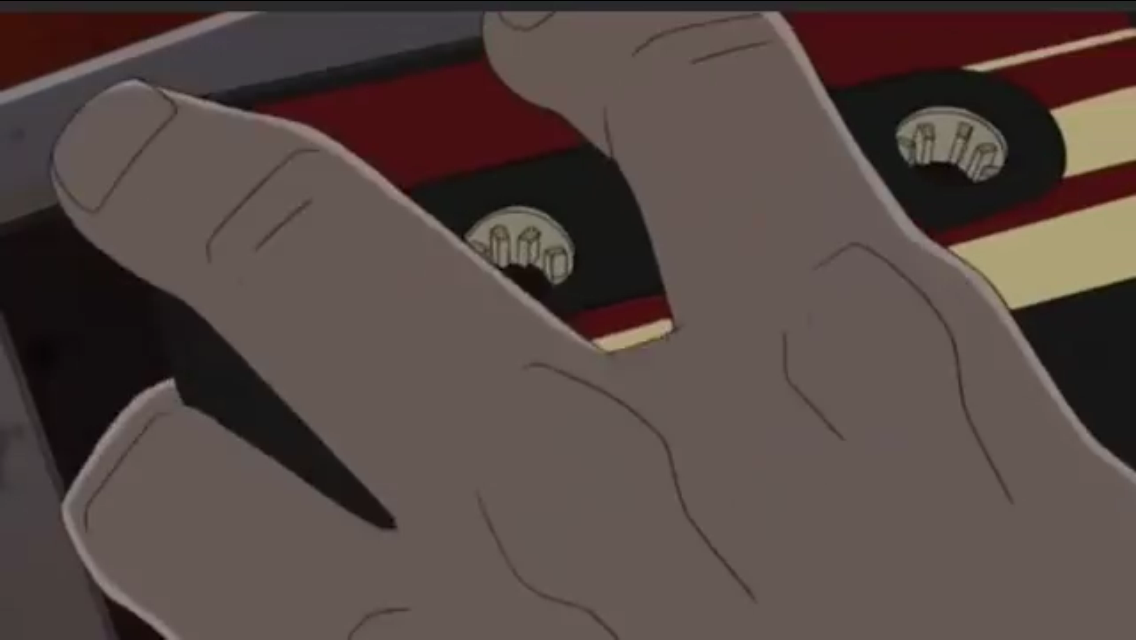 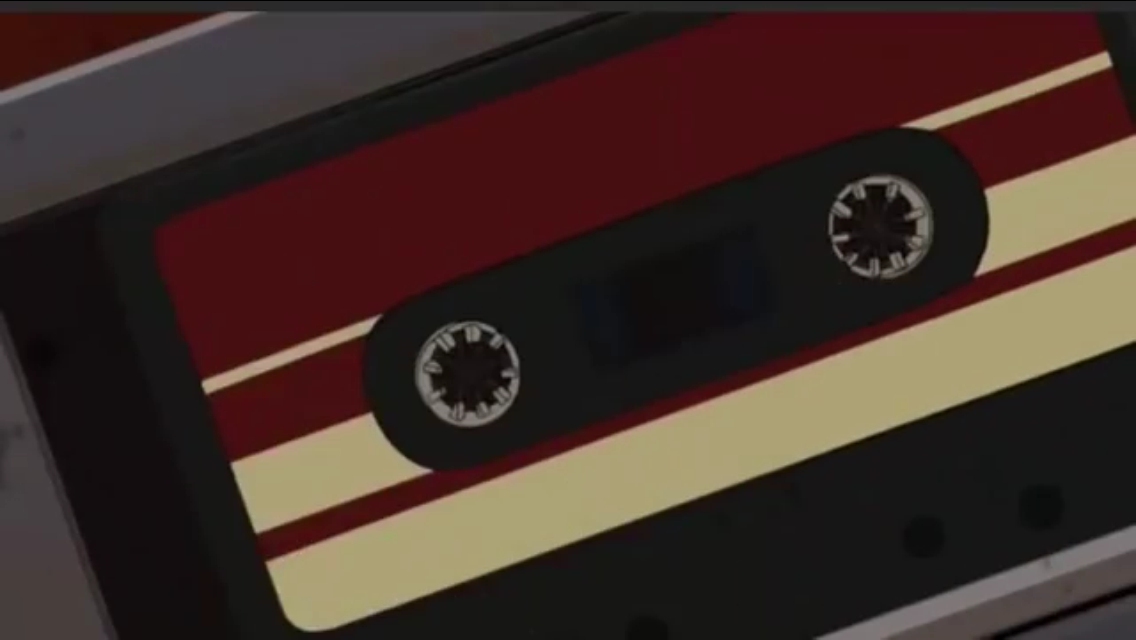 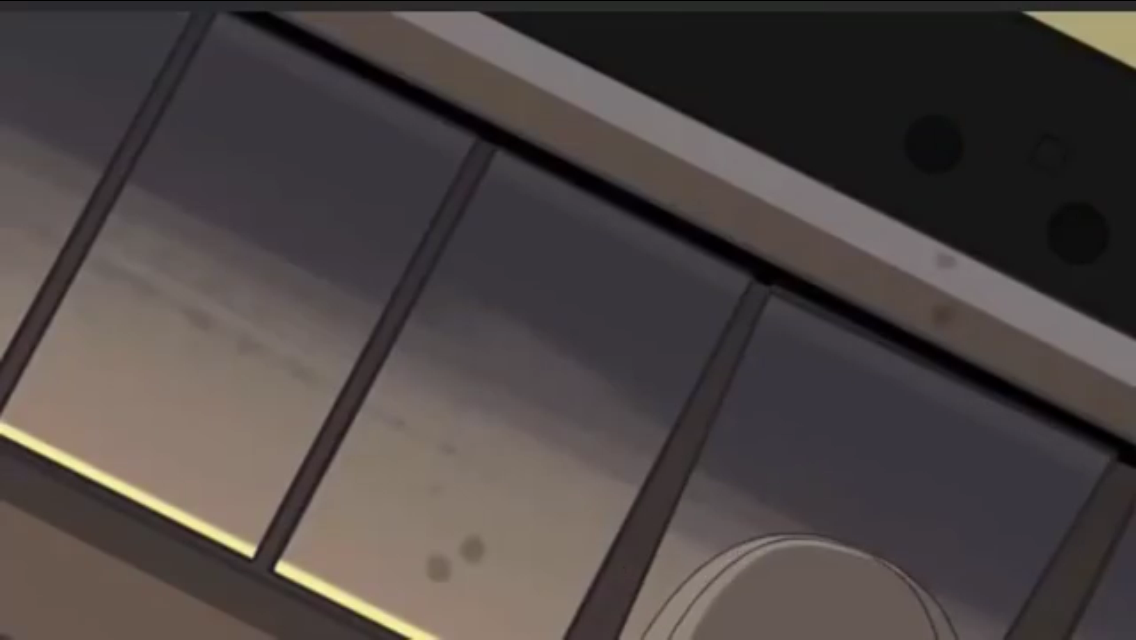 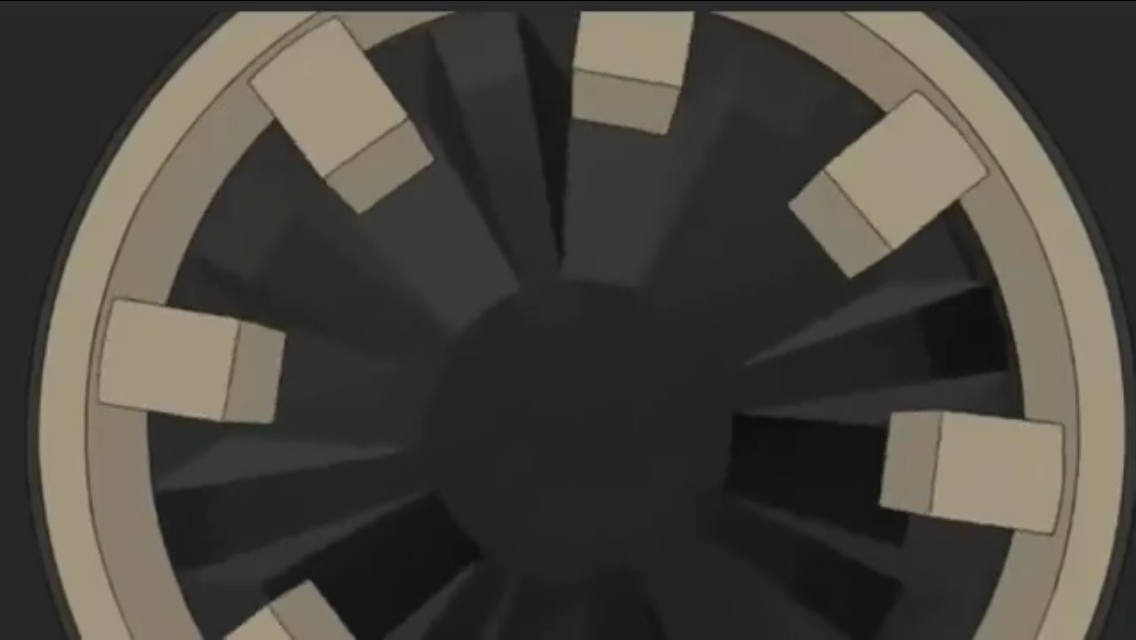