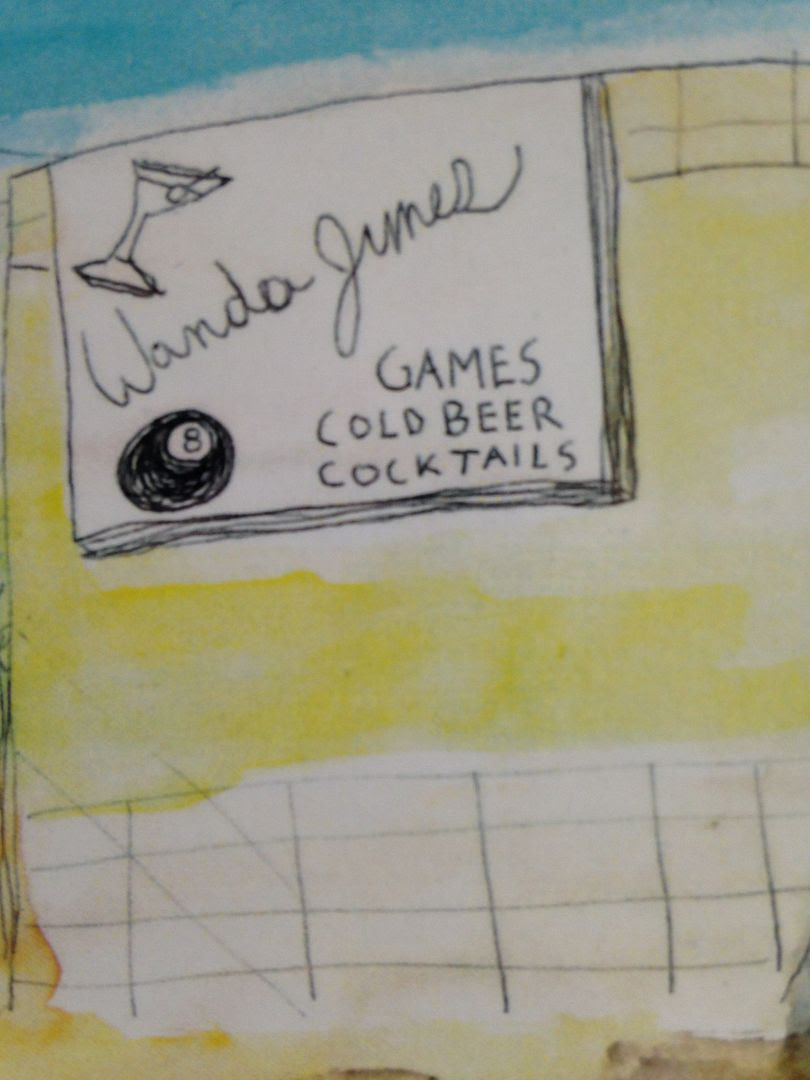 Of the bands on the Nail House Party compilation The Wanda Junes were among my favorite with their song "DFW".   I know that there are other bands on there I was already familiar with or might have looked up on Bandcamp as well, and I even remember having this compilation lead me to listening to quite a bit of the Bad Daddies (Who recently changed their name), but when I got this CD in the mail the first thing I instantly recognized it for was being that band I liked from the Nail House Party CD and their song "DFW" because, yeah, I have a soft spot in me for Texas.

The thing about The Wanda Junes is that on paper they may sound like a number of other bands but in the delivery they most certainly are not.    They have both male and female vocals in their songs and sometimes it's a matter of one taking the lead and the other taking backing vocals but there just doesn't seem to be any set pattern to it aside from within the songs themselves.   It makes it really interesting and in some ways that paired with the music style itself makes me think a lot of this as being some sort of great duo between Johnny Cash and June Carter Cash.

When listening to the music itself you'll hear a bit of country folk and it has that slower feel to it that you probably are already imagining in your head but aside from there being a banjo, yes, there are also piano notes ala an old western saloon and though there is also a trombone (Thank you, Xavier Woods for helping me note the difference in such instruments) it somehow just blends into the mix and doesn't make it sound like ska or anything else a trombone or horn section might be used in.   It's just so strange yet wonderful because I never thought of a trombone as being folk before and yet here we are.

Perhaps my favorite part of this CD though is the lyrics.   When you have someone singing about how someone else has done them wrong and treated them how you shouldn't treat somebody and then the chorus line is "And I can't wait / to piss on your grave" you have to imagine it in some sort of tongue and cheek way where they're acting silly or something different than how it is delivered here.   It is just so serious and stern... So direct and not with any bullshit, just as straight forward as talking to someone about something like the weather.   And yet also, so eloquent like some old timey singer singing about something other than drugs.

You can think what you want about the words written about The Wanda Junes.   If I was you and I was reading reviews I'd probably think that they sounded like some kind of combination of Rainer Maria and Of Monsters and Men.   And while that might not be entirely false, that just isn't how I hear them particularly and as such I think they just really, truly have their own sound and it's something you must hear to be hooked in.  Oh, but if you did listen to me before and checked out that Nail House Party CD and liked their song "DFW" on it, then yeah, by all means, this should be a no brainer for you. 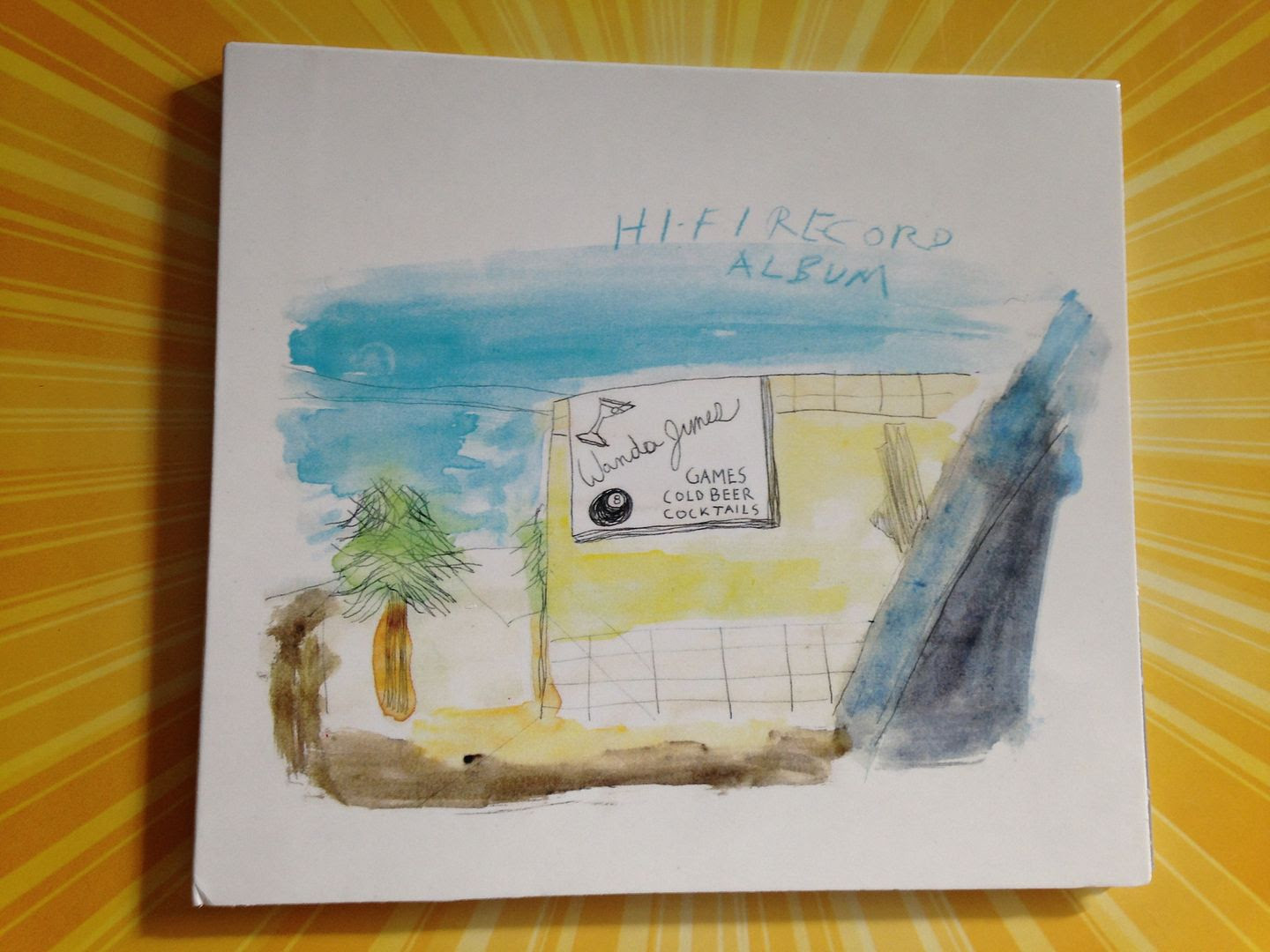 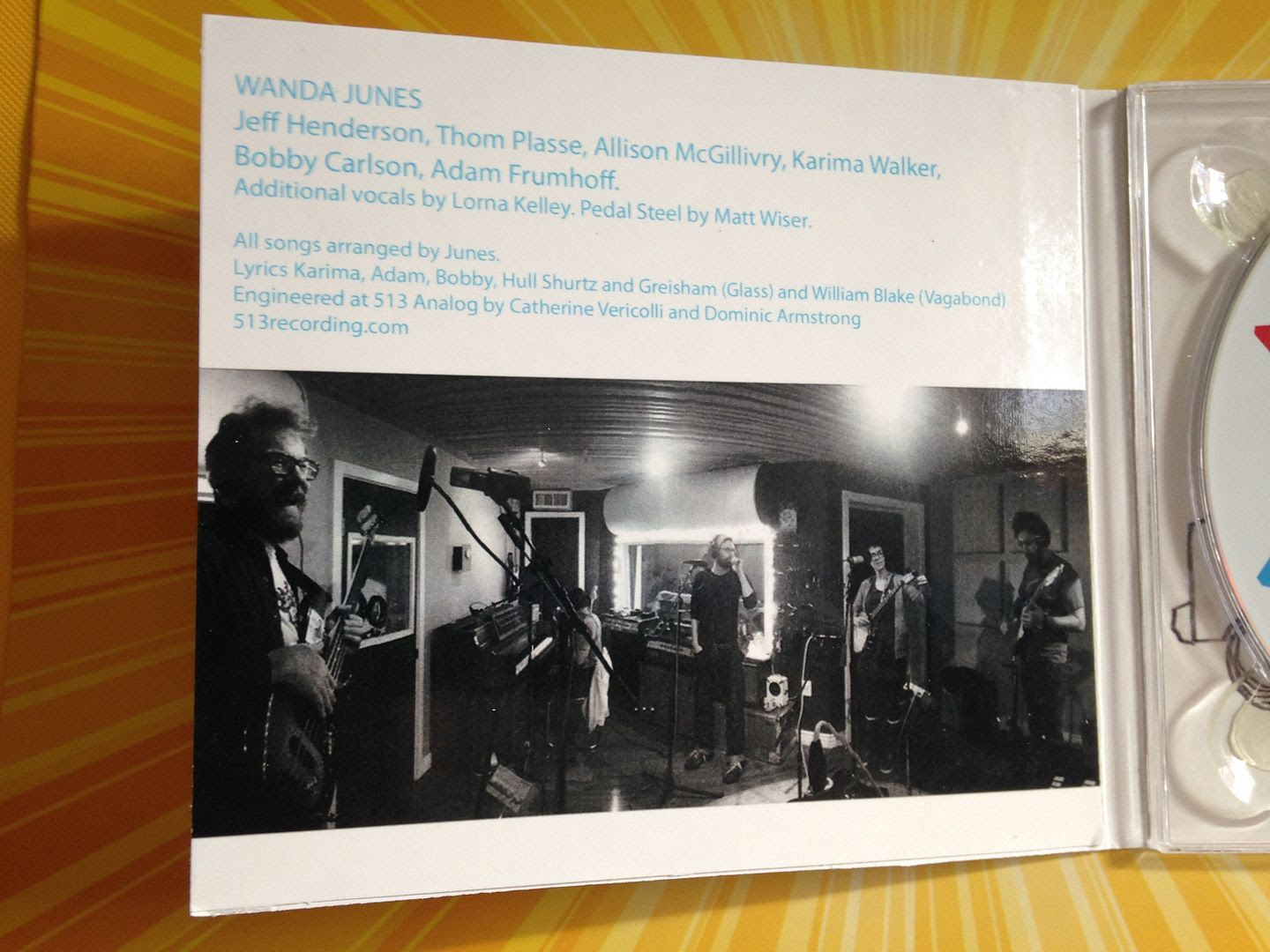 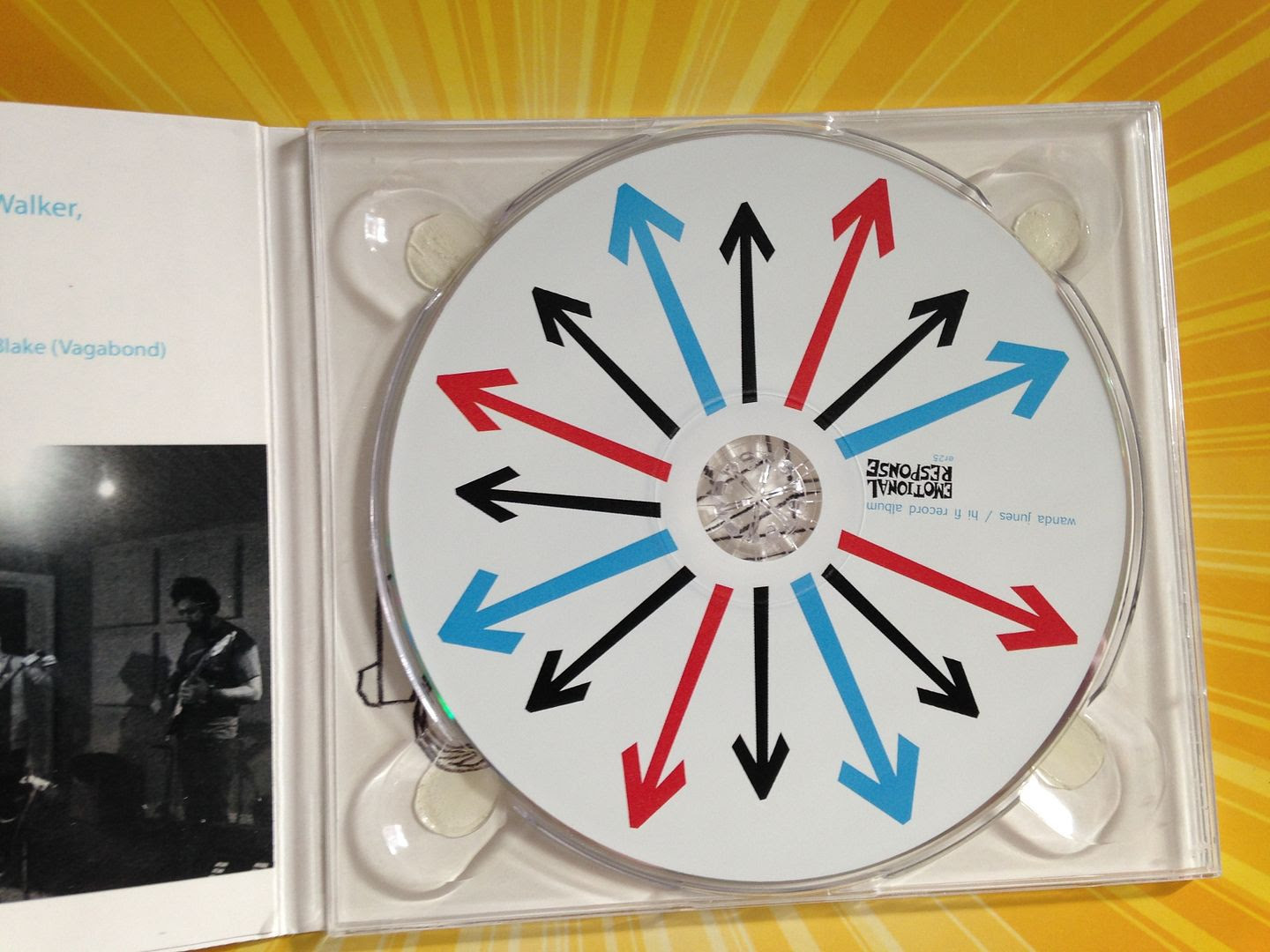 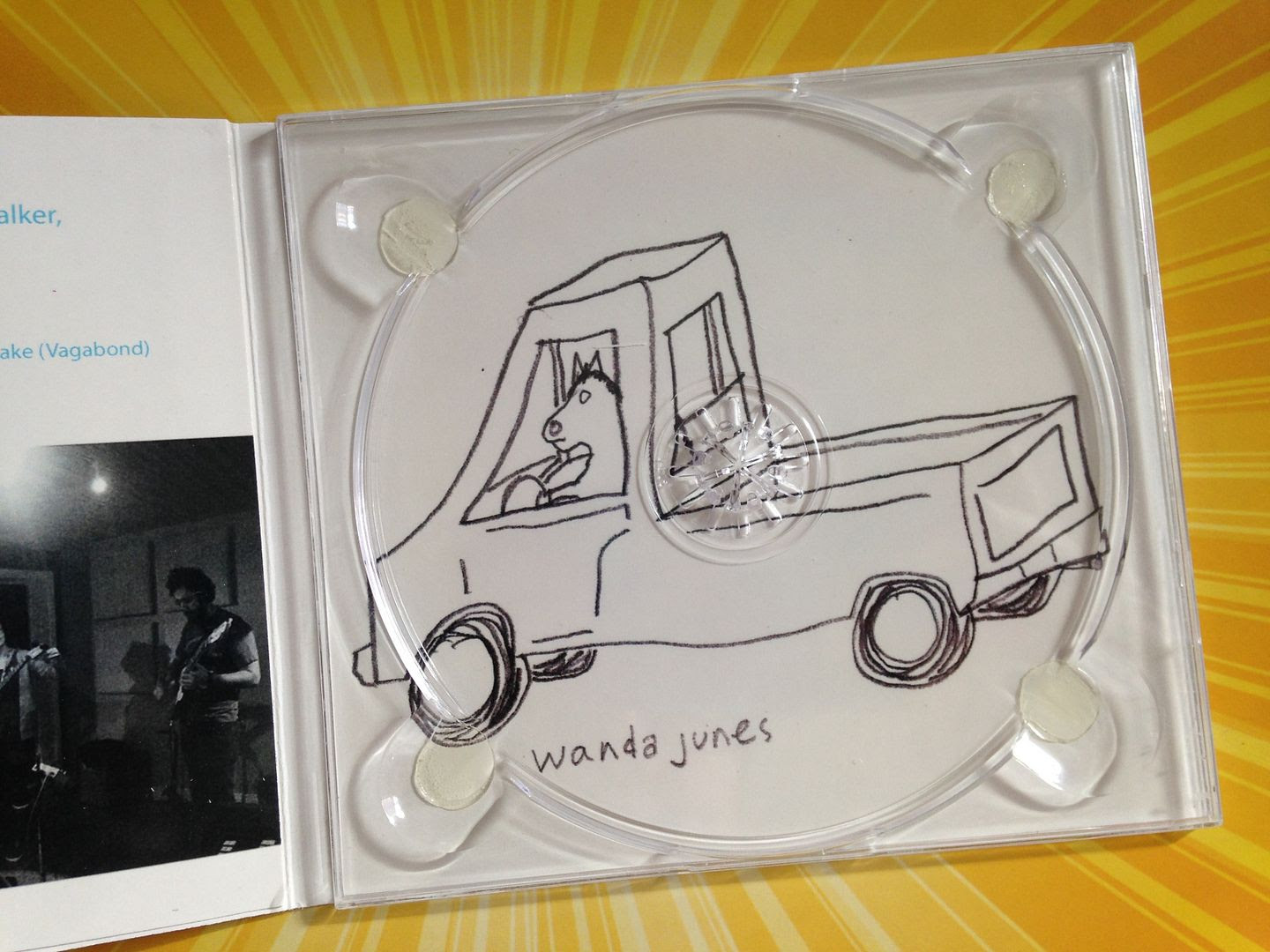 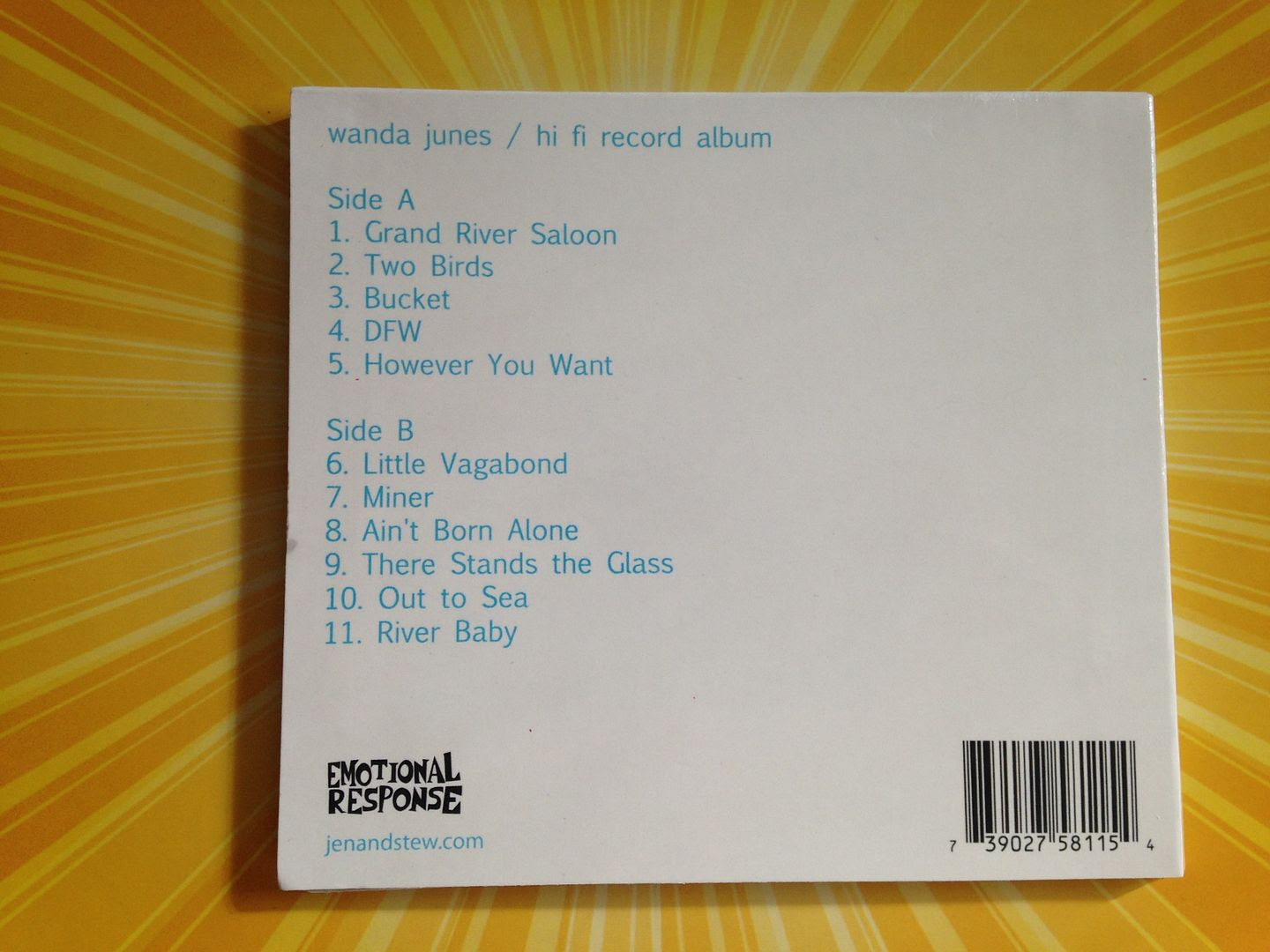