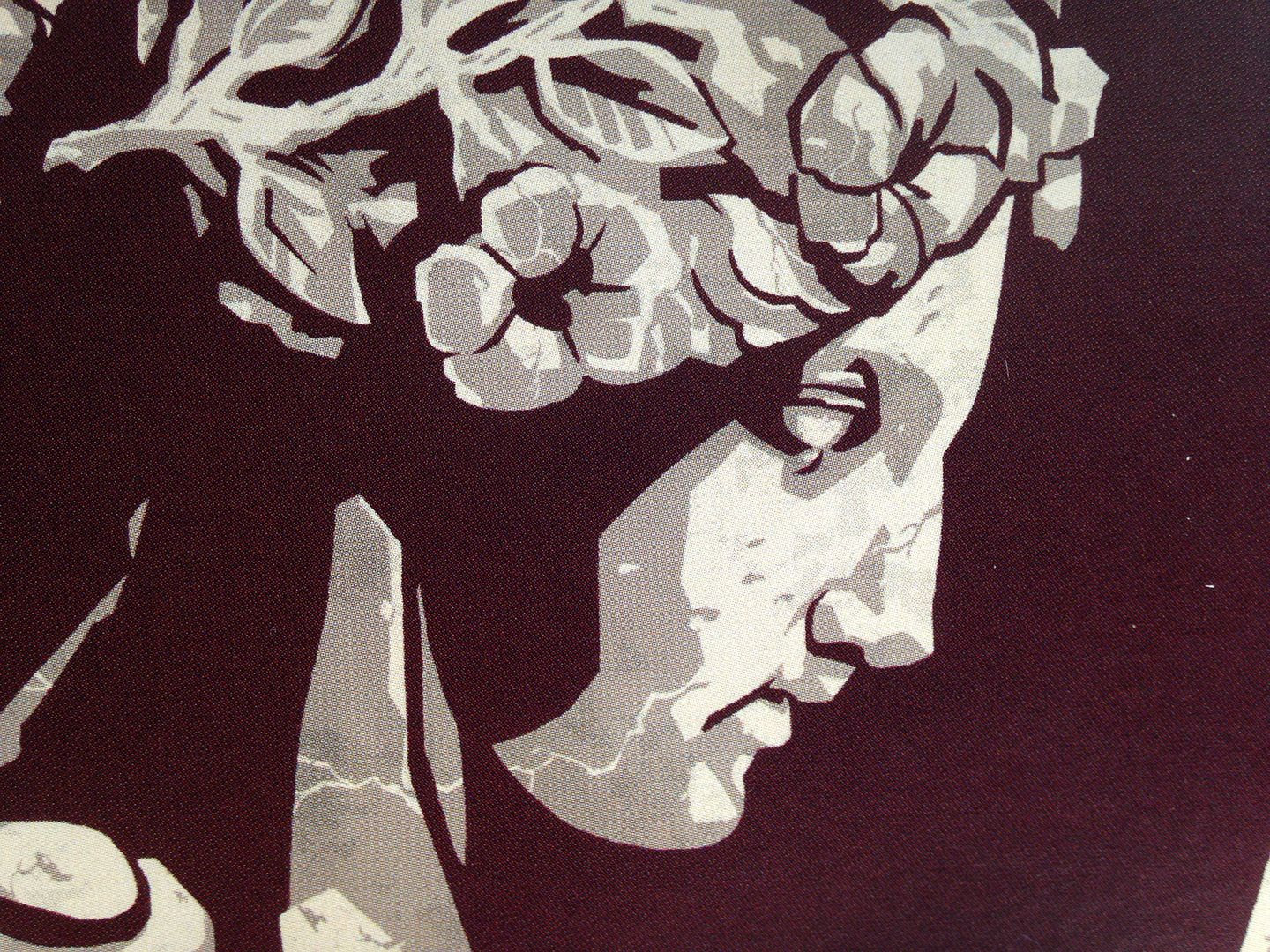 I've never been one to be afraid to admit when I was wrong and I must confess that when I first pressed play on this CD I thought I had it all figured out.    Immediately- within thirty seconds or so- I had it pegged as being slow ambient, leaning towards drone and celestial bliss which I felt like I had heard far too many times before.   I even heard it developing into something which could be compared with Enya and I thought it just wasn't going to be for me partially because it felt like it had been done before (a lot) and it also just felt like something that wasn't really my cup of tea.

I don't know how much music the average person listens to, but I do believe I listen to a lot of music.   I usually can get the appropriate vibe from a piece of music within the first minute or so and since that rarely fails me the fact that I had my mind changed by simply continually listening to this CD just goes to show you how good it is.   I never read press releases of "If you like these other bands then you'll like this one too" because I feel they will affect me negatively, but this was perhaps one the hardest ways for me to be struck with "Eh, I'm not going to like this" and then have it turn around and be quite the opposite.    This just goes to show you the power of Thee Koukouvaya.

If you're like me and you had trouble with this CD when you first put it on, all you have to do is stick around to hear the sound which it truly captures.    Instrumental (mostly) beats and rhythms set the pace for driving.    Yes, this is the perfect soundtrack for driving as the first time I listened to it completely through was at home but then the next times after that was when I was in the car and it just feels so right.    There is also this futuristic sense to it where it just feels like you should be watching a movie set in the future tense.   I also like to simply refer to this as being "future dreams" because I think once you get fully involved within these sounds that will make sense to you as well.

Another aspect which really resonates with me is that this sounds like something out of the movie "Bladerunner", but of course, the problem with simply saying that is "Bladerunner" was set in the future but was actually released in what is now the past.   So when you think of "Bladerunner" you might think of it as being an *older* movie where as this CD has a *newer* sound.   You have to imagine it as if "Bladerunner" was being made and released as a movie right now and then these songs could be part of that soundtrack if, you know, Hollywood didn't opt to use something cliche like Linkin Park, which I totally think they would because, really, when was the last time a good movie had an equally good soundtrack anyway?

Now when I typed earlier about this being instrumental there are actually vocals which come out but not until the last two songs.   Granted, I read some of the information on the back of the CD after listening to this and it says that there are also vocals on the first song but I feel they still come out most prominently within those last two songs.    This is just another example of why you need to stick around throughtout an entire CD instead of writing it off after thirty seconds because this isn't even entirely instrumental, though it may appear to be so for quite some time.    And one of the more interesting songs as well is "A Life In Portolan Chart", the final number, which has this lullaby feel to it even though there are beats.   Simply amazing.

The old saying goes not to judge a book by its cover (which I do all the time anyway because, you know, artwork and all that) but I need to stop judging music based upon how it hits me within the first few moments and perhaps listen to the entire piece through, maybe even more than once.   Granted, I have a (small) stack of CDs which exist that I simply won't review because I don't like them and every so often I'll go back and listen to them again to see if I still don't like them, hoping to one day perhaps change my mind for the love of music but with Thee Koukouvaya I was much more easily persuaded. 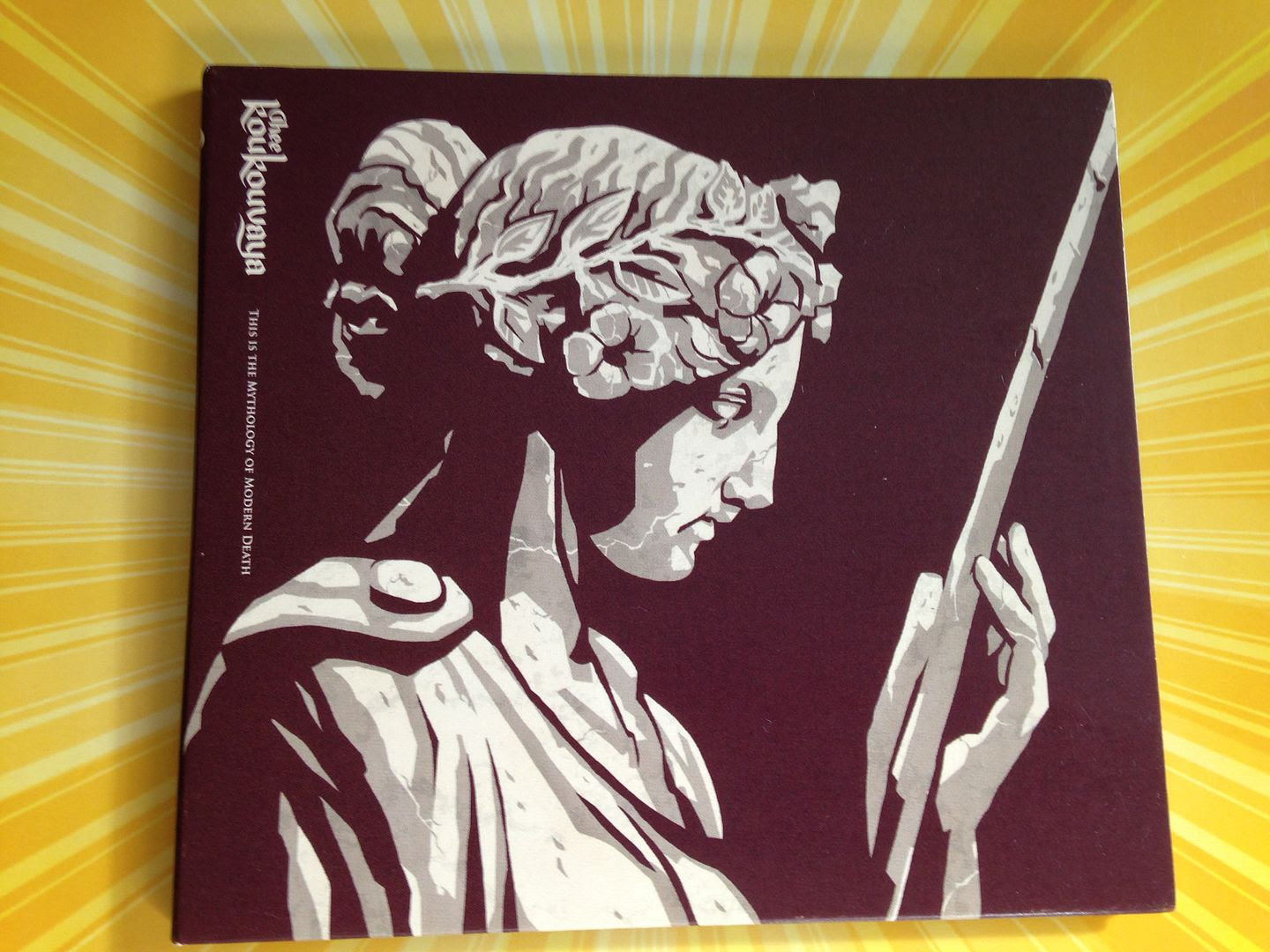 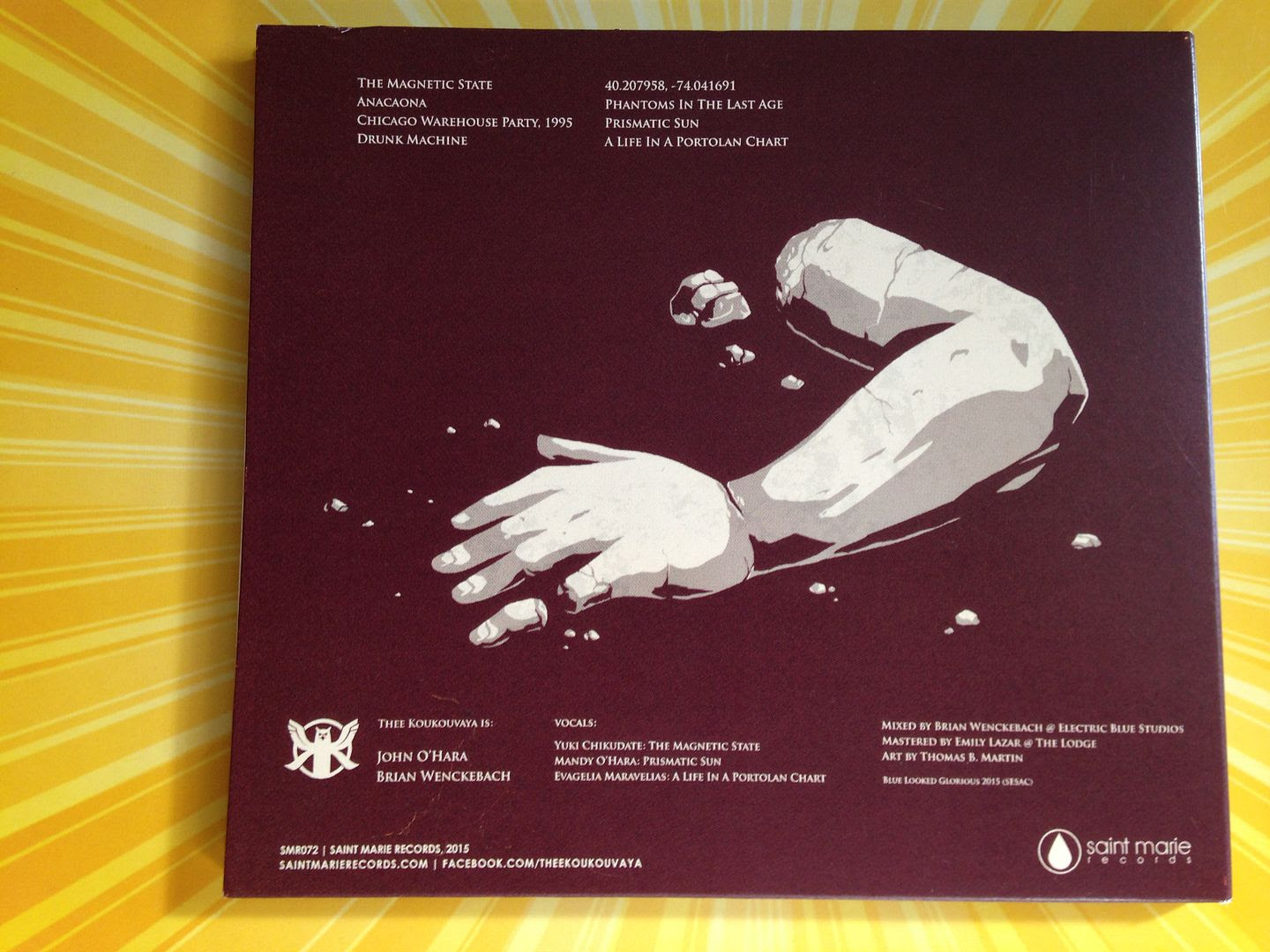 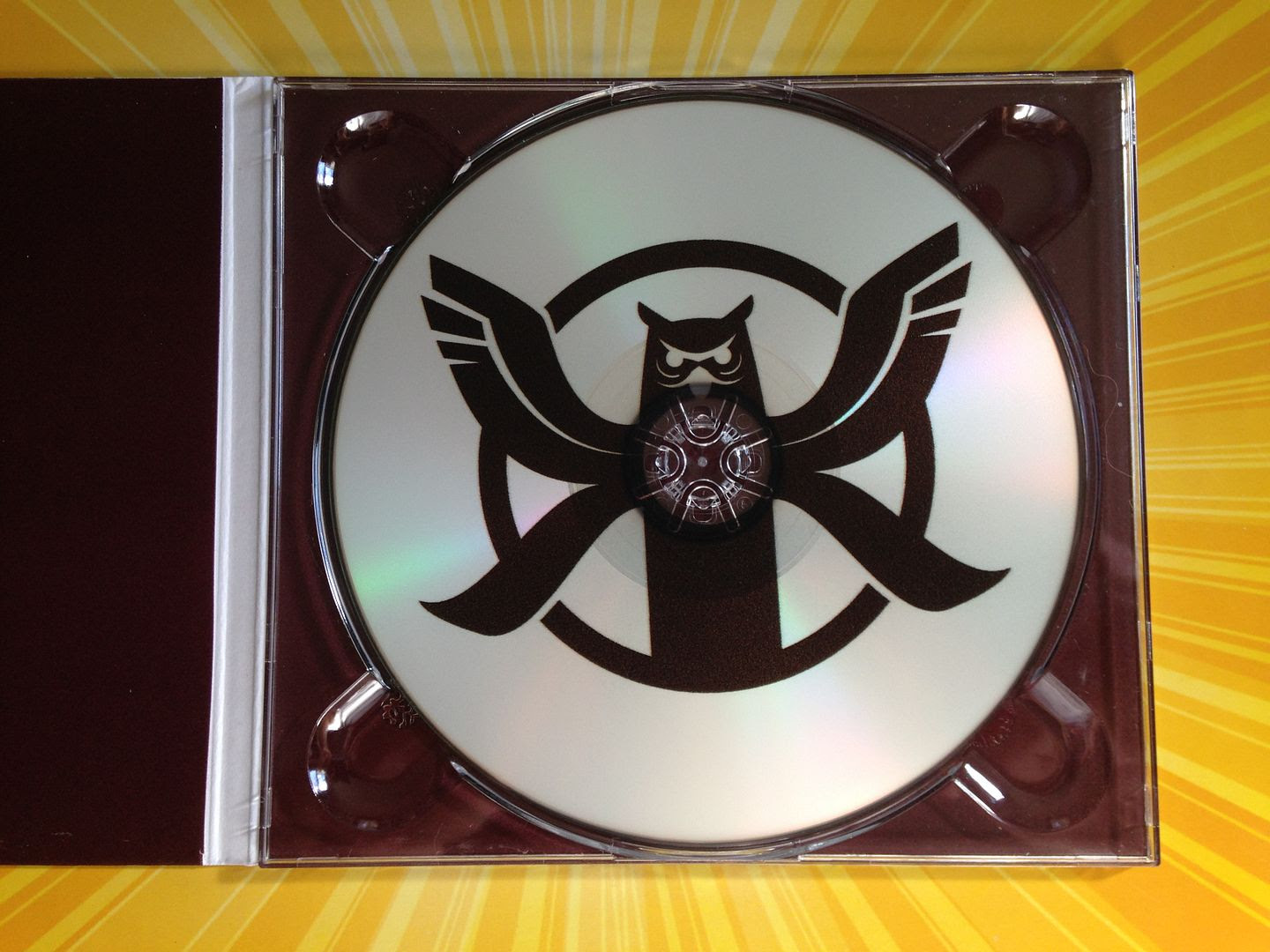 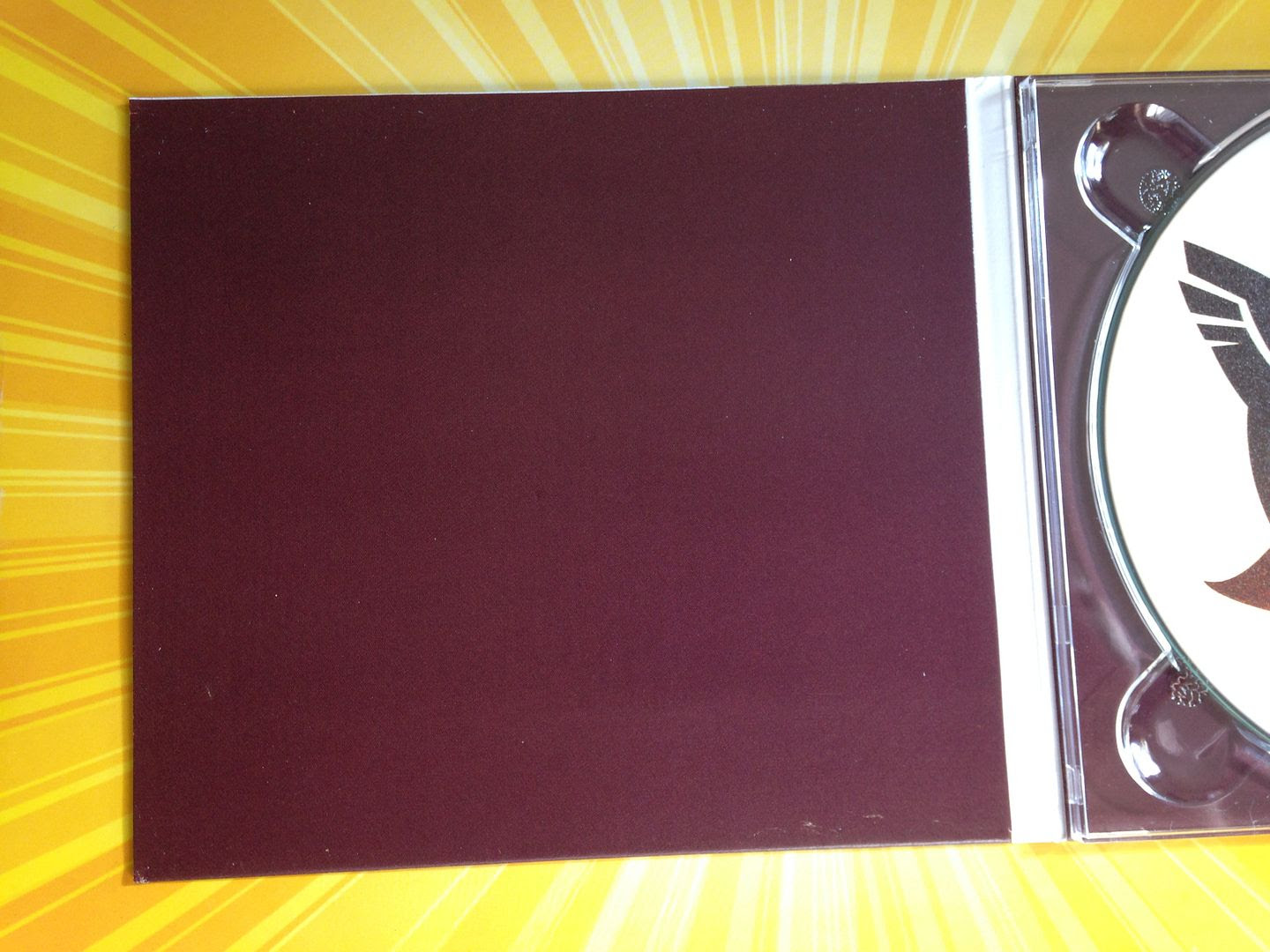