We went into Walmart one day- for what, I do not remember- and they had their own version of the Summerslam cube put within the shelves next to the pegs of other WWE figures and the new Star Wars figures.    They had everyone in this series at the time, though there was only one figure of Stephanie, and it is worth noting that upon returning to the same Walmart a few weeks later the cube display is still there but most all of the figures are gone now.    This was also the trip to Walmart where I discovered the new t-shirt series in which I intended to buy Bo Dallas up until we found Bo Dallas on sale as an Elite at Toys R Us.

At around the same time that this figure was being planned for release there was also an Elite Stephanie McMahon in the works.    The difference between the two- as diva figures don't have more articulation- is simply that the Elite Stephanie is based upon her wrestling attire from when she recently fought one of the Bellas (I think).    So for the two Stephanie McMahon figures planned (and who knows if there will be any more after this) you had the option of a look she wore a total of one time or a look that she has pretty much every week on WWE television as part of The Authority.    If you're a huge fan of Stephanie McMahon, women in wrestling, the McMahon Family or something similar then I guess you would want both figures but for me it was easy to only want this one to represent the Steph we always tend to see.

While she is dressed in a basic, all black attire I think it works for her because it just gives her that look of power that she usually has and I feel like often times she wears some version of this anyway.   Her outfit seemed fairly easy to create and the fact that they did it and made it spot on is not really that big of a deal because it seems like something that should have easily been within their reach to make.    The funny thing about this Stephanie McMahon figure is that her head scan has her smiling.   I'd prefer a serious or angry face on Stephanie so she could tell people they're fired (For the record, she does portray a heel on television) but the fact that she's smiling somehow seems better when I think about it.   If you want Stephanie to be a face then this is ready for you but if you want her to be the heel then just imagine that she's fired someone and is now laughing about it.

With a two pack of J&J Security on the way (Which I am unsure as to whether or not I want still, so I'll likely let Quentin decide.   J&J haven't been on television for long enough now though that I bet he no longer cares and we end up passing on it) completely The Authority can finally happen.  Back when the two pack came out with HHH in a suit with Daniel Bryan and hand cuffs I wanted to buy it but never did for some reason.    That HHH would go well with this Stephanie McMahon figure and I still might end up getting it one day in the near future since it still warms pegs.   But for now, I can just imagine Stephanie McMahon coming out on her own as she did when she sparked the Divas Revolution and even as recently as this past Monday on Raw to give John Cena his rematch against Seth Rollins at Night of Champions.    This is just a flawless figure overall without a doubt. 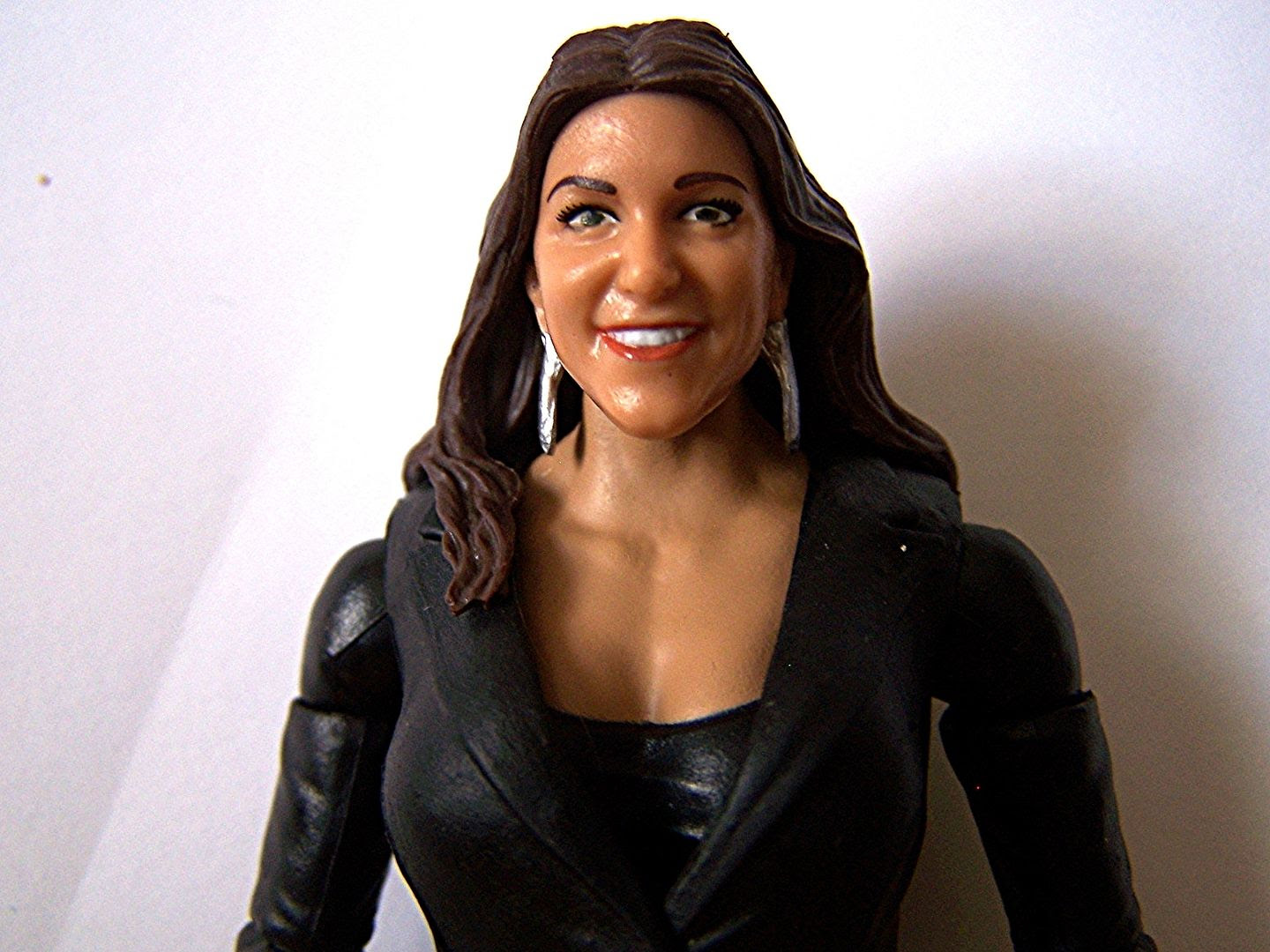 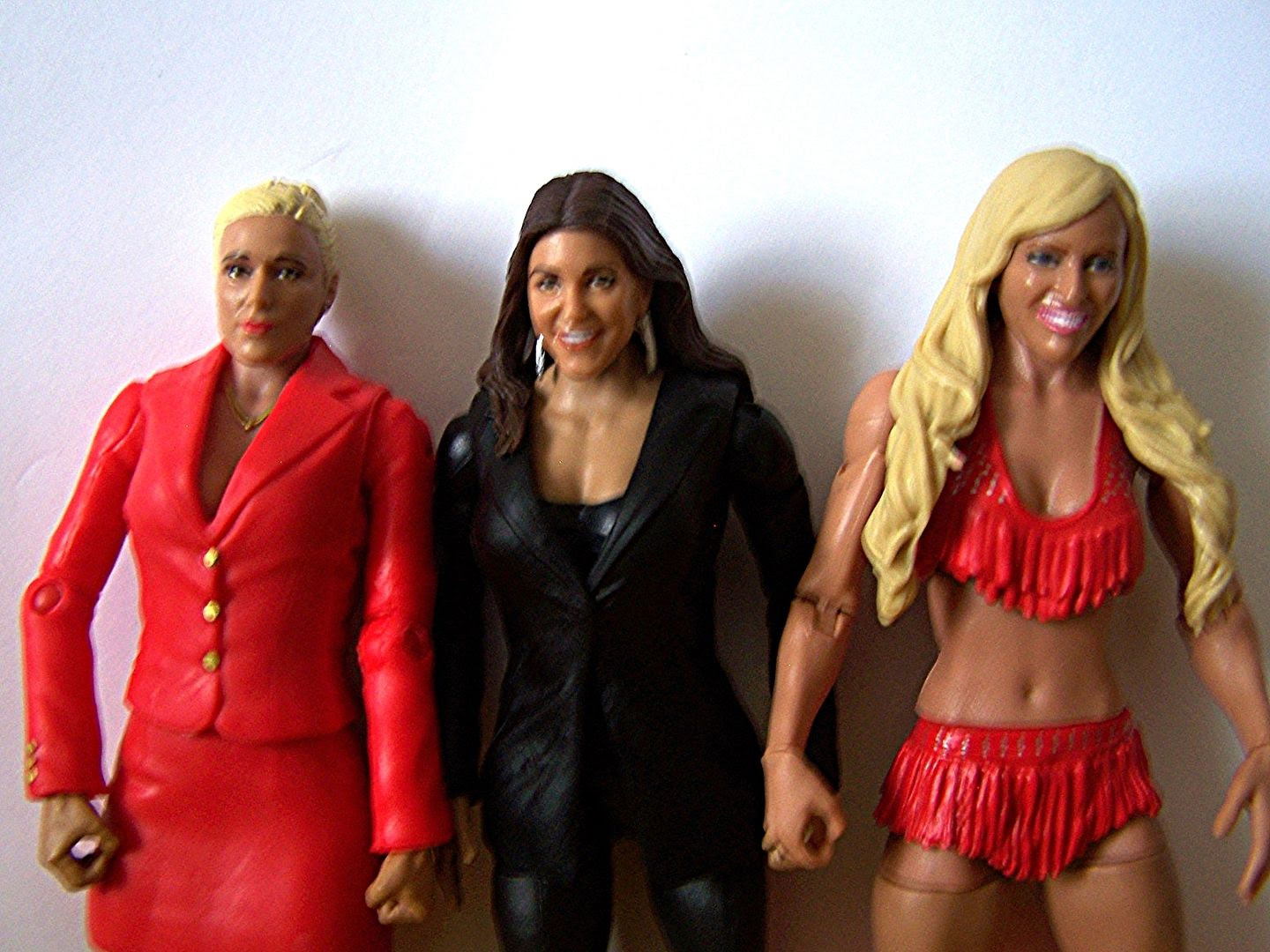 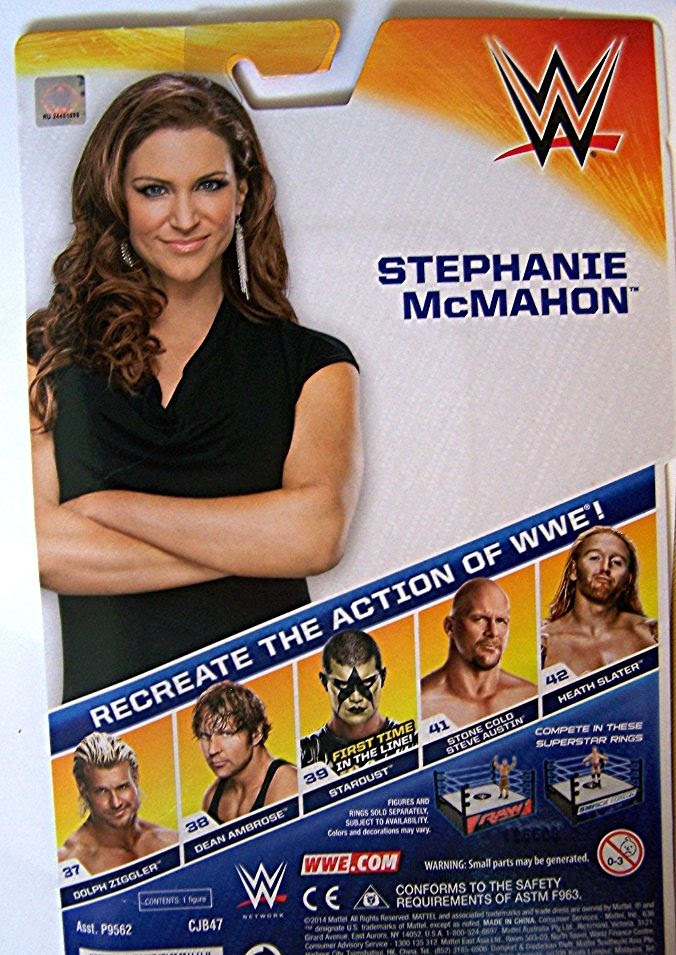