As I look at the upcoming line ups for the Basic series, I can only see one in which I might want to buy three figures again and it's not until Series 56.   So I do find it a bit odd that Mattel decided to put three solid debuts in this series, although if I ever saw them in stores together I might have had to buy Emma, Bo Dallas and Bret Hart from the previous series.  (Though I'm indifferent to Emma and believe I saw a Bo Dallas prototype in a painted on t-shirt which would be the best Bo Dalls to get for me)  And they are such three different characters as well.    Sami Zayn is my second favorite of these three- the middle child I suppose- and it's only because I really don't care for him, but I care for Summer Rae even less.

When Sami Zayn first began his time in NXT it was really cool.   There was all this talk about the fact that the former El Generico was without a mask but then people instead began talking about his matches.   That one match he had with Cesaro was so good and actually made me a fan to the point where I began watching NXT from that point forward.   And then something happened to Sami Zayn and I'm not sure what it was but it wasn't good.   Zayn was this underdog you wanted to believe in but he could never win the big one.    So he put his career on the line against Adrian Neville and became NXT Champion... only to lose the title a short time later to Kevin Owens.    Now I'm not going to say that Kevin Owens killed the career of Sami Zayn, but sometimes it feels like it.

As Kevin Owens worked his way up the ladder (and in a great fashion at that), Sami Zayn sunk deeper and deeper to the point where he was injured and pretty much written off of television.    I don't know if it's because Sami Zayn had that big moment taken away from him too soon or if it was his losing streak after that up until he went away, but the guy just became annoying to me.   You can only claim that you're going to overcome the odds so many times before people stop believing in you.   Sami Zayn winning the NXT Title didn't feel special because you kind of knew he had to do it.   But him losing it to Kevin Owens via referee stoppage felt special for Kevin Owens.     So, yes, in some ways I do feel as if Kevin Owens has made his name in NXT/WWE at the sacrifice of Sami Zayn's career but hopefully when Zayn returns the damage can be undone.

Some time ago, at one of the toy events or whatever, they had a photo of this Sami Zayn figure but it was an early prototype so it was all one color.   Since I felt like I had been following this figure since its original conception, I knew that I had to get it even though my feelings of excitement seemed to drain.    And it's not a bad figure so it is certainly well worth your money if you can find it because I really thought this would be one of those figures I'd be lucky to find on pegs but probably couldn't.  (Though I am going to visit other Walmarts and see if their Summerslam cubes have Series 49 in them in hopes of finding Emma)   And though an Elite version of Sami Zayn would be twice the price, what else would it offer beyond the articulation?   A t-shirt?  I'll pass.

Having two different colored elbow pads was a nice touch because Mattel went with a somewhat basic Sami Zayn design for the tights.    I know Zayn has some tights with flags on them and they seem to be much more detailed in that sense, but I'm not going to pay twice the price for the attire either if it's just a matter of some small details being added on.   His headscan is smiling and that's how I tend to think of Sami Zayn even if I would have preferred a more serious look, but again, this should be the first of many Sami Zayn figures so that might still come eventually.   His head scan does remind me though of that first scan Mr. Kennedy (aka Mr. Anderson in TNA) had from Jakks.    But there isn't really a lot to this figure so there isn't really a lot to complain about.

You have to fully realize that an Elite will likely get more detail so if you are looking for that then wait for an Elite Sami Zayn to be released down the line.   For me though, and for my son, this is a fine Sami Zayn figure and we don't really have the need to buy any more after this.    Though if he was released in a Battle Pack with Kevin Owens that might be the ideal way to get him (If you happen to miss out on this one) but I will also buy a single release Kevin Owens and maybe even an Elite of Kevin Owens depending upon what the differences are from the Basic.    Either way, this Sami Zayn figure is in for a beating he might not be able to recover from.   Let's just hope the career of Sami Zayn in real life doesn't suffer a similar fate. 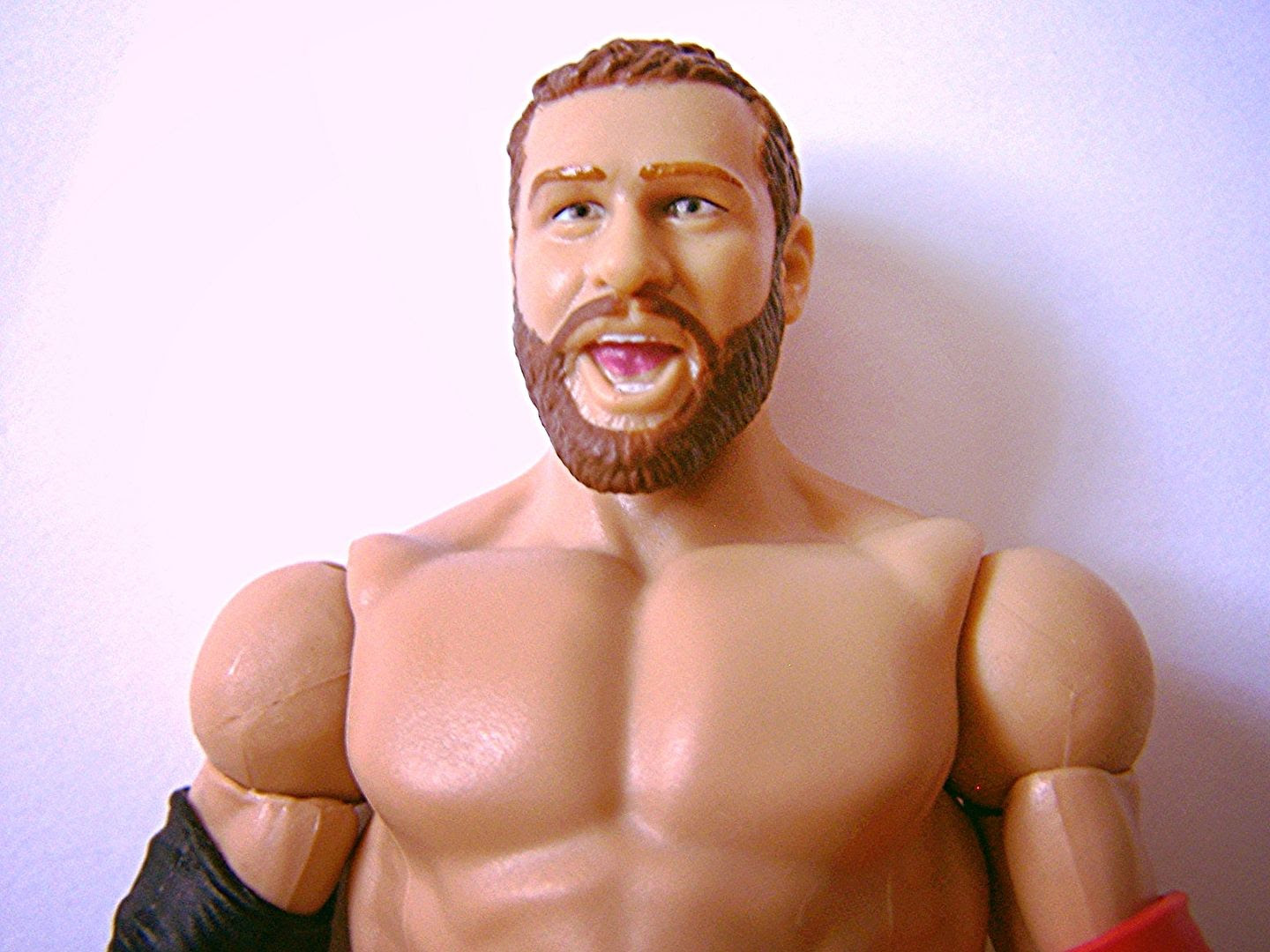 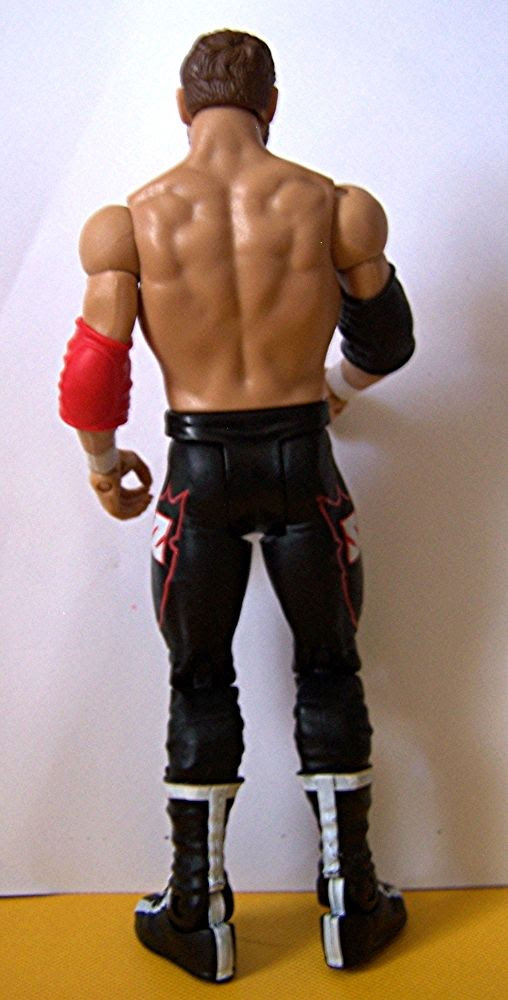 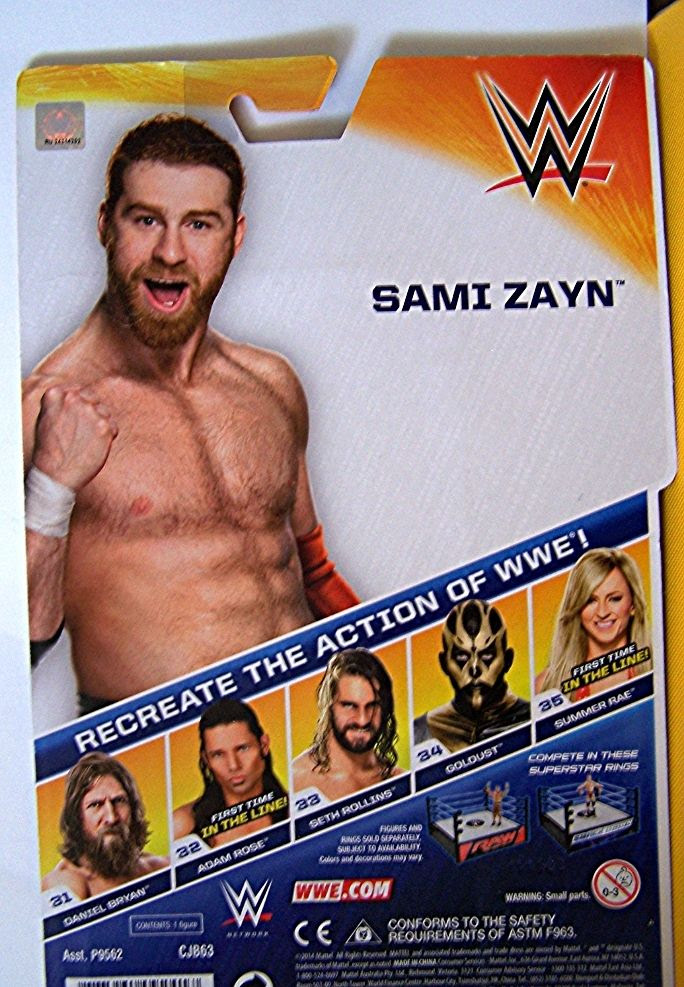