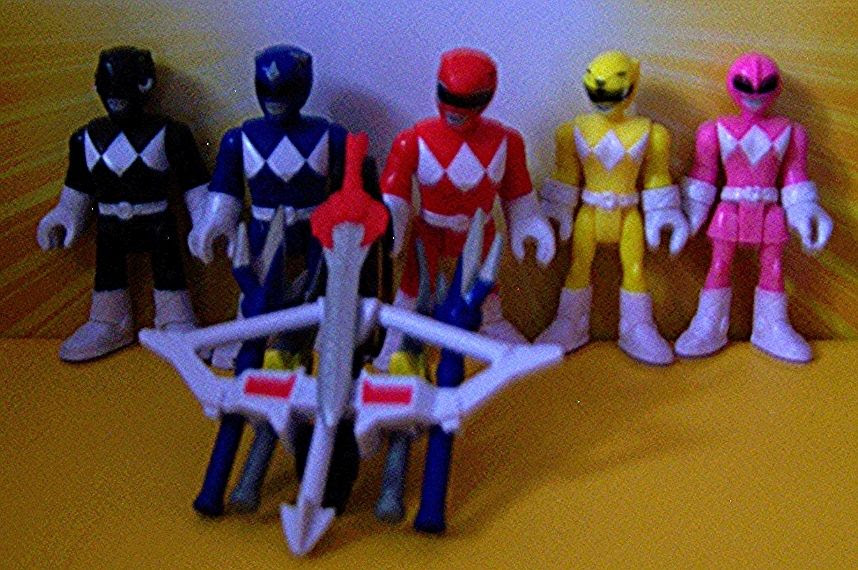 I'm not sure when I first learned that these existed.   I probably thought that they were customs at first, but I might have even seen them on the Power Rangers Facebook page because that always seems to come up in my newsfeed.   Needless to say, I was excited and perhaps even more excited than my son.     After reading a lot of posts about people getting them from Toys R Us I thought that they were exclusive there.   I thought I read that someone got them at Target but I still haven't seen them there.    Upon going to Toys R Us we found none of the two packs but several of the Zords, the Megazord and also Rita Repulsa with the large Goldar.    I was disappointed I couldn't find them.   Why did they have to elude me so?

And then we went to Walmart out of the blue and the pegs were all empty with the aisle of Batman toys except for one lone pack of Puttys.   I was shocked at first, realizing that they were not exclusive to Toys R Us after all and there was still hope for me to find them.    Then I looked down at the shelf underneath for whatever reason and there sat the Rangers themselves in three glorious two packs.    If I was one to speculate I'd say that the way these characters are packed is to ensure that two popular characters didn't end up together- hence leaving two lesser liked characters as pegwarmers- but the fact is I feel that if you're going to get these you're not going to pick and choose Rangers but rather get the whole team.

The Power Rangers themselves come together as black/blue, pink/green and red/yellow and then I also picked up a three pack of the Puttys just because who doesn't want some Puttys.    The details on the figures themselves is good but it doesn't really seem like they were that hard for Mattel to make because you can use the same general molds for the guys and then another for the girls.   I'm not saying that the Red Ranger and Blue Ranger are the same and only painted different colors, but the same general body molds are used, yes.

This is a small point but one that does bother me is that the figures are missing their colors on the white boots.   There are diamonds that wrap around their boots in the color of the Ranger and while I would say they aren't there simply because of the size and target audience of the figures- and thus find it acceptable- the funny part is that the diamond shapes are molded into the boots someone just forgot to paint them in.    Obviously the fact that the lines are etched in there shows that Mattel admits those diamonds are supposed to exist but just didn't go through with actually painting them and that's sad.

Each Power Ranger comes with their own weapon and when you put them together you form the super weapon of sorts.   While it would be far more expensive to collect each Power Ranger in this series with their respective Zord, the fact that the Zords cannot combine to form the Mega Zord also bothers me.   The Mega Zord is sold as one piece for around $100 and may or may not come into our collection eventually, but even if the individual Zords do combine it just seems easier and better in the long run to buy the Mega Zord itself and not worry about the actual Zords on their own.   Granted, some time down the line I wouldn't be surprised to see a Zord at Savers without a Power Ranger figure with it and in that scenario this will all have played out nicely for us as well.

So if you're new to this game just know that by having this team of Power Rangers they can now interact with the DC Universe, the Marvel Universe, Transformers, Spongebob, Teenage Mutant Ninja Turtles, Star Wars, Jurassic World and the many other various sets made by Imaginext themselves which don't have any specific character tied to them.   (I actually prefer the Imaginext Dinosaur series to the Jurassic World one by Playskool, for the record)   The question with this is how far Mattel will take it.   Will every series of Power Rangers ever made get their own Imaginext figures?   It would be interesting, but I do feel that some of the lesser series should be put out as sets of figures (i.e. the older Gorilla Grodd DC set and newer Solomon Grundy one) and others could also be exclusive to certain stores as well.   That's why I'm happy that these Power Rangers will show up in all stores because it gives us hope to one day have over 100 different Rangers and then some.

I'm not sure I'd go all out and buy every single Zord and Mega Zord for every series of Power Rangers ever made (Because let's face it, there are a lot of different Power Rangers series out there and not only would that become too costly it would just simply become a matter of space as well) but I would definitely buy the figures and even a bad guy or two to go with them.    Obviously Doggie Kruger is one of my biggest wants right now for the Power Rangers line as both himself and DekaMaster but no need to jump the gun at this stage. 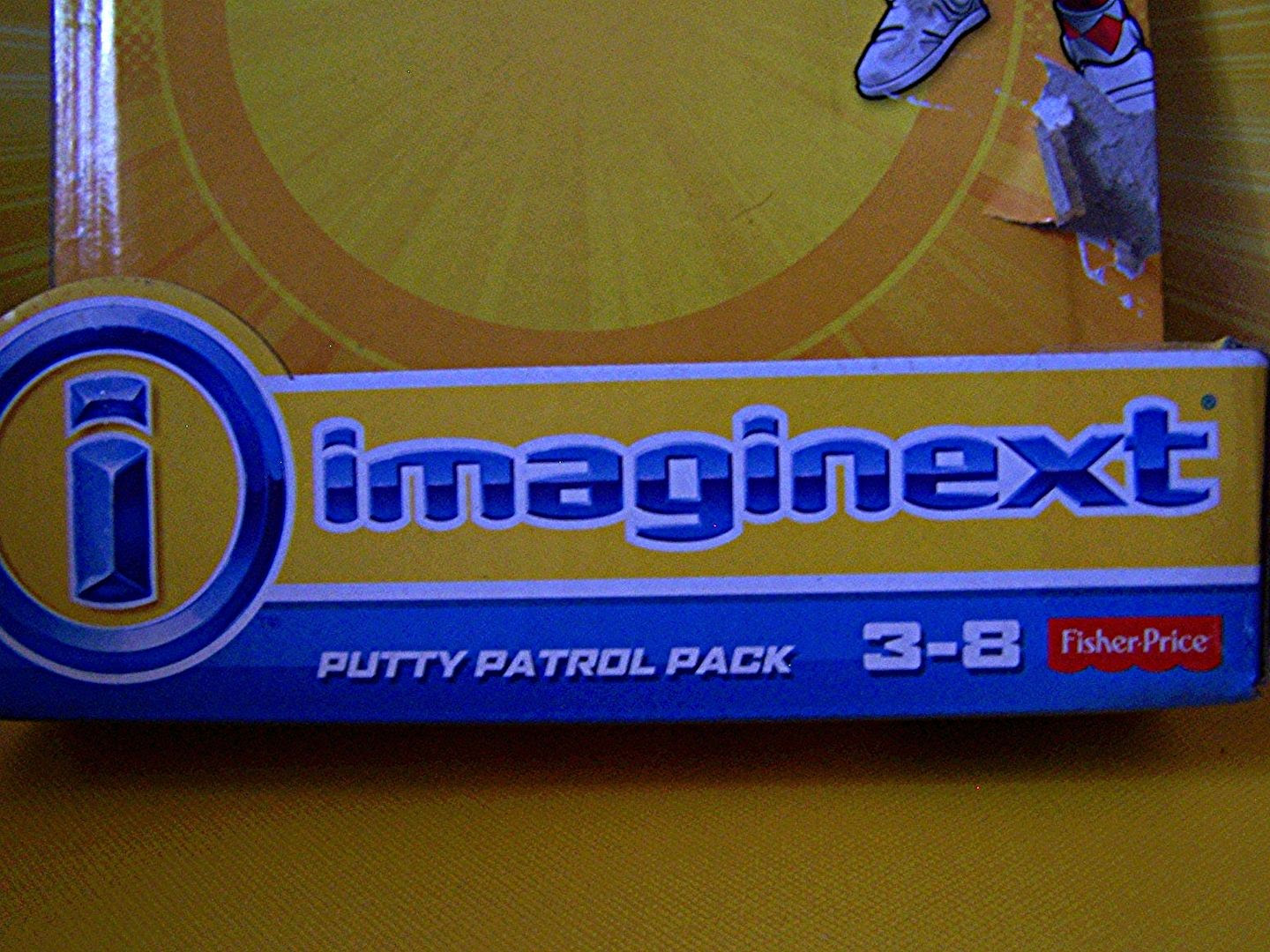 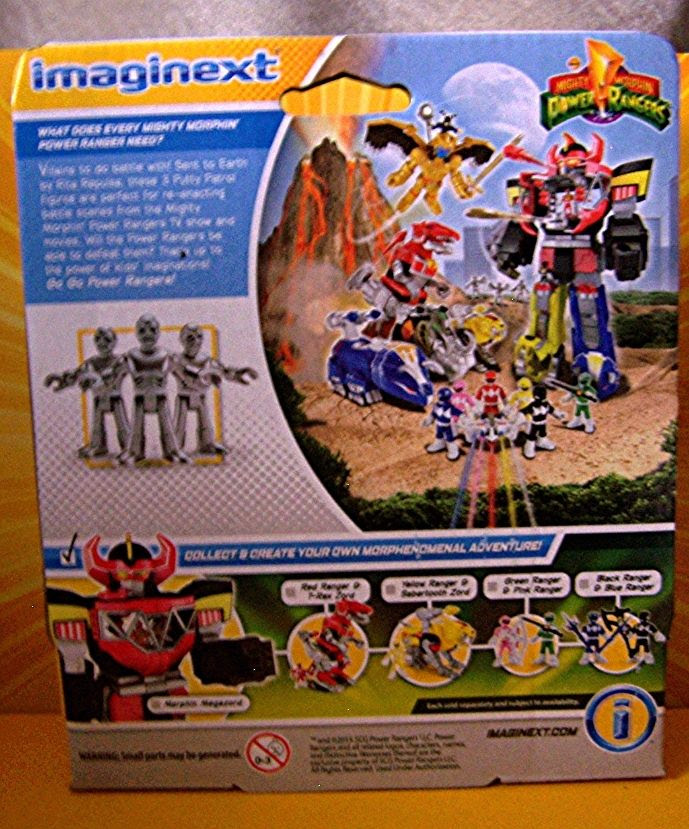 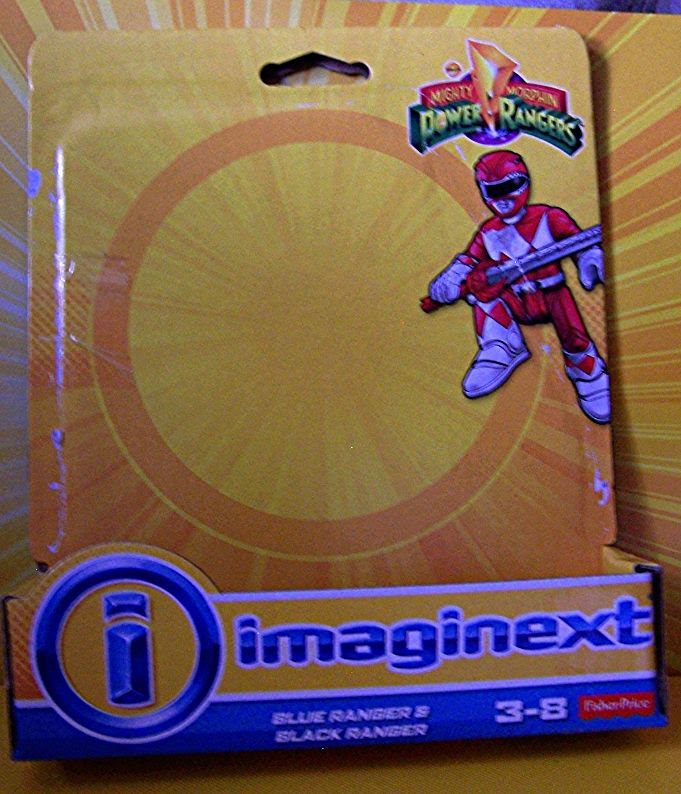 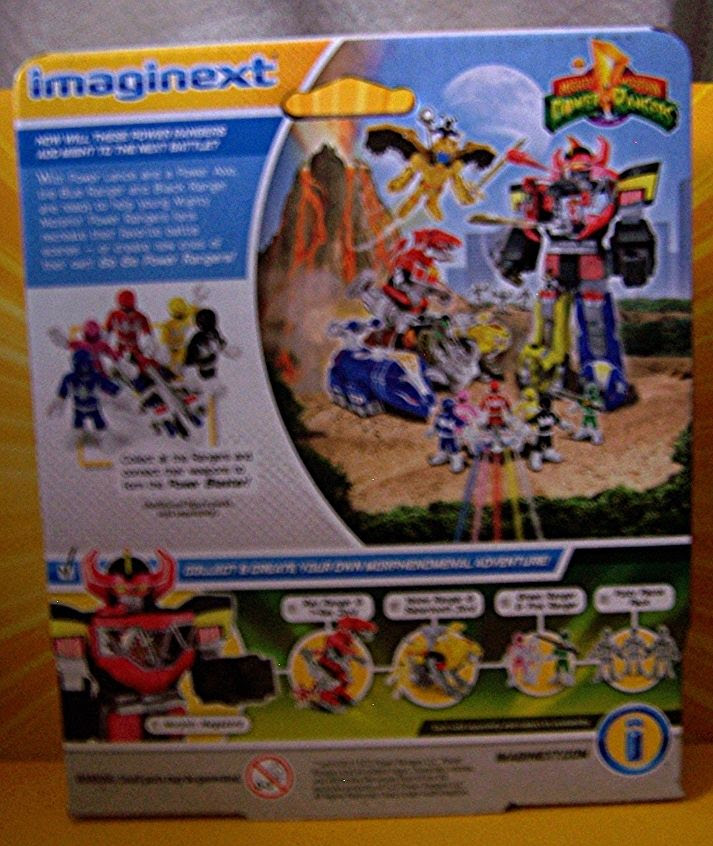 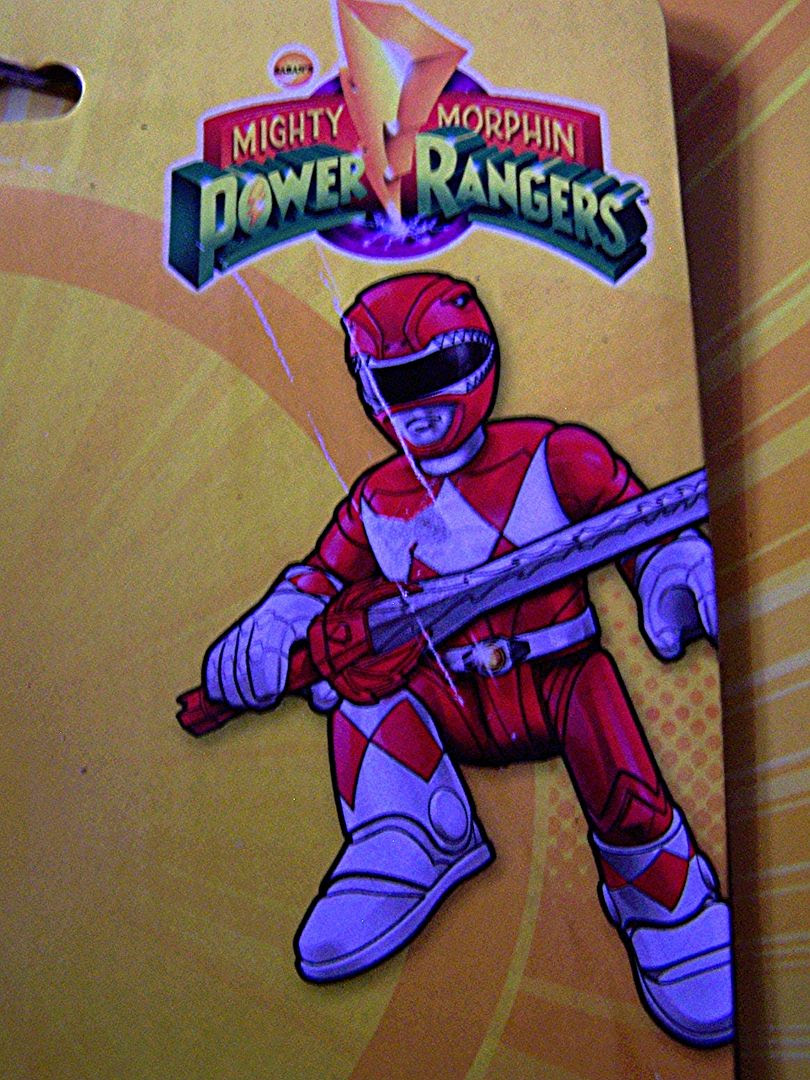 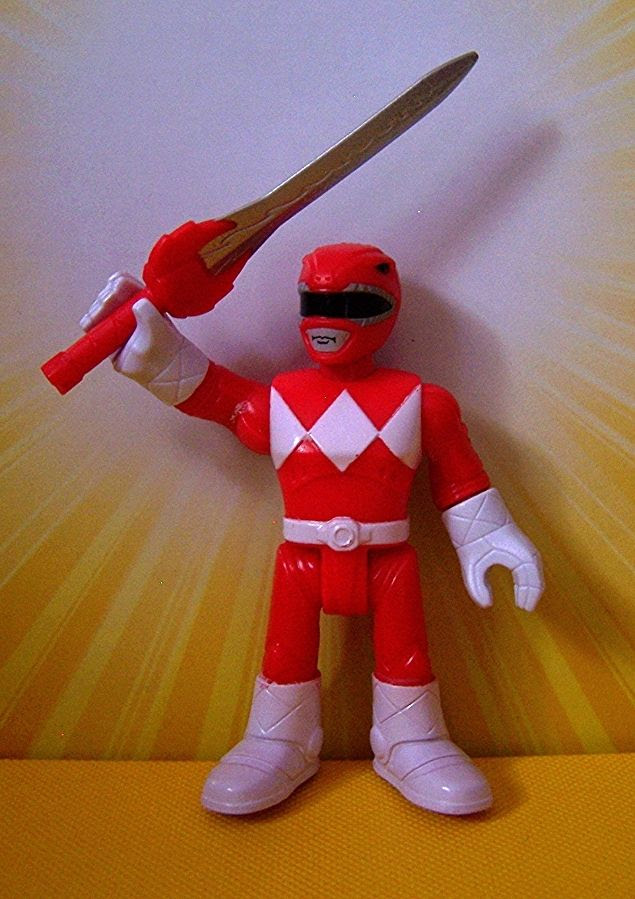 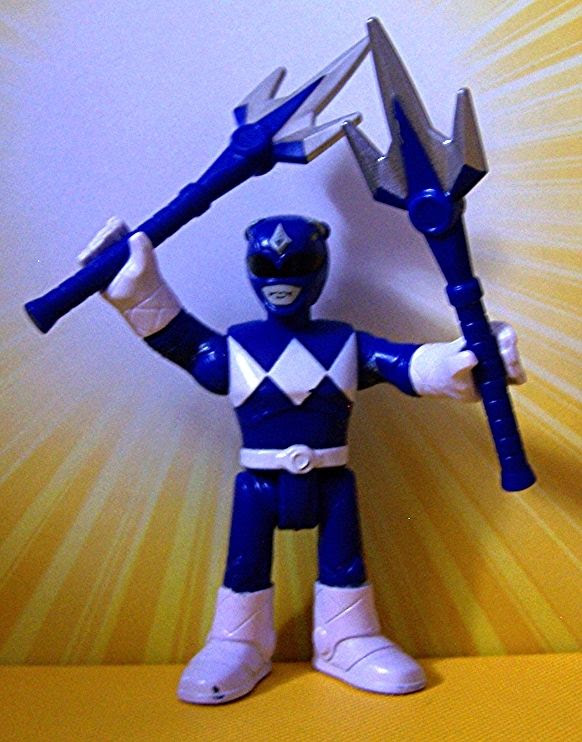 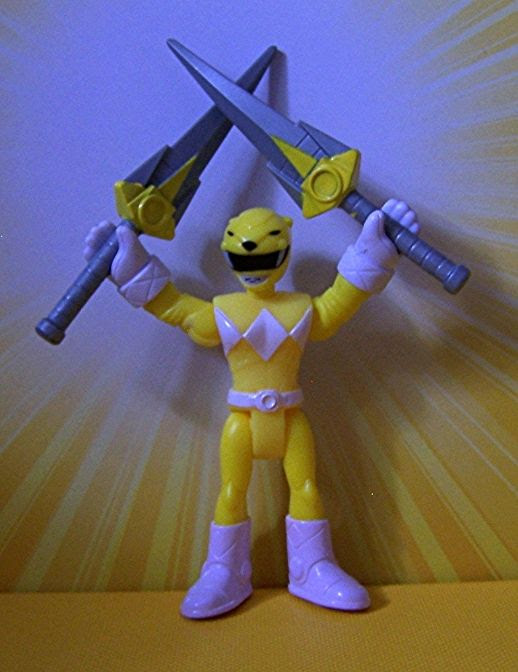 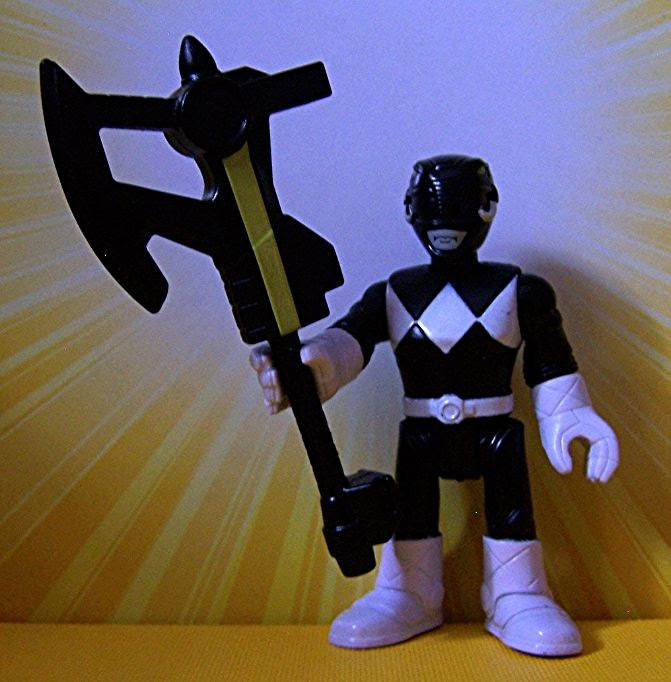 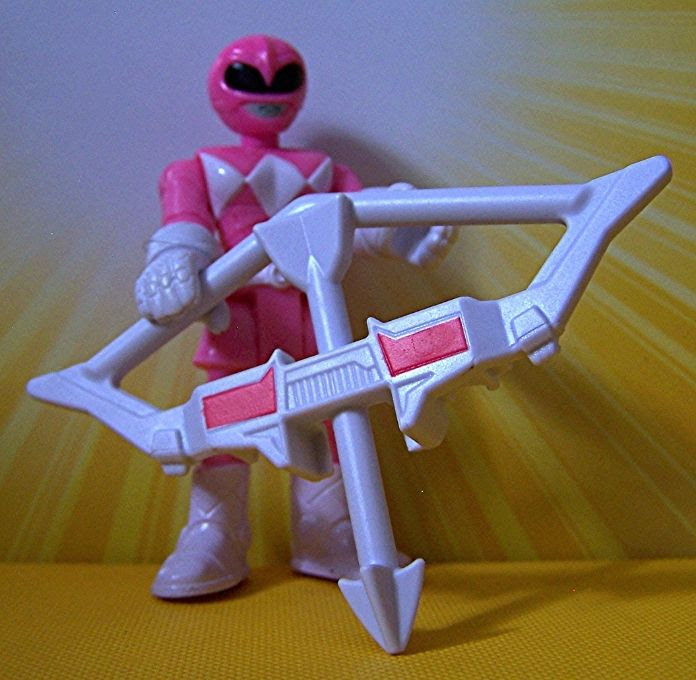 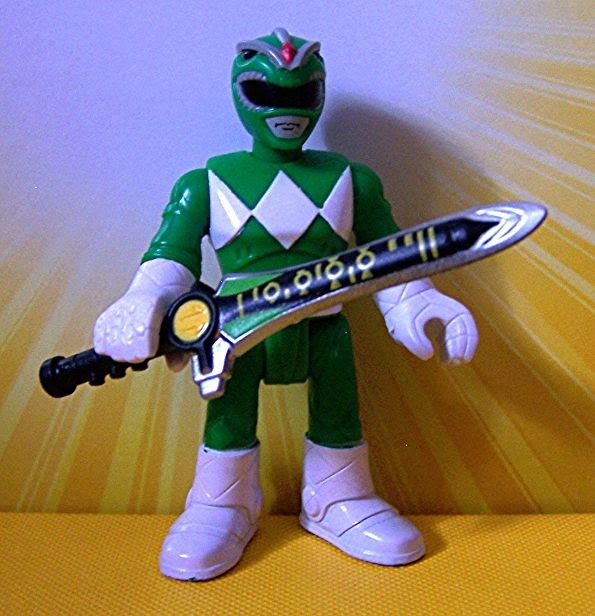 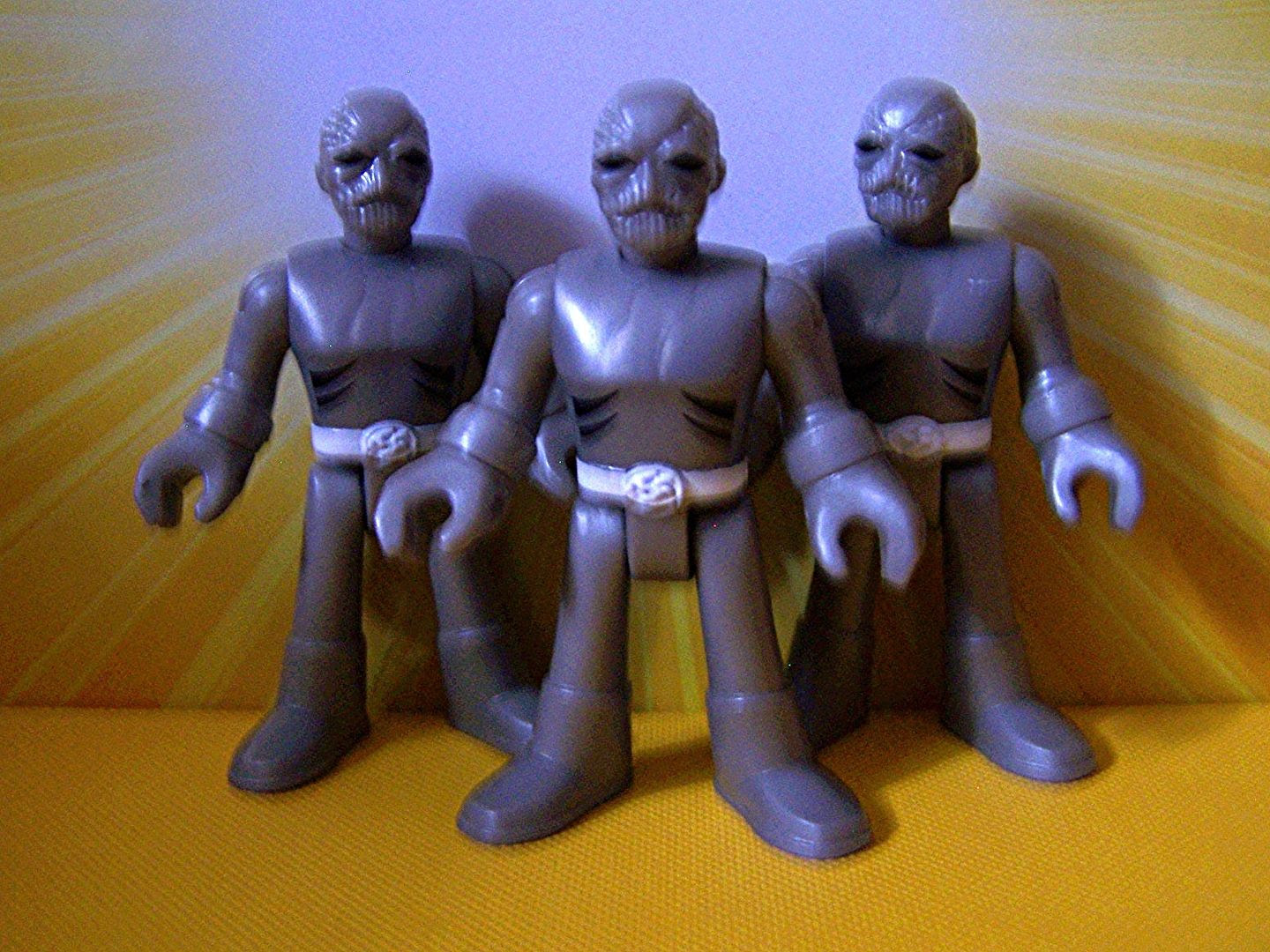 Posted by Joshua Macala at 4:56 AM