It's been a while since I've found WWE action figures in stores and thought that I needed so many of them.   For this series we actually ended up with half of them because there was a Summerslam cube at Walmart with a fresh case of Series 50 in it.   This means that I've probably missed Emma in Series 49, but there were not only two of Summer Rae in this display but also two of the Elite Paige figures everyone said were so hard to find.    I don't really know a lot about Summer Rae other than her recent actions and it is based upon those recent events which had my son wanting this figure.

My son's favorite diva is Paige and that will probably stay true for a while, but since we have her figure and Alicia Fox, he also wants other diva figures when he sees them on television.  (Though, oddly, he's never asked for the Bella Twins)  At one point, Summer Rae was involved in an angle with The Miz because they were in a movie together and so that was really when he first wanted a figure of her.   Fast forward to now- since we actually found it in stores- and Summer Rae is currently playing the role of "New Lana" in the life of Rusev.   It's funny, but I'm glad we found this set (and Summer Rae specifically) around the same time as the Lana & Rusev Battle Pack.   It makes things a lot easier all around.  (We already have two figures of Dolph Ziggler)

The figure itself has a strong resemblence to Summer Rae and the attire is interesting because it's red (like the Lana figure) but also has these small details around the belt, knees and chest which make me think there are paint spots that aren't supposed to be there.   Truth be told, I did choose this figure over the other Summer Rae figure they had at Walmart because the other one had a black paint spot below its eye.   The way that the fringe on the leggings hangs over the knees makes it a bit awkward to bend them, but it's not like this Summer Rae figure is going to be competing for the Diva's Championship so much as getting beaten up by Lana.  (And having that Lana figure fight is much more awkward)

I feel like Summer Rae plays a really good heel on television because she just has that look to her where you think she's going to be mean and snotty.  I want to say she looks like a real bitch but that would be mean of me.   However, in her defense, despite her face, I did happen to see the episode of "Swerved" she was on with the old lady and the urine and she came across rather nice in that so I can't truly judge her based upon how she looks (Though it still does work for her as a heel character)  But then again, not that long ago I couldn't even tell the difference between Summer Rae and Emma, so there's also that.

WWE has always been guilty of not promoting women as they do the men (Though some of the male characters do suffer similar go-nowhere fates) and you have to wonder what the future holds for Summer Rae.   Eventually, you would imagine her and Rusev split for whatever reason and then what?   Back into the fold with everyone else and becoming just another face among the crowd again.   Back to something like promoting movies with The Miz and then onto another random venture.   But at least we'll remember this time she spent with Rusev because, well, that is one of the biggest reasons why my son wanted this figure and how we ended up with it even if it means that when her and Rusev split she'll end up in the unused pile with A.J. Lee. 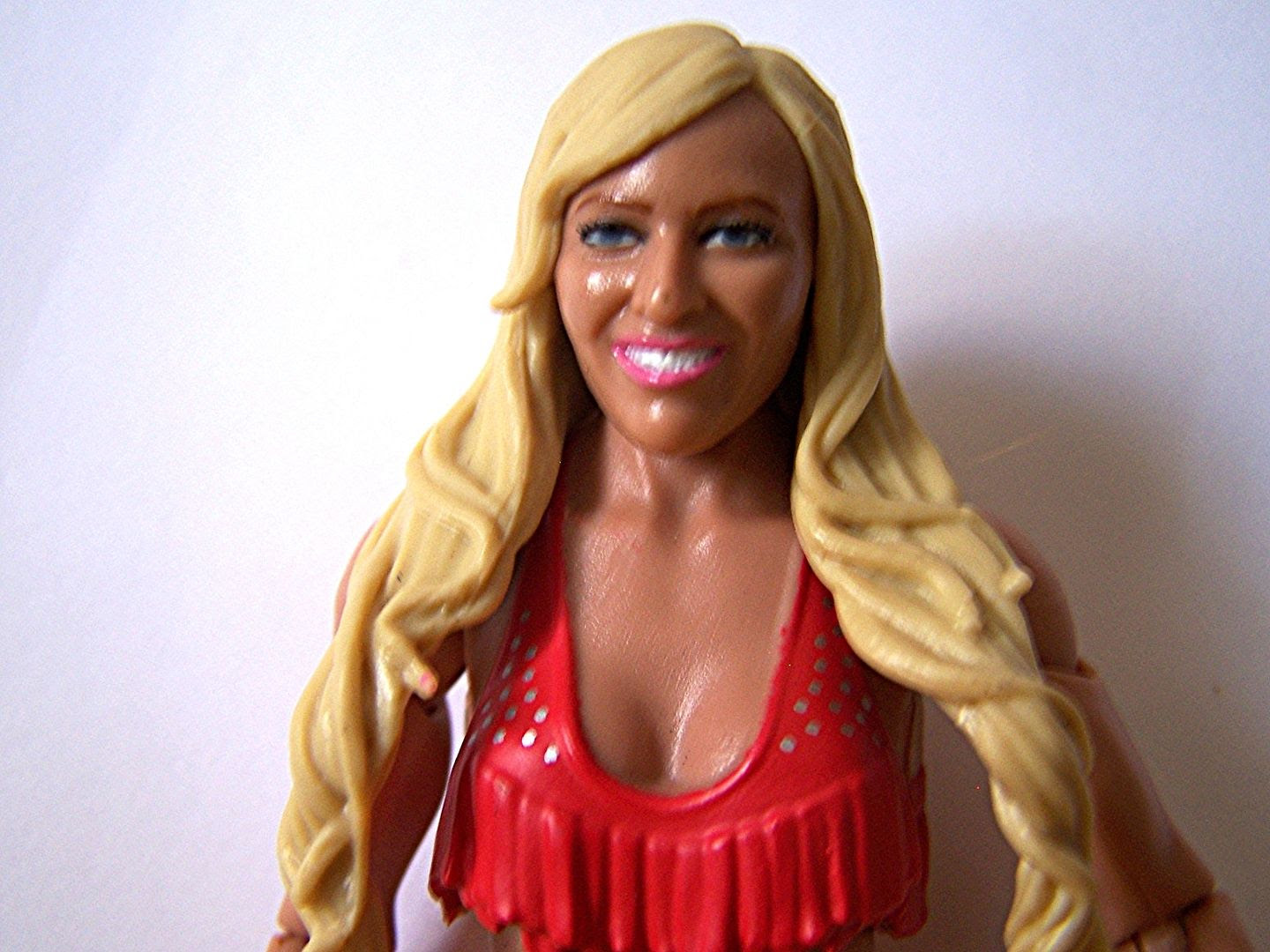 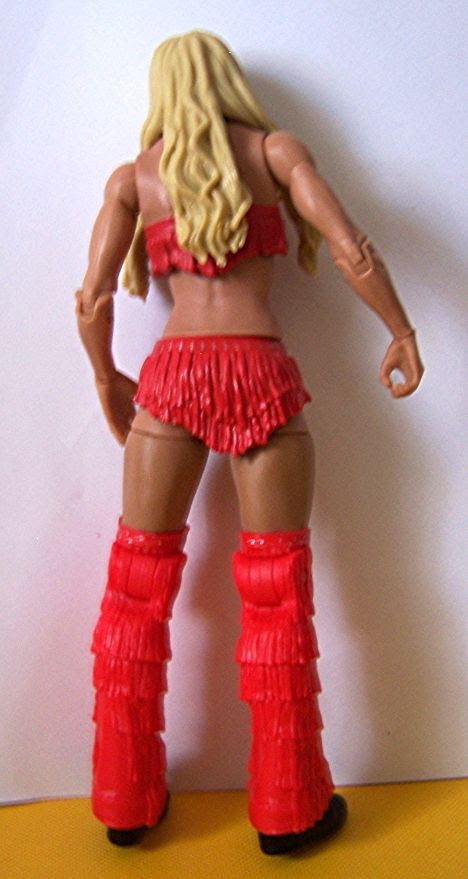 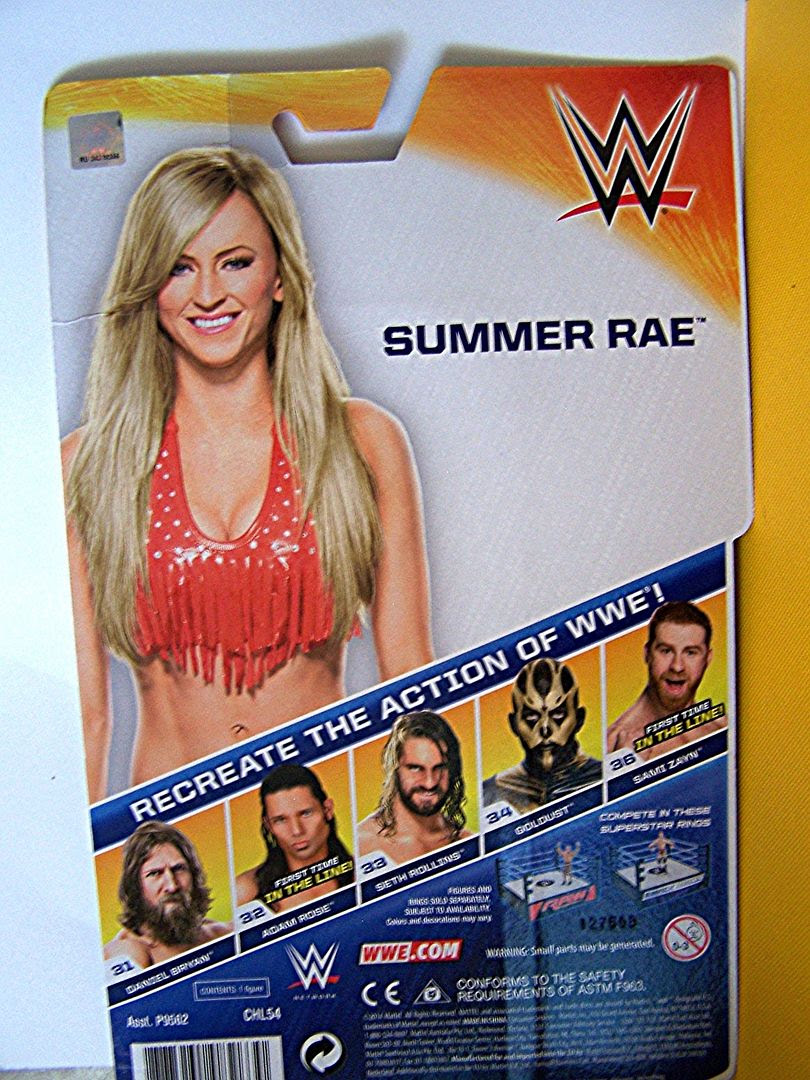 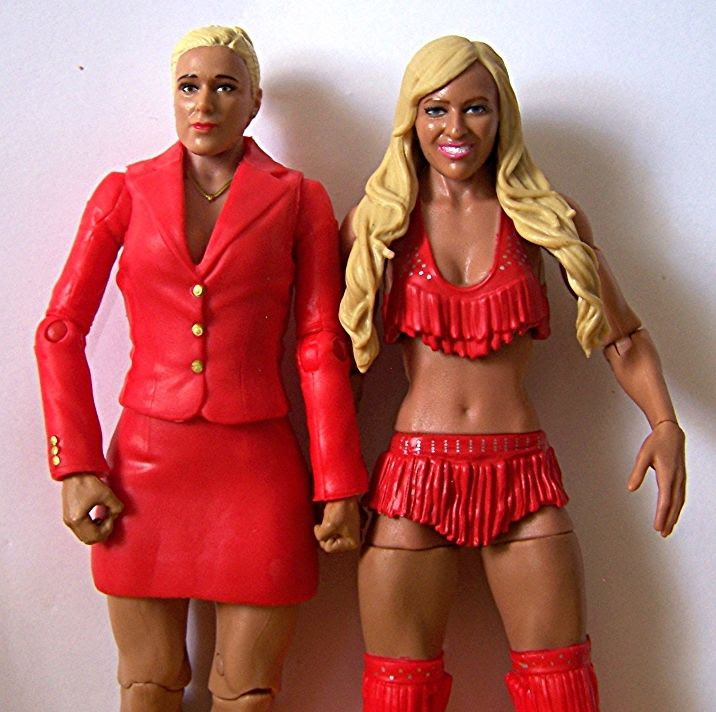