There really isn't a lot to write about Sheriff.    He is who he is and that's that.    He doesn't have a lot of fancy variations like Lightning McQueen and Mater.  He's not even really one of the main characters in the sense that I don't feel like he is that popular because Luigi and Guido seem to have more appeal for kids.    But Sheriff is still a lead role in the movie "Cars".   He is the law of Radiator Springs and without him the movie would have been so much different.    In a lot of ways, as a character, he reminds me of Doc Hudson only Sheriff doesn't have the same racing past.    Perhaps one of my favorite moments in the movie "Cars" is when Lightning McQueen tricks Mater into letting him go and consequently McQueen only gets so far after running out of gas.   So who is there to tell him they wouldn't give him enough gas to get away but Sheriff.

The car itself is exactly how it appears in the movie and is just such a great addition to any collection because it has that classic police car feel to it and yet was still in the somewhat modern Radiator Springs.    For us, this was something which needed to be in our collection to complete our Radiator Springs family.    But if you were to be someone who collected police cars (And I believe that could be a thing) then this would also have to be a part of your collection.    There isn't really a big chase scene or anything like that with Sheriff, as he is mostly there as a guard more than an action hero, but still, I am a fan of the character and this toy as well and not just because I was anticipating finding him so much as a single carded car after realzing he came in the two pack with Doc Hudson. 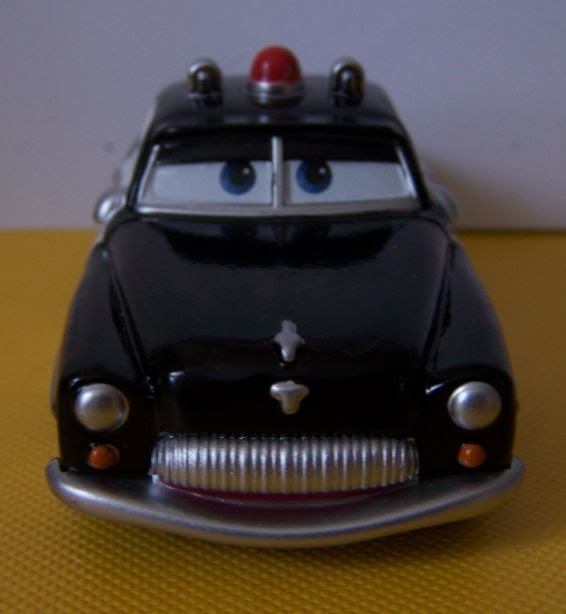 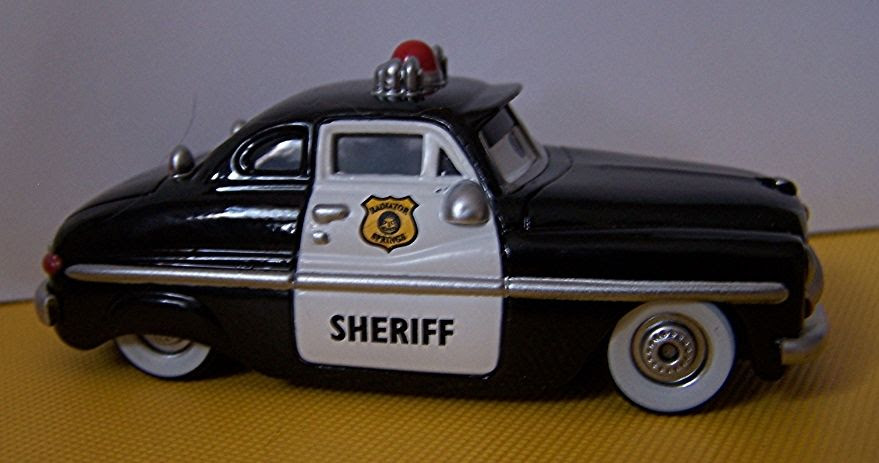 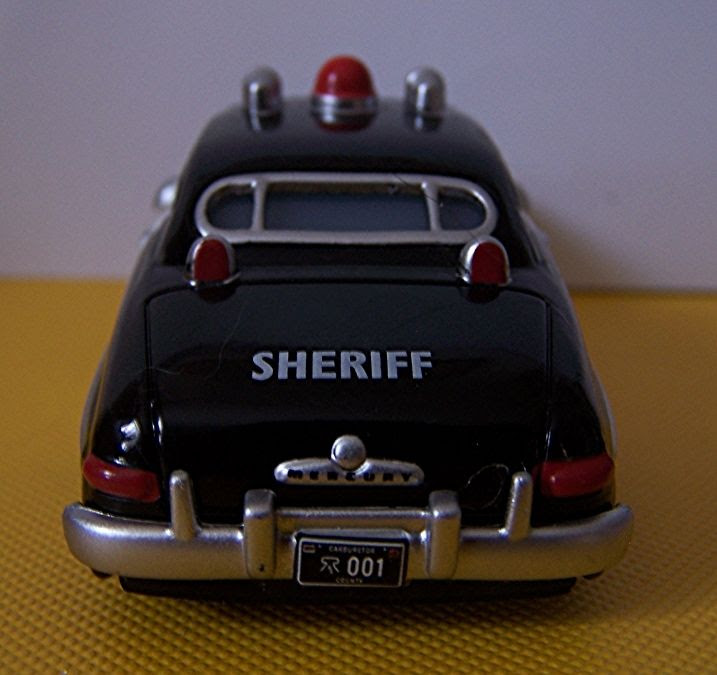 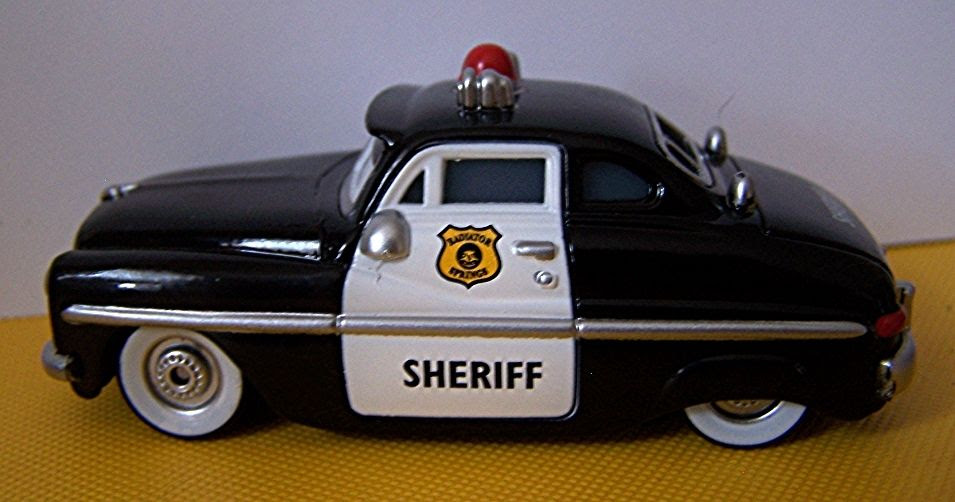 Posted by Joshua Macala at 4:54 AM