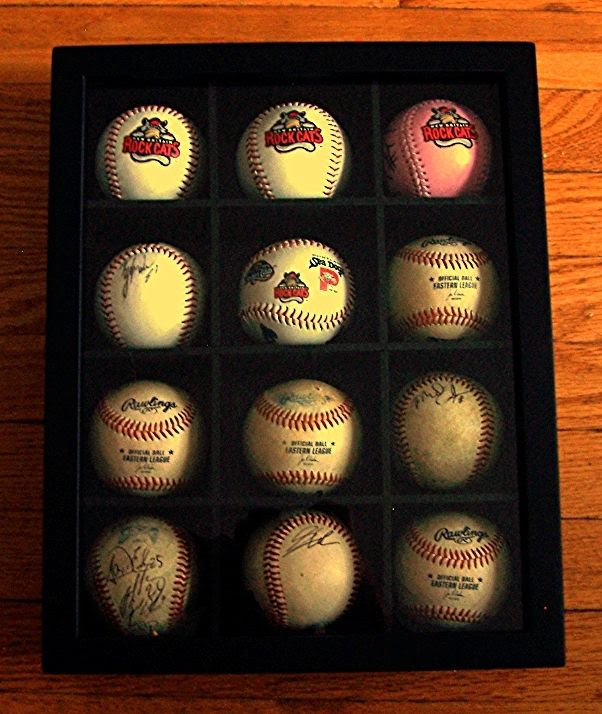 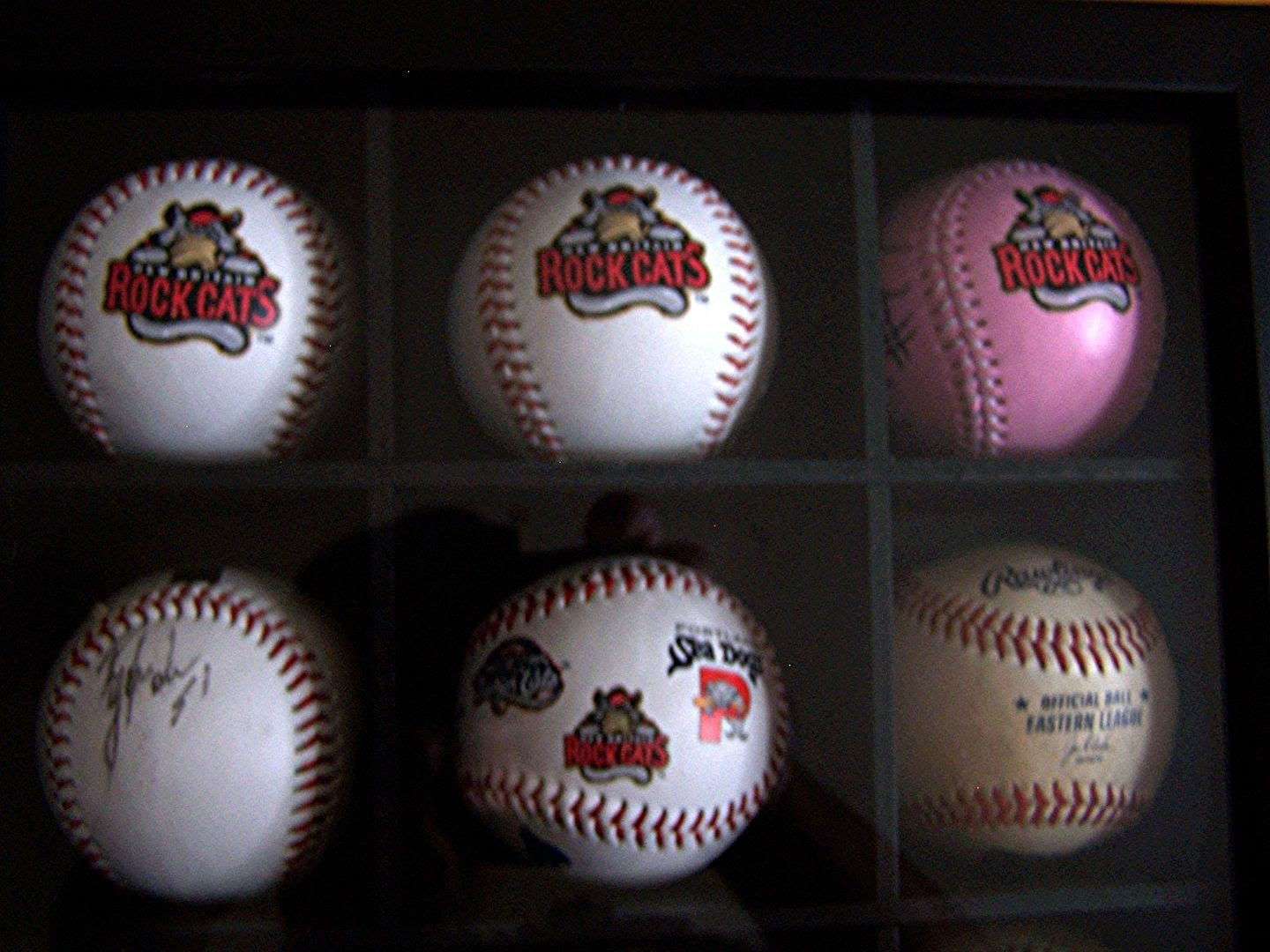 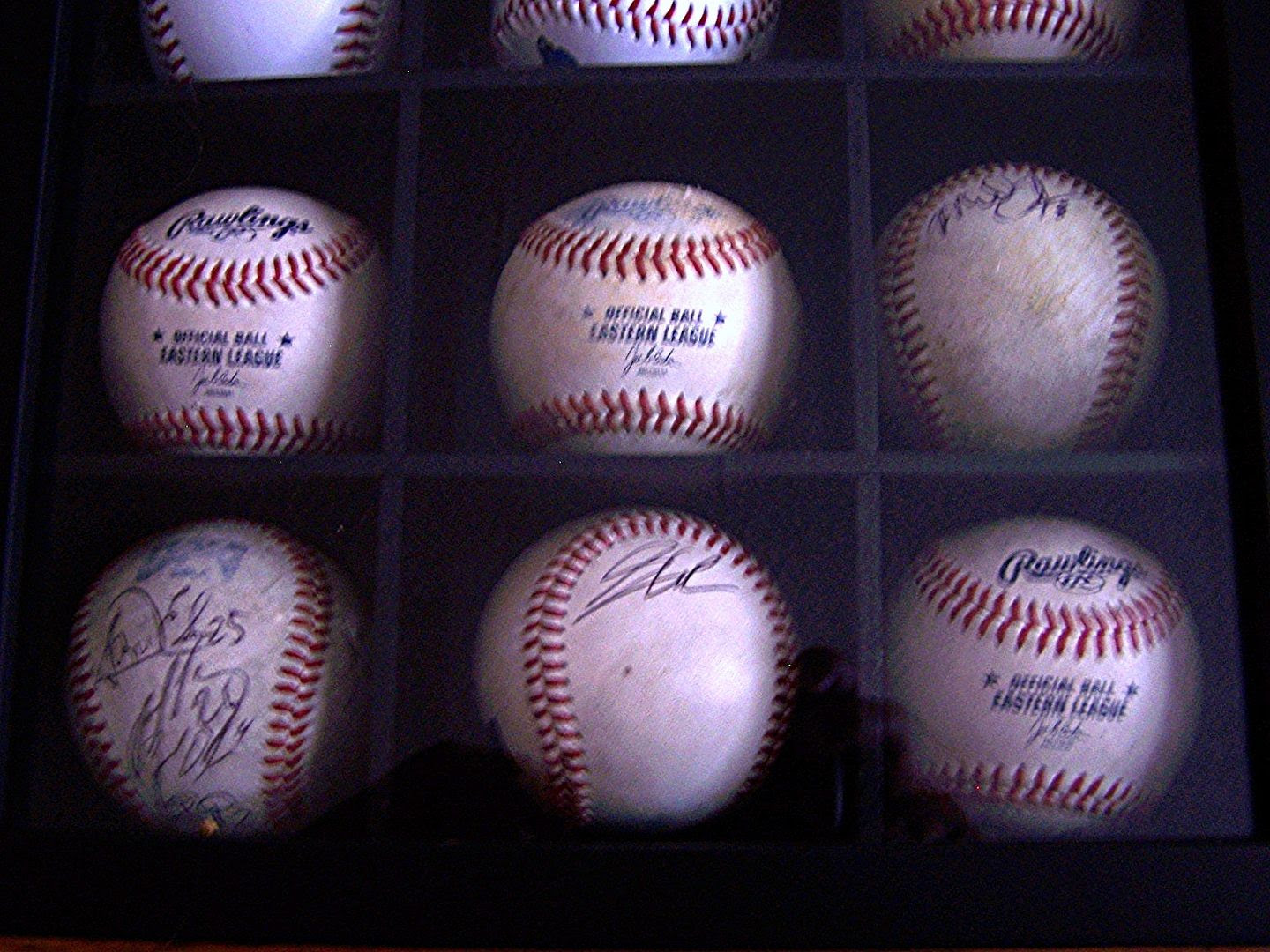 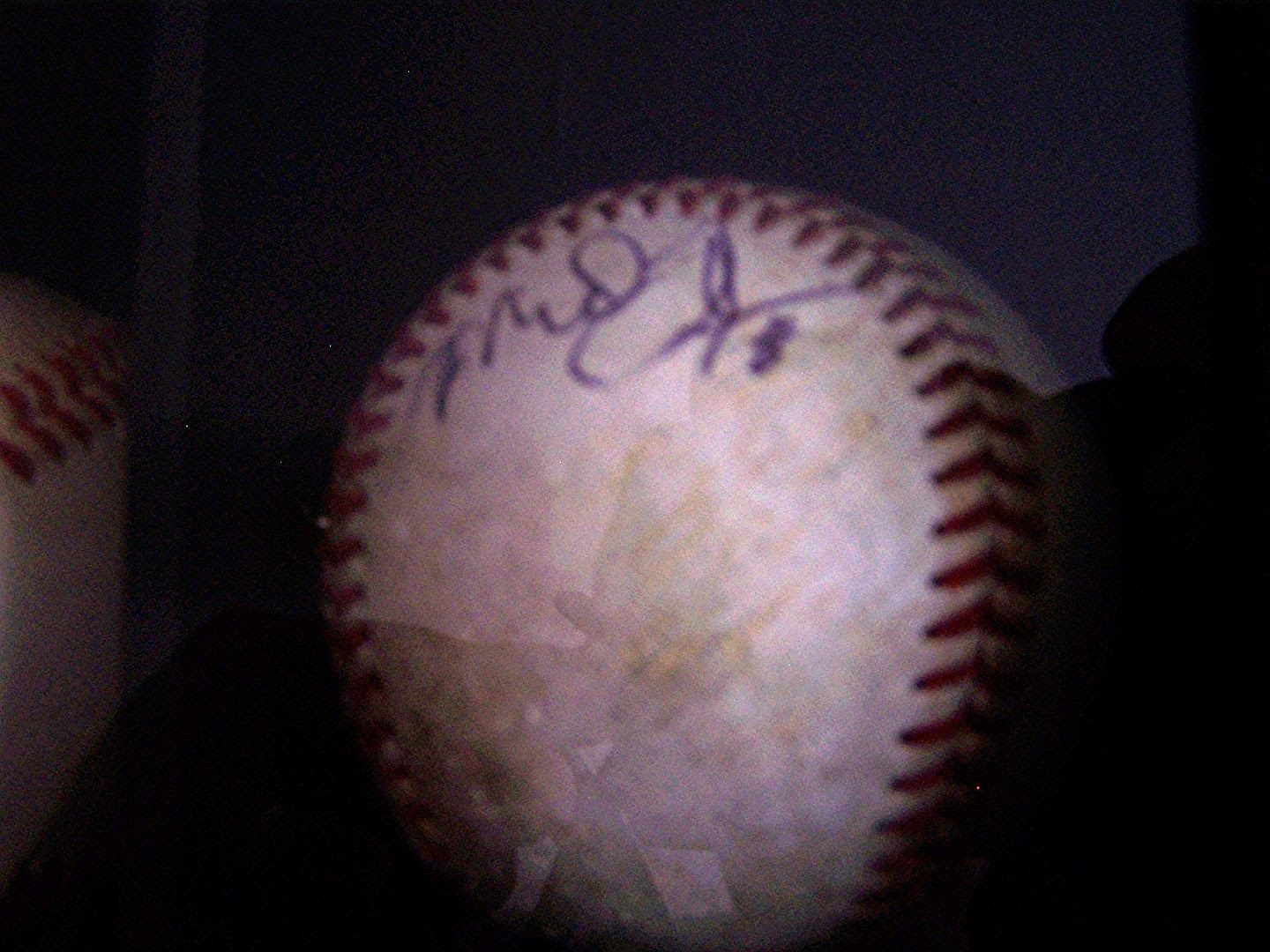 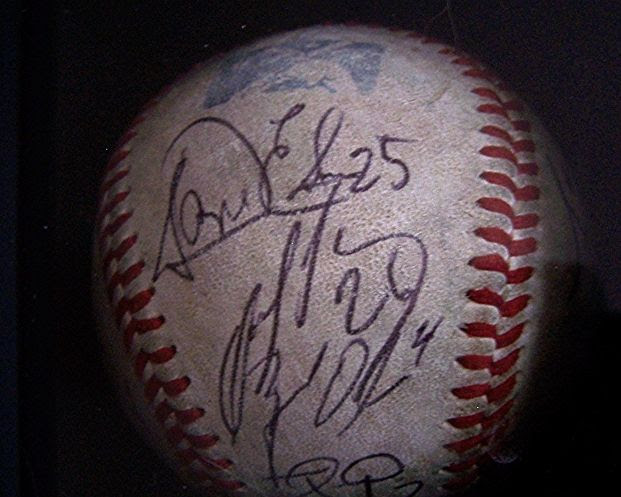 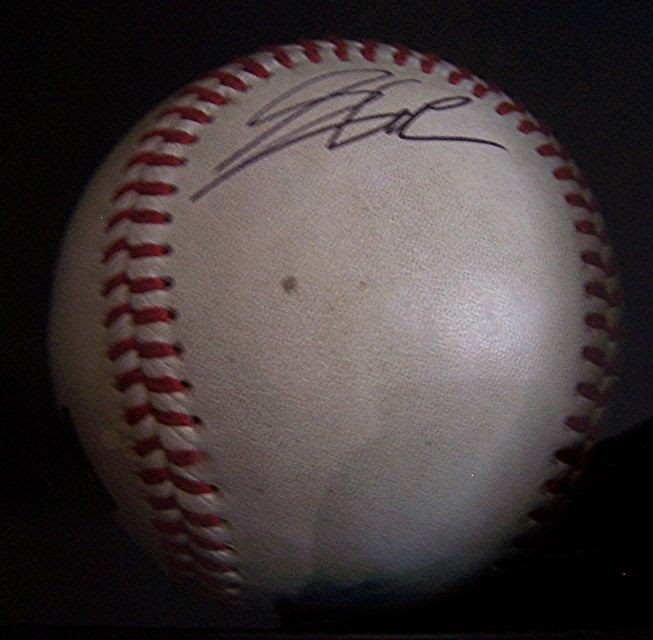 Numbered by starting with the top row and going from left to right.   The Pink ball should be used as an accurate guide.

(1) This was the first baseball Quentin ever got which was from his first-ever Rock Cats game in the 2014 season against the B-Mets.   Looking back we probably should have told more people who worked there that it was his first game, but one employee seemed like she could sense it because she handed this ball to Quentin which does in fact have the Holiday Inn logo on the back as well.    This was also the game with the Rocky Garden Gnome giveaway.

(2) Quentin's second baseball game, also in the 2014 season, and also his Great Aunt Jen's birthday party.   All of the kids got free Rock Cats balls with the Holiday Inn logo on the back.    This was also the Lunchbox giveaway.

(3) Pink in the Park Promotion 2015.   Women over 18 got this ball for free, so obviously my wife got it but it now sits in this display case with our son's collection.  It is also signed by Rocky.

(4) Rock Cats Logo baseball purchased straight up from the Third Base Shop for $6.   Signed by one of my favorite pitchers Ryan Carpenter.   Also known as the "Ryan Carpenter Ball".

(5) Eastern League Logos baseball purchased straight up from the Third Base Shop for $6.   This will be the last time this ball features the Rock Cats logo so I can only imagine the hassle which will occur next season not only for the Hartford Yard Goats but for teams everywhere that sell these baseballs at their shops.   it just serves as a greater reminder of how big a change this whole team thing really is, as teams like the Portland Sea Dogs and New Hampshire Fisher Cats have to replace these balls the same way that the Rock Cats do when turning into the Yard Goats.

(6) Batting Practice baseball given to Quentin by an older boy at the 6/6/15 Rock Cats game.   Quentin's first (sort of) game-used ball.

(7) Last baseball used in the 7/22/15 Rock Cats vs. B-Mets game given to Quentin by a B-Mets player from their dugout.

(8) Game used baseball used in the 7/22/15 Rock Cats vs. B-Mets game given to Quentin by an employee after the game.

(11) Game used baseball given to Quentin by an older boy at the 8/6/15 Rock Cats vs. Curve game.   This was the last week day-day game of the Rock Cats season.   We stayed after the game to have Shane Carle autograph it.   Also known as the "Shane Carle ball".

(12) Game used baseball from the first game of the Rock Cats vs. Thunder double header on 8/12/15.   Given to Quentin by an older fan who seemed like he knew a kid would appreciate it.   Also Shane Carle's 13th season win to take the lead in the Eastern League.
Posted by Joshua Macala at 11:56 AM