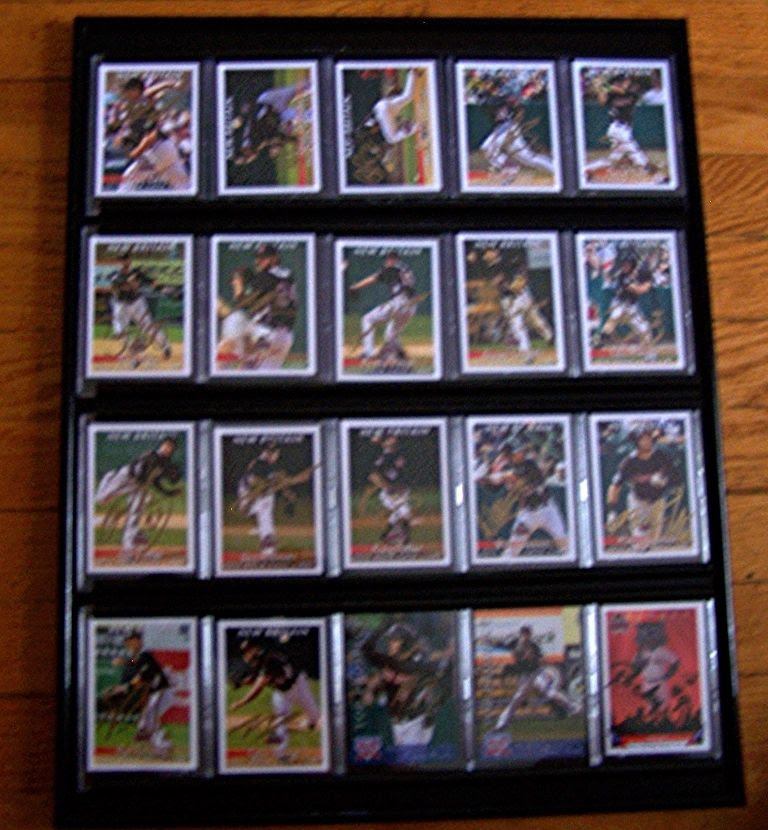 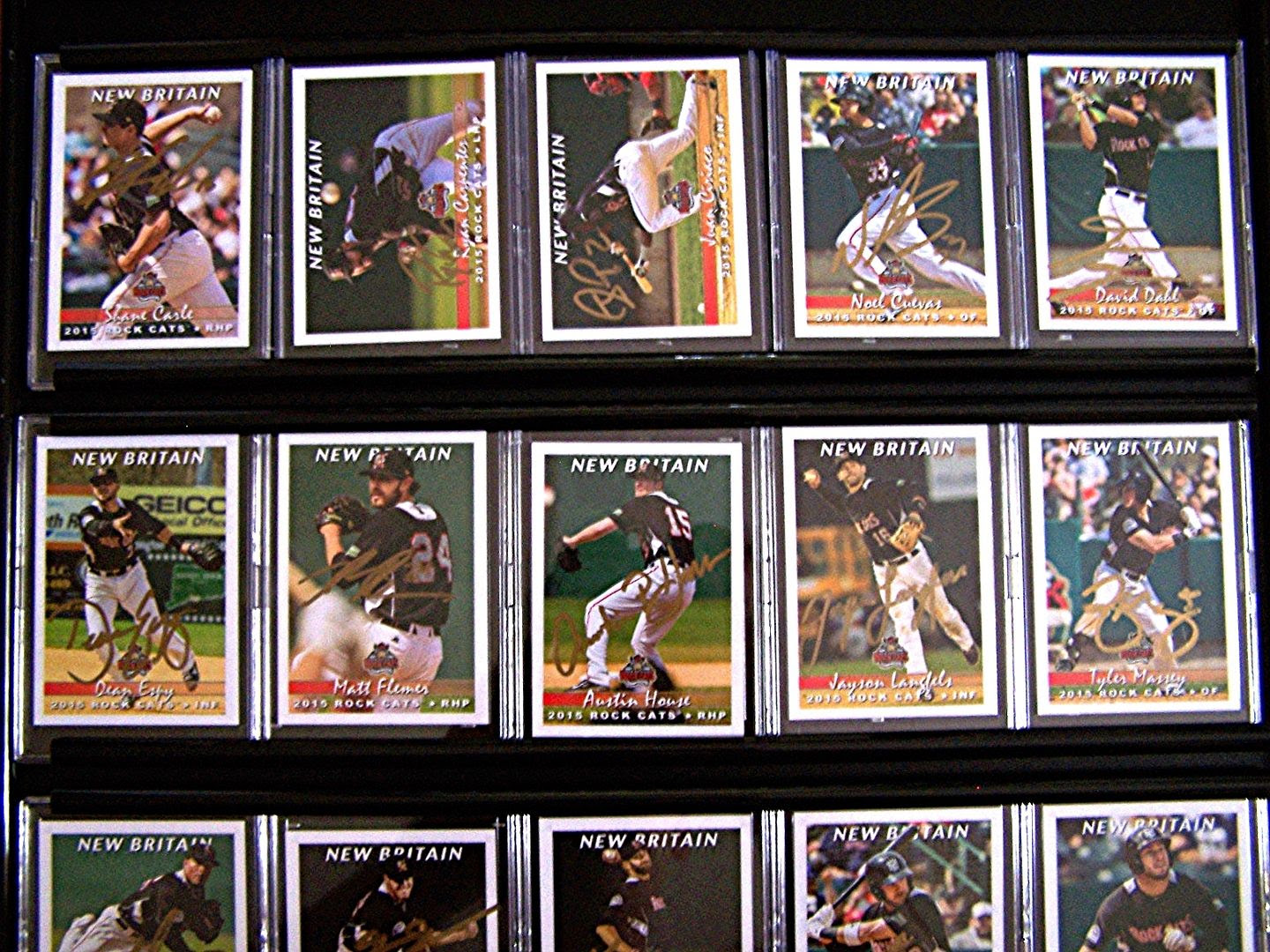 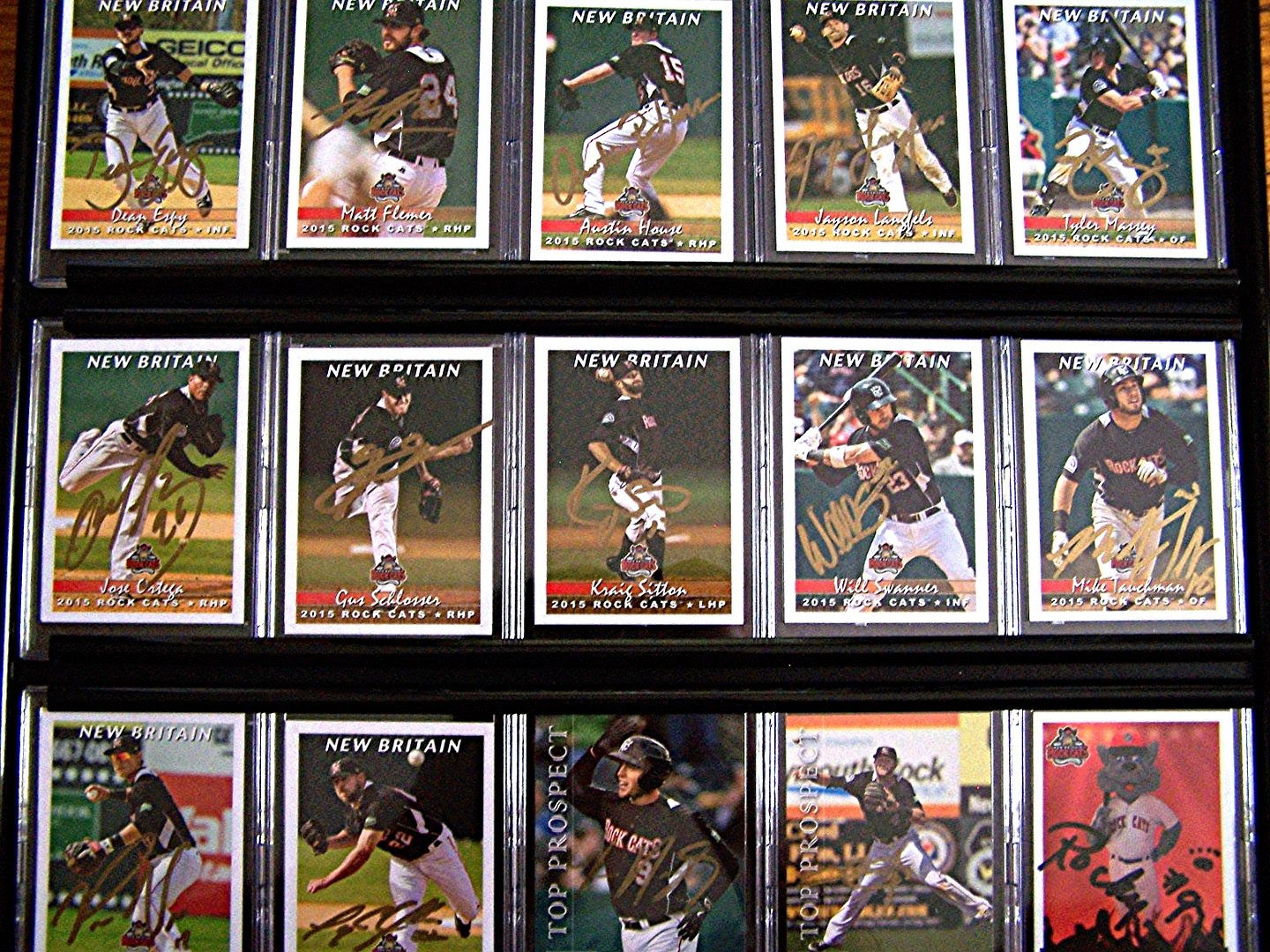 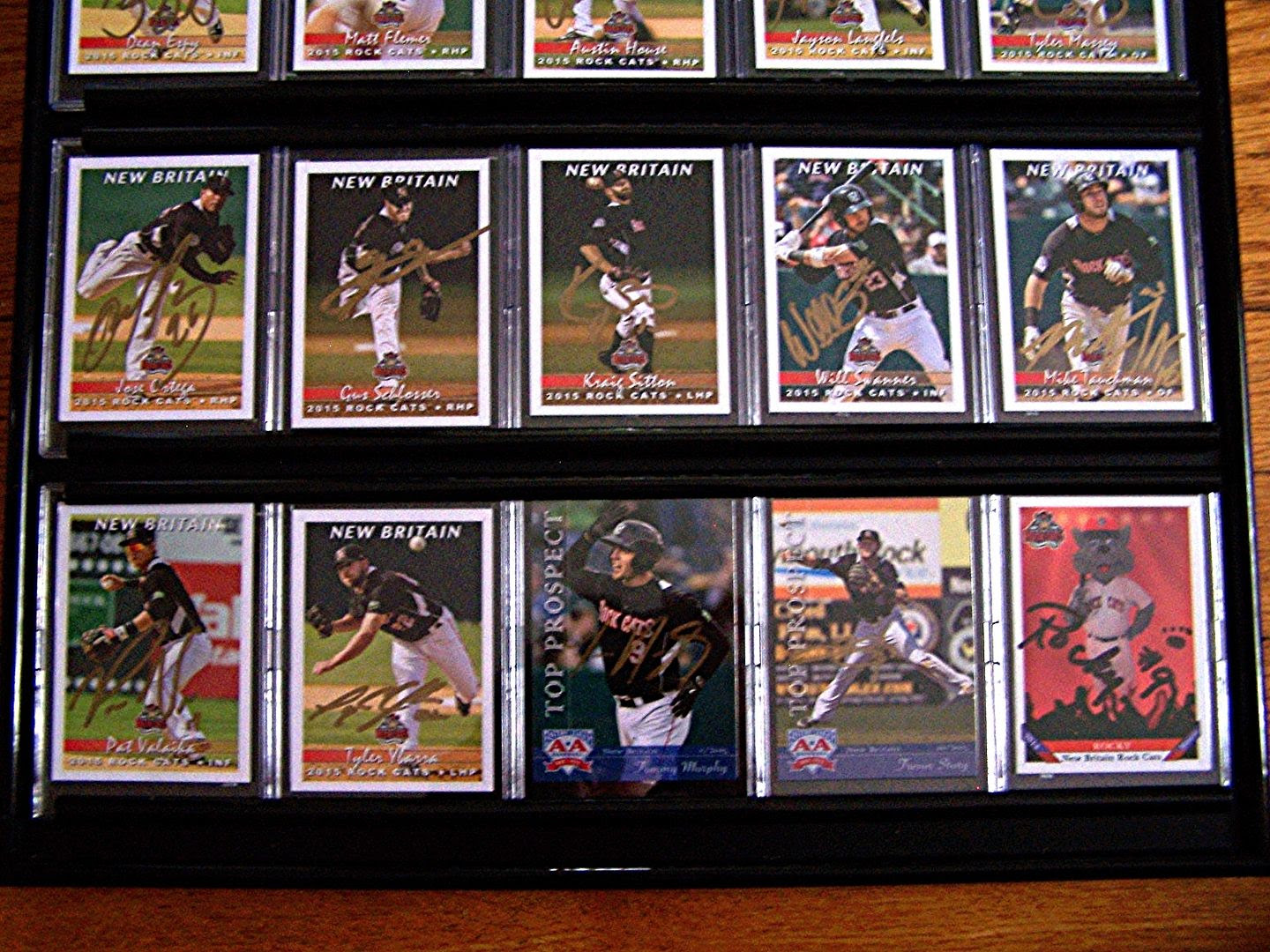 This was the last season for the New Britain Rock Cats to play at New Britain Stadium as they going off to become the Hartford Yard Goats and play in Dunkin Donuts Stadium in the 2016 season.   As it would turn out this was also Quentin's first real season of going to many baseball games and so as one era ended and another began I decided to commemorate the occasion by having the team set not only signed by each of the players but also framed up nicely for display.

Some notes: Tom Murphy and Trevor Story both moved up to Triple A before we could get their team set cards signed but we did get their Top Prospects cards signed so those are in here instead.  It was also Quentin's choice to put the card of Rocky in here even though that is from the 2014 team set and we had that signed during one of the two games Quentin attended in the 2014 season.

And this is a list of who is who because we didn't get three of the cards signed by players who were no longer on the Rock Cats when the set came out, we didn't bother trying for any of the manager/coach types and though Abel Baker did sign his card from the 2015 team set it simply does not appear in this frame.

Big thanks to everyone for signing as you have made a piece of history for a little boy who has a long time to appreciate and love the game of baseball ahead of him still.
Posted by Joshua Macala at 11:56 AM