When I received this cassette in the mail I didn't think much of it other than how I treat any other cassette when I get it in the mail.    The cassettes I need to listen to for reviews are all in one area, any sort of paperwork/stickers/buttons/etc. that comes with them goes in another place and then anything that is related to how they were mailed (bubble mailer, box, etc) is quickly discarded.    I still keep notes the old fashioned way- in a notebook, written out in pen- and so every time a cassette or piece of physical media comes in for me to review it gets a page in my notebook.   I wasn't sure what to call this one because the font wasn't easy for me to decode so I just noted that it was "Involition 001" and left it at that.

Then it became time to listen to it and review it, which for me means going on Bandcamp and finding the link and other details I want to post with it (cost and edition if available)  Only when I searched for "Involition 001" the results were... vague.   Nothing from Bandcamp, Google or my email could help me figure out what this is supposed to be.   So I did what anyone in my situation would do and I posted a picture to Facebook and asked what my Facebook friends thought this might say.   I was getting desperate, searching various ideas of what I thought the words could be in my email sent folder, Google, Bandcamp and I even checked my browsing history.

You know what finally did it for me?  I narrowed my search results down through my email by searching only for emails which had my address in them.   This cassette was sent to me so obviously whoever sent it to me had my address which means I probably sent it to them via email.  (I checked my Facebook messages but they wouldn't let me see previous messages before I gave people my address so luckily that wasn't where I needed to look)    After a short while I found a result with the word "Veil" in it and it stuck out to me because I was looking for something with a four letter word.   I had all sorts of ideas as to what this could be- Cechko Deli was among my favorites- but I knew that the first and third letter of the first word were the same so I was happy to finally decipher this one.

"SOLAR SEQUENCE" begins with basement banging and eerie whirrs.   There are tones like that serious "Law & Order" theme but there is a darkness to them and in some ways it does seem as if they're mixed with a Halloween sound effects CD you might buy.   Though I am sure there are Halloween sound effects on cassette so to imagine that being spliced with this somehow makes me happier.    Demonic whispers as vocals appear to be summoning us to Hell and there are also some Transformers sounds.   This is heavy, yet slow and there is some sharpness within an ambient fog as well.

Whirrs whoosh around like pained screams of trapped souls and it takes a turn to be on the cusp of metal, yet somehow there are still some metal undertones to it which makes it that much more amazing.   Elements of I Like You, Go Home come out but I can't really compare this with too many other artists as it makes me think of the first time I even heard ILYGH.   Big bass beats come through in a crushing manner and the vocals continue to neither sing nor scream but have the feeling as if someone is putting a curse on you.

On Side B the beats are closer to drumming and there is a crawling, building sense to the music.   It's in the darkness with slightly muted vocals and then the vocals come out as full on singing which was something not heard on Side A.   The sound can best be described as a droning sort of metal with chanting mixed into it, as if some group of people are locked in a circle and trying to conjure up some ancient spirit.    Pulsating, deep synth bass brings about a rhythm with it and that sense of demon vocals returns as well.  It takes on a very strong sense of chanting before the end of it comes.

I'm not really one to think this about music- so please take it seriously- but to me this music sounds as if it would have the effect as an audio cassette that "The Ring" had as a videotape.  I wonder after listening to it if the font was designed as such to keep those away who would use to promote the forces of evil because while listening to it by itself isn't going to do any harm (I haven't had to call the Ghostbusters yet) it might be a case of having to arrange a certain presentation or read some words along with the playing of it as a spell.    Whether or not you fully believe in such things does not matter because at the end of the day it doesn't even matter if I do or not.   What matters is that this music is powerful enough and threatening enough to make me feel that way which is just a testament to how truly remarkable it is. 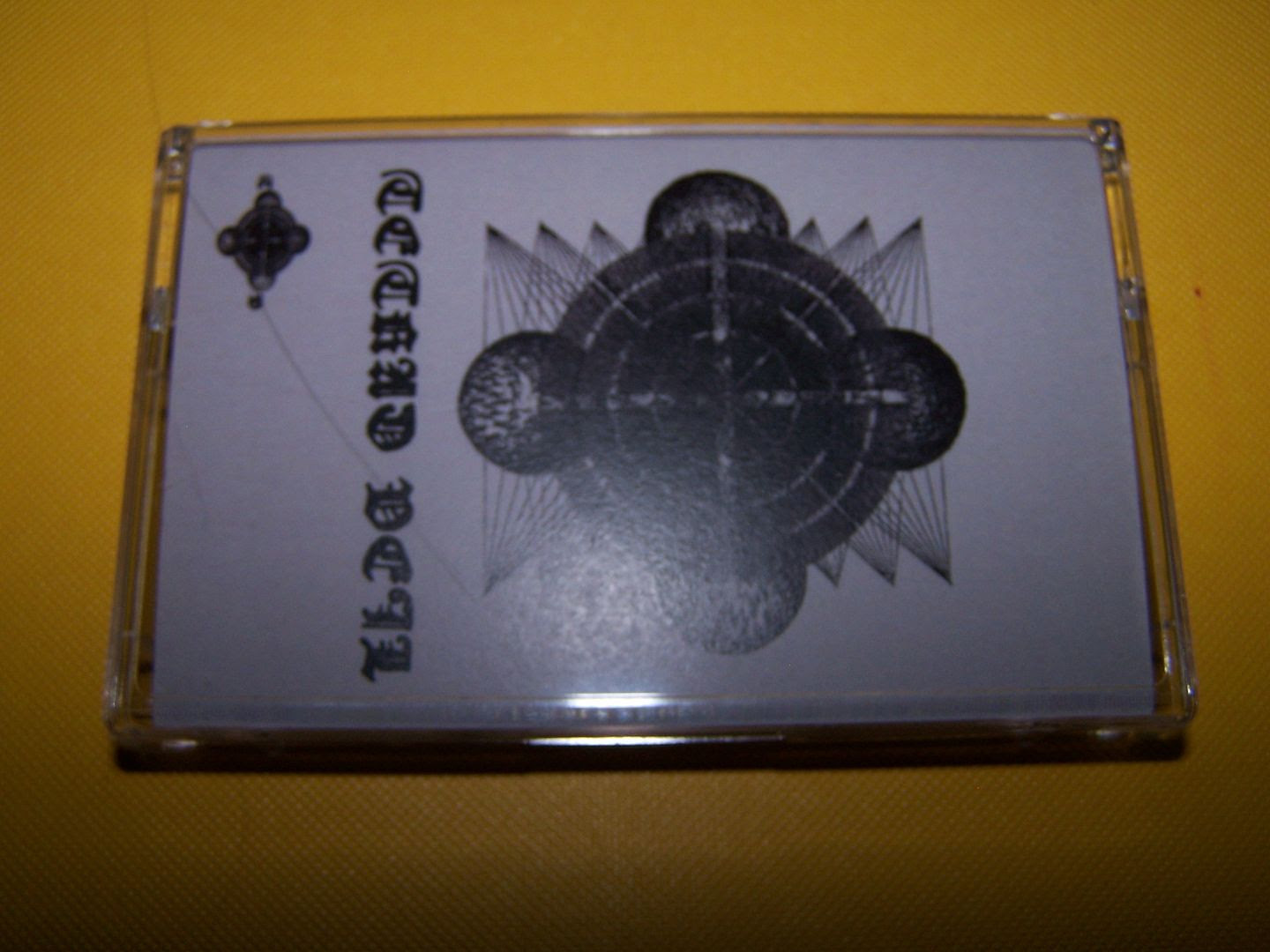 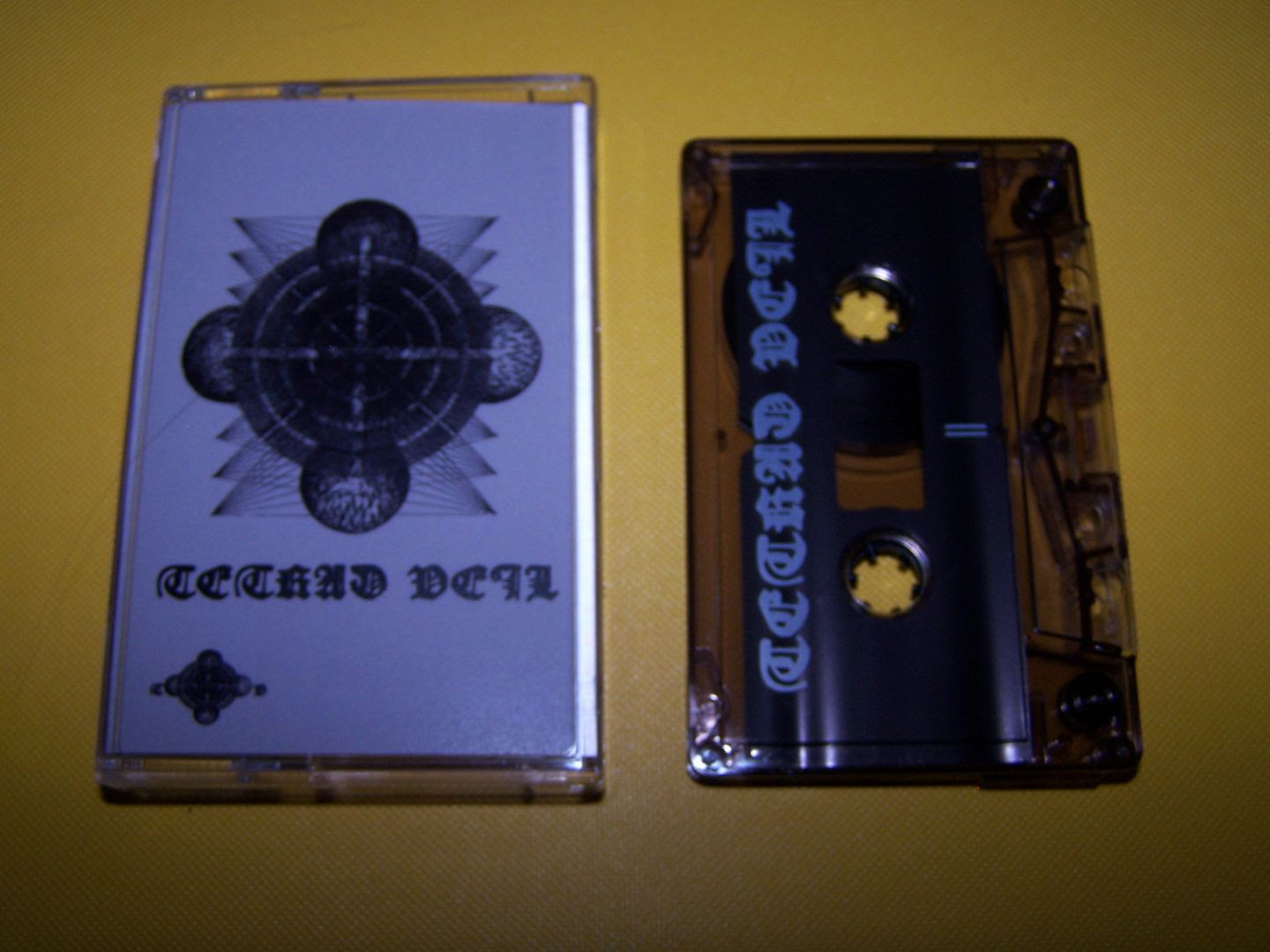 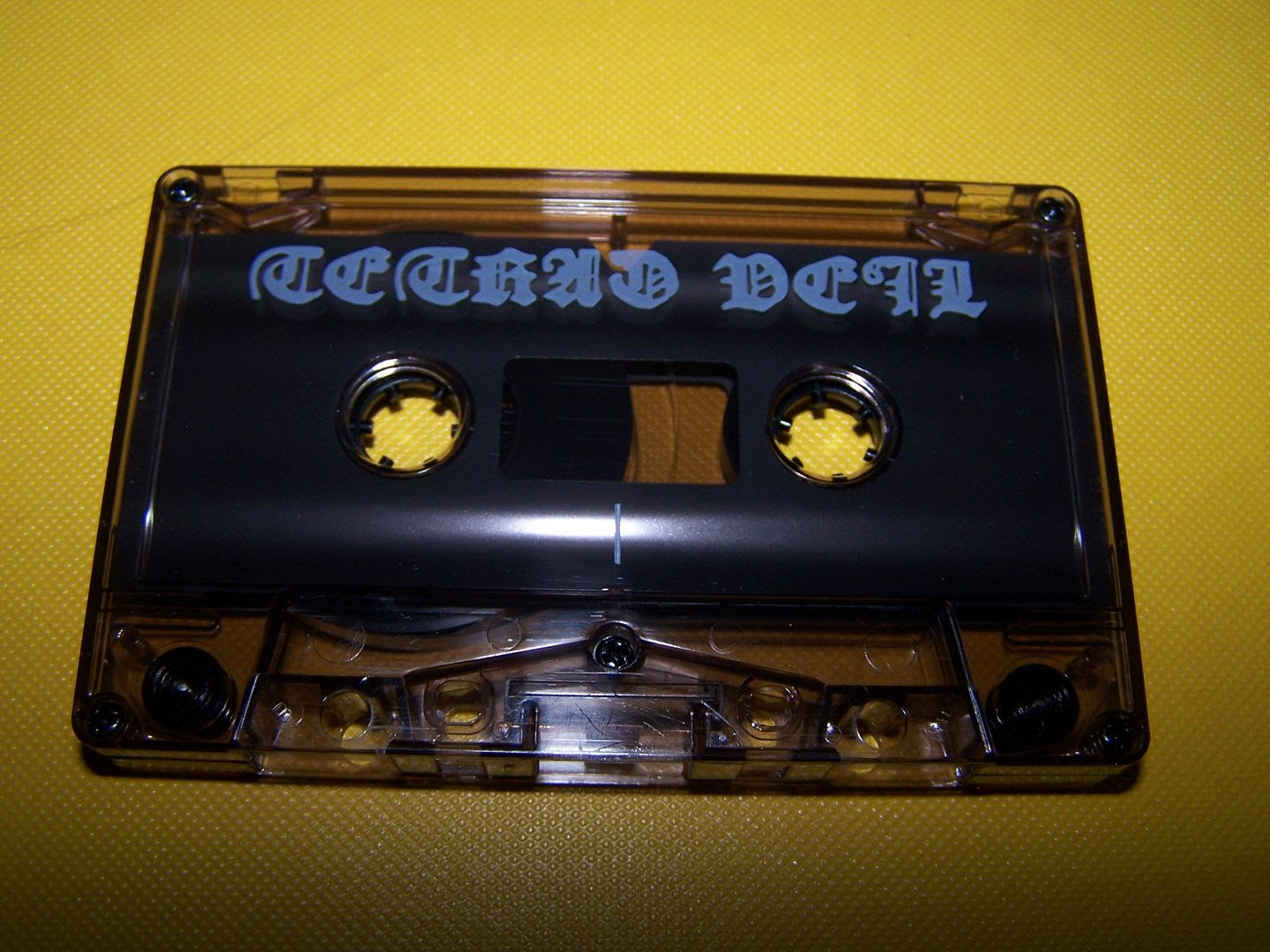 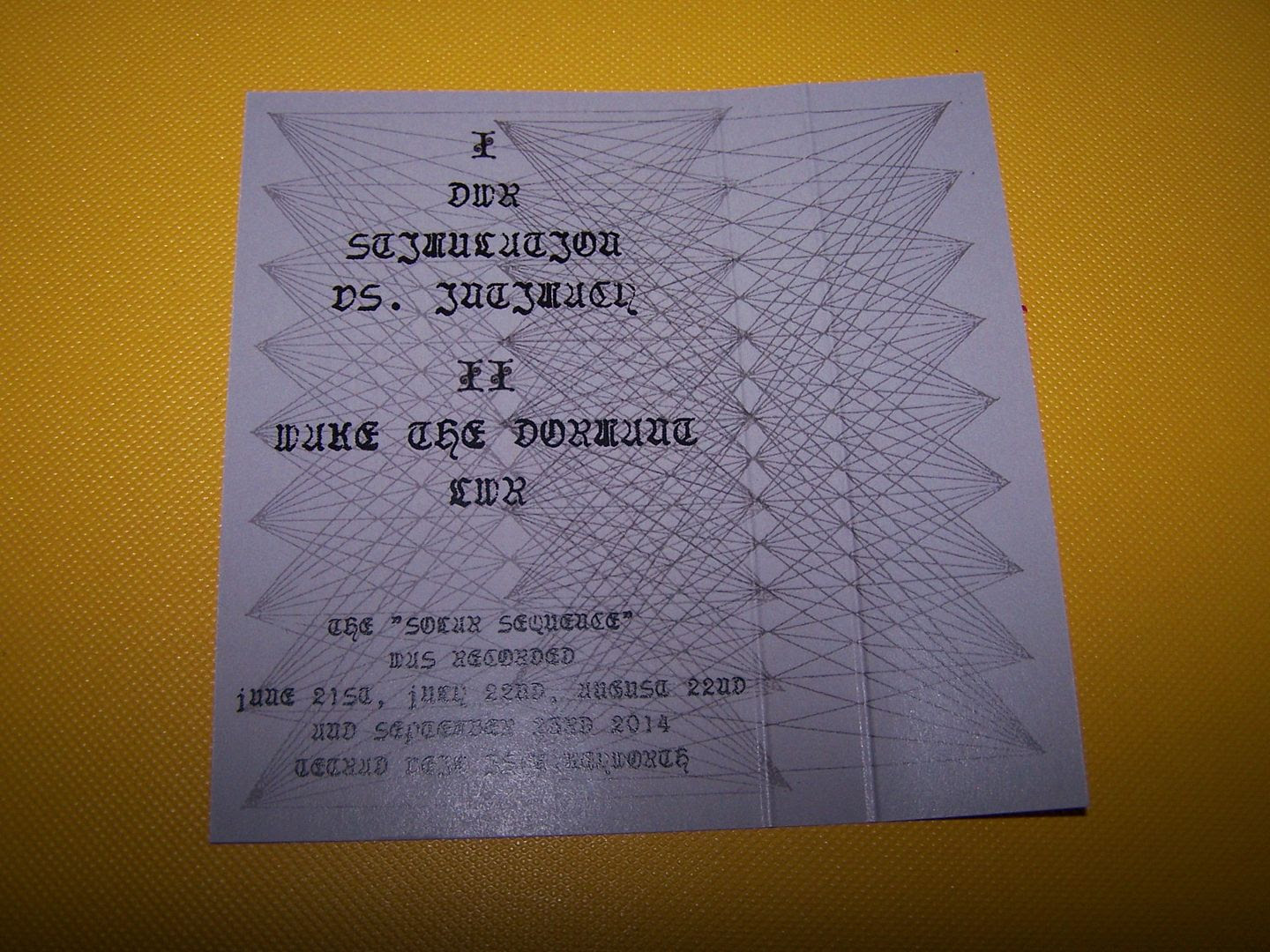 Posted by Joshua Macala at 6:44 AM