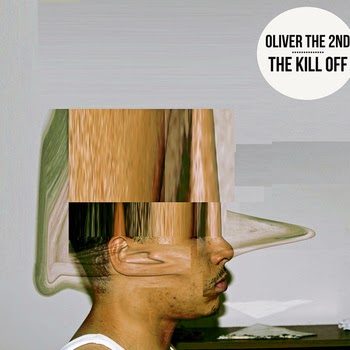 The first thing that punches me in the face with this tape is that there is an audio clip with wrestling commentary on it and I shit you not, they are talking about the WWE wrestler JTG.   For those who don’t know, JTG is a professional wrestler employed by WWE, the biggest professional wrestling company in the world, and in his years upon years of time there he has done… Well, not a lot of much.  There exists a clock somewhere that counts every second JTG is employed by WWE.   WWE has shows like “Main Event” and “Superstars” where enhancement talent appear, but yet JTG isn’t even on those.

This has, of course, lead to quite a bit of speculation in the Internet Wrestling Community as to what type of information JTG has on his employer, to basically be paid for a job he is no longer doing and should’ve probably been fired from years ago.   True Fact: 95% of WWE fans think JTG has already been fired by WWE.

The JTG references come back later on as well, but I just thought what an odd piece of commentary to throw into the mix, yet what a conversation starter.  Is it also bad that my first thought was that perhaps that particular audio clip was included because Oliver the 2nd is really JTG or one his family members/close friends?  I was just waiting for the line, “I was in WWE / Now nobody knows me”

Rather than telling the same old stories of rappers I grew up with on cassette, I think it might be worth noting now that in the late 1990’s/early 2000’s I purchased a total of only two hip hop CDs.  I listened to them non-stop and knew every word, probably still do.   The first was from Nas, and the second was Fabolous.  I only find this worth making mention of because I can hear Fabolous in these songs, but don’t really have too much of another leg to stand on past that because after those two CDs, my hip hop itch didn’t come back until Sage Francis signed to Epitaph.

I do like this a lot though, JTG references and all, and my favorite line has to be “What’s the sense of having sense if you don’t ever use it?”  Whenever I find myself quoting a rapper, I know I’m hooked for life.  It might not happen as often as I’d like, but when it does it’s not messing around.
Posted by Joshua Macala at 6:32 AM