MP3 REVIEW: Minor Alps “Get There”

When you think of the greatest team ups of all time, you might think of a different list than I, yet just this year we had a most influential singer/songwriter type join forces with an emcee to bring us one of my favorite albums of 2013 and just in general. 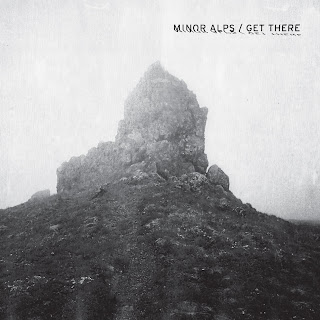 While the style of the two co-conspirators on this project may not be that vastly different, the result of their pairing is probably not what you would expect.  Nada Surf has long been one of my favorite bands, back when I realized that “Popular” was the worst song on that album it came from.   Julia Hatfield has been a steady force in my life even if I didn’t realize it until just this year and really began getting into her music again.

The question is not whether this will be good because given the parties involved it almost has to be, but rather who is going to take more of their style and put it into the end result.    Will this sound more like Nada Surf or Juliana Hatfield Three?

In the end, you find that this actually has more of a folk quality to it, not quite like either musician individually, and it reminds me more of something like a Johnny Cash and June Carter composition.   This is really good even though it’s not really what I was expecting.
Posted by Joshua Macala at 6:10 AM