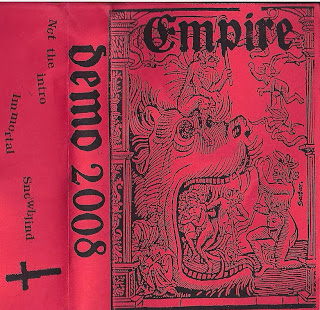 These are three songs that are fast paced hardcore that you should know Empire for by now.  I actually have a cassette to review for Empire but haven’t found the time quite yet (Though I do have notes on it)


While I do find it nice to have these three songs in general, I’d much rather have the limited handmade cassette, but that will probably never happen due to people who have them not wanting to sell them.
Posted by Joshua Macala at 8:29 AM