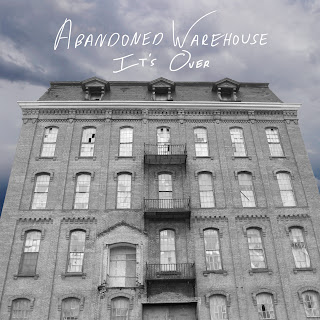 My immediate thought when listening to this album by Abandoned Warehouse, whom I have never heard before, was that it was radio pop rock and I wanted it dead.   But, I must confess that the further into this I listened and the more of a chance I gave it, the more it won me over.

The songs can come off sounding like Polyvinyl would put out, maybe years ago, but they can also fringe on the pop side which does make you think of radio bands that you tend to turn off if you hear them, well, anywhere.   But enough of the goodness is coming through that it outweighs any notions I have about it being radio and too much pop.

While this is certainly not the type of music that I normally listen to, if you hear this guy belt out these lyrics with the accompanying music, you too shall be won over.   Think less like Creed and more like The Honorary Title, who I did like for a time as well.
Posted by Joshua Macala at 9:56 AM