<1> “Life’s That” – We open with a loop of noises into a drum beat.    Then we start the melody.  If I remember correctly, The Watermark High is instrumental.   We’re at the 1:30 mark of this song and so far it’s been a lot of fun.   Now we have some new sounds coming in.   I’m not exactly sure what all instruments are making these tunes, so it’s hard for me to describe.   A nice piano breakdown is something I can sense however.    Being upbeat, I’d like to compare this with The Rocket Summer.

<2> “… Good About This (Hello Star)” – This starts with a little bit more funk.  Then some vocals that would push this into the seapunk genre.   jPeg Artifacts comes to mind right now.   This has this certain quality of soul to it… I don’t want to say that the first song was pop, but it did have a happy feel to it.  This song would be taking that happiness away and replacing it with the blues.   Primitive Radio Gods comes to my mind now. 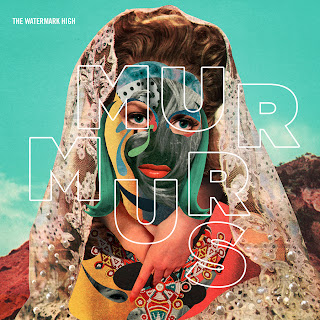 <3> “Burn the Ships” – Pick a station, please!   This is like a sound clip you’d hear in between shows on Adult Swim.  It’s not industrial, but it has that manufactured sound to it, if that makes sense.   Again, we’re one modem away from being seapunk, and, no, Francine, not all songs are one modem away from seapunk.    Around the two minute mark, we’re into this almost jazz breakdown of sorts.   Admittedly, I’ve never been one incredibly familiar with looping, but I feel like this song is using a lot of loops, as have the songs before it for that matter.   And now around 3:35, we appear to have entered a sub-song and, yes, much like my seapunk comparison before, this portion of the song could very well be 8bit.   And I like to view 8bit music and seapunk as being sort of like cousins.   Whether or not that was the longest song on this EP, it still took a nice turn at the end there.

<4> “(Okay) Forever, Okay” – We begin this time with a beat and sticky clapping.   Now some other noises are coming in the background and I’m feeling a reggae vibe.  Oh, and now it’s that little clicking bastard from the drum machine.   Some faint vocals.   Two people are saying something back and forth, and the male vocals just say “Okay”.   Can’t tell what the female vocals are saying, but does it matter?  *whipcrack*   I think she might be speaking French, even though now that we’re approaching the two minute mark, I can definitely hear her saying “forever”.    Last time someone told me “forever” like that she went and got with my good friend Steve, yes my very good friend Steve.    I almost feel like this guy is saying “Okay dokay, which is kind of funny.

<5> “Evolve Already” – Whoa, this is like the 8bit remix of what happens when Dr. Dre meets 2Pac.   This definitely has the correct NES noises in it for me to say that this, at its base, is definitely 8bit.   There is also a steady drum beat.   And now it’s getting all chillwave, but Mario is still collecting those coins.   Raise your hand if you’d like to hear someone free verse over this song.   Well, only if they went hard like Dre and had the love of 2Pac.   Okay, you know (I don’t know if this still exists but I’m assuming that it does) people buy cars to trick out as low riders, and then they drive them around, bounce ‘em up and down and have the music playing from them?   That’s what this song would be the perfect soundtrack for if the car was not your typical low rider and something out of a video game.   Or possibly Knight Rider.
Posted by Joshua Macala at 7:57 AM