<1> “Blue Mom Day” – We begin with some guitar chords turned into notes with a drum beat.  It’s got a light sound to it I don’t want to relate to Coldplay, but it’s definitely along those lines.   It also has some bands coming out like Pinback and the Sergeant House gang.   This is keeping a steady beat along the whole song, but then has these individual notes, so intricately placed through the song that you can tell this guy knows what he’s doing. 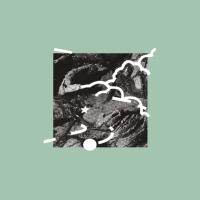 <2> “Sign Language” – This begins with the clanking of chains or someone walking with pockets full of coins.   Then the drum machine comes in or maybe it’s the guitar I’m not sure which has the more prominent sound here.   This almost makes me think it’s going to go into something along the lines of Phoenix or Neon Trees, whatever category those bands fall under.   This also has that hint of electronica into the music, which is something that Toro Y Moi, Observer Drift and Work Drugs do oh so well.   But the guitar line in this does sound more FNL than the previous song.    And now it’s skipping on purpose to end the track.

<3> “Dream Scheme” – Behold the drums!  Behold the indie rock guitar!   This has a Pinback feel to it for sure, or just a band around the time of Volcano, I’m Still Excited!! from the days of Polyvinyl (Though Polyvinyl is still quite good, or at least they have a few good bands)   And I can barely hear vocals coming through, if only a word.

<4> “Words Poorly Spoken” – This song begins a bit quieter and is now drumming into a slightly different tune.   Whenever I listen to instrumental music (which is a lot more often than it had been) I always try to see if it is something more than what it would be with vocals, i.e. does this song need vocals to make it better.   So far, not a one of these songs could be enhanced by vocals, as they are all strong enough to stand on their own without them.   This is a solid example of how all music does not need words.   And there are bells.

<5> “Too Long” – Whoa, for a minute there it looked like Windows Media Player was going to blow up.   We’re on some clapping and clicking.   Then the guitar comes in with an almost pop rock vibe.  Yeah, you could still relate it to some fun loving indie band, but it also comes out like Bowling for Soup in ways to me.    When it really starts kicking in though, the noises blend together and sound like horse feet clopping.   And now we have a sort of western guitar vibe coming in, which supports my idea of the horse feet thing.   We just need some good gunshot sounds from the drum machine and we’ll be ready for the O.K. Corral.   Don’t hate me, but in ways this also sounds like an inverted version of the “Hey Dude” theme song.

<6> “Outstrumentally” – This song is beginning like a space launch.    This has some background whirs mixed with guitar notes, so in ways it almost takes us back to the beginning.   Then the rhythm kicks in and we’re going FNL here.   But now around two minutes we’re kicking into one of those indie rock bands again.    This still has that awkward bliss of FNL though.

<7> “Relaxology” – We begin with the xylophone into a funky guitar riff.   This goes back to a band like Tera Melos for me.  I like how the xylophone that started the song has stuck with it in various places.  This song seems to be in a loop as well, like a car revving its engine but never going anywhere.   Oh, and now near the 2:30 marker we’re taking off.   This song could almost be the opening theme to some quirky NBC half hour comedy, which is actually a compliment believe it or not.


"Extended Stay" is available for download for $5 via Sunset Alliance at the following link:

http://sunsetalliance.bandcamp.com/album/extended-stay
Posted by Joshua Macala at 8:35 AM