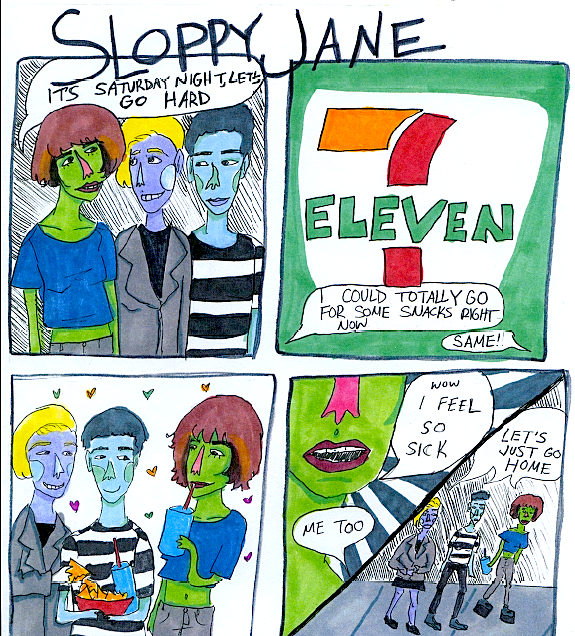 For a moment I feel as if Sloppy Jane is making their first song intentionally bad, as if to scare off people who aren’t really going to appreciate it, because I am rather turned off by the first song but keep going nonetheless and find that it does get much better.

Somewhere in between One-Eyed Doll, Hole, L7, Veruca Salt and The Donnas this can be fairly angry music at times yet still have not as angry sounding lyrics.

But I think that sums up a lot of what Sloppy Jane is about, and I dig that about them.  It’s not so much having tongue in cheek lyrics, with those hidden innuendos as it is seemingly having the hidden meanings but then also just shoving them down your throat.

If only briefly, the songs do manage to maintain some sort of innocence, but then that image is quickly shattered and we are all the better for it.