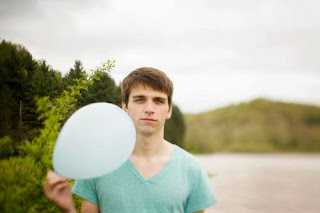 What are you doing for New Year’s Eve?  Yeah?  That many clowns, huh?  Well, if you can somehow put off blacking out or just fill your stomach with some more Red Bull (Editor’s Note: For health purposes, I must state that you should not go on a weeklong energy drink bender, but I am also not your doctor) on the day after New Year’s Eve, you know… uhhh… New Year’s Day, yeah, that sounds about right.

On New Year’s Day, after ringing in the New Year however you best see fit, you can continue to celebrate and make the most of your year by going to BAR in New Haven for their first free Wednesday night show of 2014.

In 2013 (I am typing this in the year 2013 still, but then setting it in the future of 2014, so try and not to get as confused as I might) Brothertiger released a most excellent album of dance pop tunes called “Future Splendors”.    One of the standout albums of the year will also help you to usher in another year of what will hopefully be great music.

You can call it chillwave, synth, indie pop or whatever you want, but bands like this (Which are usually one man bands) are that line between pop that makes me want to kick Justin Bieber in his pre-pubescent crotch and what the metalheads would laugh at me for listening to probably.

More info can be found here:

Photo Credit to Whoever Likes White Balloons
Posted by Joshua Macala at 6:36 AM