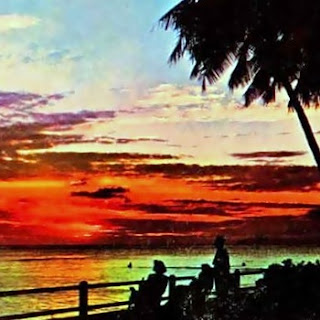 1)      What do you want people to hear most when they hear your music?

Well i guess i would like people to identify with my experience of Nature and surroundings, and the melodies, i allways try to incorporate a sense of melody in my music, that's very important.


2)      Having music on Band Camp, along with other such platforms in music right now such as Sound Cloud, Spotify and others, do you feel that music is moving into a virtual age?  Personally, I fully support the idea of downloading songs for free from Band Camp and then if I like them buying them on vinyl.

Yes, i personally use Spotify alot i think it's great, i also buy a lot of music online, so if i like it i'll buy it. But i also love cd's and Vinyl, i'm old enough to remember bying (Mostly Heavy Metal) lp's ,  but i guess both formats have their advantages and disadvantages.
3)      How important of a factor do you feel that record labels play in music these days when pretty much anyone can put their music on the internet as opposed to having to hand out demo tapes at shows, the distribution record labels can offer, etc.   It just seems like it’s a bit easier these days to succeed as a band- and even build up a strong fan base- before a label possibly comes calling for you.


I think record labels still play an important role in the music industry, especially with labels like Warp or Ninja Tune etc,  i think if you get a record deal there,   you must have deserved it someehow, it shows that your music is good,. But on the other hand Having your music on bandcamp Etc is great for getting your music out there, without a label, you can spread it a lot faster now than say 10 years ago witch is cool.

4)      If you could tour with any single band or musician who would you pick and why?


I would have to say Bibio, i love his music.  He is really  talented and he seems like a nice guy from Interviews i have read, he is also an Excelent  guitar player  so maybe he could show me some tricks as well.
5)      Who is your favorite New Kid on the Block?

Do you mean that squeaky clean boyband, who i used to hate in the 6th grade ?well i would say Mark Walberg he got away from it pretty well as an actor, he he:)
6)      Who would win in a musical fight: Jack Black or Jack White?

I would have to Say Jack Black i love him as an actor and comedian, he's got a great sense of humor plus  i never really  got into the white stripes either, so it goes;)

http://orangecrush.bandcamp.com/
Posted by Joshua Macala at 9:00 AM