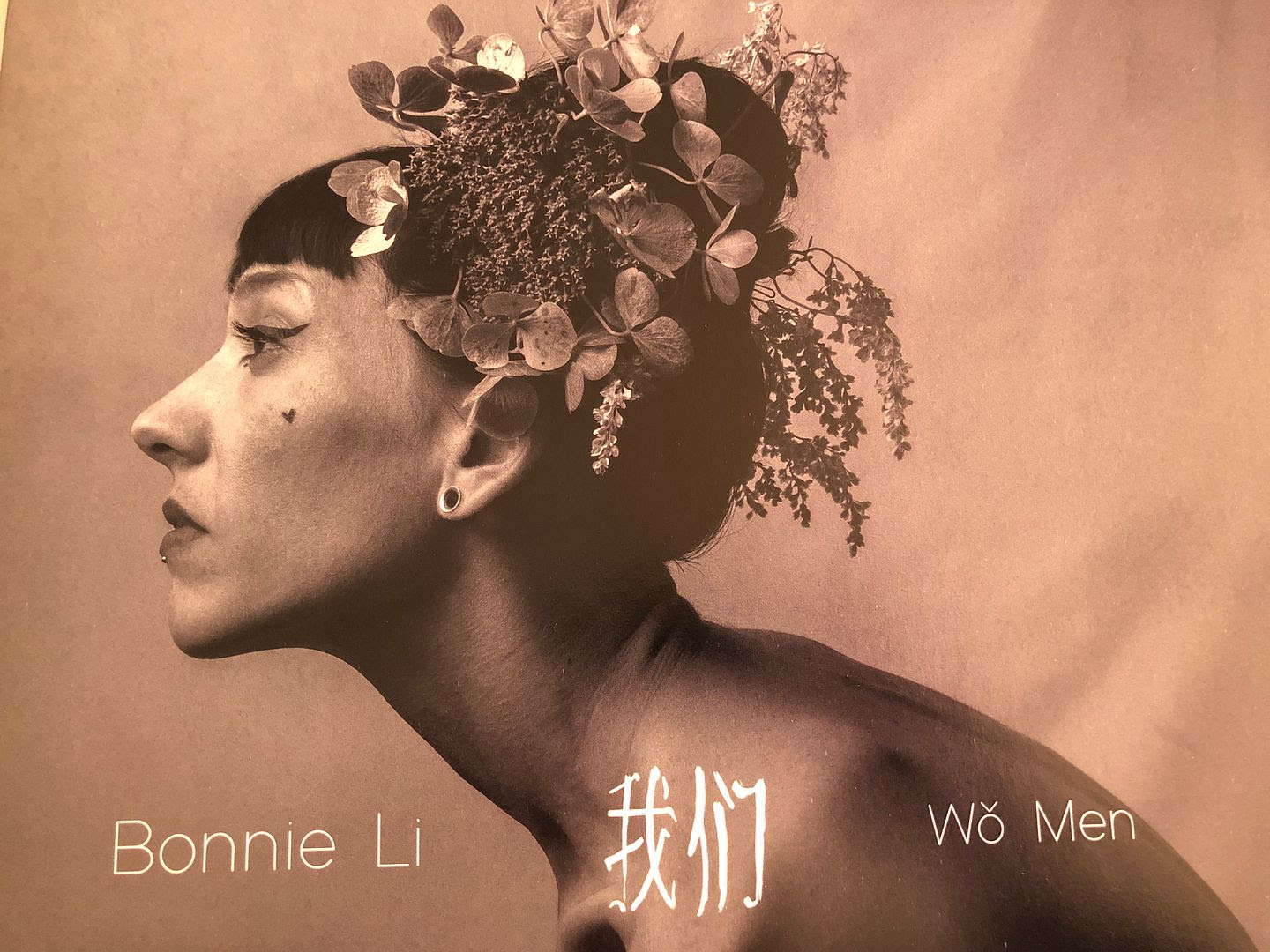 When I first heard Bonnie Li it was the song "I want you to Die".    To have a song called that is quite the bold move because I might not have been the only hearing Bonnie Li for the first time with that song.    I thought that I was giving Bonnie Li the benefit of the doubt by listening to this song which I thought would be much angrier and just come out sounding all wrong, but for what the lyrics are about it is quite a beautiful song that you can stream on the Bandcamp page so if you haven't heard it otherwise by now take the time to do so.

"Wǒ Men" starts with synth and clap beats.   Bonnie Li's voice is huge and there are some strings in here as well.   It makes me feel like Metric is covering that "I Will Survive" song but there are also pieces of an artist such as Delta Dart, especially as "Stars Fall Down" gets darker.    "Lost Cause" has electronics like Garbage and I am, naturally, particularly fond of the line:  "If I'm fucked in the head will you shoot me down"  This is that perfect combination of dark electronics and the lyrics are just so fitting.

Before we get to the end of Side A you will hear "I want you to Die"- which is the single if I ever heard one- and the titular track closes things out with beats.    On the flip side I'm reminded of artists such as Portishead and Tori Amos.   "Décroche", which you can also listen to on Bandcamp, is not in English and that adds this extra level of cool to it for me (though there is this spoken word part I understand)  "Don't Worry" has someone  rapping in it- Al'Tarba- and though that might feel out of place on paper within the song it just works.  Bonnie Li makes all of this work.

The final song, "Sweet Tongue", starts off like "Something In The Way" and that only seems fitting for the way an album should end.    Within these songs, lines are crossed and danced upon that are between rock and electronics, dark and light, those sorts of ideas that don't always fit together but somehow work here when coupled with the amazingly unique voice of Bonnie Li.

As someone who writes about music I tend to see things that other people write about "music journalists".   I somehow ended up reading much more than I should have about how people who write about music aren't "fans" because a "fan", for example, would pre-order an album and receive it in the mail when it was released where as someone who reviews music gets a "review copy".   It kind of confused me though because I think people who write about music are fans in that they (we) love music, but we're just a different type of fan because, yeah, not every "fan" would write this review.

So I'm not sure how these things work and in some ways I don't really care.   If it means losing credibility as a writer, well, I have enough cred that I can spare some here.   In the interest of breaking down the fourth wall or whatever, I just want to say that I am in complete awe of Bonnie Li.   It's not every day that you hear someone with a voice such as this and to have it blend, form and shape so seemlessly with the music created around it is just a stellar example of musical genius. 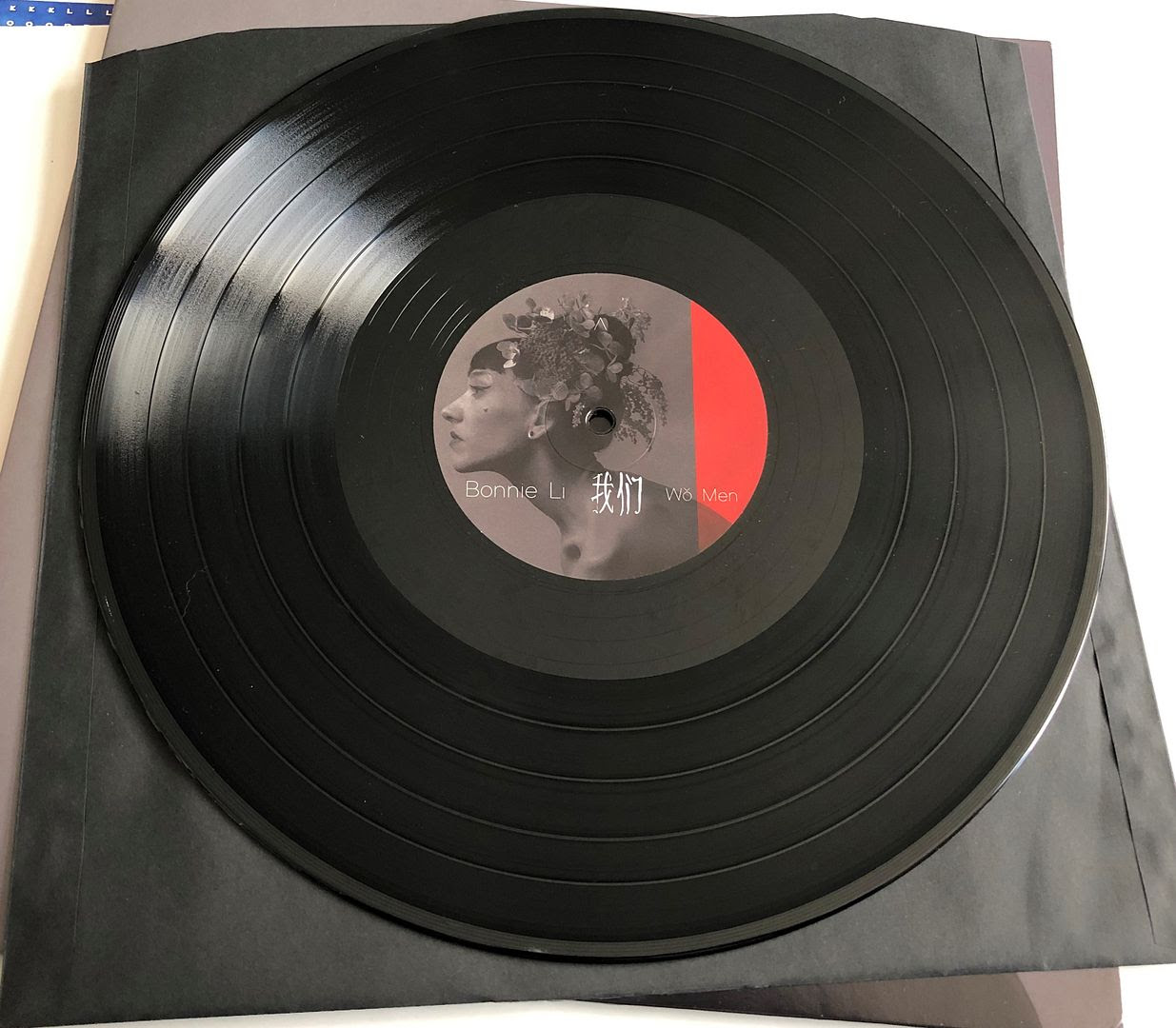