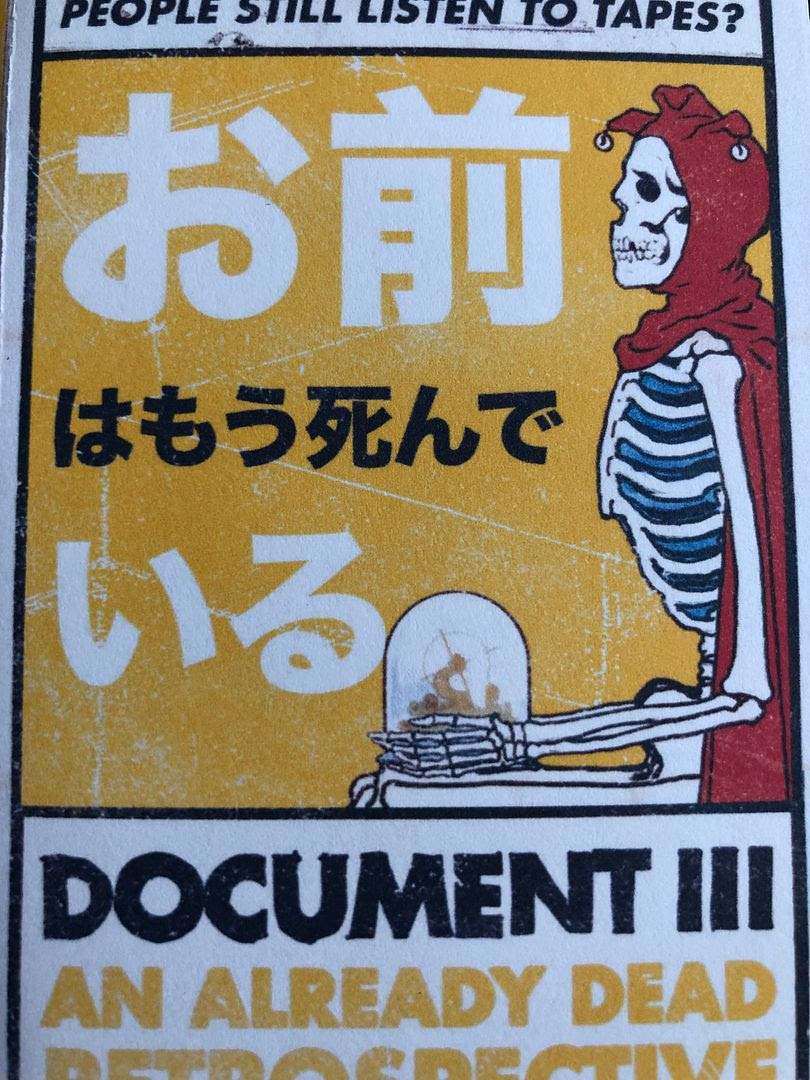 I'm not sure how we've made it to release number 300 for Already Dead Tapes and Records.   It feels like we were just at 100 and then 200.   Releasing 300 pieces of music is quite the accomplishment so hats off to Already Dead for that.   If you don't believe they're one of the best labels out there today (I say *the* best but as a writer type I'm not supposed to pick favorites) then lucky for you we have this collection of twenty five songs to show you just why Already Dead has made it this far (and will only keep growing stronger)

From Comfort Food to Excessive Visage, The Hell Hole Store to Painted Faces, this is just full of artists who I've reviewed full cassettes for and it's just the best of the best.    I'm pretty sure that all of these artists have (or will have) releases on Already Dead so there aren't any surprises in here-- just a strong representation of the type of music that I tell people that I listen to when they ask me because it's such a loaded question.

Now, if you want to know why Already Dead not only has been around for ten years but will likely be around for ten more (and then some) just look at what this cassette comes with: a Golden Ticket.    What is this Golden Ticket, you ask?  Well it's good for downloads of not only this cassette but everything from release number 201 until now.    So let's say you really like this song on here by Mezzanine Swimmers, "Black Cat in Heat".   Good news! You can download the album of the same name and listen to more Mezzanine Swimmers because it's release 273!

Most of the time when labels put out compilations it's a way of saying "Hey, here's ten or twelve of our artists with one song each, so if you like that song maybe buy their album or whatever".   Already Dead gives you 25 songs, over 90 minutes of music and 100 downloads to follow up with.   I feel like I'm on an infomercial at 4 in the morning but has anyone ever made it so easy for you to access such great music?  I don't think so.   And the fact that this cassette (old school) has the Golden Ticket for downloads (new school) just combines those ideas of the past and present to form something so future-esque.  Once again, Already Dead is way ahead of the times. 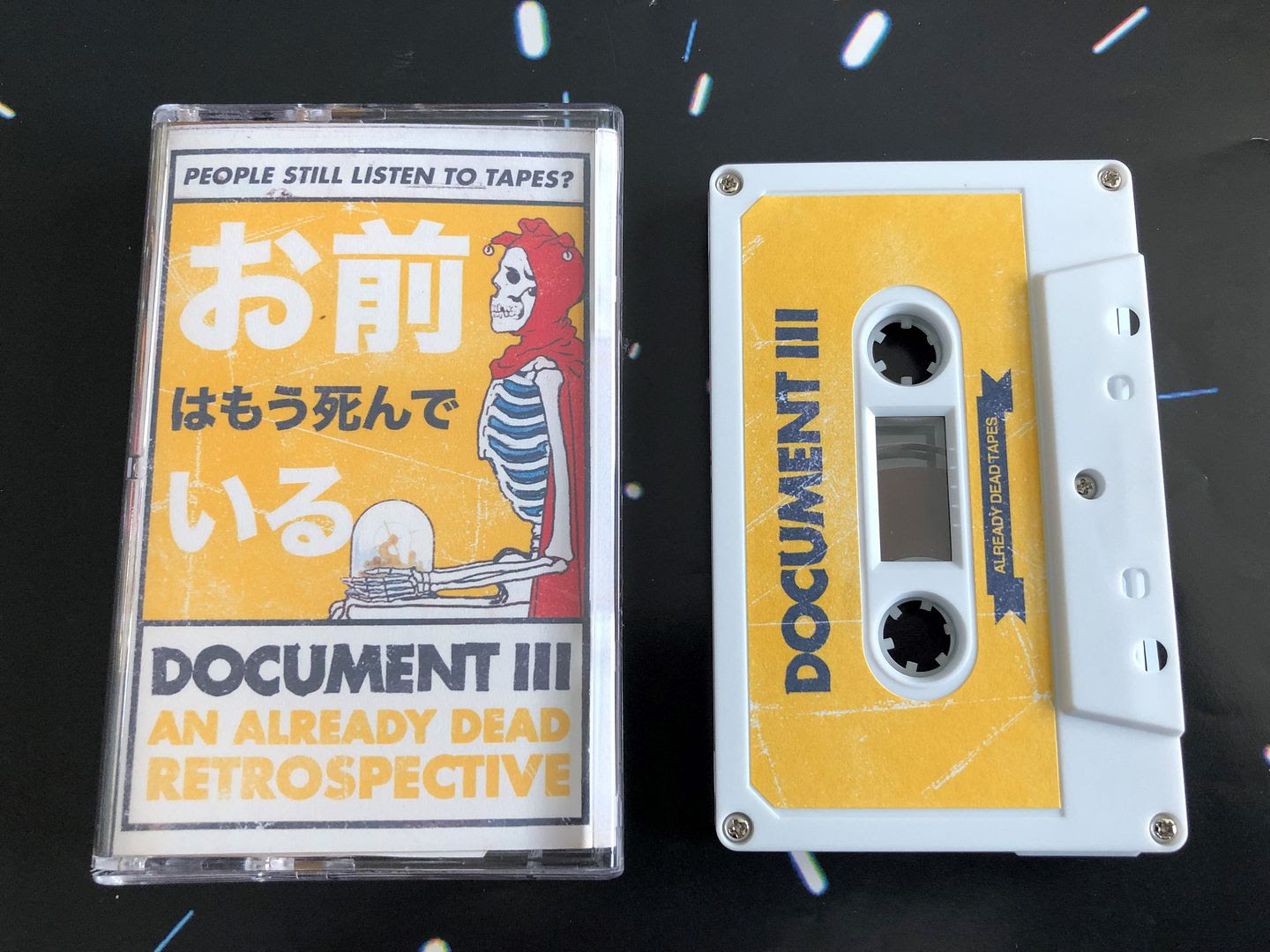 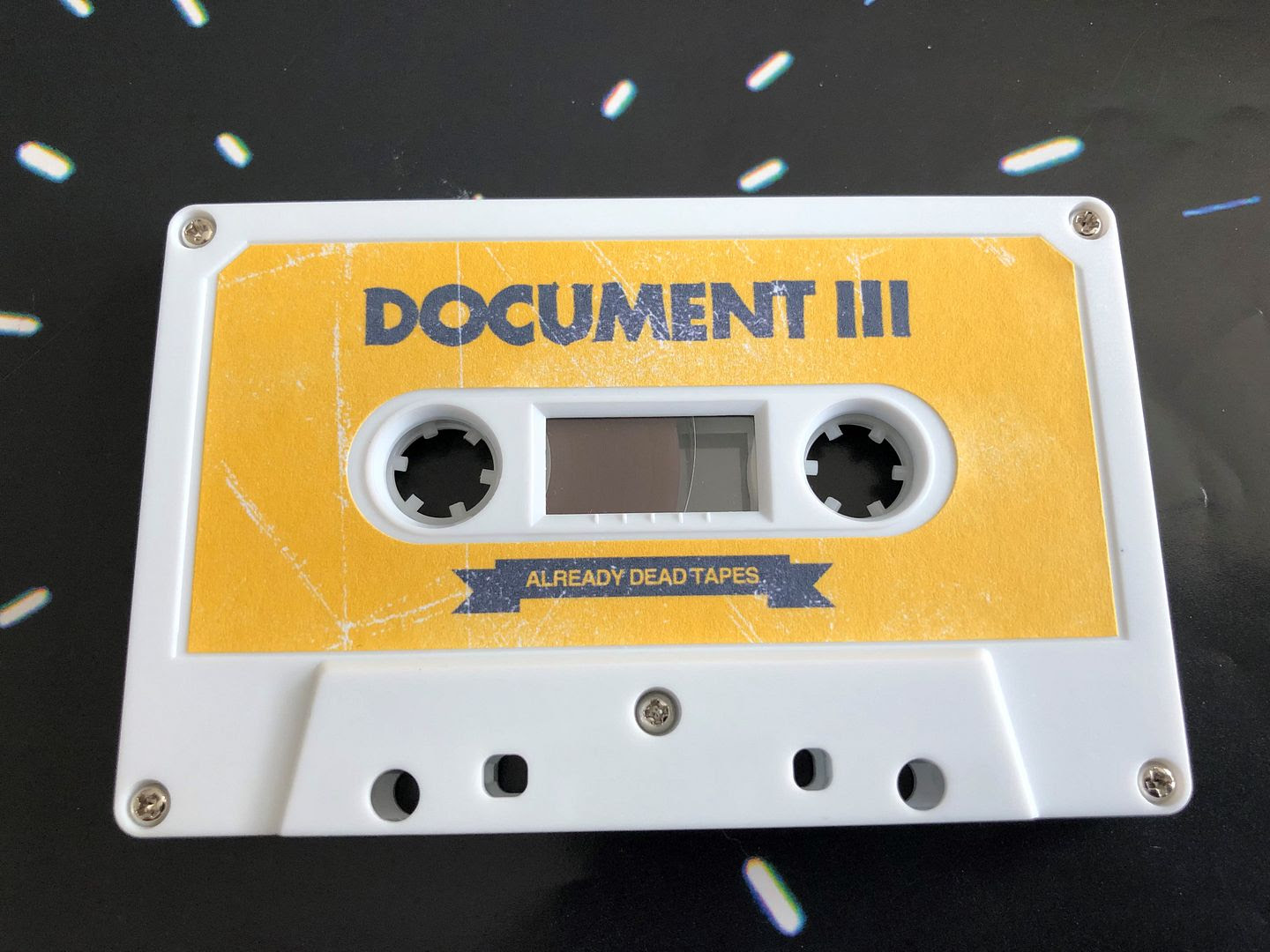 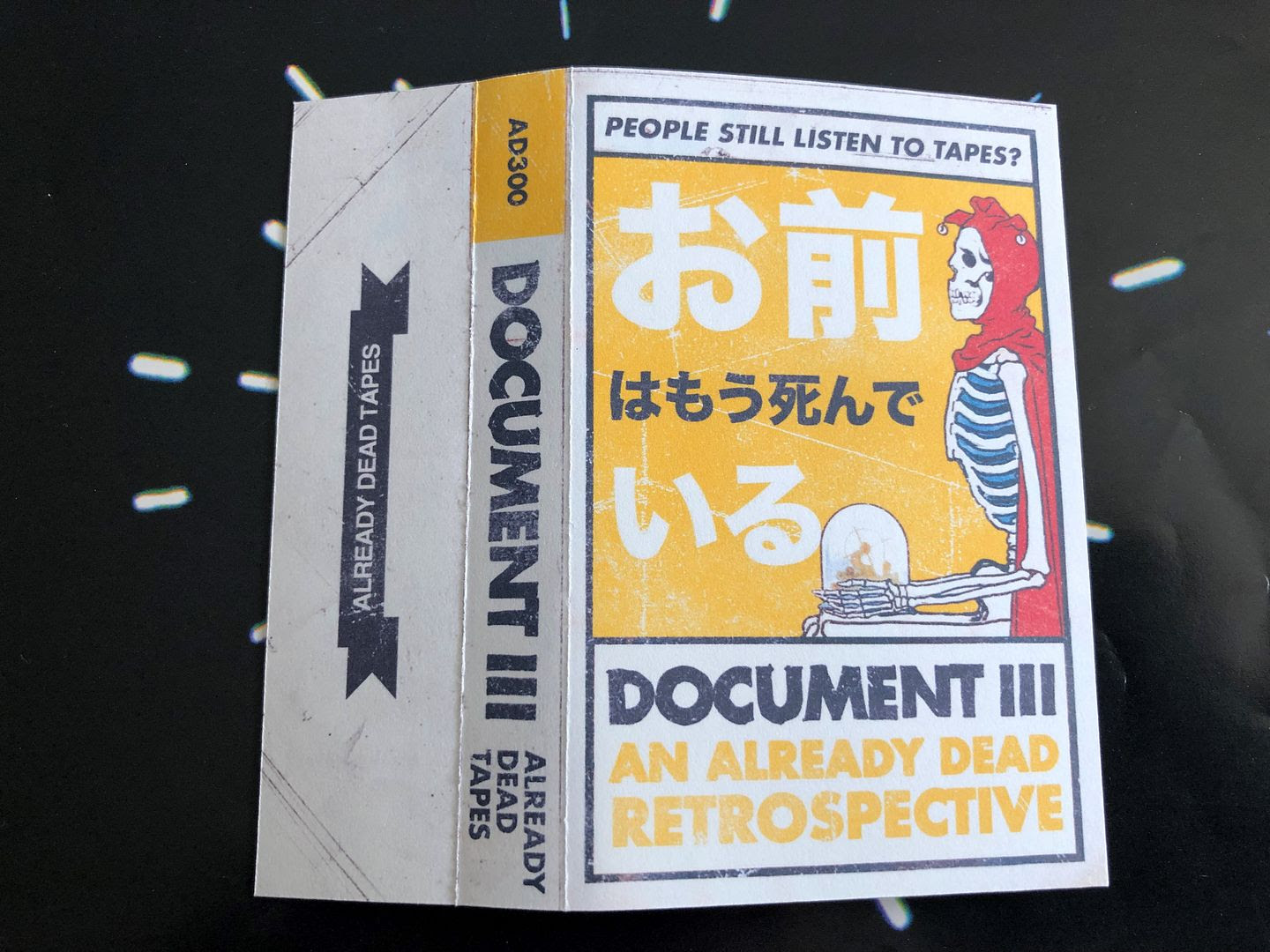 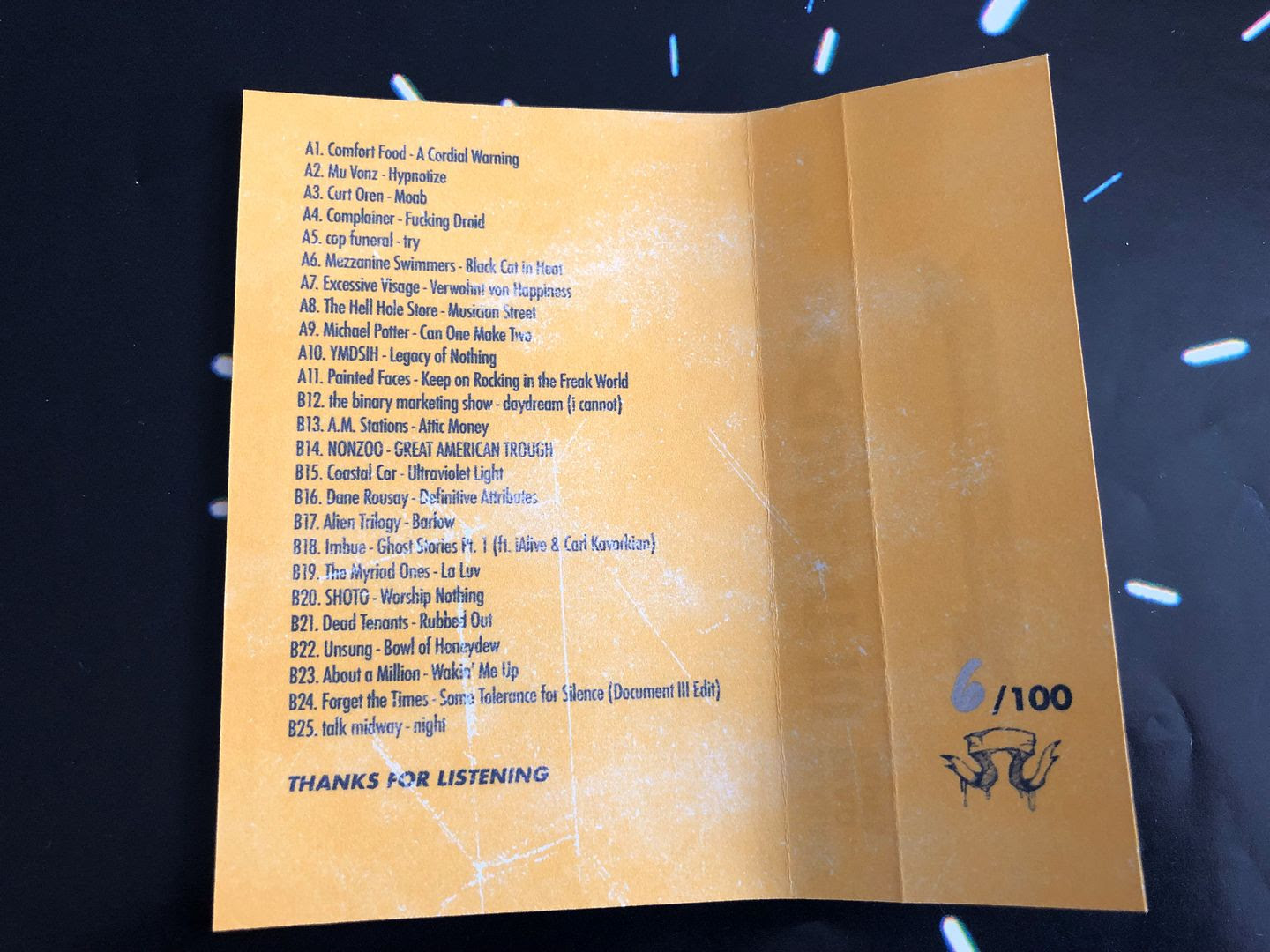 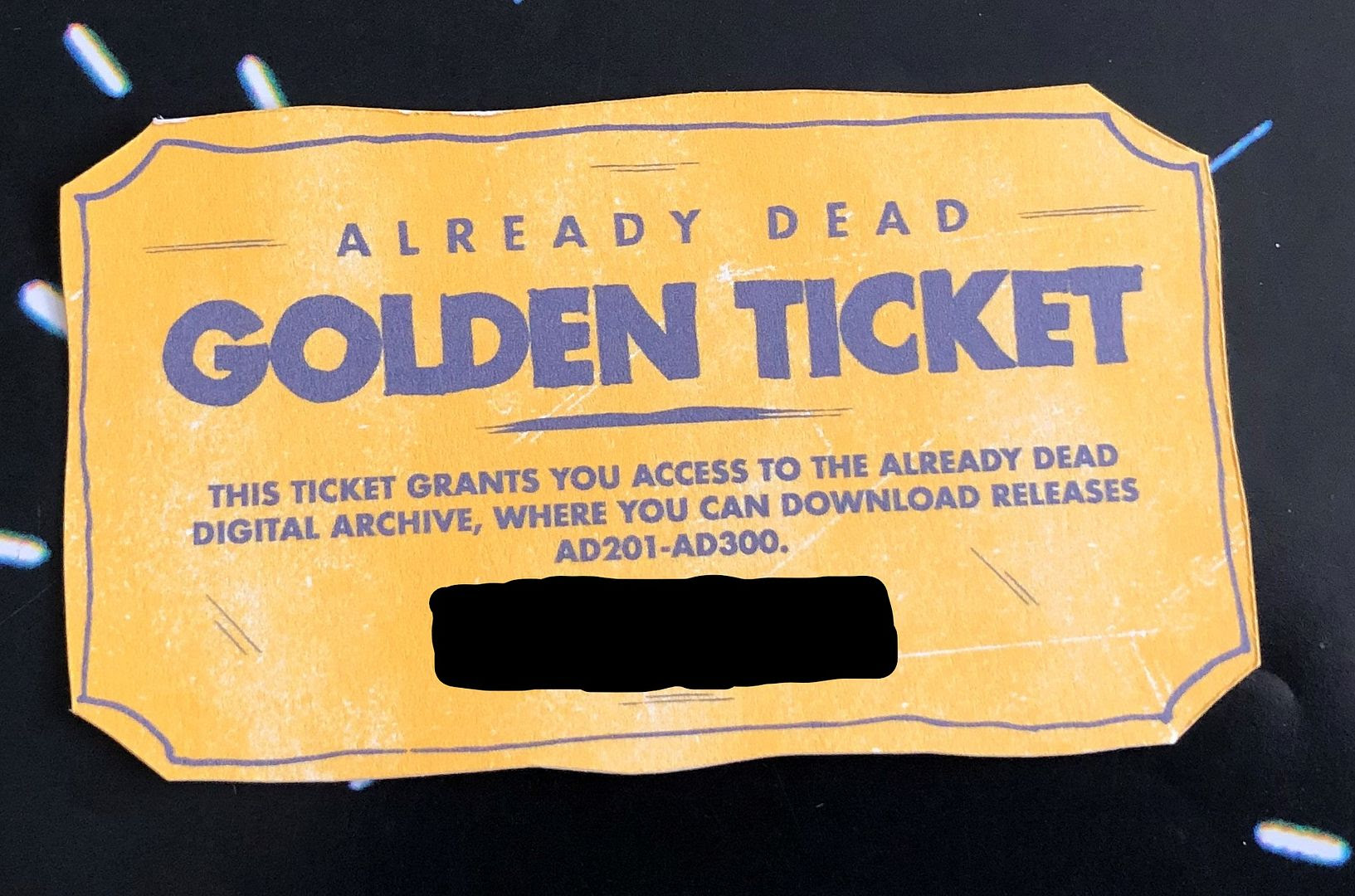 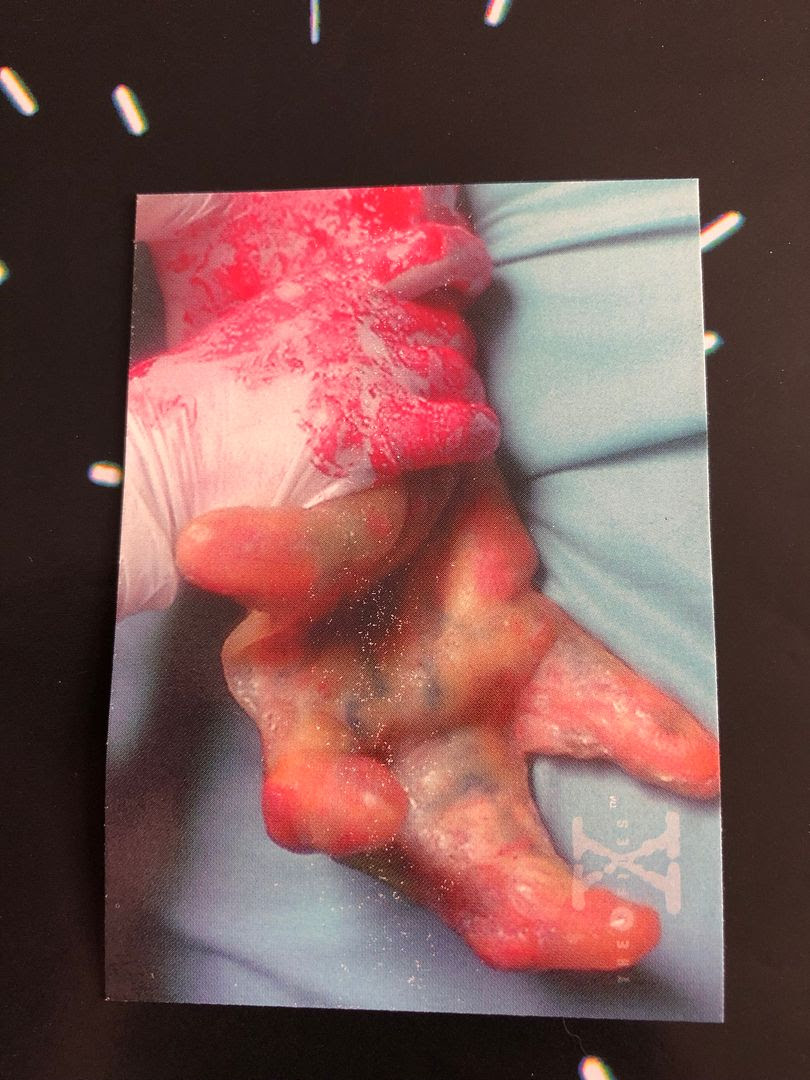 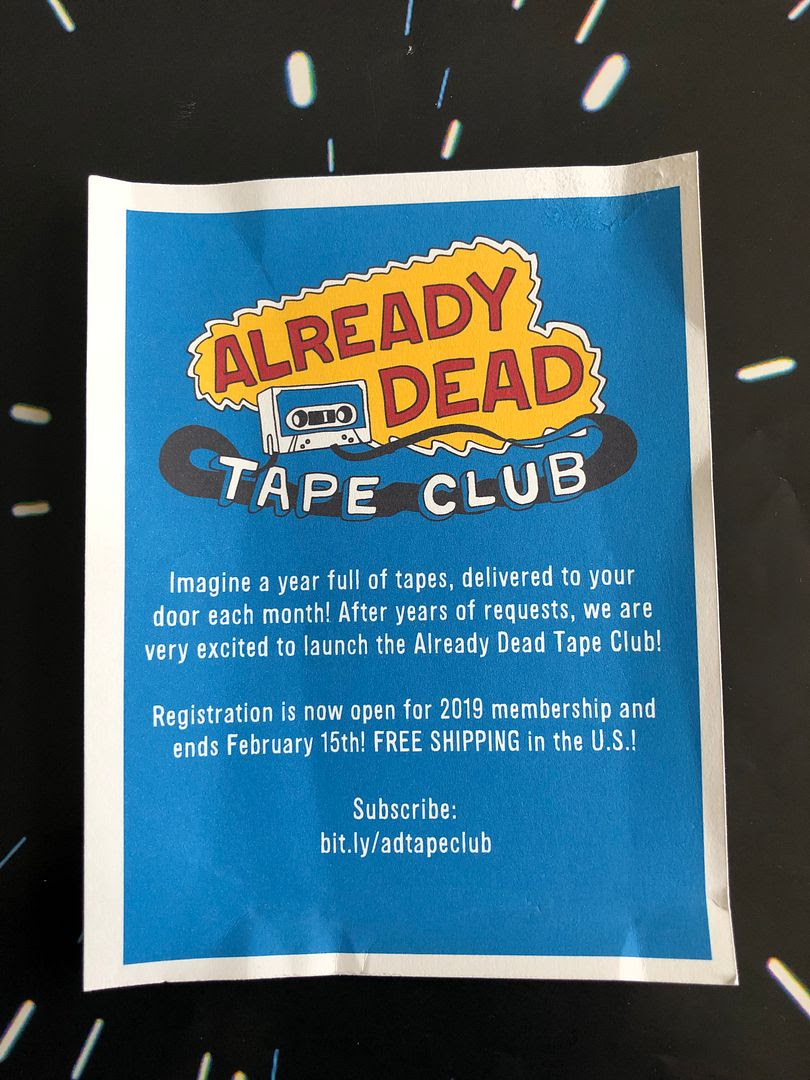