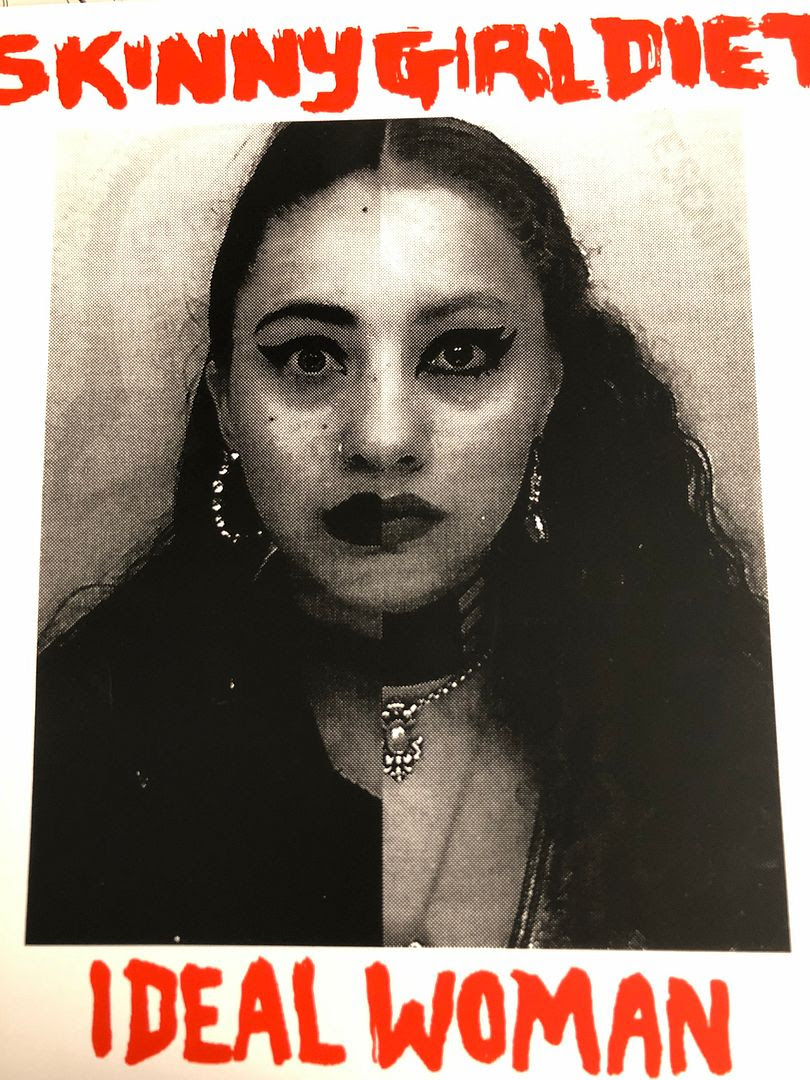 Skinny Girl Diet.   The very idea of the name is something that makes you look twice.   Is it like when that girl from "The Partridge Family" ate nothing but carrots and turned orange?  Is it one of those things like how all models smoke because it supposedly suppresses your appetite?   To me, it feels like what you have in your mind of this old mindset from society of how women should act.  There was always this idea that if a woman went on a date with a man, if they went out to dinner, she should just order a salad.   Let the man order the steak.   Yeah, I never quite understood that one either.

"Ideal Woman" is loud.   It's distorted rock n roll.   It's deception.   These songs sometimes start off with these little melodies, but it's just enough to let you know that Skinny Girl Diet knows what they're doing, they can play their instruments well enough, and then it kicks into this fury that you can't really define and all you can do is turn it up louder and louder until your neighbors call the cops.    Even a song like "Human Zoo" can begin trippy but then go right back into that mayhem.

Influences or ideas of bands you like that might have you liking this range from Local H (and not just because both are duos), White Stripes (same), Joan Jett and Zeppelin.    But these songs just have their own take on a rock sound.  It's not something you can easily compare with L7, though you could make that connection.   I'm not sure anyone else is playing this loud right now, or maybe ever, and that helps them stand out as well.   It's just something you're either going to go "That's too loud" or you're going to fall in love with musically.

From the name Skinny Girl Diet to the album title "Ideal Woman" you can kind of understand what the lyrics are going to be about before you even press play.   I always like to think things like "Well, it's not as bad as it used to be", but that doesn't really say much because the way that society views women and puts these unrealistic goals on them with body shaming and everything like that... it's just... Yeah, maybe it's not as bad as it was a hundred years ago but it's still pretty bad out there.

As an example, I saw this commercial yesterday, an ad on Hulu for some lotion that is supposed to help prevent and hide those little brown spots that come up under your skin.  The ad more or less stated "Ladies, this is happening and it's gross.  No one wants to see this.  No man will ever love you.  Buy all of our creme now!!"   That's not word for word what the commercial said, obviously, but my thought watching it was "Don't men get those spots too?  Why not have a man in this commercial also?"  And then you realize how women are targeted to buy products to make themselves look "beautiful" but it's all scam and they just want your money.

The world is slowly changing though.  All we can do is be better than yesterday, teach the kids and hope one day all the racism, sexism and just blind hatred in that same way dies off.   When I was younger- probably younger than most- I stopped caring about what people thought of me.   There are people out there who say they don't care but then they really do.   Skinny Girl Diet seems like they really don't give a fuck, not even about what I'm typing here.  And I respect that.  I also respect them for that Skee-Lo nod not everyone is going to get. 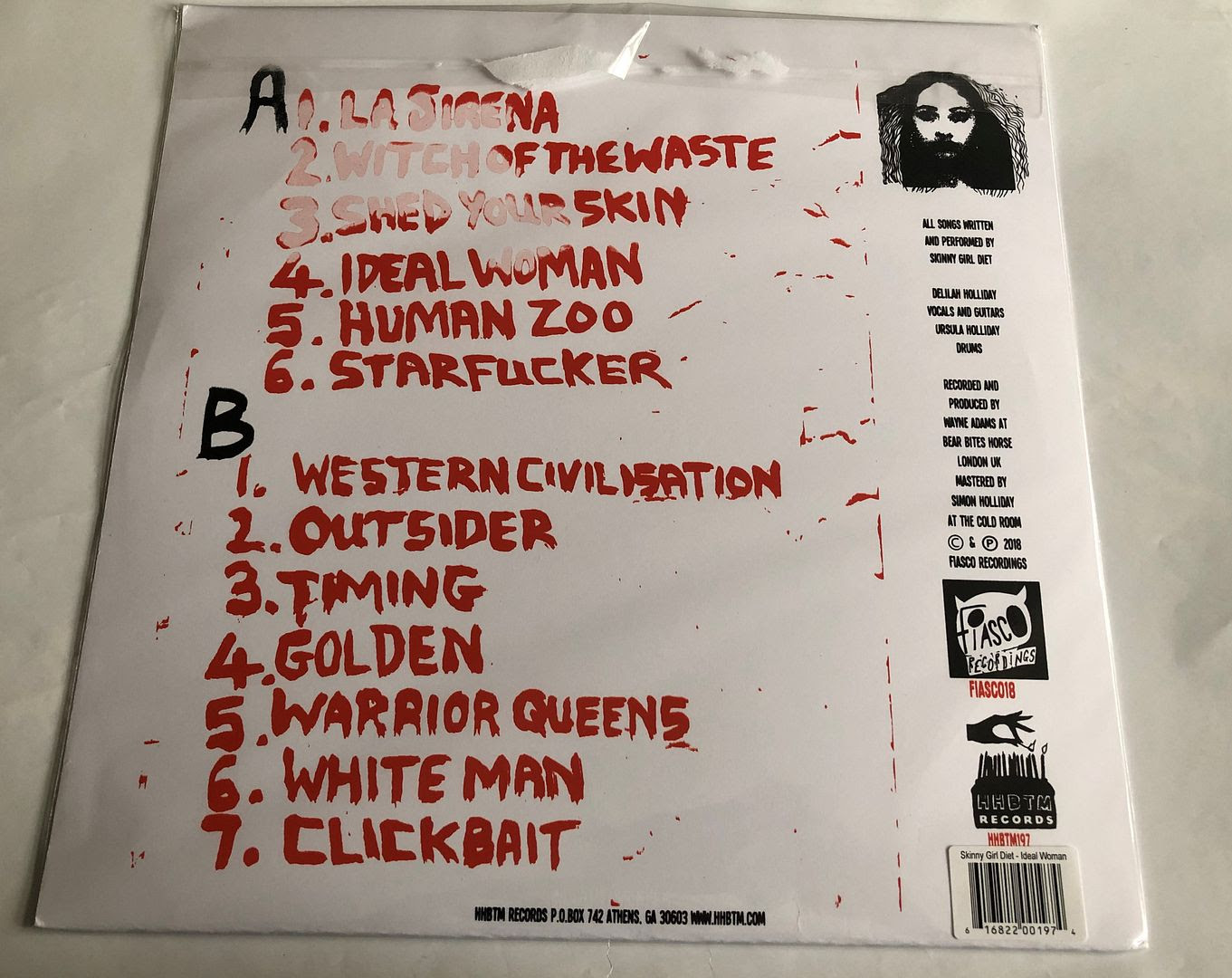 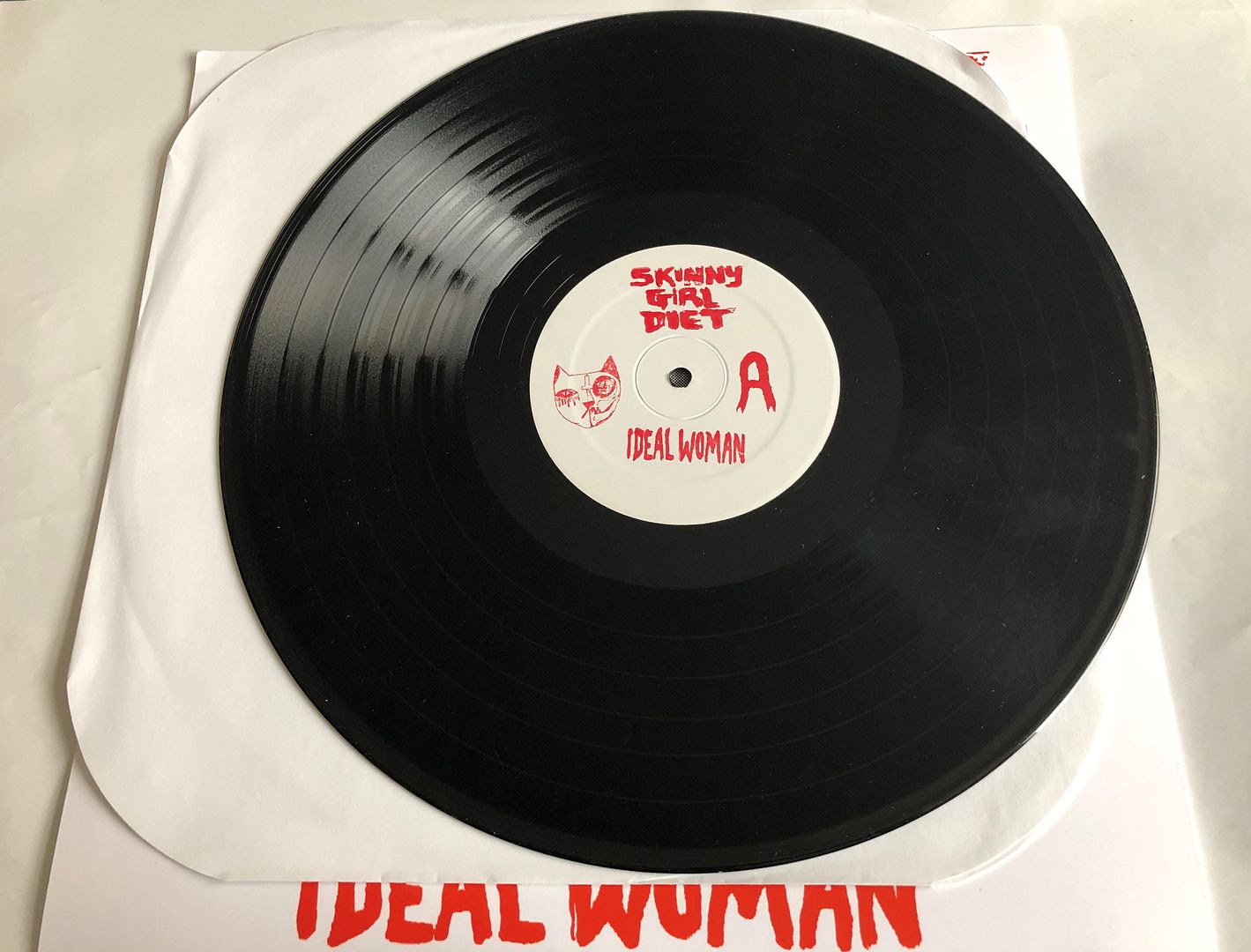 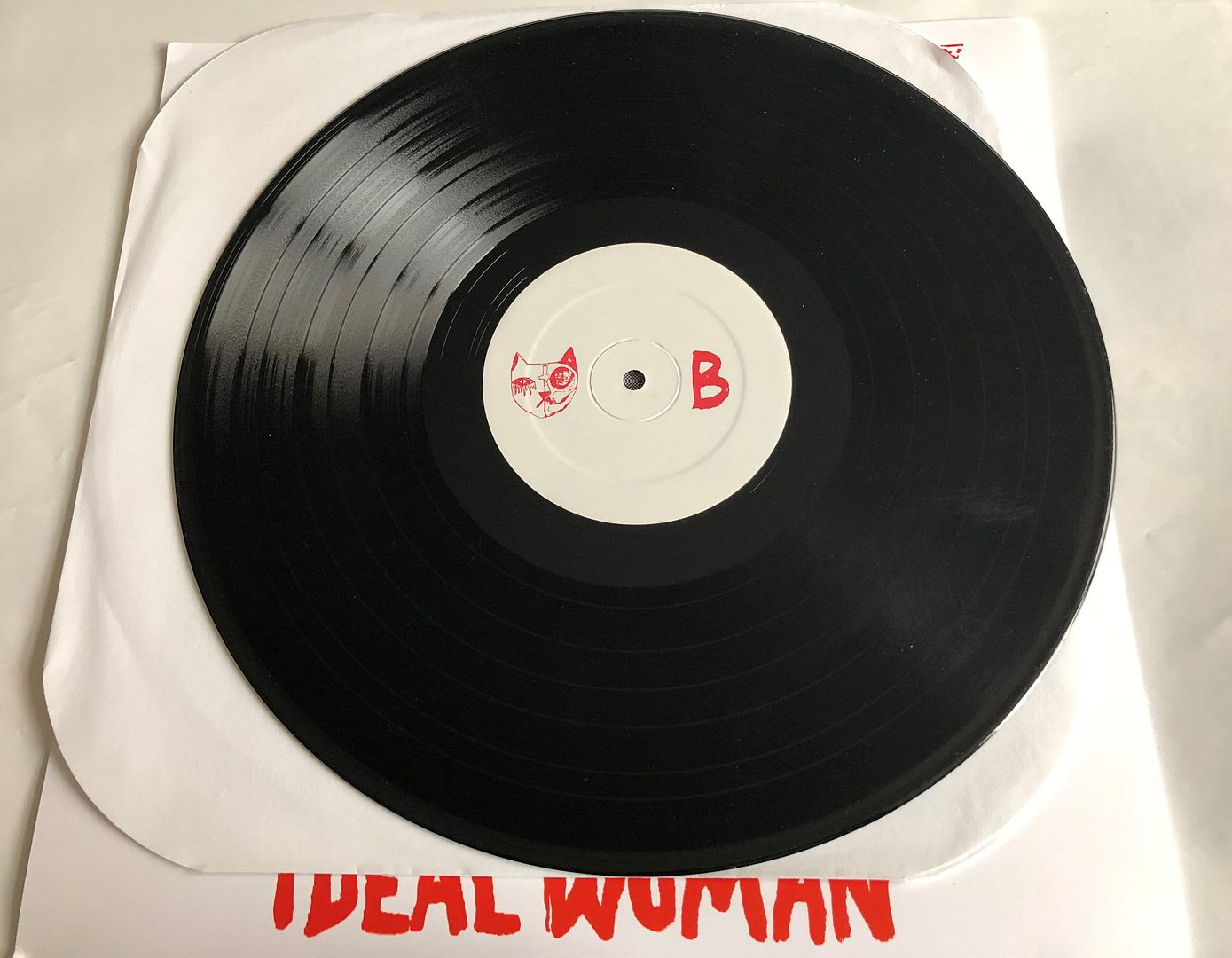