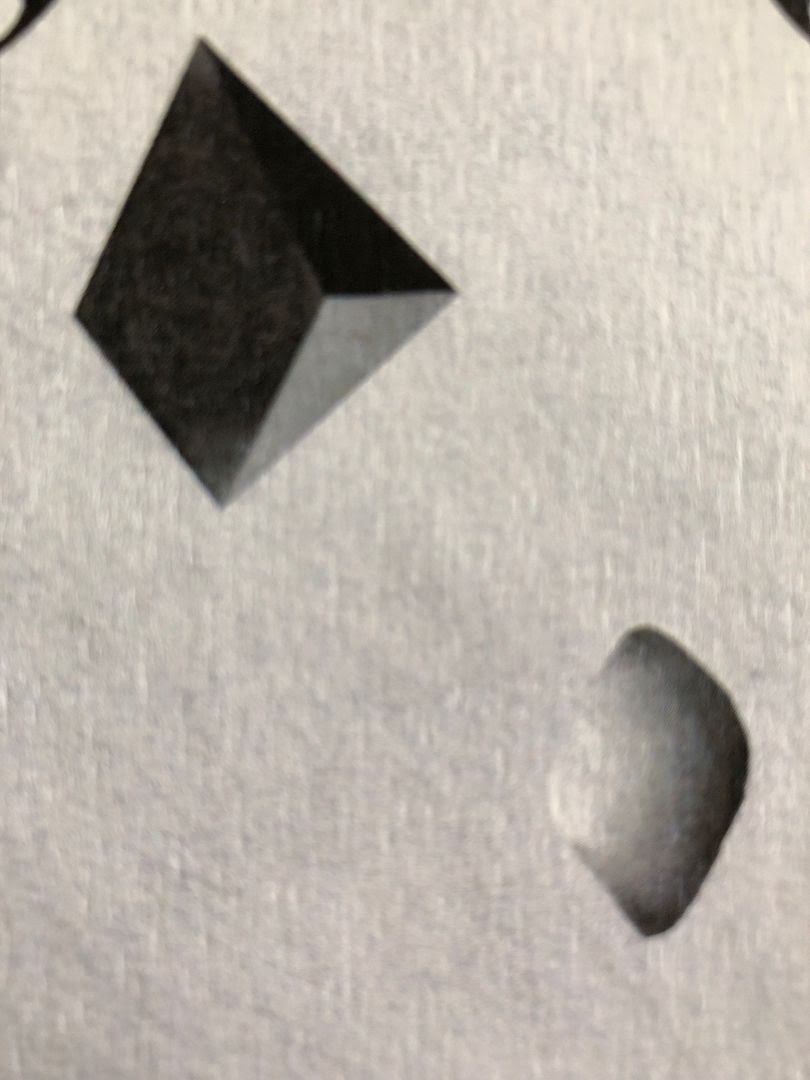 Whirr tones weave in and out.   The feeling is minimal electronics.   Somewhere between underwater and outerspace.    Echoing like reverb through the hollow canyons.    Slowed down now, this opens and closes like the birth of a robot.   It gets a little deeper, begins to rattle.    You can hear the organ tones now, somewhat like the opening hymn in church.

If alien church drone is not yet a tag on Bandcamp, Ocean Floor is making it one.  The feedback is just opening up and I don't know why but this makes me feel like the next song will just come out hard like Converge or something.   Wouldn't that be wonderful?  We're all droning and peaceful then it just feels like we get our face shot off.

The music feels like we're on the verge of something, like the dawn of the dinosaurs or the start to a film.     We pick back up into those uplifting type of church organs which make me feel like we're at a wedding for some reason.    It feels like we're playing the scales as the notes become warped.    There is still a calm to this, as we drop off into the deepest part of the ocean now.

We begin a new track with more dramatic strings now and tones make their way through one step at a time.   Frequencies come through like Wall-E and it feels like we're sliding up the down scale.    Shooting star electronics enter as the speakers begin to shake.    The intensity grows but I still feel like it's a soap opera on some level.   Wouldn't everything dramatic- like television soap operas- be so much better if they were either set in space or underwater?

Louder tones now make me think of that Underworld song from Trainspotting.     That's what takes Side A to its end and as we begin the flip side we're back into those growing tones which make me feel like we're evolving.    Inhale.  Exhale.  Ascend.  Descend.    These electronics take us through the first track on Side B, much like they did with Side A, and then we get into this minimal crawl, a groan that is barely audible.   It's almost like the sonar of whales.

Deeper tones ring through now and this is perhaps one of the loudest portions of this cassette so far, a Phantom of the Opera type of dive into the abyss.    This is a driving guitar riff, the types that bands during the grunge era would have loved to have and it is instead accompanied by holy sounds, which make it feel as if this guitar is truly opening up the heavens. 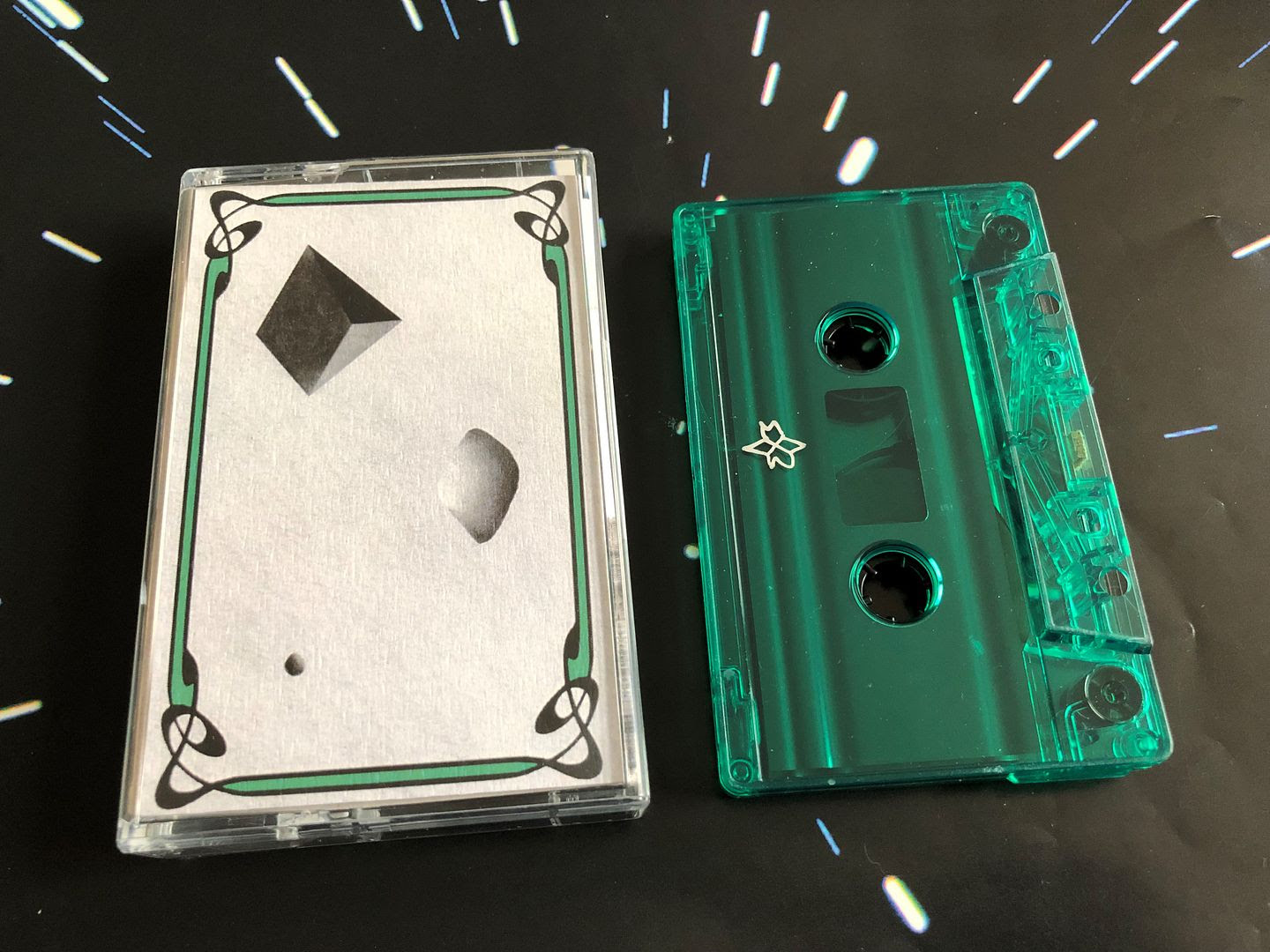 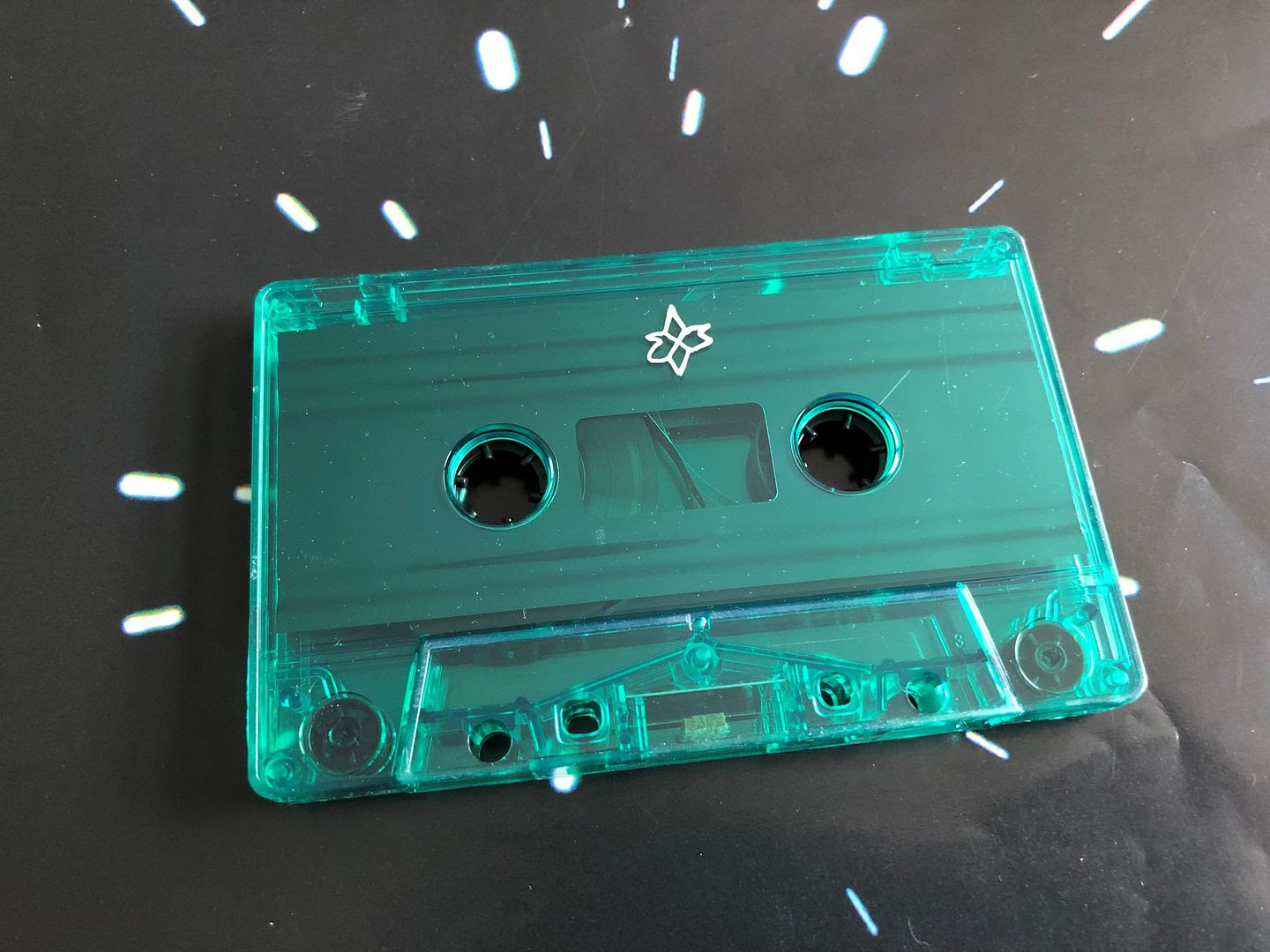 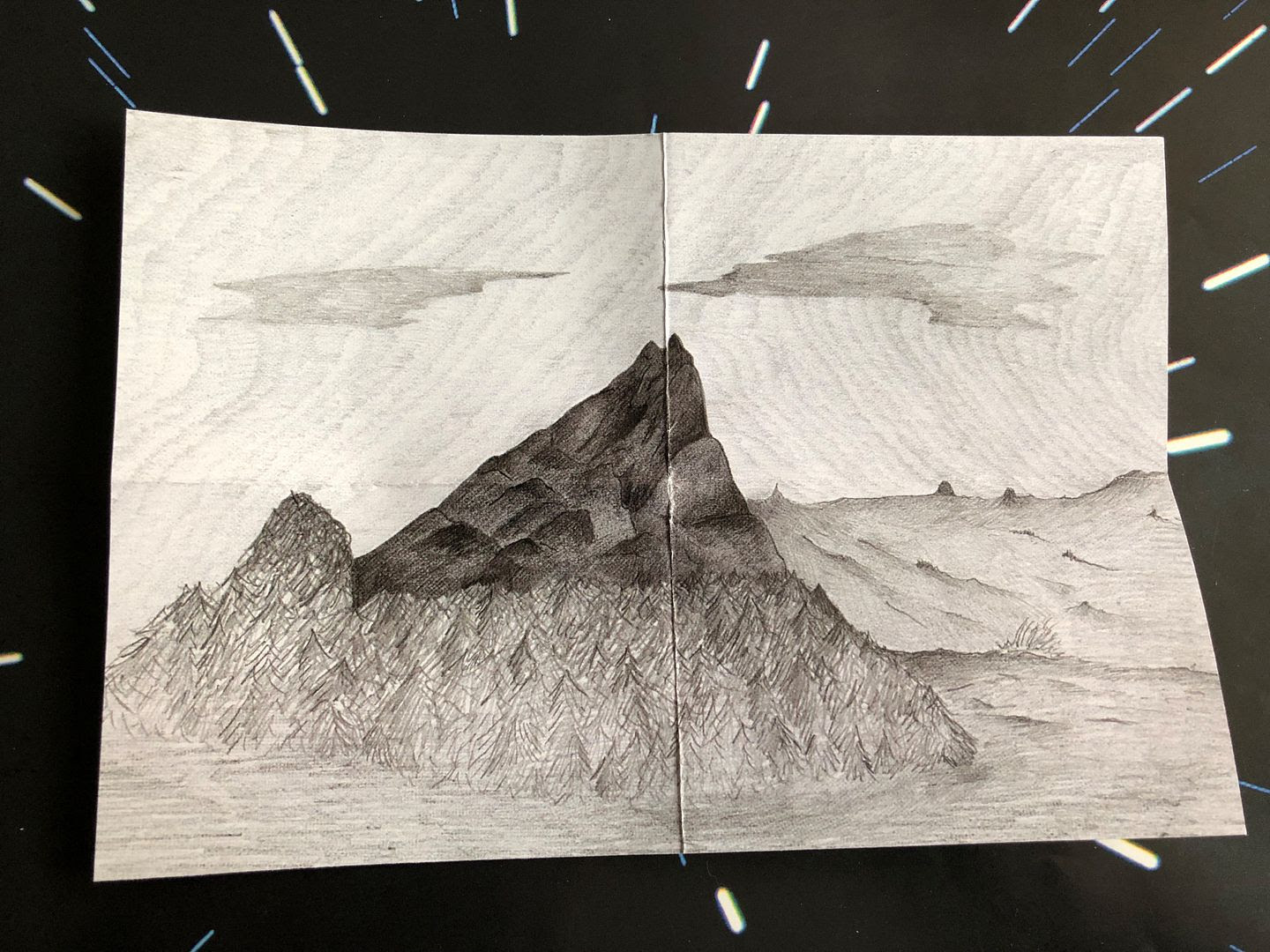 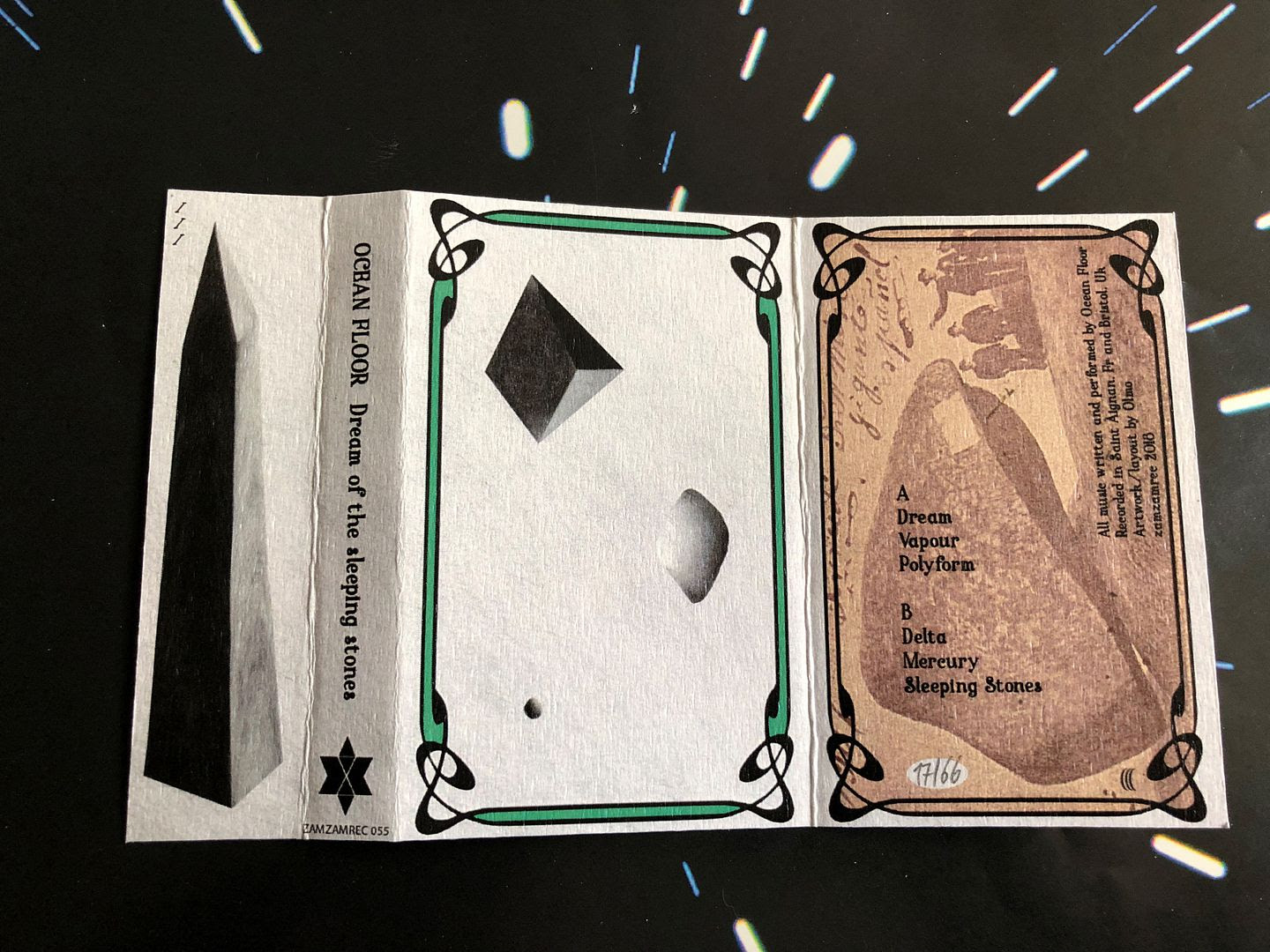 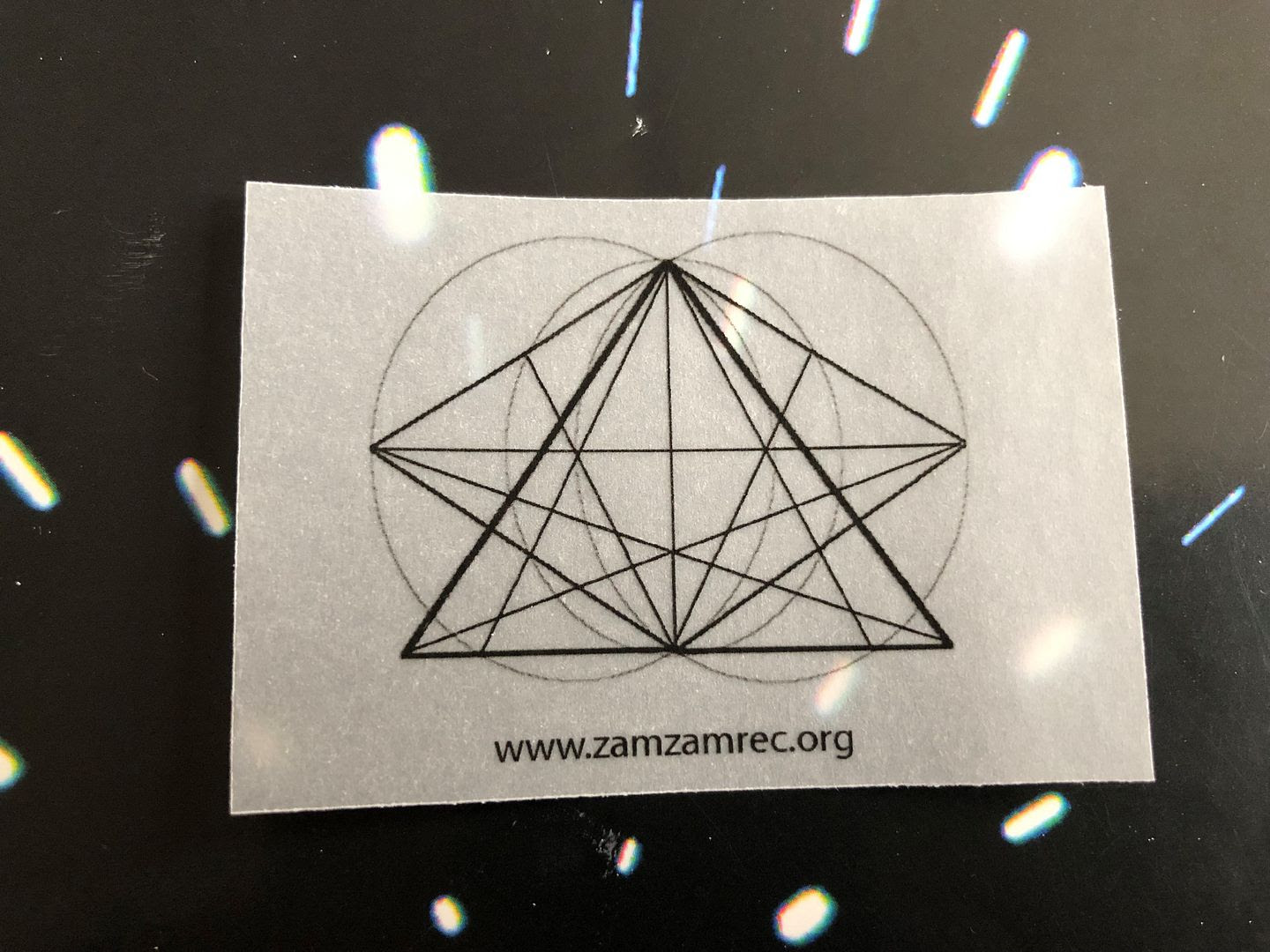