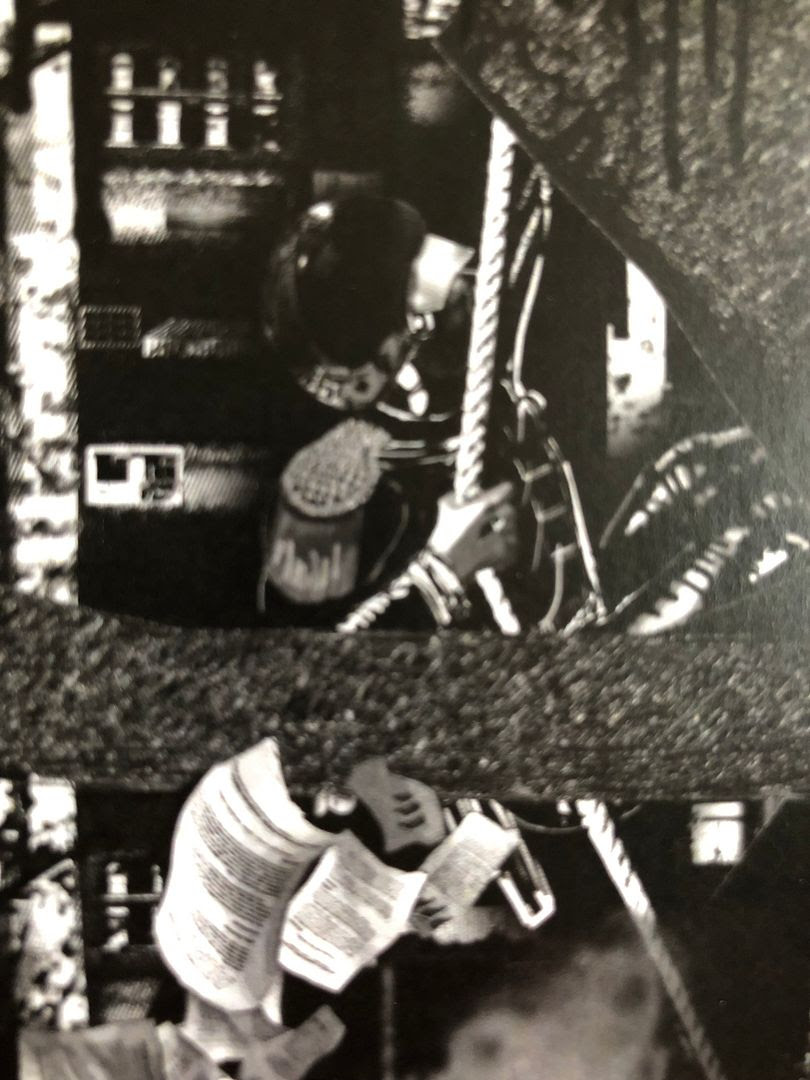 Sold Out //
Edition of 50 //
https://nullzone.bandcamp.com/album/kowloon-walled-city //

Drum machines create rhythm with tones that sound like some kind of cross between keys and guitars.    There is a mechanical feel to the percussion but a lighter feel to the song overall.   I feel like the keys make this serious pattern while the guitars sort of whirr in so maybe it's not that I'm hearing something which sounds like both but there are two sounds and there are actually both.    There are audio clips now near the end and it sounds like a coach giving a pep talk to his team but when you hear the words "pedestrian or automobile" with the distorted guitar riffs you kind of realize it's not about sports.

We begin to open up into an ambient sound now.   It just feels like we're spreading our wings and really flying here.    The synths take on a dark intensity now.   A fog takes over, slowly bringing us through the drone.    Slowly, it becomes a little bit wavy.    Laser synths drop hard.    The percussion becomes more like steel and it switches from this heavy fast paced feel to a lighter one, like it goes from up to down, which I can't fully explain without your hearing it.     Words are spoken and I believe they are not audio clips.

The next series of notes in a loop sound much more fun, like a carnival.    It's also like an electric carnival and then these wah-wah's come through which are a cross between singing and speaking by someone.     While it feels somewhat like a video game, these notes make me feel like we're going around in a circle and it just feels like oh so much fun.    On the flip side we enter this rhythm which starts off a little like a video game but takes on a more oganic feeling as it grows.

This makes me think we're in the jungle as I hear those tones which are kind of like a snakecharmer.   Louder sounds come through choppy and it feels like a real whirlwind.    This ends abruptly and we go into a driving synth force with drum machine beats and words are spoken like something out of the 1980's-- not quite "The A Team" and not quite "Double Dragon", but somewhere in between the two.    A faster pace now into the echoing video game style of sound which should have a name but I don't think it does.

Shots are fired and I feel like I'm playing an Atari game about a spy but am uncertain as to whether or not such a thing exists.   The beat remains steady, whirrs flow in and out and static booms come down like thunder in the background.   Isn't out how sometimes you can have thunder without a storm and other times you can have a storm without thunder?    Electronics come through with Transformers now and it's taking us somewhere magical.   Though it can slightly feel like it wants to glitch, it isn't.

Distortion blasts through and then we change things up as we go into what sound like footsteps approaching down some dark hallway.    What sounds like a lonely jazz horn comes through next and it feels like we're entering into some sort of noir film.   This song is in black and white.   The percussion seems to add a modern take to it, but the feeling is still there.   We're dealing with a detective who plays by his own rules now.    We twist and turn, following leads and chasing false hope.    Around every corner we hope to find what we're looking for but we do not.

A much more focused electronic sound now, though it does feel a little bit like glass.   Guitar notes enter like the old west.   I've always enjoyed this idea of cyberwest, which, yes, is different than if you think about a film being like "space cowboys", which is how "Firefly" was once described to me.   I think it's more like going to a different planet and finding out it's a lot like how John Wayne movies looked and then going from there.   Has that been done yet in film or television?  If it has I bet it was on "Futurama".   They always going places.

Tones now feel like enlightenment.    We're on top of a mountain, everything around us so vast and endless and we just feel so small.   Have you ever thought about how small everything is?  Just think about music, man.   How will one album be remembered a hundred years from now when in 2018 alone there were something fifty million albums released?   It's crazy to think, but hopefully my words provide some broader spectrum to both the music itself and my own existence.   Either way, I'm glad to be alive in the timeline which has the music of German Army. 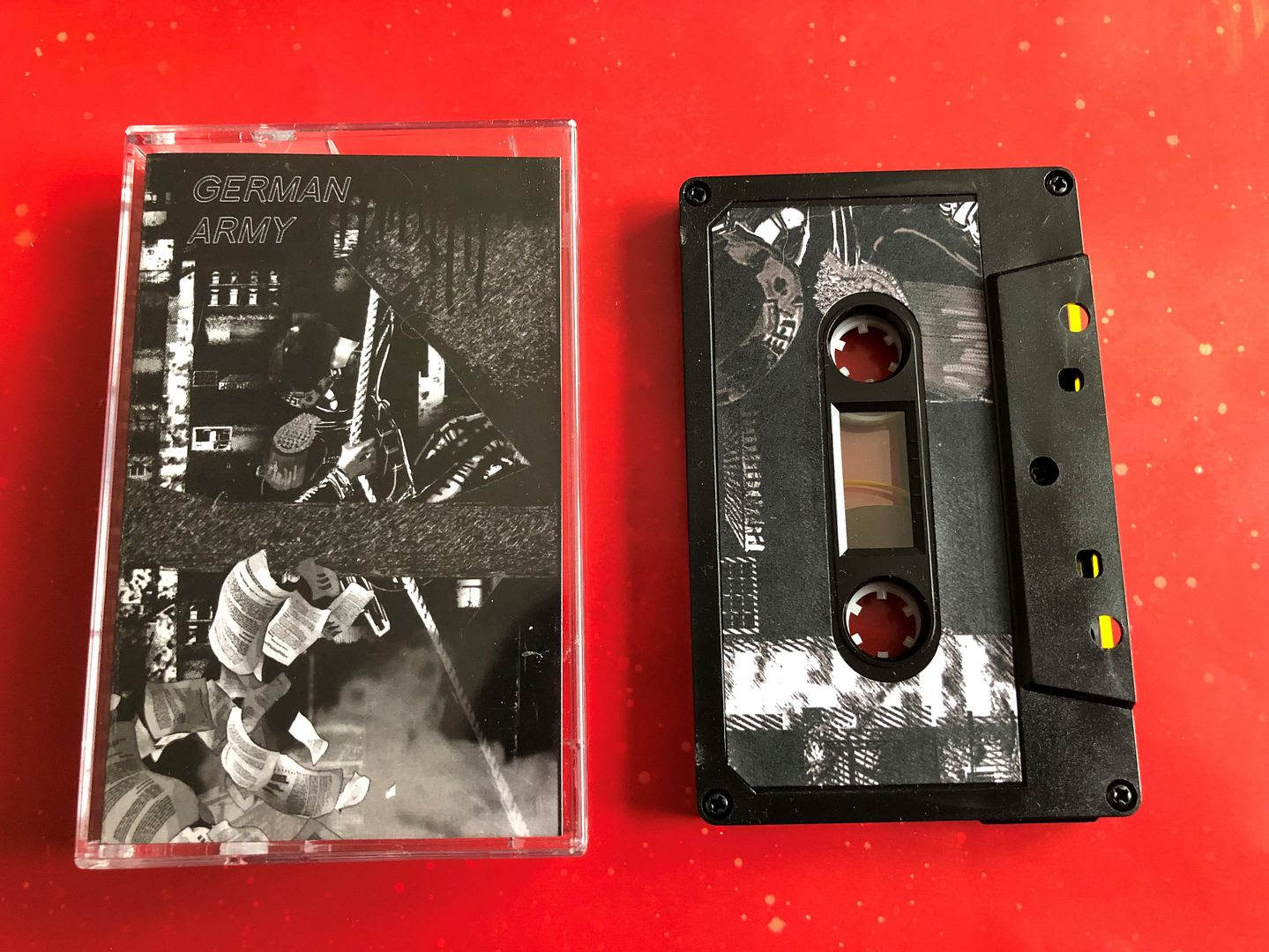 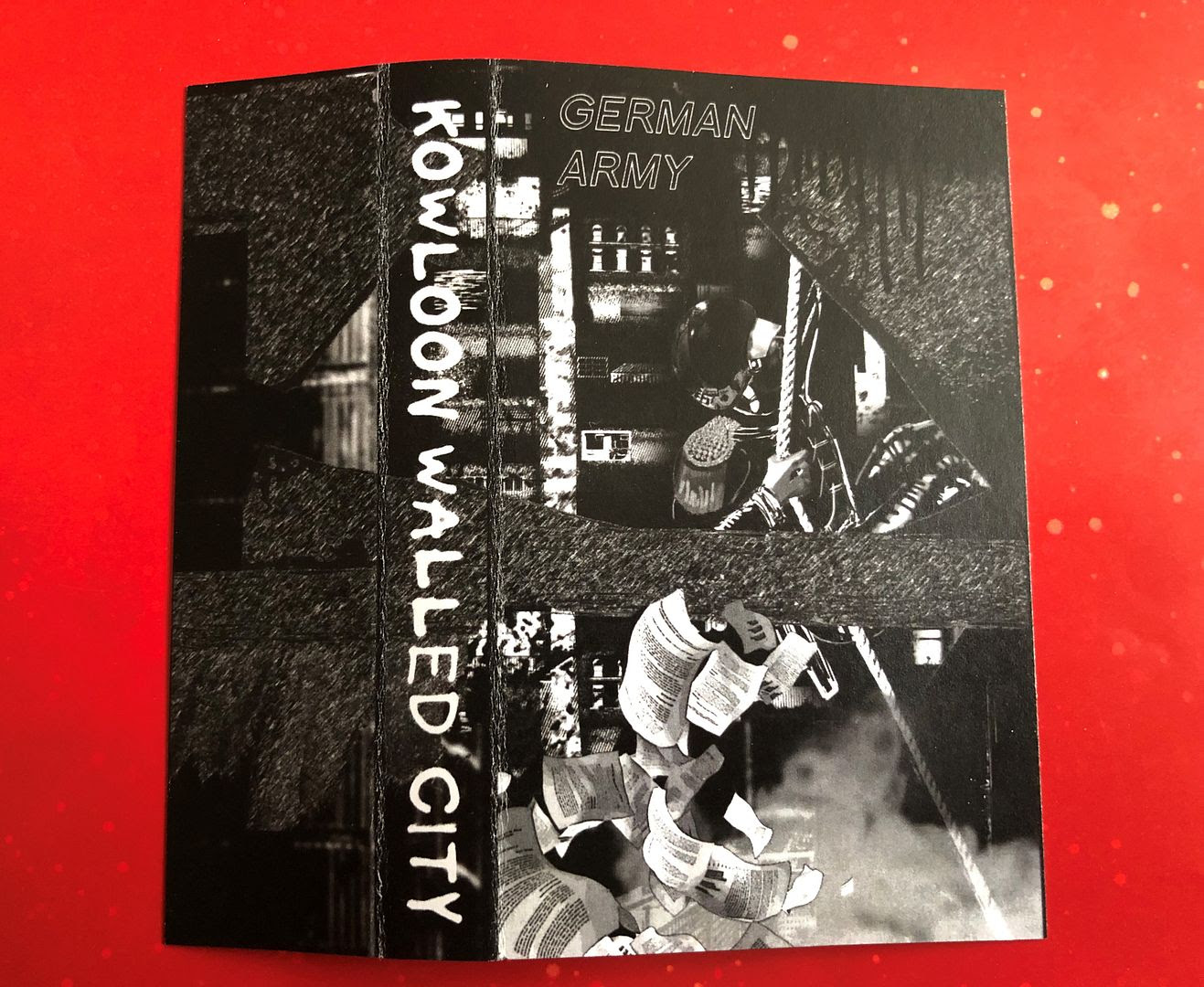