Bells ring and they toll for thee.   Words are jumbled up within them.   In the distance, I think I can hear gun shots.    Electronics, waves and spoken words come through in the next song now.   It feels like the introduction to another song- the way the words are spoken- but the way the sounds whoosh around leave you fully emersed.    This has the feelings of something dark like Dhampyr.

The drum bangs slowly now as hollow sounds fill the air.   The beat grows steady and I'm thinking of vampires for some reason now, like something from the "Blade" soundtrack since I watched two of those movies recently.   Drums come in harder and sirens are in the background of the cassette not the background of my life (though that always throws me and I would admittedly do the same if I could)

Words are being spoken but they are hidden behind this drumming and sirens.   The in and out flow of the siren creates a rhythm within the drums and then they all stop together.   It's interesting to build beats around a siren.    As vocals come through in the next song with whirrs there are these beeps- like Pong- at the front of it all.   A bell is ringing now, but it's more like a bicycle.

The rhythm this creates is spontaneous and combustive.   Those Pong beeps return and it kind of makes me want to dance.    You can move to it.     As it grows, I tend to feel some sitar coming through and it just rings on out in a droning and powerful way.    Distorted beeps come through next and this makes me think of a video game involving police for some reasons, these beeps have that 8bit siren feel to them (which helps connect the songs together as well, you see)

Words are being spoken but it sounds like it's coming through in audio clips you might hear in what they call "police chatter" or some video game where they're at war.   The rhythm is infectious and the beats are just outright banging.    The last words spoken sound like they would come from the speakers in a train station or other such place to issue some sort of warning, and yet it reminds me of Resident Evil just the same.

Static and spoken words open up the flip side and you can somewhat make out what is being said through that laser shock goodness.   For some reason to me it also sounds like audio from the moon landing.   Whirrs take off and melt into space.    Wave shake as if they are in water.    Whispered words are on repeat now and it becomes something you hear so many times in a row the words begin to sound different after a while.   "Maybe the cat's cold"  "Maybe the cats know" "Maybe baguettes go"  Words have that kind of magic as well.

Frequencies are changing now as words are in the background, some kind of talk given for sure.   Sirens return with some choppy sounds now and it's less of a police siren as it feels like one that would play when it was time to evacuate a city.     Drums return and there is a rhythm with these cymbal crashes.   It's smooth and the overall feel has somehow grown to be upbeat.    Sirens also can come out after this percussion which makes it feel like we're turning a crank.

Loud ringing like a glass bowl shakes the speakers.   Electronics feel almost like they're glitching on a loop.   Shooting stars.   Words are spoken once again, like someone is speaking on something in a teaching way, such as science.    Beats come in with the clapbacks.    It somehow sounds as if it's raining static now and then beeps come in like drops and form a dancing rhythm.    With a video game sense as well, this seems to be the best way to bring this cassette to a close: somewhat dark, electronic, beats and a not so ordinary way about making music but having it come out oh so well. 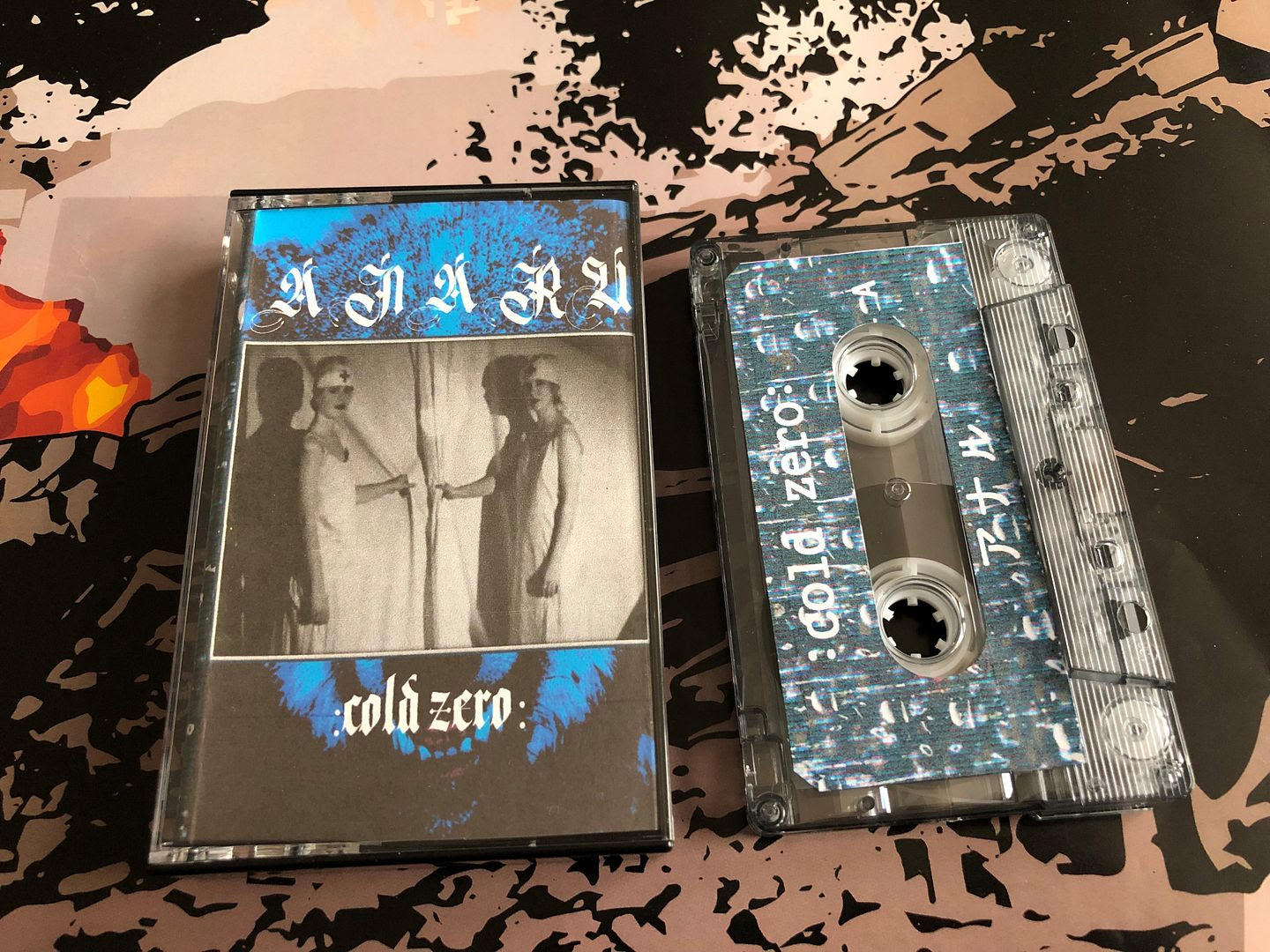 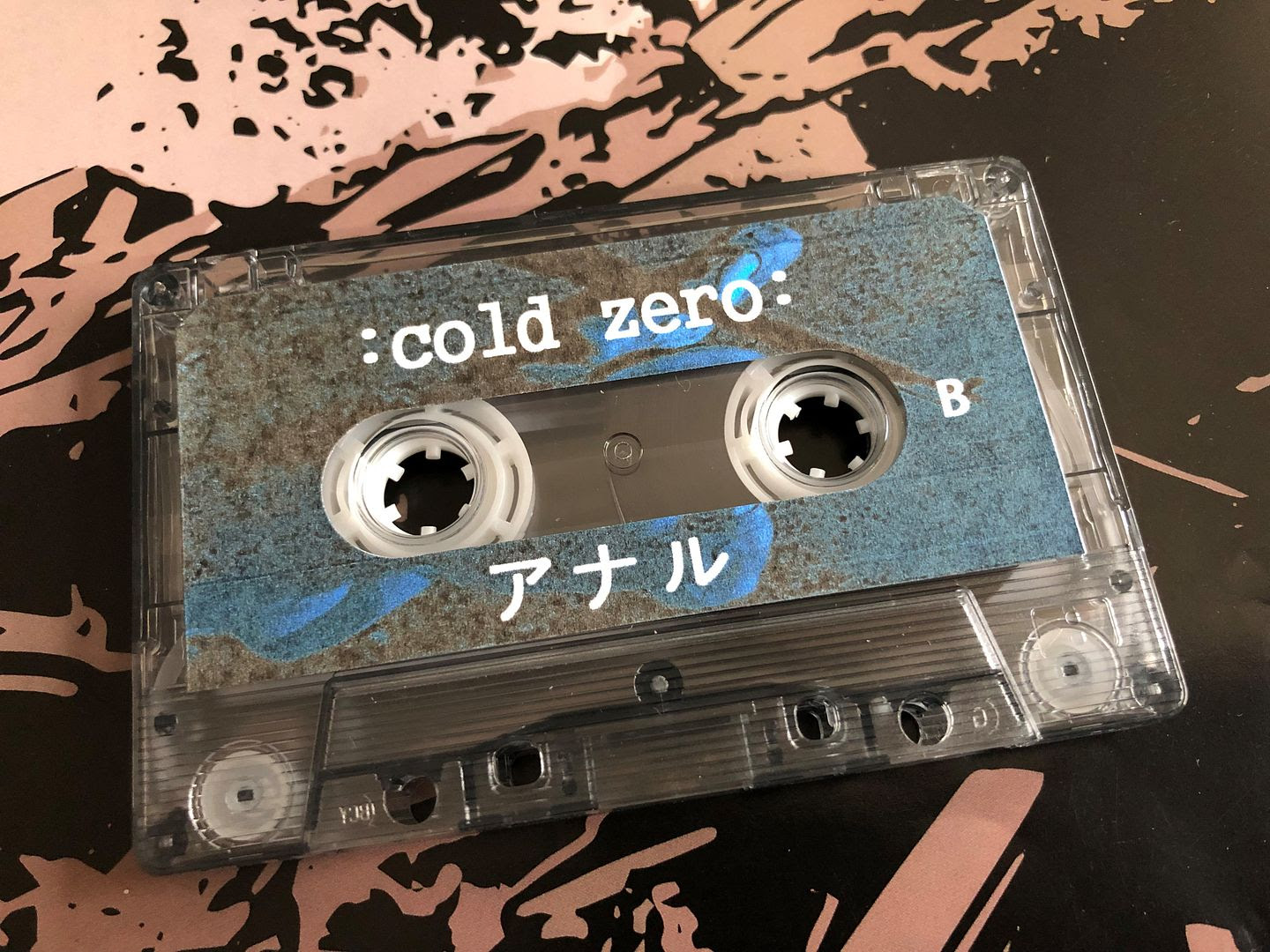 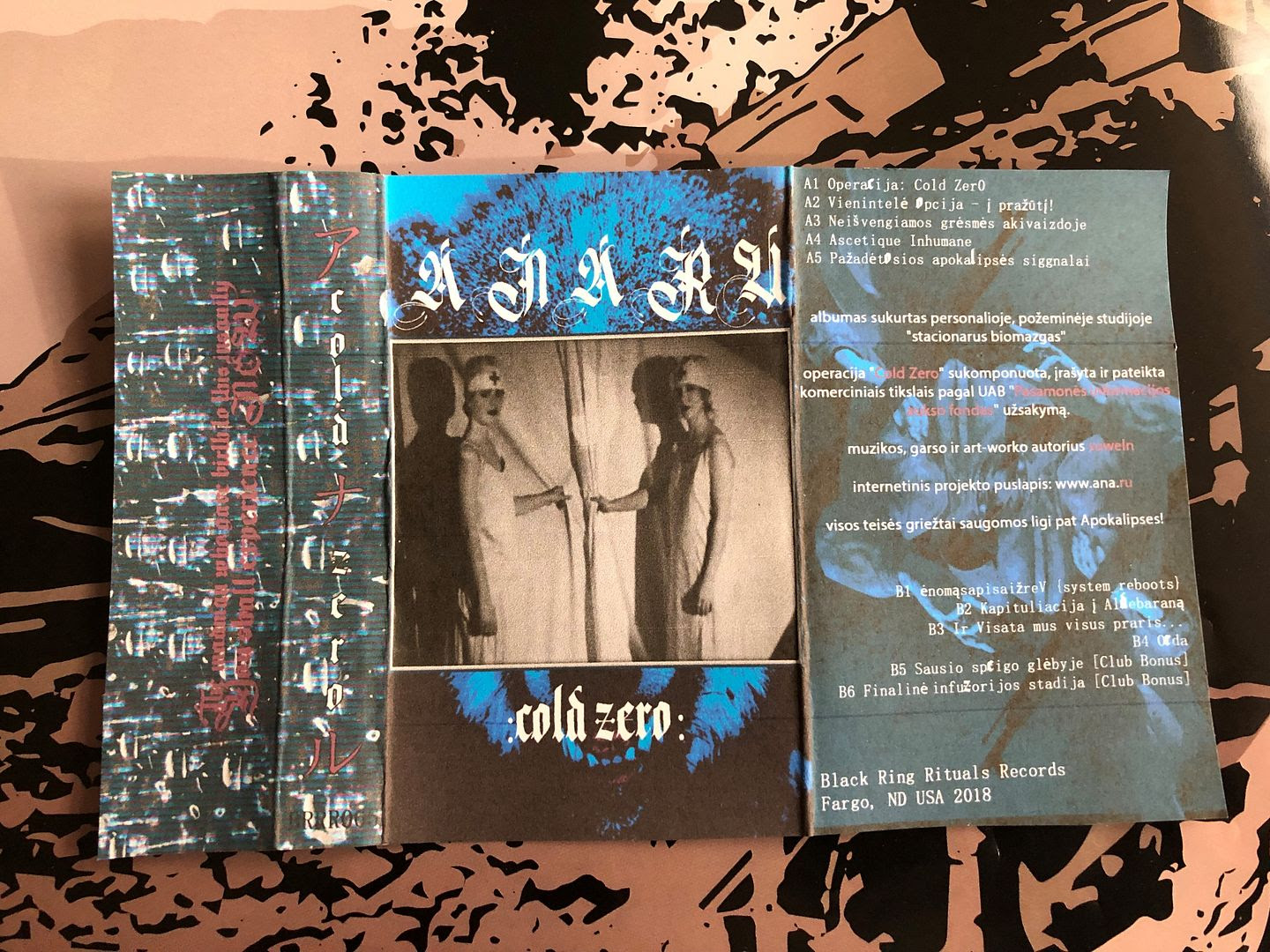