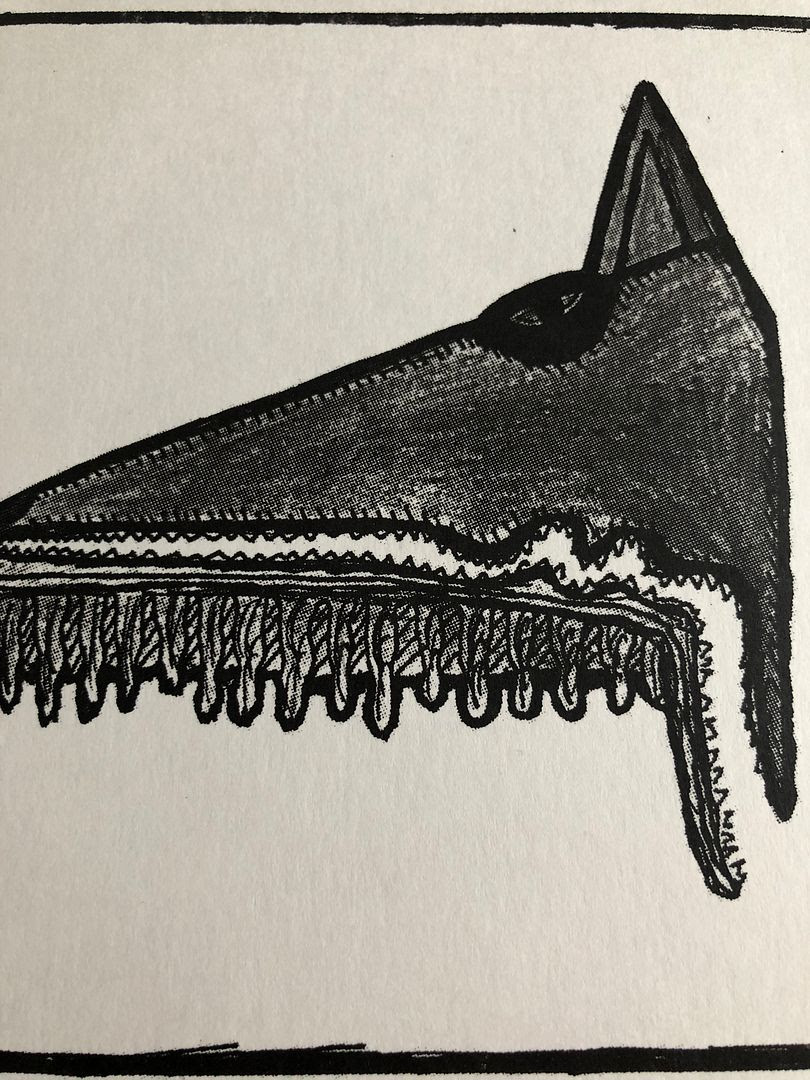 When I think about this record by Riverdog I can't help but think about how it relates to being on a different side and thus cassettes.   If an artist (or label) was to release a cassette that was ten minutes per side you wouldn't think that was too short and as such this feels less like a "single" in that sense and more like an album of work.   But it also has me interested in wondering why artists tend to have cassettes where one side can be 40 minutes but you don't really see records where Side A is all one song and it's 40 minutes or so.   It's just one of these weird things I think about, with the differences between records and cassettes I suppose.

"Eldridge" is a song which starts with spoken word and quite noisy, distorted rock behind it.   At one point there is a scream along with the spoken words and it has that math rock quality in that way where it could be similar to I Kill Giants but due to the darkness of it that I feel, in a hardcore/metal sense, I'd put it as being closer to Old Gray.    The percussion is light, a tap on a cymbal, a roll of the drums, and then it all kicks in heavy and feels like it's about to burst.    Though it started with harsher elements it really begins to break down into percussion.    There is this grating sound which has it growing louder and this is a particular type of noise rock I have not yet heard.    It's almost as if someone is sawing now and then a sharp ringing comes through which really pierces the ears.    It's somewhat sludge as if continues through with that stellar drumming leading the way for other noise elements.   Less of a grinding now and more of an electrocution.    At times, this can remind me of Waves Crashing Piano Chorda as well.

The second song, on the flip side, is called "Oak Insulator" and it begins with percussion as if we are about to go into some free jazz number.   A grinding is added into this and if there were primal vocals in it I'd be thinking about Frank Goshit.   Banging, not like drumming but some other form of weapon, and bits of sharpness are here as well.    Sharp, electronic scrapes come through while everything else calms down.   It seems to be rather shocking.   A quieter static and it almost has a feel like hissing.    A slight ringing of bells.  This feels like destruction, the wiping out of an entire species.  It seems to stop, to end, every so often only to return more violent than when it left.  For some reason, while listening to this, my window shook but it might have been unrelated.

Where do you find the sound that lands somewhere between free jazz and harsh noise?   As the percussion can hold its own with just about anyone else out there, so can the accompanying sounds which could often be otherwise heard without the drumming behind them.   I've always wanted to hear someone make electronic beats like hip hop and set this kind of noise over them, but having the percussion like this accompany the noise is a sound I never knew I needed to hear and now that I have I perhaps might feel like any other noise going forward without such drums will be missing something.    Listen to this one only if you don't mind having your views on music change for the better. 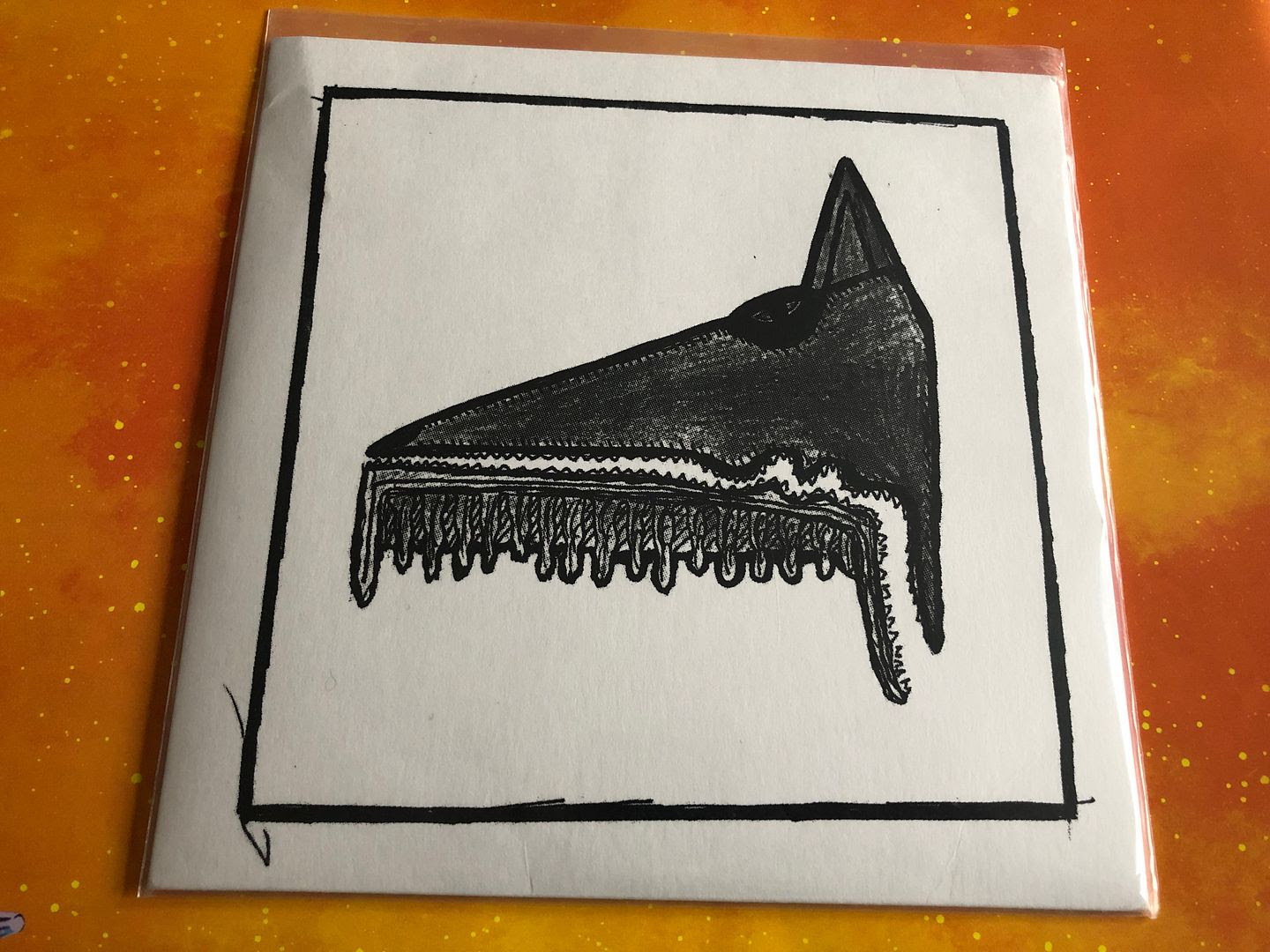 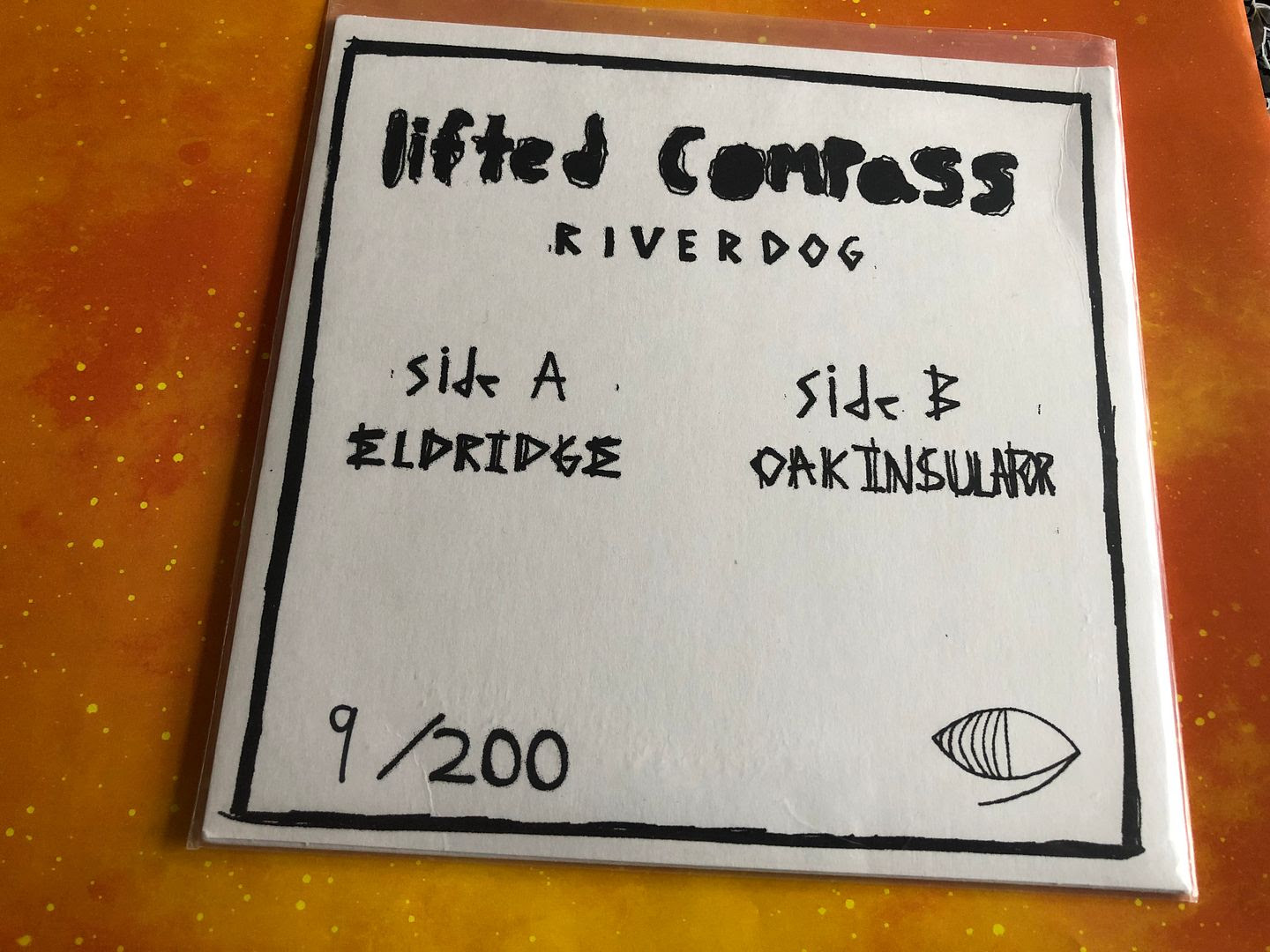 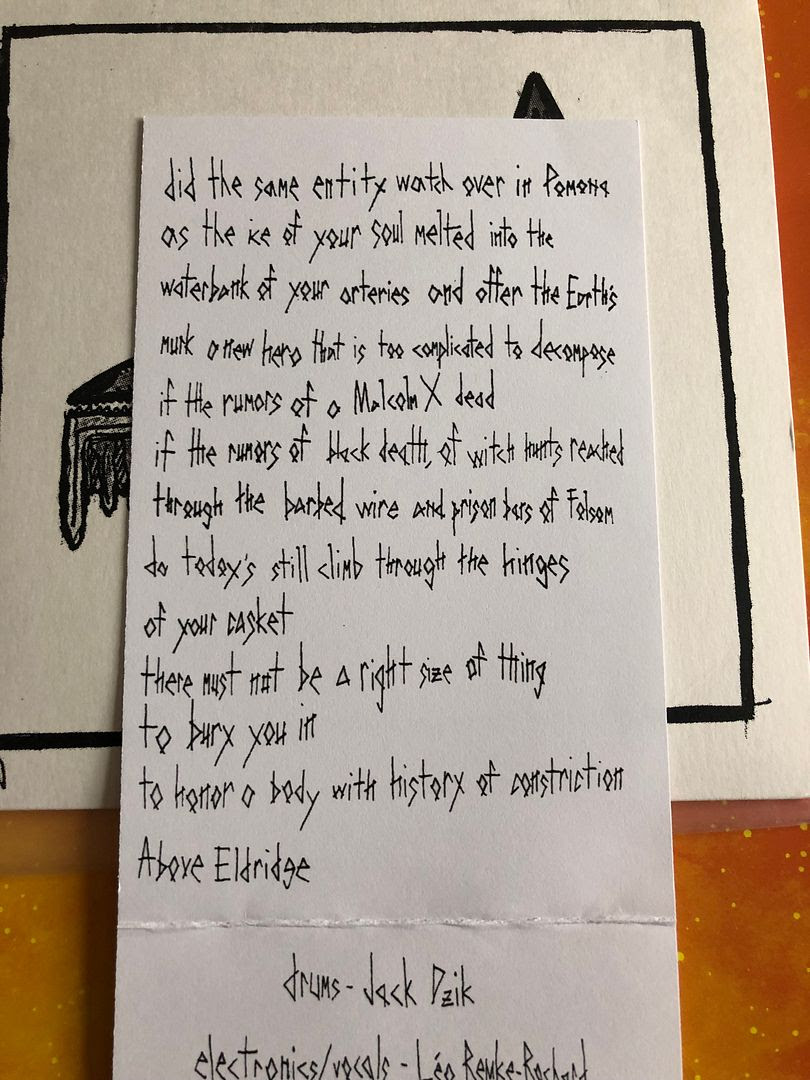 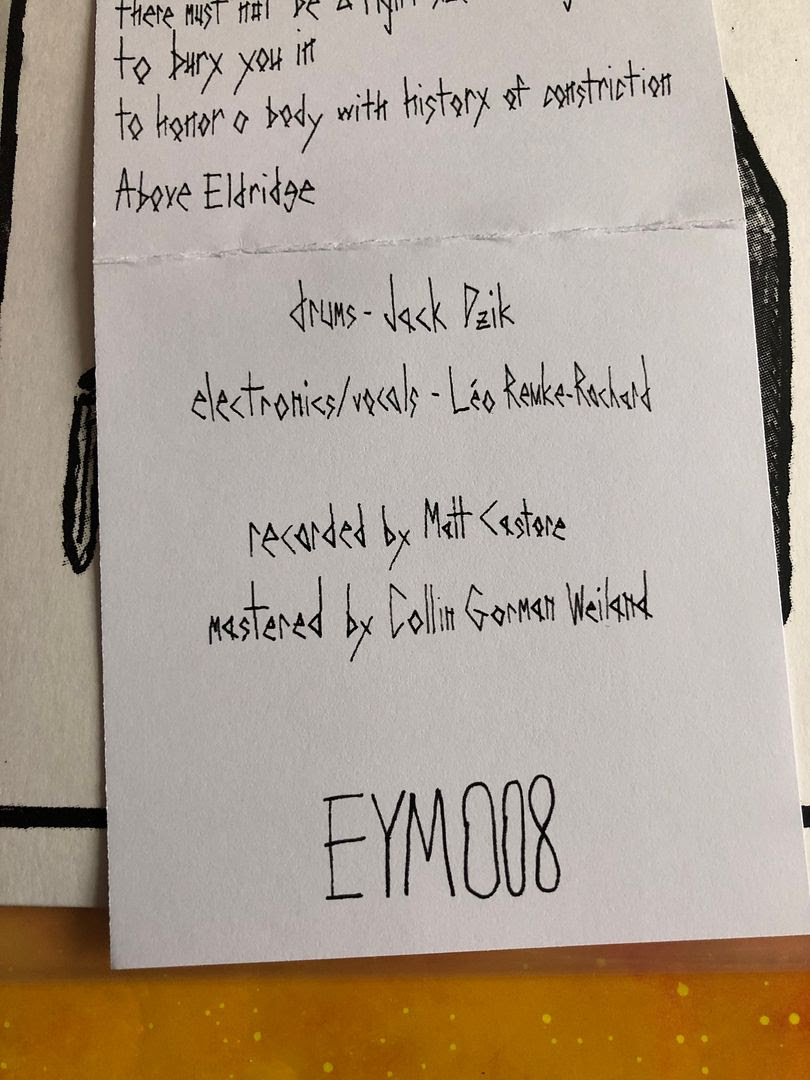 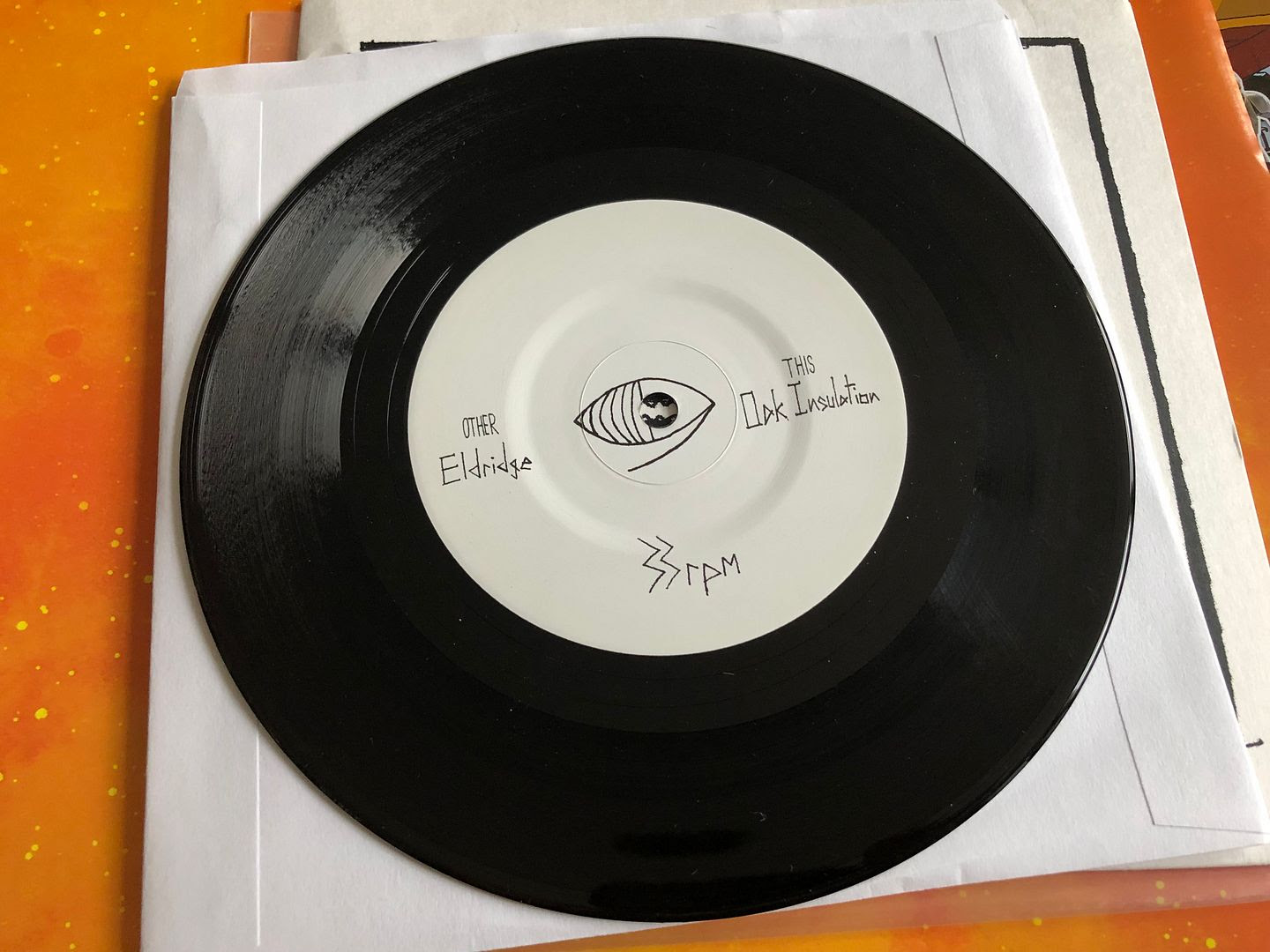 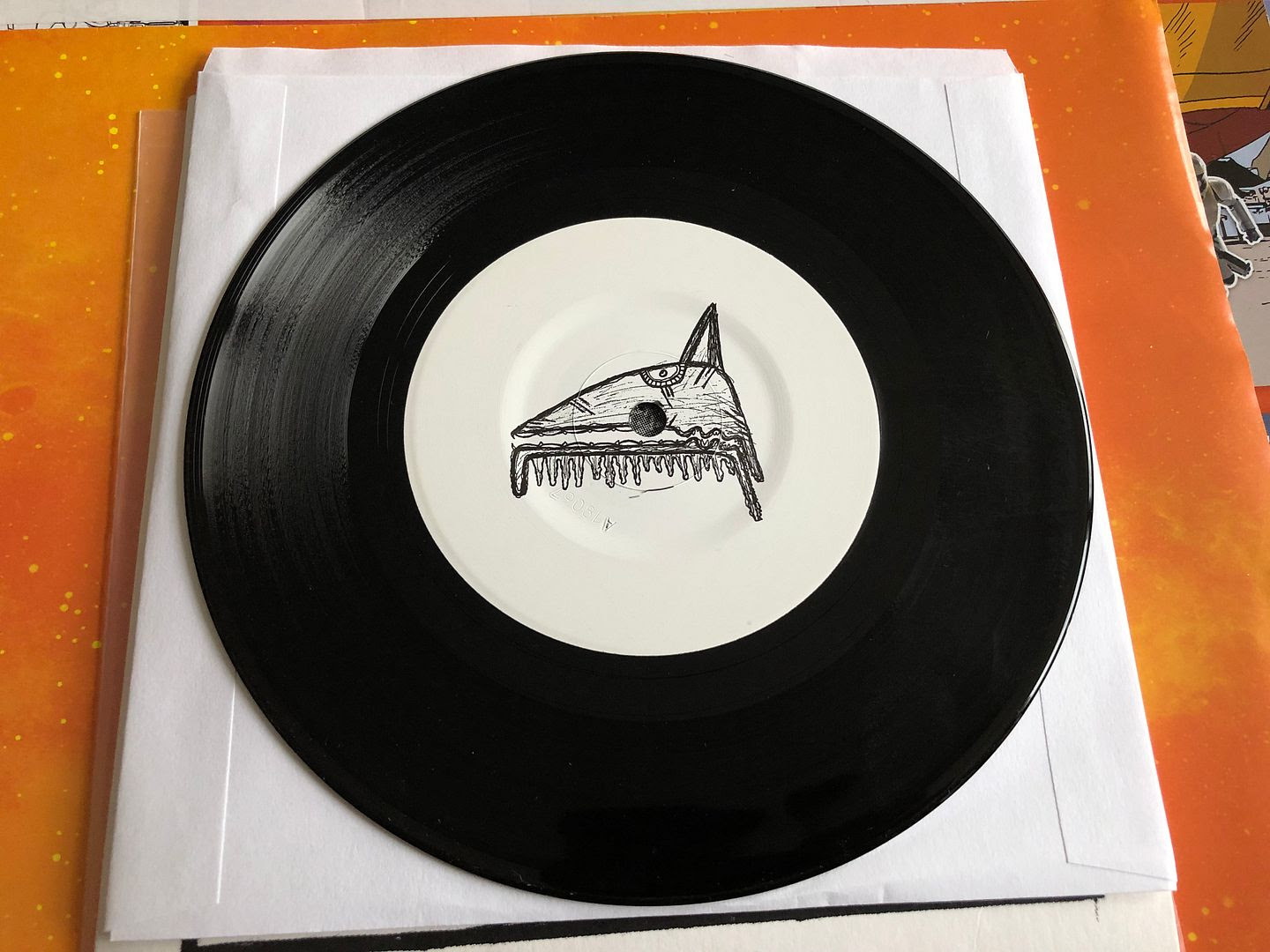 Posted by Joshua Macala at 8:14 AM