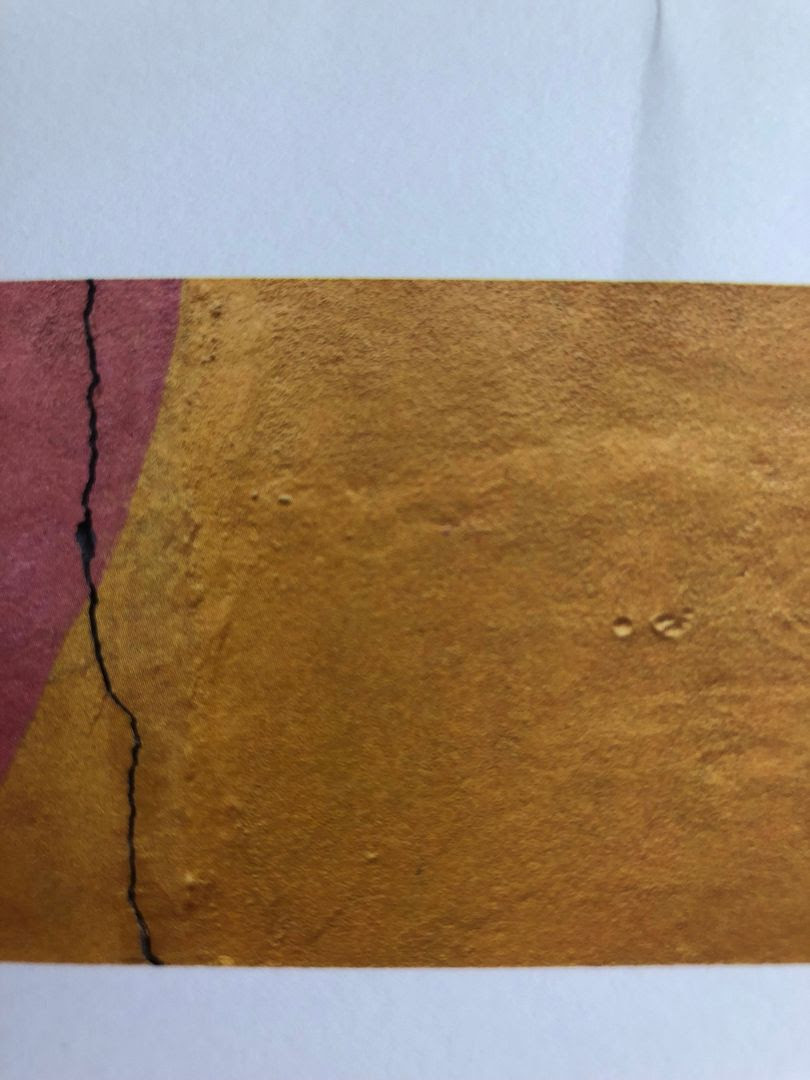 "Neuter" begins with that grating sound, like someone is dragging a chair across the floor.   It eventually begins to go back and forth like a saw before it also breaks out in this magical way, as if it is destroying every construct you believe about music.   Sometimes I imagine this large metal pan, one you would use for baking, with a single marble rolling around in it.   The pan is shifted, turned up, down and sideways like a steering wheel where there are no roads, only space.   How are these sounds created?  The answer is in your mind.

Somewhat like a kitchen comes the percussion in the form of banging pots and pans, other utensils together as if the master chef is searching for some secret ingredient only he can find.     Though it sounds a little bit like a shaker, I feel the sound now is just a faster sort of grating, the two things being rubbed together not entirely certain though it culminates with loud bangs and I feel I've said this before but Dane Rousay reminds me a bit of Jay Peele.

Chaos ensues.   I wonder if I turn this up loud enough whether or not the neighbors might think I'm doing some heavy kitchen cleaning.   Though at this point the neighbors probably don't really care what I do and just know there is always some sort of unexpected sound coming from my apartment.  It grows louder and louder, as I imagine myself opening a cabinet and entirely too many objects to have possibly ever fit in there falling out onto my head, like that one closet scene in "Uncle Buck".

That rolling marble is back now but it goes only from side to side.    Isn't there some kind of game like this, a child's toy?  I can imagine it in my mind but wouldn't know how to describe it or what it is called.   A louder sound is added now, someone dragging a snow shovel across a cleared driveway perhaps.  (And maybe I am only thinking that because we are supposed to get our first snow tonight, though I saw some last Saturday)    One by one sounds enter and leave now.   A cash register symphony.   Drum sticks hitting items which are not commonly drums.

Loud, rapid fire banging now and I hear my neighbors growing restless.   This could be a pinball machine going full tilt.   I keep waiting for the applause in between every moment of silence, every break, but I do not believe this was performed in front of a crowd like that.    I feel like I keep seeing the name Dane Rousay a lot and that's not a bad thing.   Any time you see a cassette, such as this one, with the name Dane Rousay on it, you should be certain to buy it right away.   Really, this isn't just a lesson about "Neuter" but one about why you should buy all of their music to embrace for as long as you can. 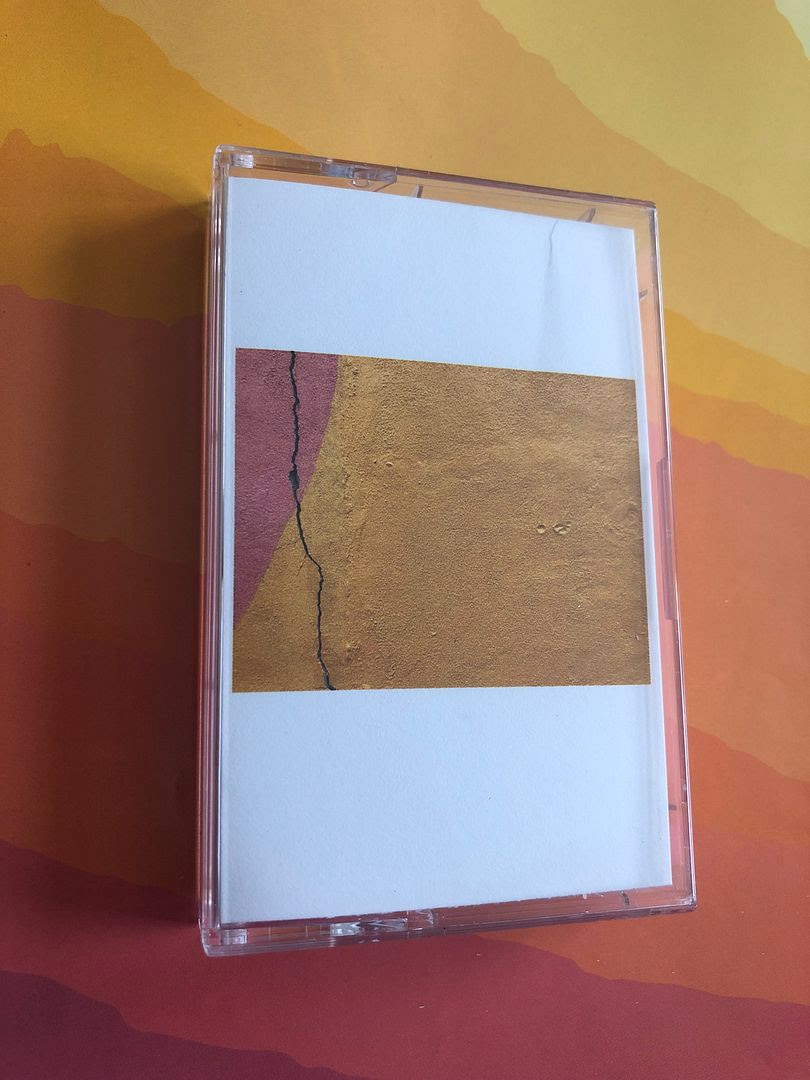 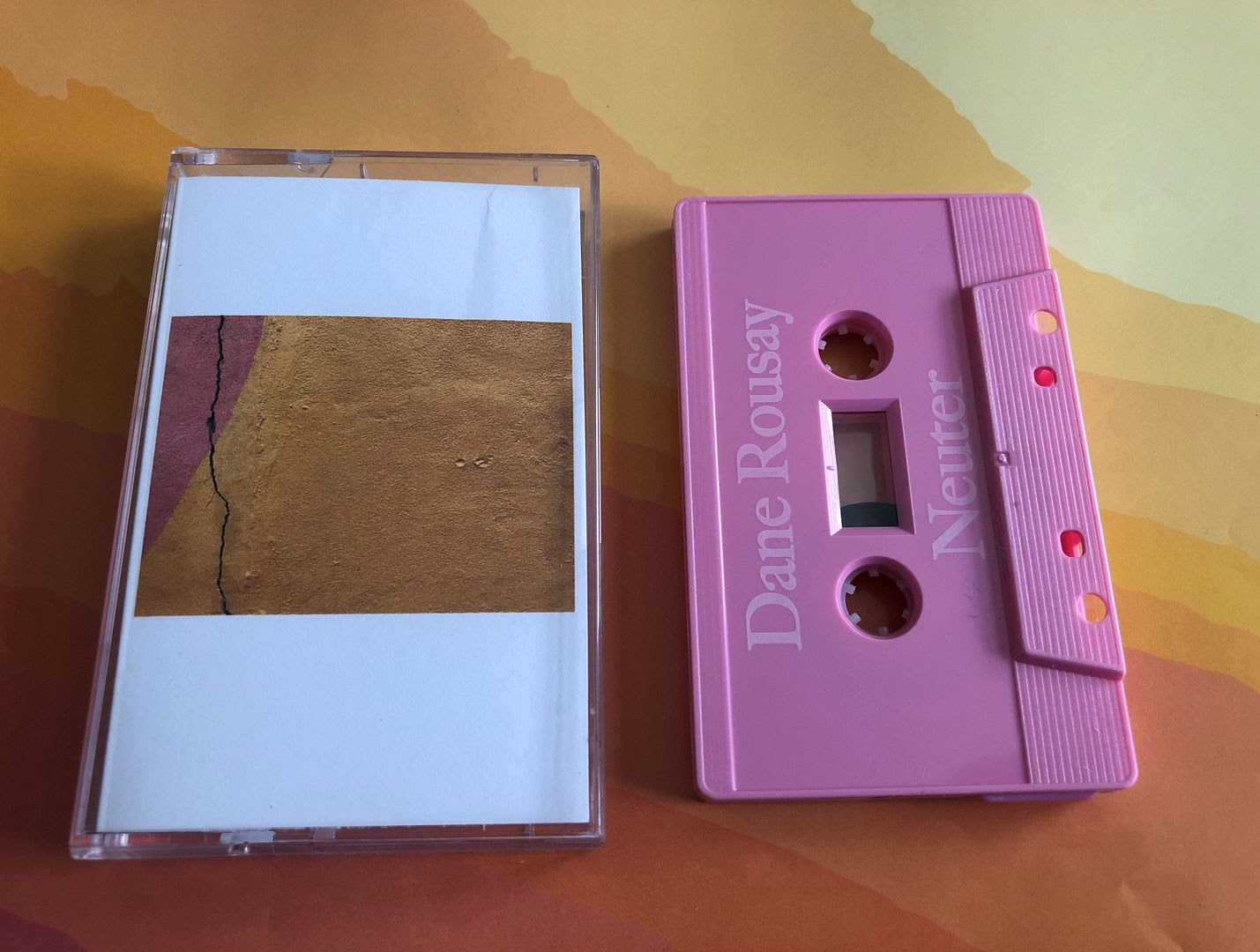 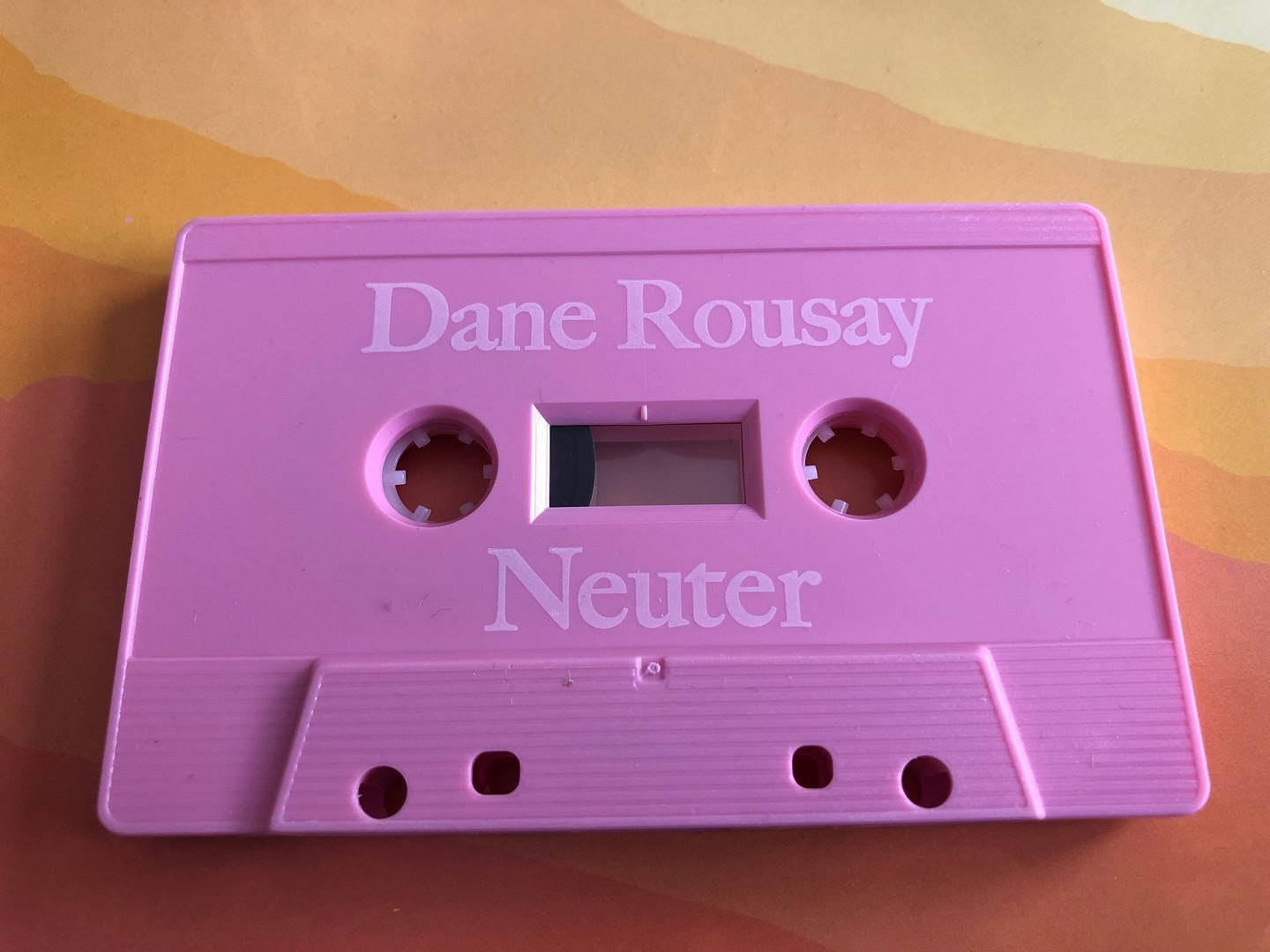 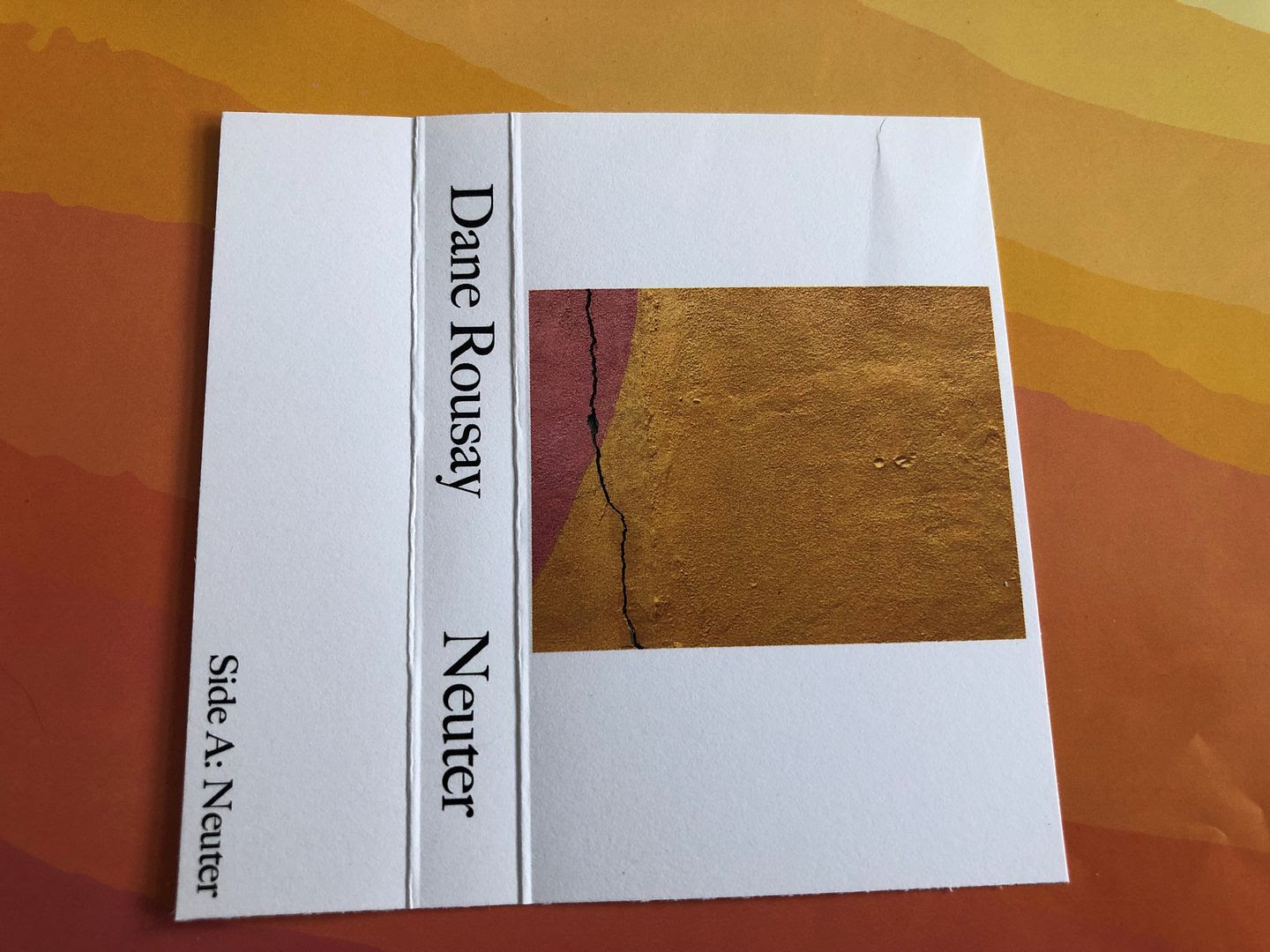