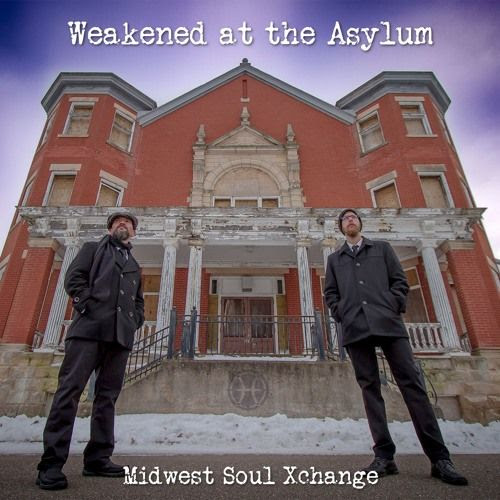 When listening to music, my first concern is always that of the music itself.   Fortunately, I've never really come across an album where the music was just all right but I was really into lyrics, but if you listen to as much instrumental music as I do you tend to put that focus on the music over the words.   With elements of Pink Floyd, Elliott Smith and Queen, Midwest Soul Xchange have crafted a rock opera based around the water crisis in Flint, Michigan.    There is a spoken word part on the first song which explains a lot of this, it sets up the story.

Music aside, the lyrics in here are worth quoting quite a bit.   Perhaps more importantly though, they tend to have a focus on how something so simple (see: the song called "Simple") can have such an impact on people.  It's something that someone such as me would take for granted on a daily basis.   I use the public water in Meriden, Connecticut to shower, do dishes, brush my teeth, clean in various other ways, cook and, yes, I even drink the tap water.    Without it, I don't know what I would do and constantly buying bottled water would become too expensive.

Sometimes this can sound like The Beatles and other times it has just stand out acoustics.    "The Loser Illusion" is one of the best examples of what you'll be in store for when listening to this entire album, though it really should be taken in a song by song way, meaning listening to just one song could have it feeling out of place.   On "Dear Sarah," the titular line of "Weakened at the asylum" is repeated near the end.   "Molehill Mountain" has a banjo feel to it while "Name Like A Symbol" becomes rather operatic, a true sign that this could be a complete stage show.

As far as music goes, this is one of those albums you're likely going to hear about- or should hear about- because it has that "American Idiot" / "Killer Queen" vibe to it that not every artist attempts because, let's face it, this is not the easiest sound to pull off for an entire album, but Midwest Soul Xchange are bold enough to do it.  On top of that I feel like this will (hopefully) bring more attention to something which most people take for granted every day and the more discussions we are having about the water crisis in Flint, Michigan the better it is because that will hopefully bring it closer to being resolved.   Also, in years to come this will serve as a reminder (as all history tends to do) of mistakes which should not be repeated in a civilized city.