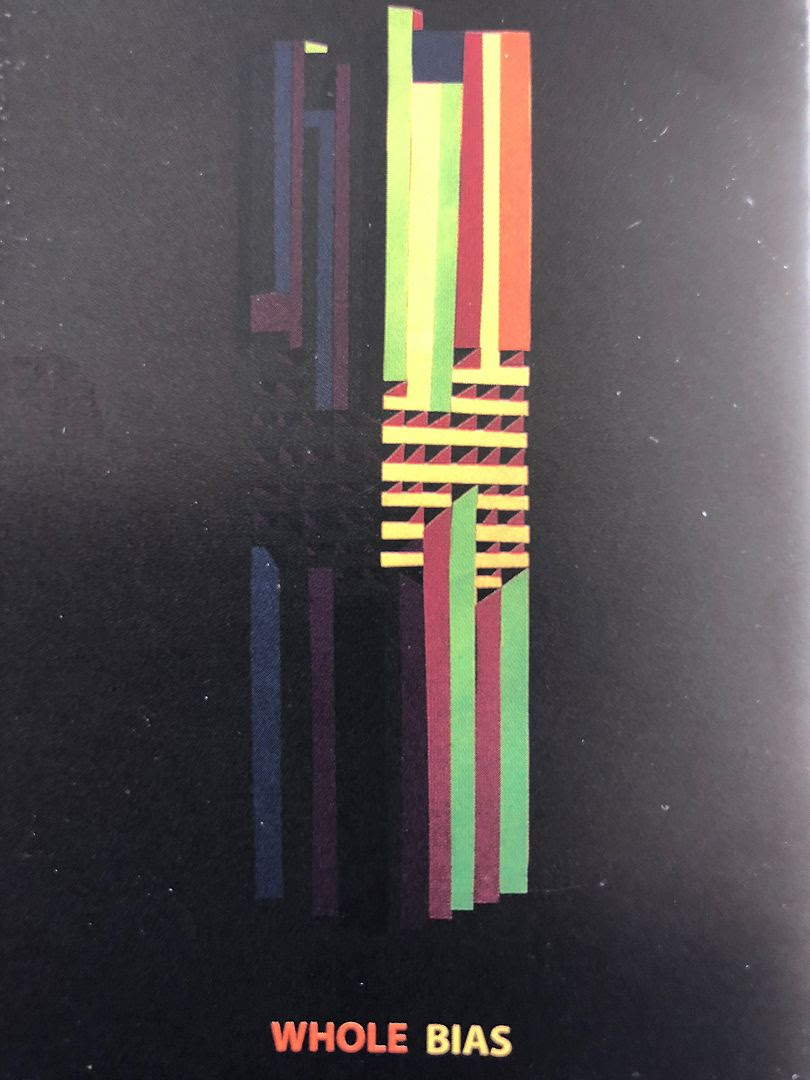 No one is really sure why their mind works the way that it does and that can be especially true of me.   When I look at this cassette one of two things always happens: I either think of it as being self-titled and called "Whole Bias", which is interesting because if you have a bias it is usually because you favor one thing over the other, say peanut butter over jelly, but having a "Whole Bias" could mean you like both.    Or if I'm not thinking about that I'm thinking about how this band has the same name when spoken as that Courtney Love band which also makes me think how odd it is that "Whole" can mean "with" while "Hole" can mean "without".

Upbeat rock reminds me of Beck as it has some combination of electro and psych.   When most people think of that "Batman" movie from the 1990's with a killer soundtrack they tend to think of Seal but there was a U2 song on there that wasn't terrible (and not all U2 songs are terrible either) and this reminds me a bit of that song as well, the better side of U2 if you will.   The music is just hypnotizing and the drumming is remarkable.

As it grows darker, it also grows quieter with haunted synths.   We end up tripping into space like Bowie but this could also just as easily be melodic industrial.   In the sense of David Bowie, I like to imagine WHOLE as some kind of collaboration between Bowie and Trent Reznor, which does exist but this would've existed back before "Wish" (if you can get the timing down on that)   The melodies also make me think of both The Beatles and also somehow Radiohead.

On the flip side, we open with fast paced drum machine beats and a somewhat haunted sound which reminds me a bit of Muse.    This goes into a bit of funk, as the next song has this groove to it and yet it also reminds me a little of the melodic side of Choidos.    It maintains that electronic rock sound though and it just has this huge presence to it as well.   In some ways, the harmonies remind me a bit of Linkin Park as well, which isn't a bad thing when they are presented in such a way as this.

This brings about some piano tones with louder vocals which has a big arena rock sound to it and while I go back to some sort of combination of The Beatles and Muse I'm sure there are other influences which could be pulled from modern music if you should happen to go see more bands than I do which play arena-sized shows.    The vocals are unique to WHOLE though and that does make a big difference with this cassette as well.

What's interesting about this cassette is that as you seemingly pick up different influences along the way, you tend to hear them all the time on the second listen.   For example, I didn't really hear Chiodos in here until Side B and yet when listening to Side A again I could hear it in there as well.   But if you're looking for melodies, sometimes haunted, then this rock band called WHOLE will be perfect for you. 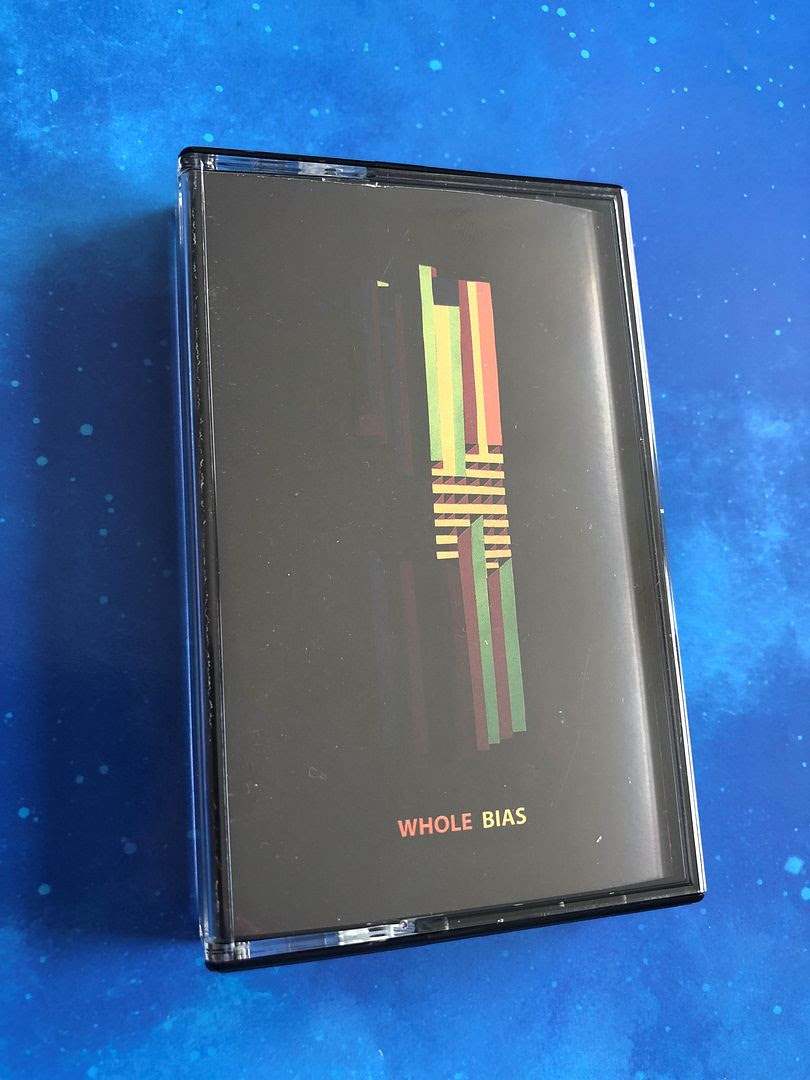 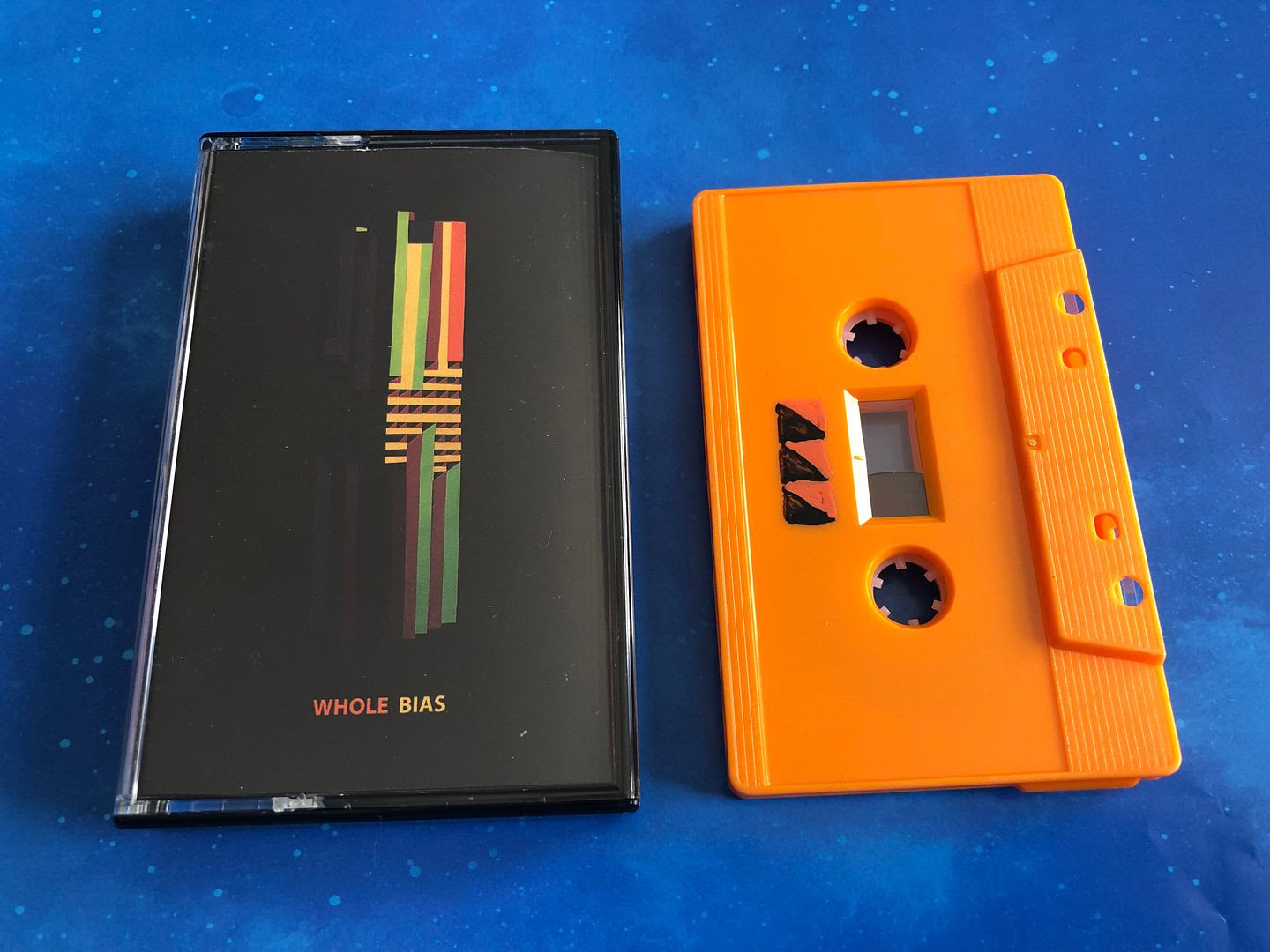 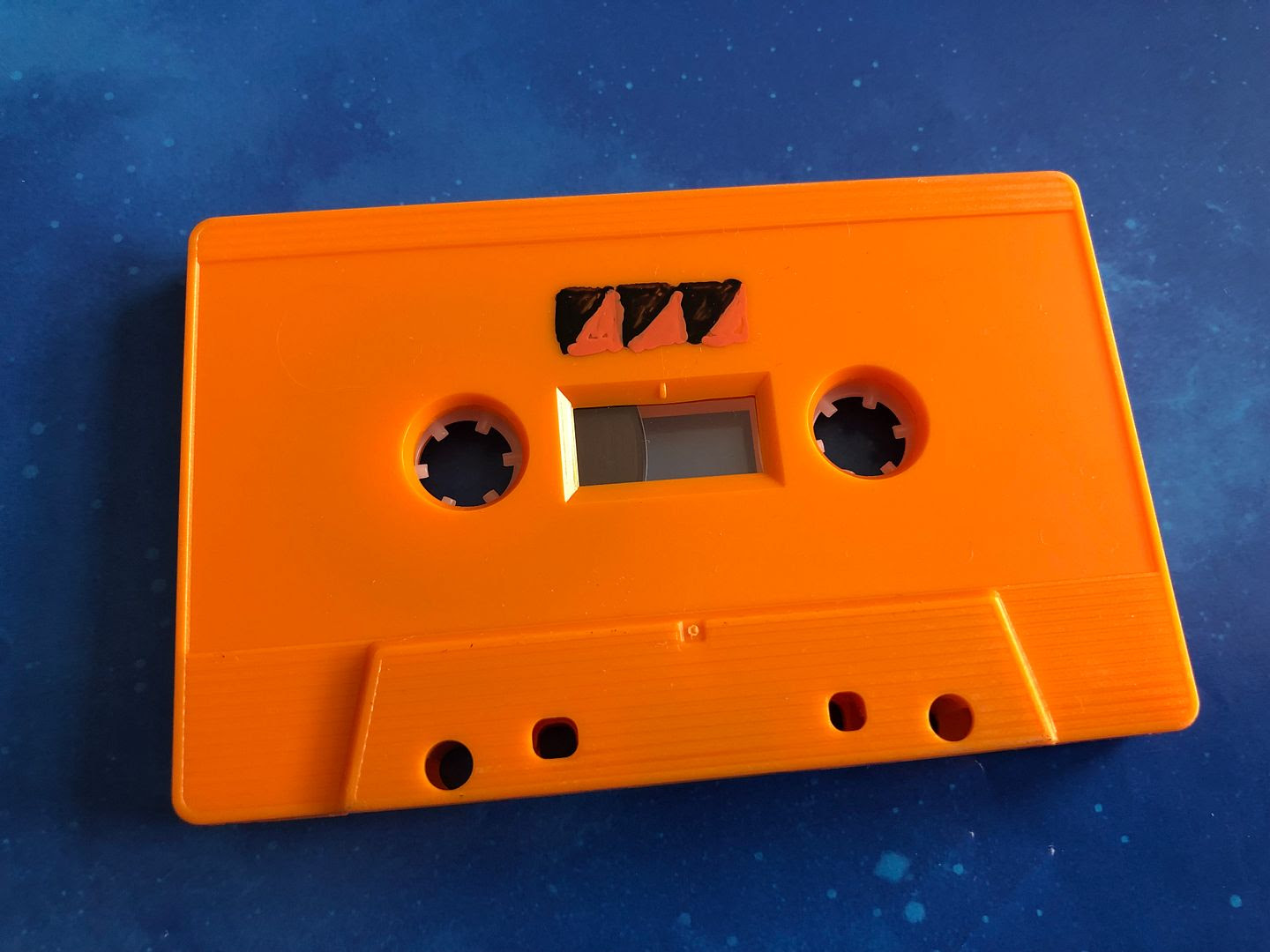 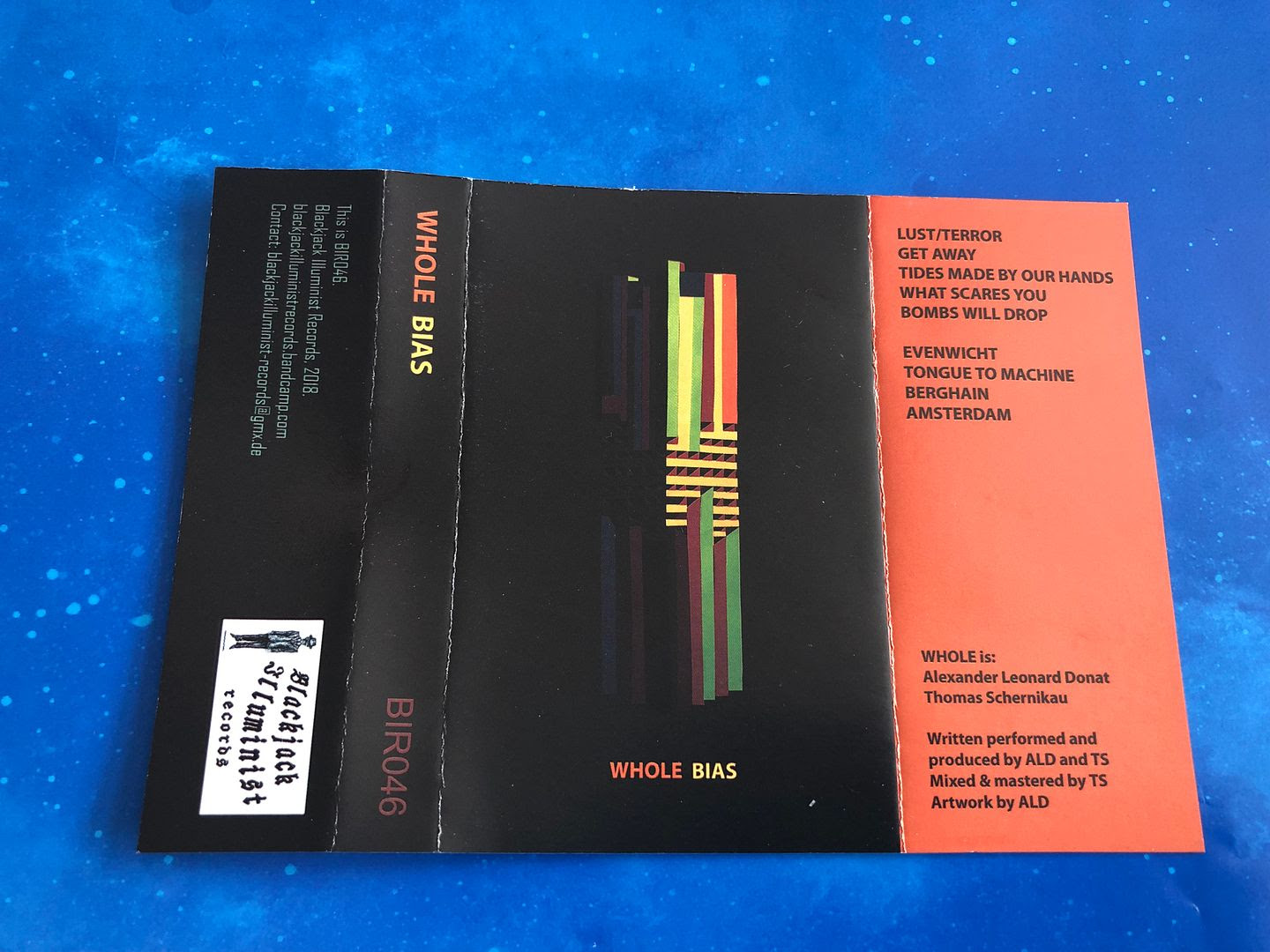 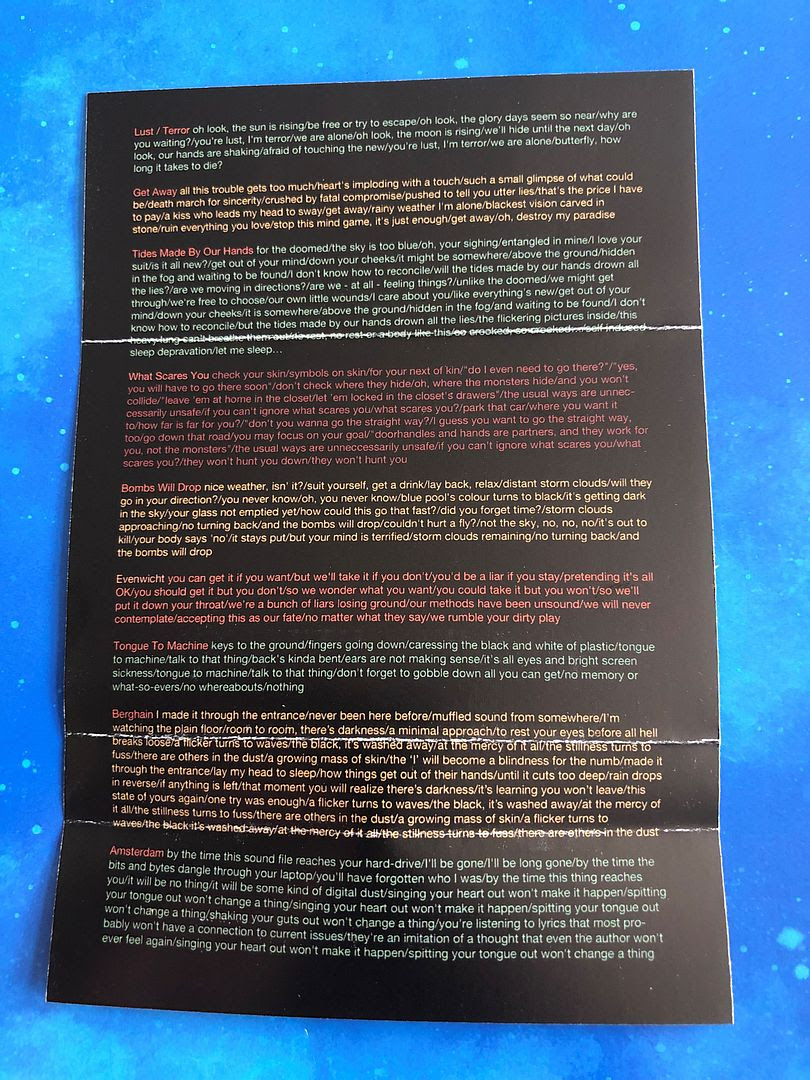