I've listened to "Lost & Found" about fifteen times now.   I even did that thing where I clicked to read more on the Bandcamp page for it (Shout out David Drucker) and found out that these songs are mostly "demos", but you wouldn't know it by listening to them.   It's weird to think of this alignment of songs as anything but intentional.   But I suppose that is the story of Period Bomb though, no?  It's that idea of making it up as you go along, but the end result just somehow makes it feel like it was your intent all along.

"Lost & Found" is not an easy cassette to digest.   If you've been listening to Period Bomb (like I've been telling you too) then you will immediately fall in love with this cassette.   Still, there is a lot going on within a lot of these songs so it can be pleasing on the surface but sometimes you have to hear certain parts enough times to full grasp the weight of them.   And I think one of the most remarkable parts of that is that often times these songs can be less than a minute but you still can't fathom everything going on in that short a time.

There is an audio clip of someone peeing, an angry voice mail message about "Where do you get off dumping your period blood on stage?" and even an anti-drugs PSA (of sorts) called "NO DRUGS".    Then you can even break it down into something simple as a line like: "My bubblegum in your hair".   I think that represents this cassette in such a large way because the act of putting gum into someone's hair is simple, a baby could do it and it takes mere seconds.   But the results, the trying to get it out of your hair and all of that which come to follow are much more complex and not for a baby to attempt.   This, in many ways, is how I feel about the music of Period Bomb (though a baby couldn't play guitar, obviously)

At times "Lost & Found" is a trippy ride into another realm.   Other times, it's this glimpse behind the scenes, a reminder that this music is made by humans, as something like the line "Do you wanna do it one more time knowing that--" cuts off at the end of a song.   And then you have a song like "Rot w/U" which is loud, screamy and reminds me of certain songs by Vandals but it also is about smoking pot.    It's not easy to put into words but it's that punk rock feeling where you felt like punk rock was being played fast because they didn't know what they were doing and Period Bomb feels like they know what they are doing but still mimic that idea somehow.

This cassette is experimental as hell.   Phone conversations about calling the van smelly and sometimes we just drop off into this instrumental sea that makes me want to do drugs but I can still appreciate while riding the bus or walking through downtown in the cold, watching people walk by in short sleeves and wondering how they're not freezing.   The song "Hot Stuff" is also on here, which was also perhaps your first introduction to Period Bomb via Already Dead, you know, if you haven't listened to them on Crass Lips like I told you to do oh so long ago.

Many artists take pieces of genres to form their own sound.  To me, Period Bomb somehow passed all of that and just skipped right ahead to forming their own genre.   You could write a book about "Lost & Found", a chapter about each song, and it would be even more substantial in five or ten years when you can point to other artists and say "This band took their whole sound from this one Period Bomb song".   You'll hear what you want in here, depending upon who influenced you, but I'm at the point now where all I hear is Period Bomb and there is no other. 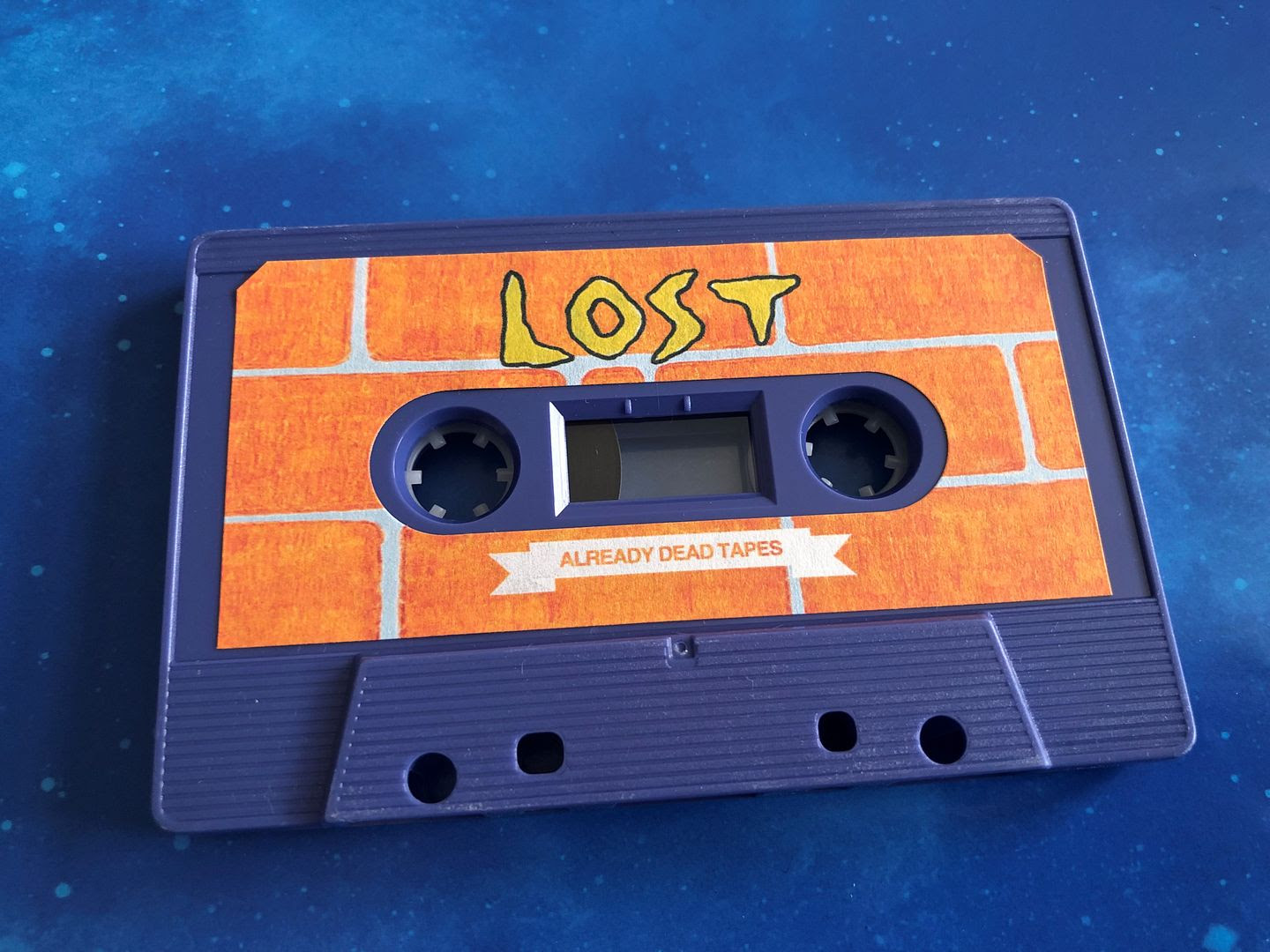 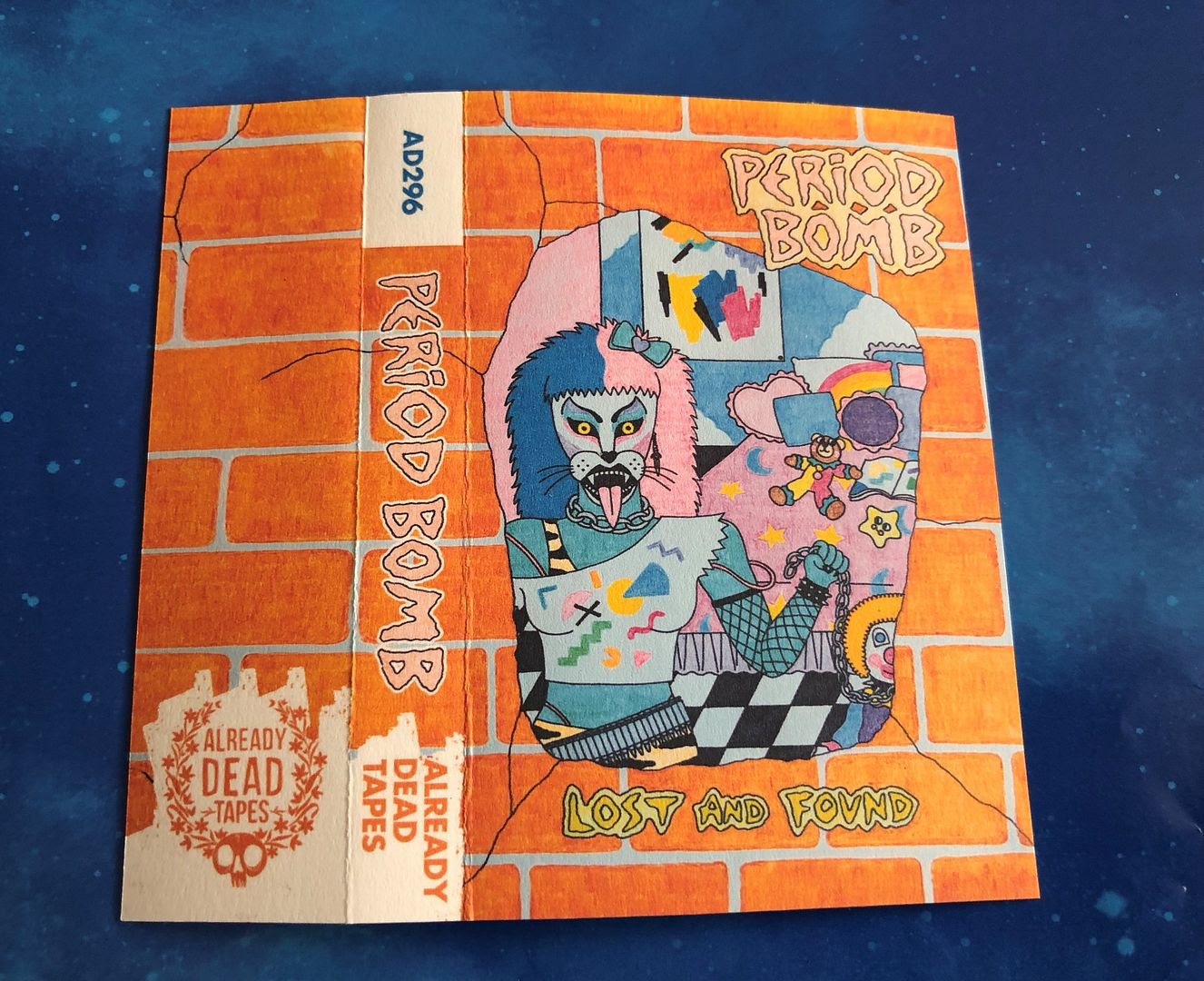 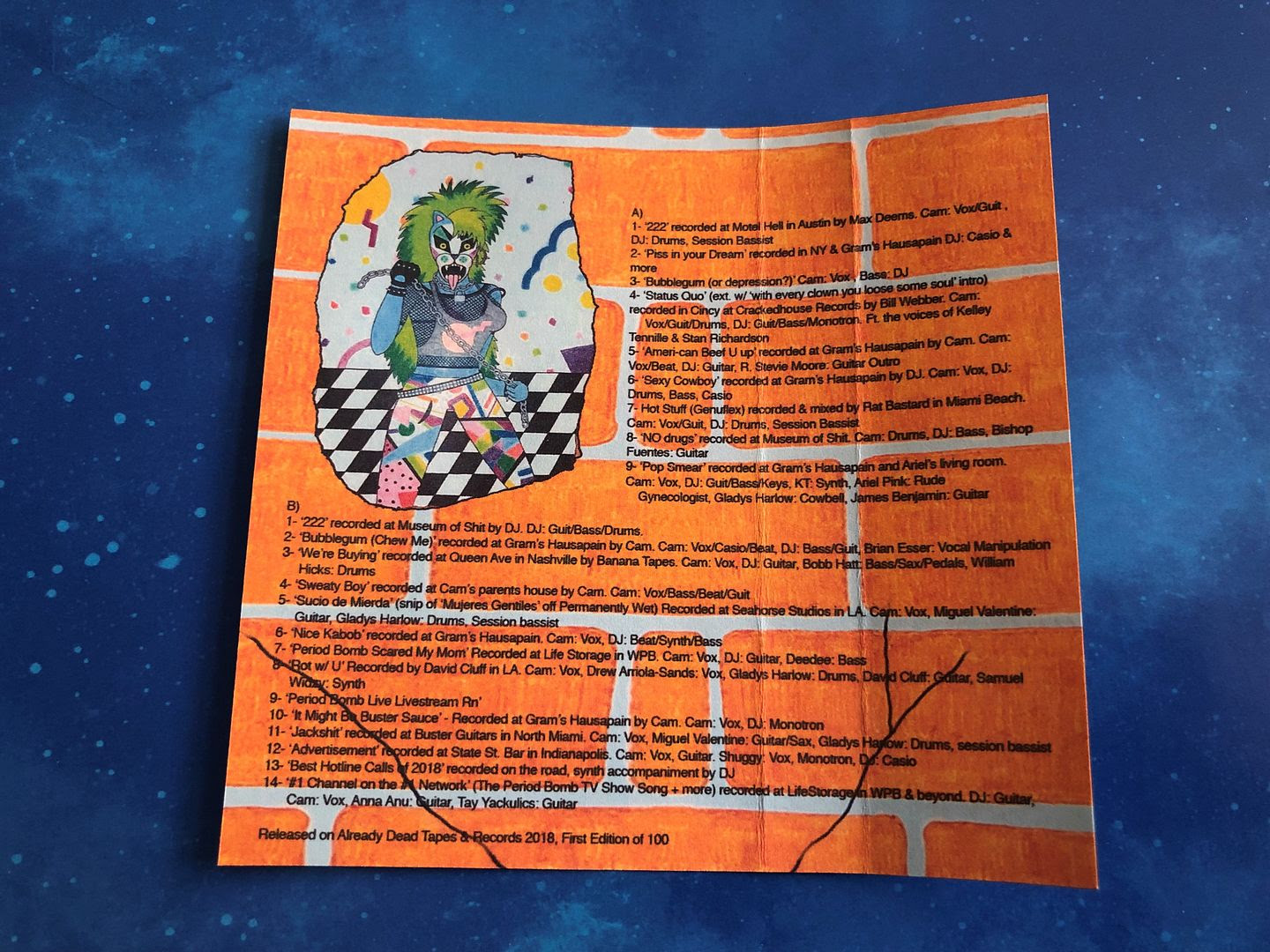