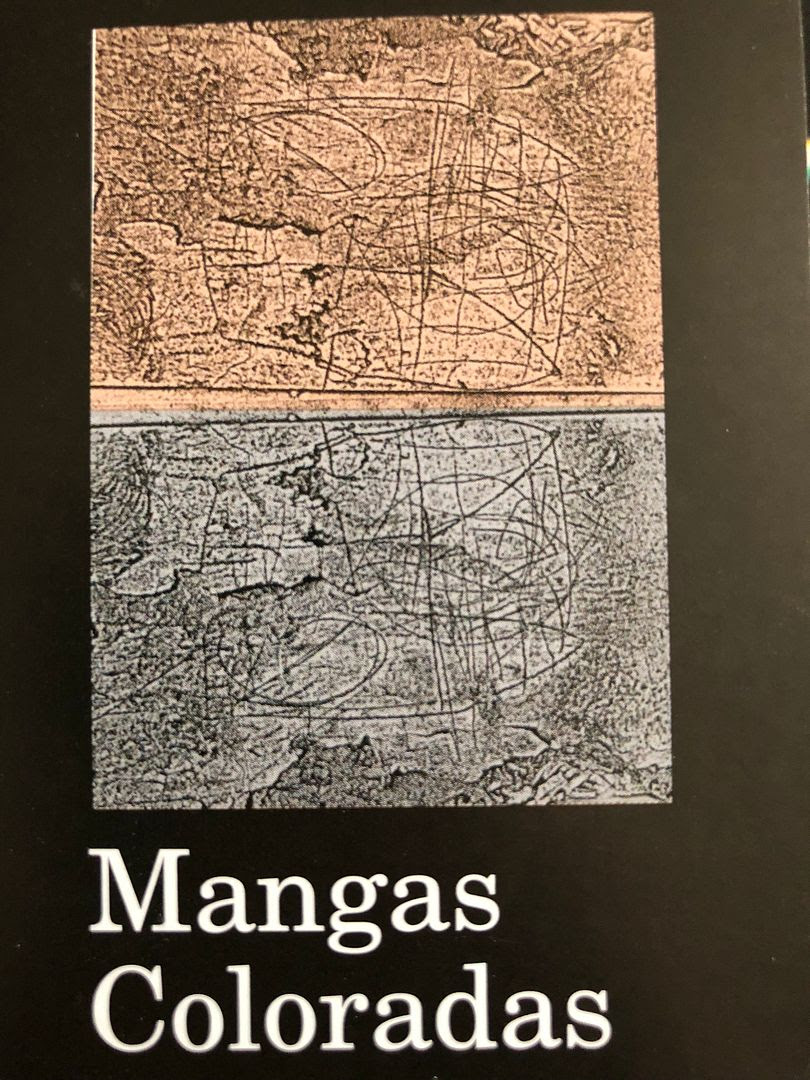 Ambient tones ring through to begin "Mangas Coloradas".   The sounds generate waves.    There is this grinding sound to it as well, an almost haunted laughter.    This leads to  a bit more percussion, which can have a tribal sound to it.    There is an ambient drone behind it now and the sound feels as if it is beginning to lift us up.    A darker, calmer mood now as the cymbal crashes light the way.   It feels as if we're walking around, a detective in a pulp novel, working the beat of some smoke-filled streets, trying to stop the worst of the criminals when everyone is crooked.

There is a certain air to this and then darker tones come through, back and forth and I feel like as they are played a keyboard is being lit up, something like "Q*bert".    Audio clips are being spoken within these tones as well and it has an overall eerie vibe to it.    An odd rhythm comes out next, somewhere between jazz and a video game, a specific intent even if I'm unsure what it is.   It definitely makes me feel as if I'm walking around with a purpose though.    It's got that tough quality where when listening to it you feel like nobody nor nothing can mess with you.

Singing, but maybe more of chanting, comes through as well now.    Synth tones make my speakers shake for the next song now, as it is loud in that sense and otherwise also building.   It feels like it could bring a building crumbling to its very foundation.    Though there are space whirrs floating around in the background this loudness in the front is what you will most likely take away from this track.    Drum machine beats now lighten the mood a little, as I'm thinking of old school hip hop.    This has some cool sounds which could be vaporwave and then we go into an audio clip to open up a moving track.

This clip is talking about metamorphosis and somehow it does feel during these echoing beats as if one thing is changing into another.    It also seems fitting as it ends out Side A, so we're changing the sides of the cassette now.    Lasers are fired rapidly like a video game and then it breaks down into something a little bit eerie.   Moans come through now in the next song with a bit of percussion which makes me feel like voodoo.

One by one, synth notes come out as if a keytar or some sort of new keyboard from the 1980's/1990's is being played for the first time.   I imagine a movie such as "Bill and Ted's Excellent Adventure", mostly because of that scene with Beethoven in the mall.    Sharper notes pierce through while distorted bass notes compliment them.    It grows quieter, minimal by the end and it feels as if we are slowly being lulled to sleep.

This takes a contrast on the next song as it sounds like some sort of modem/fax machine/electronic glitch with robotic button sounds coming out as well.   This takes us into a game of pinball gone wrong and then some ambient ooooohs and ahhhhhs.   There is a rhythm now where it feels like the bottom is dropping out.   I feel like we're in that Willy Wonka elevator for some reason.    Beats, dings and that overall cool vibe bring about the next song, which makes me feel like we're either reflecting or graduating.

As the tones begin to wind, words return and this sounds similar to what we heard about metamorphosis on the first side-- the voice I mean, not the content.    This brings on more serious beats and synths which make me think of vaporwave for sure now.    A jangling feel now, as this is seemingly getting darker.   As it gets closer to the end, it gets darker and some words are spoken right before it all stops and it has a rather final sense to it, if you will, which I think every cassette should. 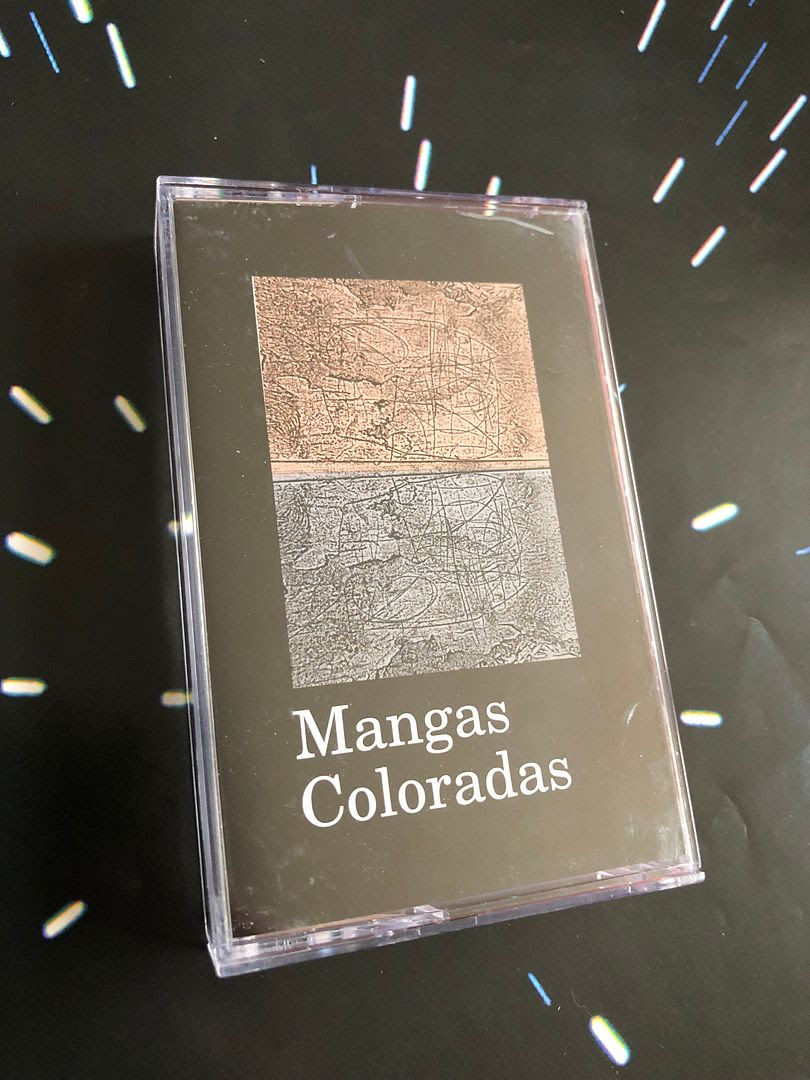 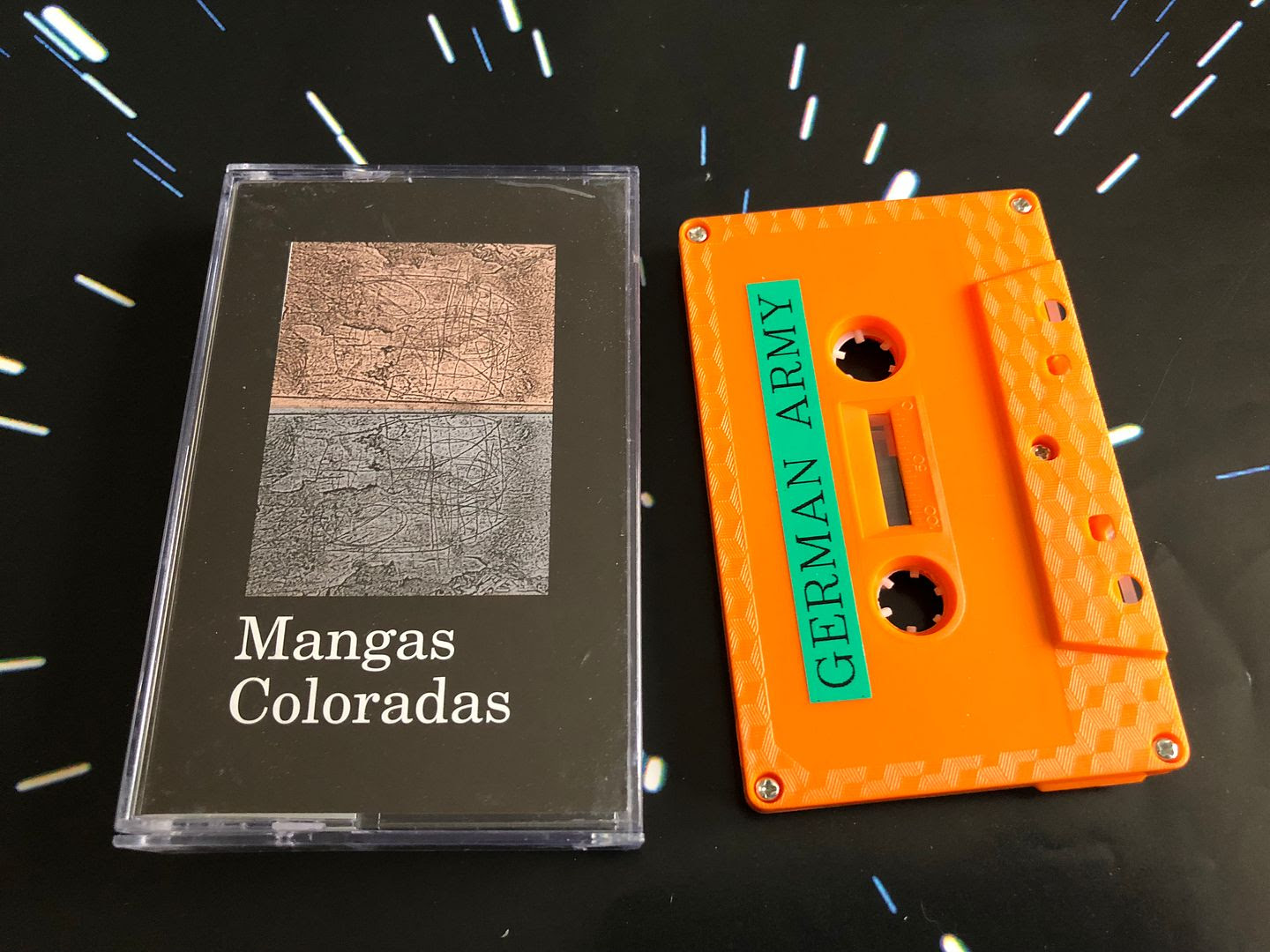 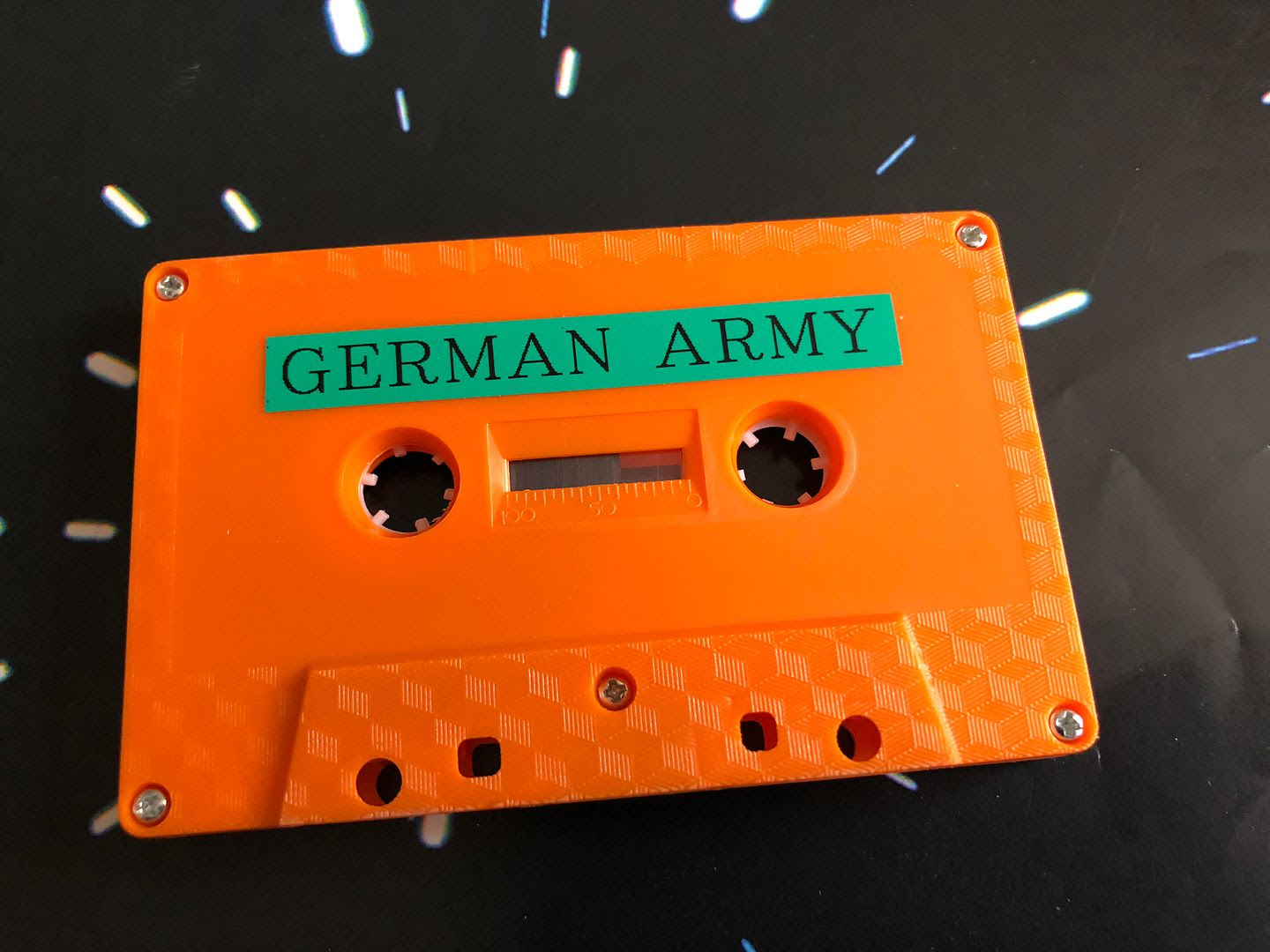 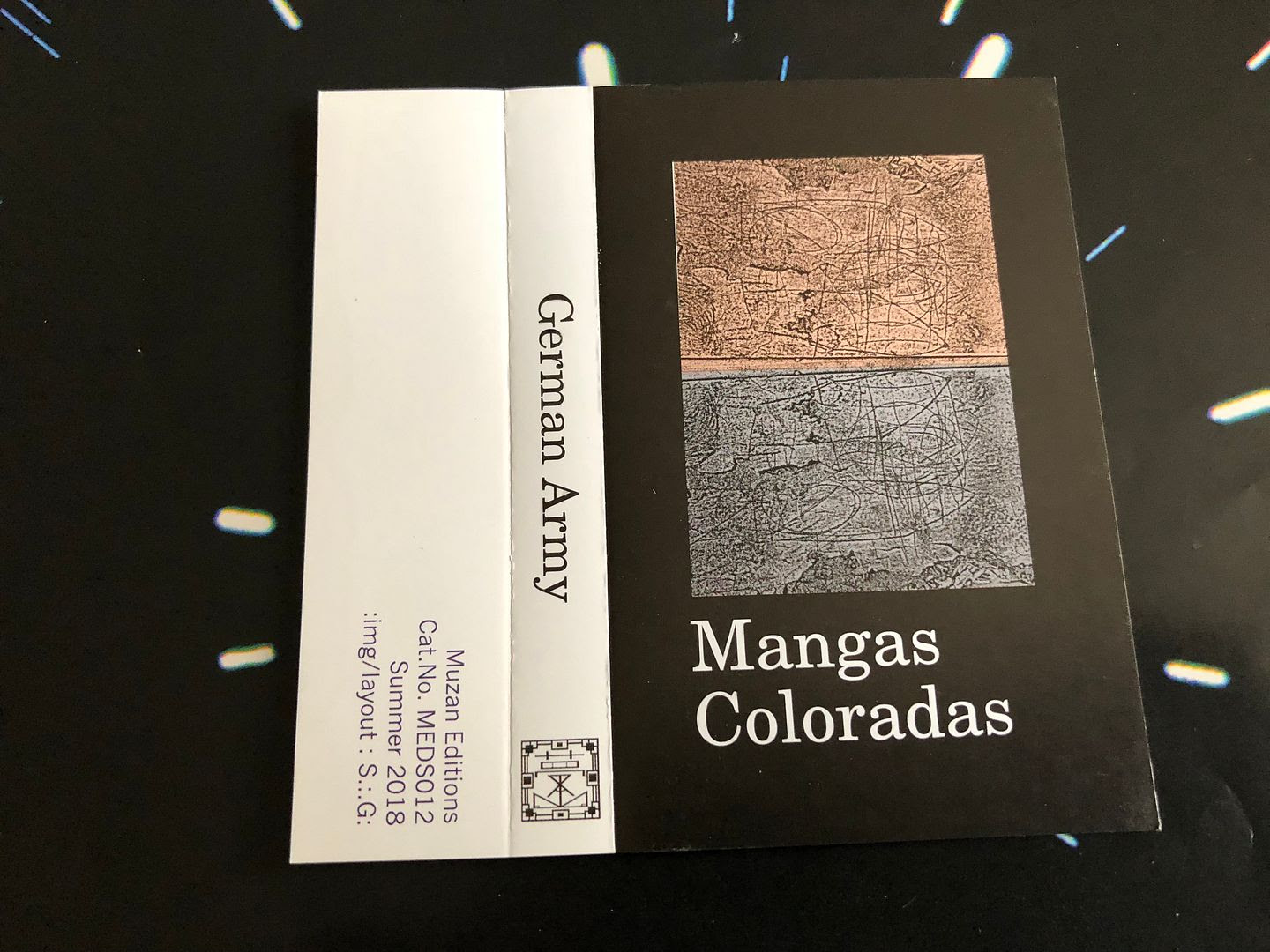 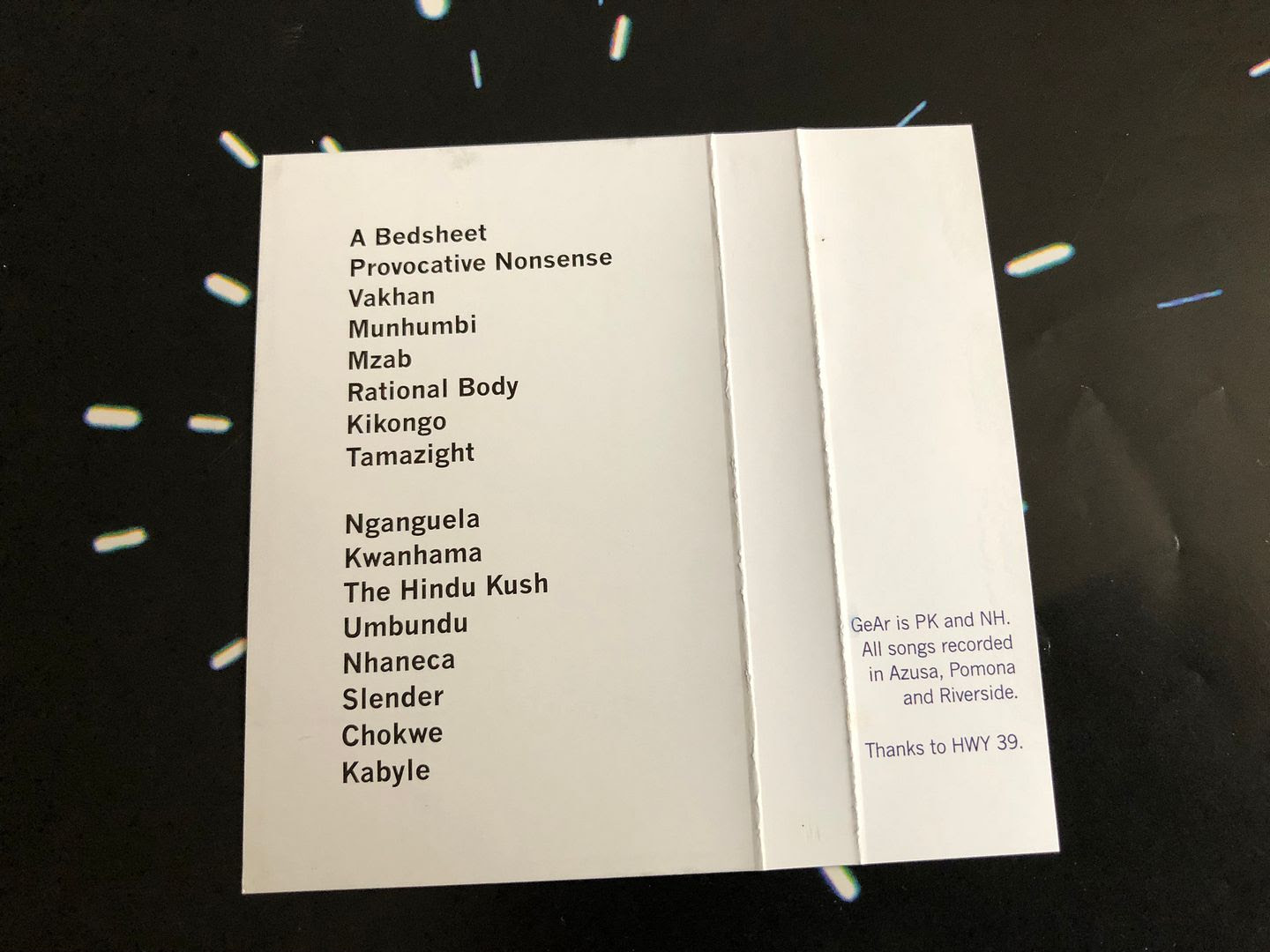 Posted by Joshua Macala at 2:16 PM